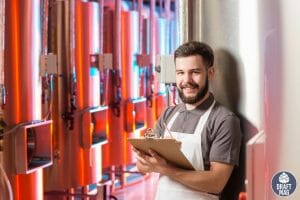 Here is the list of the top breweries to visit on your trip to this Texas city. Don’t forget to order their best brews!

The original creators of “Black is Beautiful,” this brewery is known to have a friendly environment and delicious craft beer. They are also famous for the Northeastern style IPAs, Stouts and Sour beers. Weathered Souls was founded in 2016 and provide some of the best barrel-aged beers in San Antonio.

Their Marshmallow Vanilla Stout is a rich and delicious Pastry Stout with the perfectly balanced bitterness and sweetness of marshmallows. It is brewed at 11.3 percent ABV. Rule 4080 is a delicious, light, crisp Pale Ale brewed at 5.2 percent.

Thie brewery opened in 2017 and has brewed some of the best finest quality beers in all of San Antonio. They usually have 16 different varieties of beer styles running on tap. Their beers have won them awards and plenty of medals.

They have a cozy taproom, a small Gameroom and a concealed area that stores the brewing equipment. They follow a classic Bavarian brewing tradition, with American boldness and a German heart.

This is one brewery that pairs its craft beers with artisanal pizza and sandwiches. One of the best San Antonio breweries with food, their beers are inspired by San Antonio’s flair for good food, art, music and rich culture.

The Buffalo Hump 1840 IPA is a classic Belgian beer at 6.5 percent ABV. It has a long-lasting hop character with some fruity bitterness thanks to the dry-hopping technique. The beer is well balanced with light maltiness alongside fruity backbone.

This brewery has a wide range of both beers and whiskeys to serve. They focus on the wilder side of beers like wild ales and dark Stouts, but if wild beers are not for you, they also serve some classic Lagers and Wheat beers. They have both beer and whiskey tours you can sign up for to experience the richness of beer making and distilling. 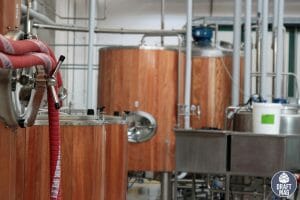 Their Strawberry Milk Stout brewed at 5.3 percent ABV is their most famous beer that brings the deliciousness of chocolate-covered strawberries in the form of beer. Their Sunday Morning Coming Down brewed at 7.1 percent ABV is a robust Cold Brew Coffee Dessert Stout filled with mild flavors of peach, fig and rich creamy coffee.

This brewery is run by a couple who started brewing good beer out of a sheer passion for the beverage. They started it off as a hobby that today is a gorgeous and welcoming open taproom in the neighborhood perfect for families and friends to get together. They brew some delicious traditional and also experimental seasonal beers.

Their latest addition is the Hashtag Beer, an American Amber Ale at 5,8 percent ABV. It has delicious notes of toffee, caramel and a bread crust. Hops for the Day is their best-selling West Coast IPA brewed at 6 percent ABV. This beer has a brilliant yet balanced grapefruit bitterness and was brewed in support of creating mental health awareness.

This is one of the oldest craft breweries in San Antonio. They are known to use all organic ingredients mostly sourced locally and English-style cask beers. This brewery opened in 1996 and in 2004 they opened a bike shop next door to encourage people to explore the historic city for its rich heritage and culture. This is one of the best San Antonio breweries near Riverwalk.

Their Apache Amber Lager is a classic German Lager that is slightly hop-forward with low bitterness brewed at 6.0 percent ABV. The beer is a refreshing and crisp beer with a clean finish, making it a perfect summer beer.

This brewery is yet another one on the list of old breweries in town. They opened in 1997 and brew the signature Golden Ale. Inspired by the Alamo defenders, their beers stand for independence and courage.

They have a spacious brewery, a brew garden, and an outdoor patio with dedicated event space. They have a limited series draft list for the ones who enjoy a beer tasting.

The Alamo Golden Ale is their signature beer and an absolute must-try. The beer is a light-bodied drink with a light malty backbone and clean mouthfeel.

Fine-tuned with ultra-chic interiors and a gorgeous green outdoor space filled with the freshness of trees, Southerleigh is a unique brewery with an open kitchen and a happy vibe. They brew a limited range of beers and are experts in Lagers. This is a brewery for foodies by foodies. There is a well-paired dish for every beer they offer.

It’s Tart to Say Goodbye is a delicious fruited Sour with a flavor punch of peaches, cherries and lemon. Hasbulla’s Revenge is another classic, thick and robust Russian Imperial Stout with roasted coffee and dark chocolate brewed at 11.5 percent ABV.

This brewery is located in a hidden cozy spot that brews everything from fun stand-alone styles to inventive and experimental brews. The brewery is veteran-run and opened in 2013. It uses energy-efficient sources to brew tasty beers and locally sourced ingredients. They have 23 beers on tap at the moment.

Their Velvet Slipper Nut Brown Ale, Hill Country Lager and the Wee Heavy Kevy Scotch Ale are some of the best beers. All of these are robust, clean and crisp beers.

This brewery is one of the many breweries to be dog-friendly and kid-friendly. It is relatively new as it opened in 2019. It is a perfect place to enjoy a long summer Sunday with family and friends.

You can bring your own cards or pick something from the range of games they have in stock, or simply come here to enjoy a weekend live music session.

To Drill Or Not To Drill is their traditional Gose beer at 5.5 percent ABV. It is filled with coriander, sea salt and some spices. The Zeus Juice is a Hazy IPA at 6.9 percent ABV filled with citrus and passion fruit notes and plenty of hop character.

This is not technically in the city, but worth a mention in the list of best breweries in the outskirts of San Antonio. The brewery is located in the middle of rich landscapes and giant Oak trees. Tables are spread out on the vast open land, giving countryside vibes. Imagine drinking a quality draft facing stunning green landscapes.

Aloha Pina is a delicately brewed Golden Ale with fresh Pineapples and Roasted Jalapenos brewed at 6.4 percent ABV. The Tropical Princess is a beer brewed at 6.8 percent ABV and infused with flavors of fresh mangoes and pineapples.

This is an IPA-loving brewery that is run by two former chemists at a food-testing lab, hence the name Black Laboratory. They use science to produce experimental, creative and wacky beers. They also have some seasonal specials on rotation. The brewery hosts events like morning Yoga sessions, bike rides, tours, happy hours and more to keep you hooked. 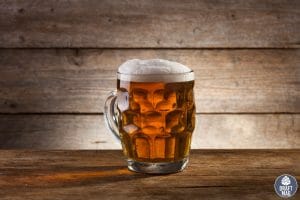 This is a relatively new brewery that serves some classic beer styles and artisan pizzas in their 700-degree brick oven. Their doughs are freshly crafted in-house. They take pride in providing their neighborhood with an ideal communal gathering place.

This brewery reflects aptly on the culture of San Antonio. Their beers are inspired by the unique fruits and flavors you get in and around the city. This way, their local beer reflects strongly upon the cultural and historical heritage of the neighborhood.

They are brewers of rich, spontaneous and experimental San Antonio craft beer and usually have up to 10 beers on tap.

This is a friendly ice house in Texas. They are an extremely tiny stall-like brewpub that serves tasteful beer and has a cozy outdoor patio area. They have 76 beers on tap and over 300 bottled and canned beers.

This is also a kid and dog-friendly zone, making it perfect for a picnic day with the family or a small friend’s get-together for game night.

This is a small-batch brewery offering up to 12 draft beers on tap. The owners started out as homebrewers in their garage space. Their brews are more craft-centric and less fame centric.

They brew only for the love of beer, which is why they prefer remaining small to maintain their quality. They have a dedicated friendly staff and a taproom or brewpub that is extremely simple and aesthetically pleasing.

One of the finest breweries in San Antonio, Pearl Brewery has stood its ground through several ups and downs through the craft beer revolution. It dates all the way back to 1883 when it was first founded. Over the years, the brewery was left shuffling in the hands of many.

It is located in one of the most lively areas in town. With night markets being hosted around the corner, the foot flow is only on the upside for Pearl. Today, this is a chef-led restaurant that brews beers full of respect for the history and hardships this beautiful brewery and its people have endured. They house award-winning restaurants and a variety of shopping options.

Longtab is a veteran-owned brewery that brews beers to honor the culture and veterans of the US Army called the Green Berets. They specialize in German-inspired beers that are clean, crisp Lager brews. The owner and the head brewer of this brewpub are retired Green Berets.

Their taproom has a menu list of Belgian, German and Texas cuisine. Most of their ingredients are sourced from local Texas farms. They also roast and serve their own freshly brewed coffee.

The Originals is a German Hefeweizen at 5,3 percent ABV. It is a hazy medium-bodied Ake with a light and crisp finish and classic notes of banana and maltiness.

DOL is a Belgian Golden Strong brewed at 10 percent ABV. It has strong pineapple and orange aromas It is proudly named after the main goal of the US army — De Opresso Liber — which means to liberate the oppressed.

This is the biggest destination brewery located in town. It is just outside of Austin, spread across a 21-acre property and offers hyper-local food and beverages. The brewpub also has a gorgeous outdoor setup overlooking Texas Hill County. They also have a farm and a private event space for live music sessions and private parties.

Lorenzo is a Mexican Dark Chocolate Imperial Stout brewed at 9.1 percent ABV. It is an extremely malt-forward beer with a fullness of vanilla and dark chocolate aromas. Daybreak is a robust Barrel-aged Golden Ale brewed at 9 percent ABV. It is full of bright notes of orange zest and pineapple and some earthy esters.

The San Antonio breweries map is full of rich craft brewing experiences from both civilians and veterans. The long list of breweries in this area of Texas is too long, but here are some of the best takes that produce some of the finest beers in the city. 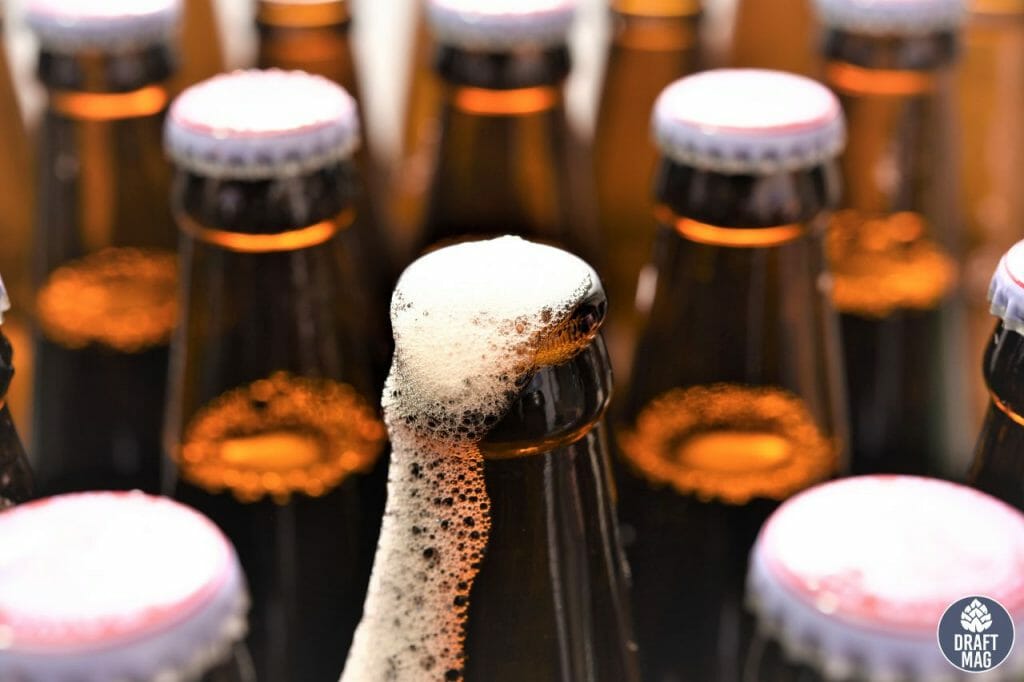 Now that you know the 19 best breweries in town, when are you planning to begin your beer hunt, and which brewpub are you raising a toast to?