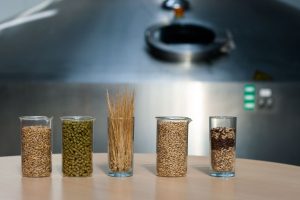 Biotransformation hops are the result of the interaction between two of the most crucial elements in brewing: hops and yeast. Apart from fermenting barley sugars to alcohol, the true art of brewing appears when hop chemicals are changed in a biological process to contribute completely new flavors and fragrances to beer, a process known as biotransformation. In this article, we’ll spill more secrets about biotransformation hops as well as a few other aspects.

Biotransformation is the process by which yeasts convert less desired hop chemicals into more desirable robust flavors and fragrances. Yeast is responsible for bringing dormant hop flavors to life. During fermentation, yeast metabolizes carbohydrates and transforms them into alcohol and carbon dioxide.

In addition, yeast produces enzymes like -glucosidase and lyase. These two enzymes are vital in biotransformation as they allow aromatic chemicals to be released. Brewers utilize these enzymes in the future to improve the sensory character of the final beer.

The Connection Between Hops and Biotransformation?

Hop is crucial in the manufacture of beer, owing to its contribution to scent and bitterness. Hop chemical composition includes tannins, also known as polyphenols, hop resins, and hop oils, in addition to water and different proteins. Each of these factors would influence the sensory character of the finished beer.

Hops also contain a chemical known as glycoside, which plays a vital role in biotransformation. Glycosides are compounds that have a sugar molecule linked to another. Hydrolysis is the process through which glycosides are liberated. In the brewing process, a combination of monoterpene with carbohydrate generates Hop-derived glycosides. Thus, resulting in a molecule with no scent and no sweetness.

Brewers have been looking for new and novel ways to improve hop aroma and flavor because of the growing demand for hop aroma types, among other causes. Brewers often add dry hop during fermentation. Adding hops during fermentation adds a lot of flavor to beer without considerably raising the bitterness.

As a result, hop biotransformation might be a viable option for optimizing hop utilization by altering the ratio of certain aromatic compounds and, as a result, changing the variety of flavors and aromas in beer.

Here are the most common compounds present in hops.

Esters are generated when organic acids and alcohols produced during fermentation react. They are formed predominantly by yeast hops fermentation and depend on three aspects of the process: yeast traits, wort composition, and fermentation conditions.

Brewers strive to master all three to get the flavor and fragrance they desire in their beers. The yeast strain used is crucial in influencing the kind and amount of ester present in beer.

Thiols and other sulfur compounds are other molecules present in hops that you may convert into distinct fruity flavors and fragrances. Thiols make up less than 1% of hop oils, yet they may give beers a tropical fruity flavor. While some hops contain free thiols, most thiols are inactive because they are attached to protein-type molecules.

As a result, biotransformation of these bound thiols to free (active) thiols is a crucial step that allows the brewer to use every thiol compound per gram of hops to its full potential, therefore saving money on the hop.

The glycoside is a molecule with two parts: a carbohydrate and an aglycone. Glucosides have glucose as their carbohydrate. This aglycone can be perceived as an extra scent or flavor by the nose or tongue. Unfortunately, when linked up in a glycoside, aglycones lose their taste.

The aromatic chemicals are undetected and ready to be released when bonded to sugar. However, ravenous yeasts with an insatiable appetite for food have enzymes that can split the glycosides in half. Thus, aromatic chemicals become volatile and liberated.

Terpenoid is a chemical compound present in hop oils. Terpenoids have various sensory appeals. You may convert it into the floral fragrance molecules citronellol, nerol, and linalool. Another terpenoid component, alpha-humulene, is transformed into caryophyllene, which gives the beer a black pepper flavor.

These highly fragrant chemicals are so insoluble in water. When introduced during dry-hopping, they rarely get it into the final beer. Since oxidized hop terpenes are more highly soluble in water than unoxidized hydrocarbons, they are more likely to sustain the kettle boil.

However, due to the chemical changes during transesterification, their influence on the final beer is difficult to assess.

Here we’ll discuss a few things to keep in mind before trying biotransformation. 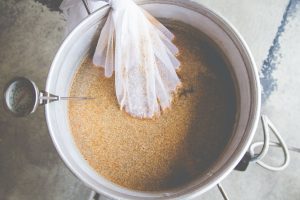 Yeast is the driving factor underlying biotransformation. Consider a yeast cell as a factory where raw materials such as hop components are transformed into flavor and fragrance molecules. Enzymes, which are microscopic industrial employees, work in these yeast cell factories. These enzymes are responsible for converting hop chemicals.

The yeast enzyme NADPH dehydrogenase, for example, converts geraniol to citronellol. Citronellol has a zesty, sweet scent. As a result, terpene-rich hops like Riwaka release geraniol into the wort. Later they biotransform to generate the citrusy citronellol taste.

When crafting a beer recipe that needs biotransformation of hop chemicals, yeast selection is critical. The variances in yeasts may be linked back to the yeast strain genetics, which allows some yeasts to produce active versions of the enzymes needed to change hop chemicals.

You can also dry hop with complementary hops. If you used Centennial as your previous hop, you should try another C hop like Cascade or Citra. The citrus aromas will accept each other rather than compete. You should dry hop your pale ale with three different hops if you used three variety hops late in the boil.

Last but not least, the biotransformation hops timing can influence the hop compounds that the yeast biotransforms. Hops may be added to your brew at numerous stages: primary, secondary post-fermentation, and in the keg.

Depending on the beer types you are attempting to homebrew, the dry-hopping step differs. Since the hop oils extracted at each stage are different, the method must change as well.

The change in flavor depending on the timing of adding the hops is like night and day. Hop is often introduced late in the kettle boil or early in the dry-hopping process to increase the number of terpenoids absorbed into the wort.

On the other hand, dry-hopping or adding hops during fermentation is favored for extracting thiols from hops and making them available for biotransformation.

Here are a few hops to try with biotransformation.

It is frequently used in dry-hopping to enhance the lemon/orange citrus flavor. Since the myrcene oils that give the hop its grapefruit/orange flavor are so concentrated, misuse of this hop can result in a metallic taste.

The famous Cascade I was the only beer that defined the American Pale Ale style. The high quantities of myrcene oil in Cascade give it a zesty citrus flavor and scent.

Cascade is a dual-purpose hop commonly used as an aroma hop and for bittering. The vibrant citrus is complemented by delicate floral and spice notes, completing the profile.

Sabro is an aroma hop with a rich taste profile of fruity and citrus notes. It smells like tangerine, coconut, tropical fruit, and stone fruit, with traces of cedar, mint, and cream thrown in for good measure.

Sabro is a highly expressive hop that communicates its taste exceptionally well into beer, thanks to its powerful brewing performance. It has a pleasant bitterness profile and a complex, well-translating collection of aroma/flavor qualities, making it one of the most well-rounded hops.

Idaho 7 combines tropical fruit and citrus with resinous pine and black tea undertones. Due to its intense scent and flavor, it is used for aroma and dry hopping. Although, it contains enough alpha acids to give good bitterness.

Its originality comes through in the form of a herbal flavor that blends well with the citrus to resemble exquisite earl grey tea. 007 is a versatile hop that can brew used to carry a recipe, but it performs best when combined with Citra or a bittering hop like Warrior. 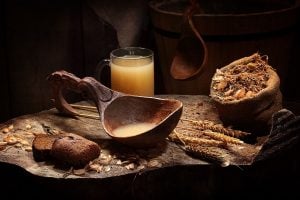 Biotransformation is intriguing, yet owing to its intricacy it is still little understood. The term biotransformation is a new buzzword in the beer world today, but it is nothing new. It’s what yeast does to everything it eats. It’s how our cells react to the stuff we eat.

It’s the process by which our bodies absorb alcohol and convert it to acetaldehyde, a more water-soluble form, so that we can excrete it and avoid death from its toxicity. When constructing one’s ideal beer, remember to note the choice of hops, yeast, and hop addition time to get the desired flavor and fragrance.