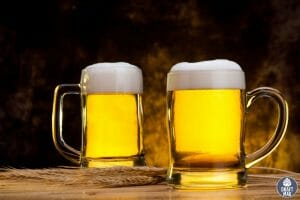 If you’re looking for top breweries in Sacramento, you’ve probably heard of the bustling craft beer scene in this California city. California has always been known for its vibrant American beer movement, and Sacramento was not left behind.

Sacramento offers some of California’s best and even most dog-friendly breweries, starting with Urban Roots Brewery and Smokehouse. Let’s explore these top breweries in the expert-curated list below.

The Best Breweries in Sacramento

With the Sacramento beer scene being a vibrant and fast-growing scene, you can expect loads of breweries, taprooms, and bars. We compiled the top 15 choices out of many options and compiled a list below, along with their best beers. Let’s take a closer look.

We’re starting our list with one of the best beer companies in Sacramento. Urban Roots is an independent craft brewhouse and BBQ smokehouse, a perfect combination for anyone in Sacramento. The brewery is designed to bring people together with beers, and some of their best options include:

The brewery offers seating indoors, at the bar, and in the beer garden, regardless of where you enjoy your beers. Also, seating is arranged first-come-first-serve. Urban Roots also organizes regular events to keep its customers engaged and a fully packed menu with a wide range of foods, including a kid’s menu and salads.

Bike Dog was founded on the belief that good people deserve a good beer, and you can be one of these people at one of their two locations in Sacramento. The brewery was founded by four friends who enjoys bikes, dogs, and breweries and offers a selection of top beers, including:

Bike Dog has its dog-friendly tasting room in West Sacramento, so visit here if you’re drinking with your furry friend. Their cans and bottles are also distributed to different establishments in Sacramento. You can buy their merch online and participate in trivia and game nights weekly at the brewery.

Device Brewing Company is next on our list, a kid-friendly and dog-friendly brewery in Sacramento. Device has three locations in Sacramento, and you can enjoy top beers like these below whenever you visit anyone of them. 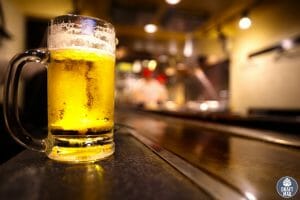 Device is owned by Ken Anthony, who has loved beers since the 1980s. By 2013, he opened the brewery with his co-founders, and now Device beers are distributed outside Sacramento in California. The brewery also includes an events space to hold parties.

New Helvetia is another top brewery for beer lovers in Sacramento. The brewery is located at 1730 Broadway, a building originally built in 1925. It was previously the location of the Casa Grande Tortilla Factory, but it’s now a place where friends eat great food and drink delicious beers like our recommendations below.

Aside from enjoying their high-quality beers, you can eat food from the featured food trucks, watch games or learn about their brewing process. The brewery is constantly holding events like happy hour, open mic night, running clubs, flag day, and flight discounts.

Beer enthusiasts looking for a farm-to-table choice can check out Ruhstaller Brewery. The sustainable brewery grows its beer ingredients, and you can visit their farm at the taproom. If you’re not sure what beers to start with, here are some recommendations:

Ruhstaller Brewery also has loads of events for its customers to participate in. These include live games, music, and shows. Another unique part of Ruhstaller Brewery is the BSMT taproom. It is located in Sacramento, two blocks away from the Ruhstaller Building. There, you can enjoy 16 taps of small-batch experimental beers.

Well-known for naming their beers with unique titles, Moska Brewing is another one of the top brewing companies in Sacramento. The brewery was founded in 2017 with a wide range of hop-heavy kolshs, complex beers, ales, porters, stouts, and lagers. Here are some top beers from Moska.

Moska Brewing focuses on going deeper than the alcohol content and availability of beers and looking at individuality, heritage, and tradition. You can look out for different food trucks when you visit the taproom. Check out the schedule to know what will be available or if you should buy your own.

Next on our list is New Glory, another top place for beer when you’re in Sacramento, California. The brewery is known for its interest in always experimenting with new flavors and beer styles, so you can expect something new whenever you visit their taproom. They are primarily known for their sessionable IPAs and bold stouts.

Aside from beer, New Glory has a delicious menu, with foods well-paired with the beers. You can make a reservation or visit the taproom. The menu includes starters, salads, small plates, burgers, desserts, and pizzas. You can also choose beverages apart from beer, and the menu is kid-friendly.

Another top brewery for beer enthusiasts in Sacramento is Alaro brewery. It gets its name from “Ballestero,” a surname rooted in medieval Spain. Ramon Ballestero was the lord of Alaro Castle, and the brewery pays homage to this ancestral name. Even the name of their beers follows this route, with some top choices being:

If you want a unique food menu while in Sacramento, Alaro Brewery expertly combines food with beer. You can check out some of their house specialties if you’re unsure what to order. They also have a full menu of pub food, seafood, bites, salads, and brunch.

Tower Brewing is another award-winning brewery in Sacramento, as it recently won the bronze medal in the Hazy IPA category at the 2021 California Craft Brewers Cup. This was given to the Monkey Knife Fight Hazy IPA, one of their top beers. Other recommended brews include:

While enjoying the beers at Tower Brewing, you can also participate in fun events. These include Sunday Jam sessions, hip hop nights, open mic nights, trivia nights, reggae hangouts, and even roast battles. You can check their website and RSVP for the events you want.

Fieldwork has multiple locations in California, one being in Sacramento. The award-winning brewery is known for focusing on honest beer-making. They offer a constantly rotating selection of fresh beers, food, and fun events. Some of their beers include: 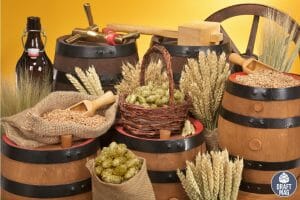 You can order beers from Fieldwork online, buy their merchandise or make reservations at least two months in advance. Although the taproom allows walk-ins, you can secure your seat. You can also come with your children and well-behaved dog.

Fondly called OPB, Oak Park is a fun place to enjoy a beer in Sacramento. It’s the ideal choice for anyone who wants a brewery that brings the community together. The brewery has become one of the essential parts of the Sacramento craft scene. Some of their best beers include:

One of the highlights of OPB is its support for local artists and nonprofits. They host beer releases and concerts and give proceeds to the nonprofits. Also, each can of their beers is a 16oz canvas, and their artists design the beer cans. This way, you can enjoy your beer while appreciating local art.

If you’re looking for the best brewery in Sacramento for sour and fruity beers, you can check out Burning Barrel Brewing Co. This city is located in Sacramento County and offers delicious beers every day of the week. When you visit, you can try out beers like:

Burning Barrel’s highlights are the food truck and beer releases. During the week, you can expect local food trucks like Uncle Johnnys Pizza, Buenos Aires Grill, The Philly, and Loadid, so you can visit the brewery based on the food truck schedule. Keep in mind that it’s subject to change.

Another place for some of the best beers in Curtis Park, Sacramento is Track 7. The brewery has a fun taproom that is kid and dog friendly so you can bring your furry friends. They also have food trucks stop by most days. Check out these top beers when you visit:

The brewery has all kinds of beer inspired by America, English, Belgian and German styles. You can also participate in their events if you want to get the most out of your beers. These include beer weeks, disc golf, Father’s Day or Mother’s Day, giveaways, and other fun holidays.

Those interested in a family-friendly brewery can go for the SacYard Community Tap House. Founded in 2017, the brewery promises a unique craft experience. This starts with their top-notch beers, which cover various styles. They also offer a stunning selection of wine.

Along with the bees at SacYard, you can access delicious food made with farm-fresh ingredients. These are provided by food trucks, delivery services, and pop-ups. Their taproom, Biergarten, allows kids and dogs to enjoy playing with the different amenities. The pub has 24 beers in its selection and communal seating.

Rounding up our list is Jackrabbit Brewing Co, which is open seven days a week for a full beer experience. You can enjoy the pints of beer in the taproom, pick up brews on the curbside, and look out for weekly beer releases. Some top beers include:

Jackrabbit features fun live music that you can enjoy while at the taproom. They also feature a selection of food trucks serving all kinds of meals. The events calendar is also packed with fun activities including brewfests, industry nights, trivia nights, workshops, and more.

With this article, you can enjoy beers at the top breweries in Sacramento. Here are the breweries that we recommend you visit: 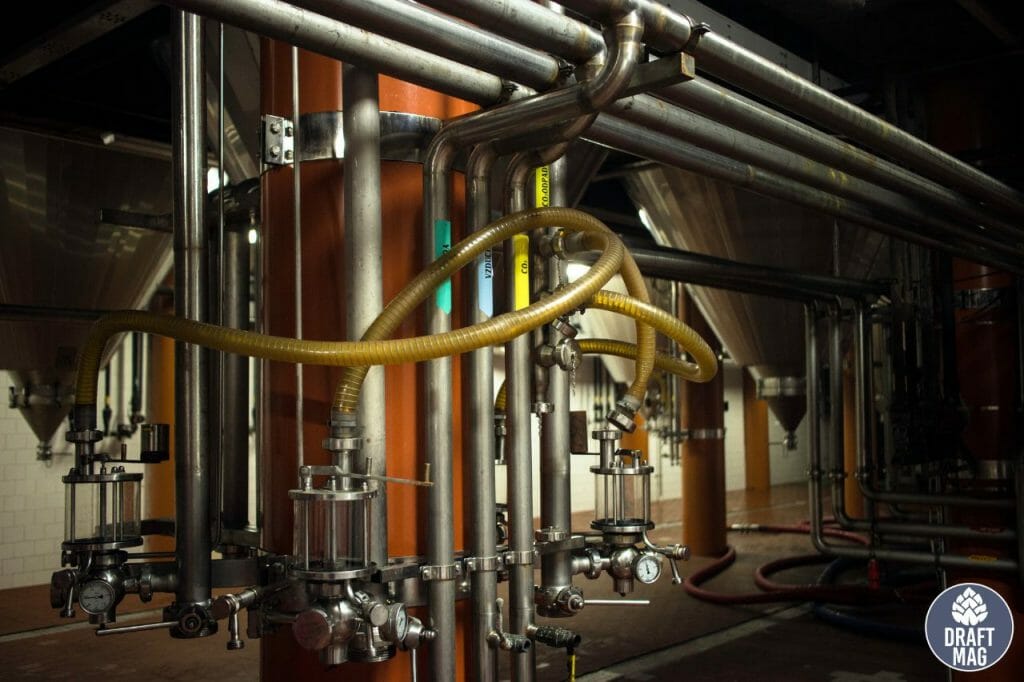 Through our guide, you can raise a glass of cold beer in some of the best beer spots in Sacramento. With a variety of local pints and fun experiences, the brewing experience in the city is best for any beer lover.