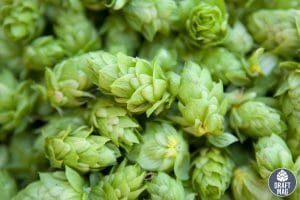 Cascade hop is one of the most well-known types of hop in the beer-making industry. Used all around the world for numerous types and styles of beer, this is one ingredient that really packs a punch.

This complete guide will offer you a deep insight into the Cascade hops, where to buy Cascade hops, and what beer styles you can brew with it for a better understanding of this hop.

What Is Cascade Hops?

Cascade hop is one of the most significant and most commonly used hops in the American Pale Ale variety of beer. These hops are full of zesty grapefruit flavors and aroma as a result of the myrcene oil present in them.

There are many Cascade hop varieties out in the market right now with its increasing global production. Still, there are some core characteristics that remain the same. Here are a few that you need to remember.

The Cascade hops aroma has a very zesty and grapefruit-like flavor and essence, which gives it a mild tropical feel. It has some citrus notes like lemon. It also has a floral and spicy quality that is distinct to your taste buds and nose and relatively high on myrcene oil.

The bitterness is not extreme or aggressive and forms a perfect balance of flavors for many experimental beers. The many layers of flavor and smell are why many brewers use this in the double hopping process of brewing. The Cascade hop is mostly used as the aroma hop, but single-hopped craft beers use it as a bittering agent too.

The Cascade hops plant was engineered to grow in most climates, be it the hot summers in Australia or the varied climates in America. Its growth rate is also medium to high and it is very easy to harvest, making it a popular choice among hop growers.

The full-grown cones of the Cascade hops are very dense and medium in size — a little elongated in some cases. The color of the cones ranges from light green to dark green.

The shelf life of the Cascade hop is not very long. It retains a 48 – 52 percent alpha acid for only up to six months when stored at a controlled 20 degrees Fahrenheit. However, this is not a major problem for farmers and brewers because of the high usage and sales rate of this hop.

Owing to the rise of the craft beer scene, Cascade hop has found a significant place on the map. Brewers have developed various varieties and almost all continents across the globe are now growing different versions of the Cascade hop to brew their experimental beers.

The US variety of Cascade hops is mostly characteristic of the original version developed at Oregon State University. Most productions in this country have stayed true to the original with their zesty grapefruit flavor and mild bitterness.

This variety of Cascade hop was first grown in Tasmania, Australia. This hop contains less myrcene oil than the parent version and more humulene oil, among other differences.

Another version of the Cascade hops is produced in New Zealand. However, it has a closer resemblance to the American one than the Australian variety. The same zesty grapefruit taste and smell and spicy notes make the New Zealand variety quite closer to the original.

If you want to buy Cascade hops, here are a few recommendations:

These are local producers or sellers. You can either pre-order and get them delivered or pick them up from their farms or stores themselves.

Best Beers That Use Cascade Hops

Cascade hop has been used in many commercial beers and craft beers. Here is a list of the best beers made with Cascade hops that will help you understand the depth of flavors and know how these hops work differently for every beer. Do try them out before selecting your favorite.

Moreover, Cascade hops are an excellent alternative for centennial hops, with similar taste and flavor profiles. 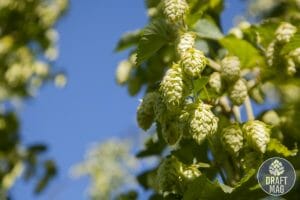 Cascade hops originated at the USDA hop breeding research event in the USA. These hops are majorly used in Pale ales. However, some stouts and hefeweizen also see Cascade usage in small amounts.

The American hop industry dates back to the 1860s. However, at that time, the market was restricted to only a few types — the most prevalent one being Cluster. The Cluster hop was very bitter and did not have much depth of flavor.

The other varieties that were available in the American market like Saaz, Tettnang, and Hallertauer Mittlefrueh, were imported from Europe, which was a costly affair for brewers.

Soon, there came the initiative to change the homegrown hop scene of America. Thus, a USDA hop breeding program at Oregon State University was set up to transform the craft beer industry. This gave a real boost with new experiments in growing hops.

New flavor profiles were developed and brewed, transforming the craft beer scene. Back in the day, before the USDA program, the Cluster hop formed 90 percent of the hops available in the Oregon state USA.

Problems did not end here, as the Downy Mildew blight affected the new hop varieties and none of the new ones seemed to cope with this disease other than Cluster. That is when Dr. Stanley Nelson Brooks did new research and engineered a hop variety by open pollination of English Fuggle and Russian Serebrianker hops. That is how Cascade hop originated and came into existence. Back then, it was known as the sample USDA 56013 before commercial production was started.

In 1967, the researchers at Oregon State University gave the go-ahead to start a small production of the Cascade hop to farmers. Due to its resistance to the Downy Mildew and the flavor profile, it almost tasted like the Hallertauer Mittlefrueh from Germany. This was bound to become an instant hit in America as the Hallertauer Mittlefrueh was imported in large quantities by the local brewers in the USA.

The big giants in the beer market did not welcome this new move of growing engineered American hops. It was a hard sell for them. They looked down upon its origin and did not have faith in its flavor profile, but craft beer makers were not very opposed to this new idea and were eager to buy Cascade hops for their many qualities.

In late 1960, the German hop fields suffered a disease called Verticillium wilt, and the import of hops suffered a lot. This finally led macro brewers to take notice of the new experimental hop varieties.

In 1972, USDA 56013 was named the Cascade hop, inspired by the mountain range in Oregon state by the same name. After this, the farmers started their first commercial production to sell to brewers.

The first takers of the Cascade hops were the Coors Brewing Company, but Coors always brewed very light varieties of beers and that did not go well with the strong Cascade hop. They had to tone down their Cascade hop usage and it was almost about to vanish from the market.

But there was a sudden change in the craft brewing in America at this time. Many new breweries started coming up with experimental beers. The old breweries, too, started experimenting with flavor profiles and the bitter Cascade hops found a home in pale ales.

The first craft brewer to take an interest in the Cascade hop was Fritz Maytag. He found the perfect use of it in ales and named the new invention Liberty Ale. To date, Liberty Ale is known as the first American IPA after the prohibition was lifted, giving it instant popularity.

By this time, many other local breweries and experimental brewers had started noticing this new and local American hop and were keen to buy Cascade hops.

The Cascada hop is easy to cultivate and can grow in any climate. Here is a quick recap. 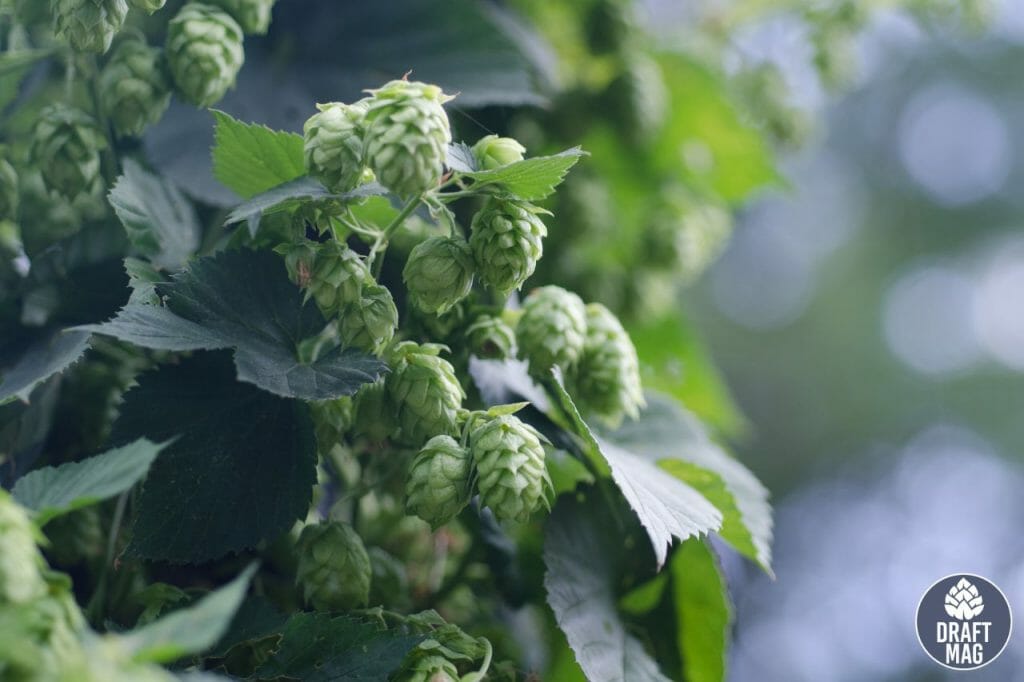 If you are a hop enthusiast or a passionate brewer, you can definitely try to grow your own. You can end up with the most flavorful and fun hop cultivating and beer brewing experiences!