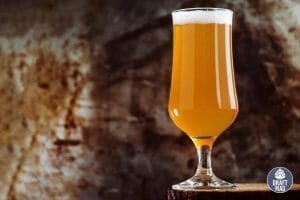 The cider vs beer debate is getting a lot more attention due to the increase in popularity of cider outside Britain. Cider, a staple of Britain, is also a fermented and alcoholic drink like beer, which is why more and more people started comparing it with beer.

For some, beer is more flavorful, while others think cider is healthier. To help you with this dilemma, we have compared both beverages in this detailed review guide.

What Is the Difference Between Cider and Beer?

The major difference between cider and beer is the primary ingredient, as cider is made from apples while beer, on the other hand, is primarily made from malted barley. Despite the difference in the main ingredient, both drinks are fermented and alcoholic. Also, beer may contain fruits, but no cider contains malts.

What Is Cider Best For?

Since it is made from fermented apple juice, cider is an excellent gluten-free alternative and is best for most non-beer drinkers. The UK is credited with being the largest cider-producing and consuming country. In the US, alcoholic ciders are referred to as hard ciders to differentiate them from non-alcoholic apple juice.

The main ingredients in cider are fresh apple juice or apple concentrate, sugar, and yeast. Fruit, sugar, and yeast are left to ferment like wine. Unlike beer, cider does not contain hops or malted grains.

The sugar content in cider is much higher than in beer. One reason is the primary ingredient (apple) being rich in sugars. Another is the addition of sugar to balance out the acidity or mouthfeel.

Also, due to the slow fermentation process, sweeter ciders are repeatedly racked to strain the yeast that thrives on natural sugars. However, dry ciders are healthier in terms of sugar content but contain more alcohol.

Ciders are an excellent source of antioxidants, including chemical compound polyphenols. According to a study, this compound is known to have protective properties against certain types of cancers and cardiovascular diseases.

Furthermore, as cider is fruit-based, it is entirely gluten-free. So even a person with Celiac disease can enjoy this alcoholic drink.

The alcohol content in Cider ranges from 0.5 percent to 8 percent ABV, but ciders outside the UK may or may not contain alcohol. In the UK, cider primarily refers to alcoholic drinks made from apple juice, whereas the umbrella term apple juice covers all other non-alcoholic apple juices.

The cider brewing process is straightforward. It involves the selection of fresh apples followed by grinding and pressing to extract the apple juice. After that, yeast is added to the juice and left to ferment at a temperature ranging from 45 to 60 degrees Fahrenheit.

Depending on the temperature and type of yeast used, the fermentation varies. To clear sediments, racking is carried out and the clear liquid is transferred into maturation bottles.

Beer is best for those who are looking for a clean, crisp, and thirst-quenching alcoholic beverage that is perfect for parties, get-togethers, games or hanging out on sunny days. Beer is the third most consumed beverage in the world, so this well-loved drink has produced a wide variety of flavors and forms.

The basic ingredients in beer are malted grains (primarily barley), hops, water, and yeast. Malted grains become the main source of sugar, which is further broken down into alcohol during fermentation. Hops are used to stabilize the brew and enhance the aroma and flavor.

This is what you can expect from your bottle of beer.

Beers are sugar-free. The main source of sugar is grain, but it gets diluted by yeast during the fermentation process, so beers don’t exactly have sugar, but they do have carbohydrates. Generally, beers do not contain fruits. However, some brewers add sugar during post-fermentation to balance out the bitterness.

Beer contains naturally occurring antioxidants called “polyphenols” in hops and malts. However, brewers remove it as it makes the beer look cloudy, so beer lags behind cider in terms of polyphenol compounds.

A recent study by the Harvard School of Public Health revealed that beers contain flavonoids, a type of polyphenol compound that is good for the heart.

Beers always contain alcohol. Typically, it falls in the range of 3 to 13 percent ABV.

It requires both art and science to brew the perfect beer, so the brewing process of beer is more complex than cider. First, brewers brew malt grains and transfer them to the mash tun. Then they boil the wort and add hops to enhance the sensory profile. Finally, they add yeast and leave it to ferment.

– Is Cider Better for You Than Beer?

Yes, cider is better than beer because it is loaded with antioxidants, including polyphenols and other types of vitamins found in beers. It is also gluten-free. However, ciders are very high in sugar and carbs. Despite this, the calorie amounts remain the same in both drinks.

– Is Cider Stronger Than Beer?

Cider contains almost the same alcohol content as beer. It can range from 0.5 percent to 12 percent ABV. The alcohol content of most beer types falls in this range as well. Furthermore, cider could be alcoholic or non-alcoholic, but beer is always alcoholic.

Typically, higher sugar content makes cider contain higher amounts of carbohydrates. Drier cider has less sugar content and higher alcohol content. It is due to the reason that the yeast consumes cider’s natural sugar and leaves the product with less sugar and more alcohol. However, the calories in cider and beer are almost the same.

– Is Cider a Healthy Drink?

Yes, cider is a healthier option as it contains higher polyphenols, which are naturally occurring antioxidants. This compound aids in easing inflammation of the body, lowering the risk of different types of cancer, heart diseases, and diabetes, and fighting against free radicals and cell damage.

– Does Cider Make You Fat?

No, cider doesn’t make you fat or give you a “beer belly,” but drinking in excess may cause health problems as it is an alcoholic beverage. The average cup of hard cider contains 210 calories and a cup of beer contains 215 calories.

It is evident from this Cider vs Beer review that both alcoholic and fermented drinks have several striking differences. The main difference is that cider is made from apple juice, whereas beer is made from malted grains (mostly barley). When it comes to flavor, both drinks have their unique taste and aroma, but beer is more refreshing and vibrant in flavor. 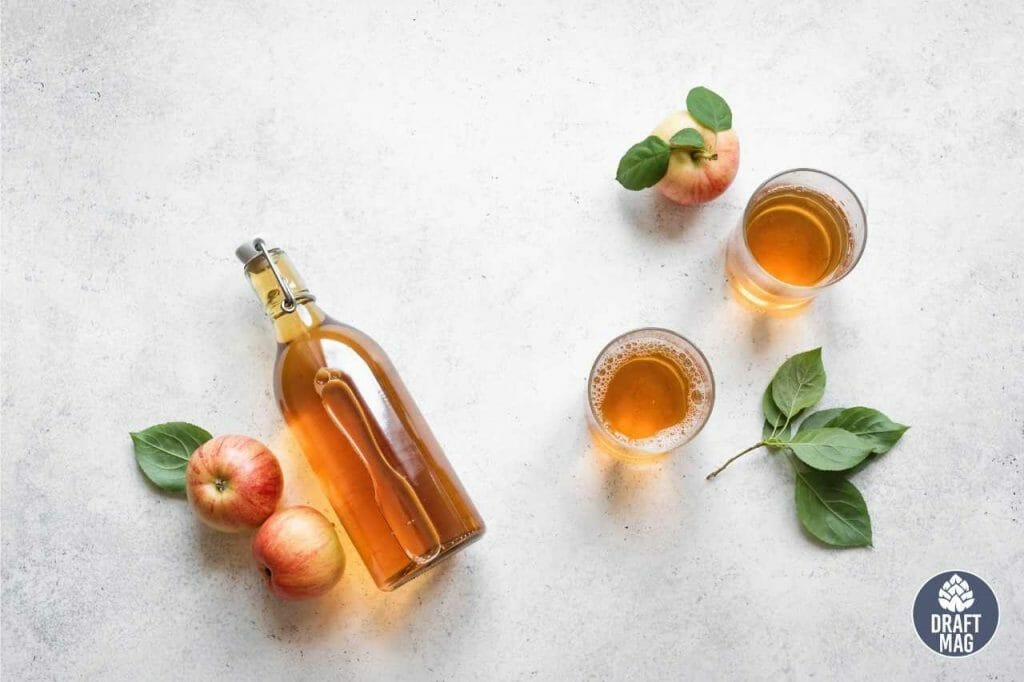 From a health perspective, cider outweighs beer due to the presence of antioxidants and gluten-free properties. However, when it comes to drinking alcoholic beverages, the overall experience generally matters more than nutrients. Maybe this is the reason why beer is still the undisputable winner around the world.