“Does ginger beer have alcohol?” is a typical question asked by new drinkers of this beverage who are wondering if there is any alcohol in the spicy drink. The quick answer is that ginger beer doesn not contain alcohol. 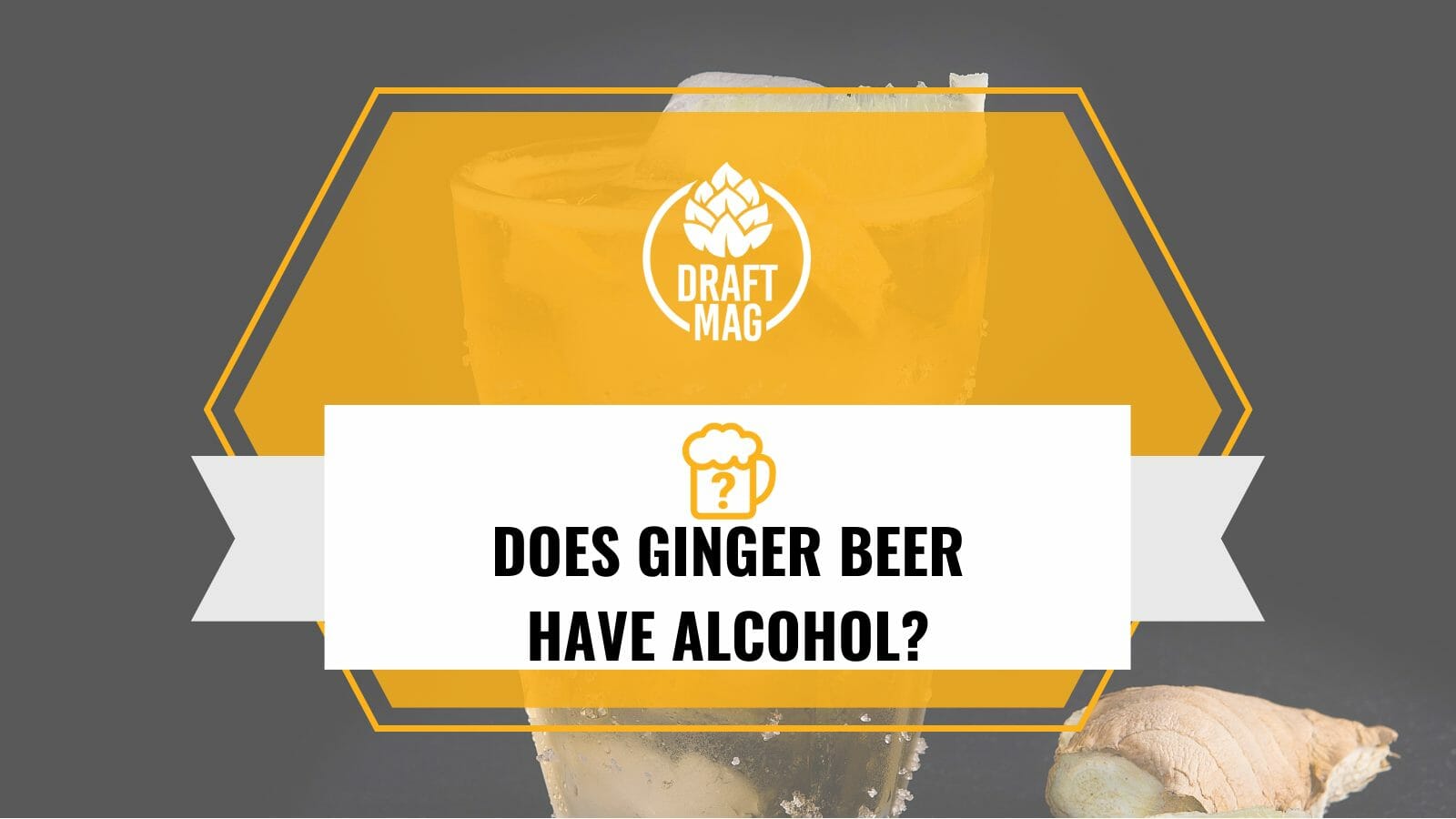 In this complete guide, we will explore the alcohol content of this classic ginger hot spicy beverage in detail, so let’s get into it!

No, ginger beer does not contain alcohol. Although the name suggests that it’s an alcohol-containing drink because it is termed a beer, ginger beers do not contain any alcohol in them. On the contrary, it’s a sweetened carbonated beverage flavored with the spicy notes of ginger.

Ideally, the ginger beer alcohol content is not more than 0.5 percent ABV. Therefore, it is not classified as a strong drink; it’s just like drinking soda spiced with ginger spice. Depending on the concentration of ginger in the beverage, it may present a strong ginger heat.

Ginger beer is a spicy fizzy drink manufactured using a mixture of water, sugar and ginger as the main ingredient. Some brewers may use carbonated water and yeast when preparing it. The resulting drink possesses an intense ginger flavor with a spicy finish.

– What Makes It a Beer

You are probably thinking, why then does the name say beer? To answer that, we’d have to dive into its origins quickly.

You see, initially, ginger beer used to undergo fermentation, which is the main process that imparts beers with their alcohol content. The brewing process involved fermenting the mixture of sugar, water, yeast and ginger spice. However, this is no longer true as the ginger beer produced today is more or less a soda drink with no traces of alcohol in it. 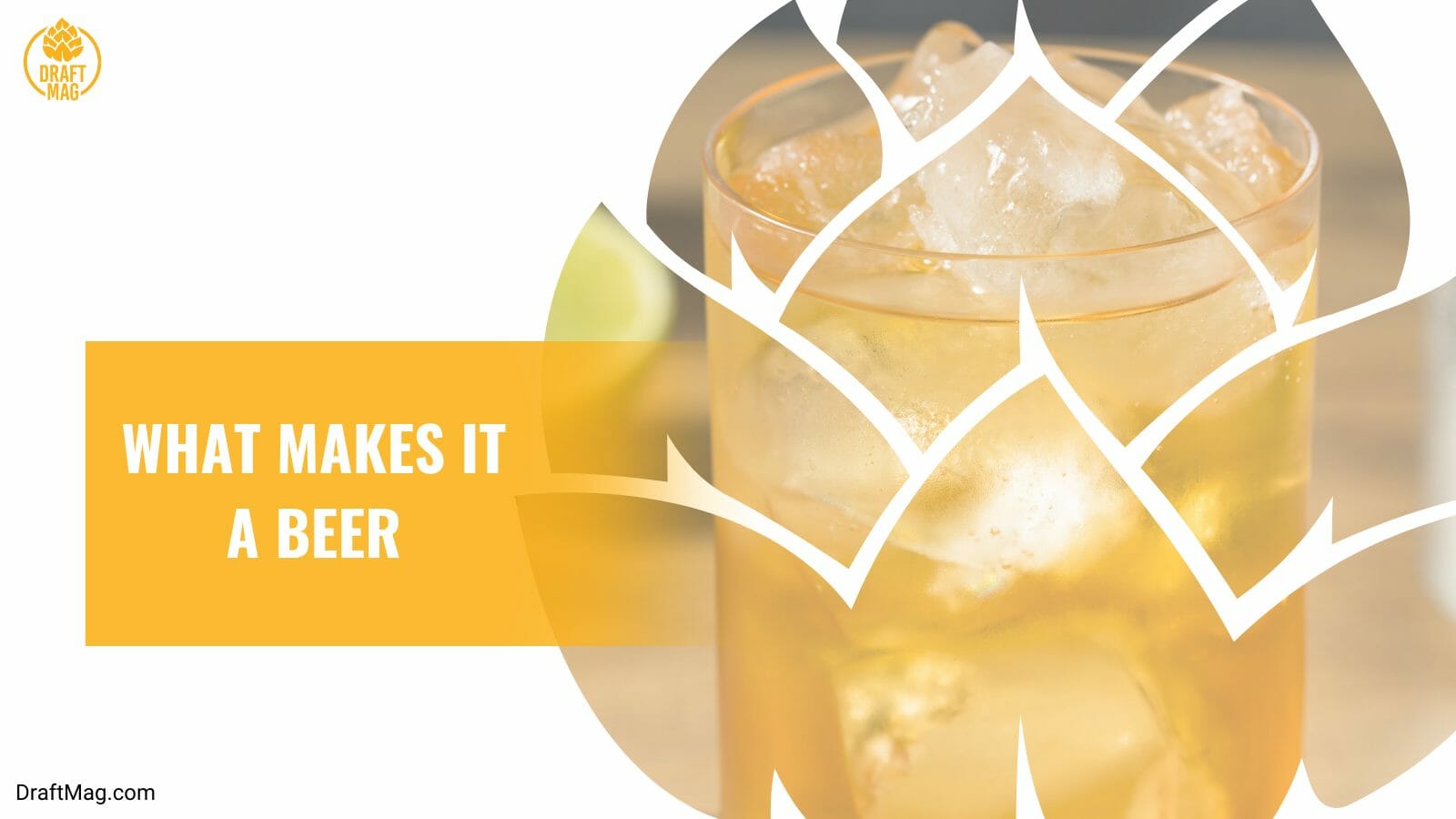 The history of ginger beer traces to the early 1700 in Great Britain and its colonies. Remember, we mentioned earlier that ginger beer was an alcoholic brew. At the time, the mixture of the main ingredients, water, sugar and ginger, is allowed to ferment to impart the mixture with alcohol.

Traditionally brewed ginger beer may have up to 11 percent alcohol by volume, making it a potent alcoholic beverage. The brewers may add other spices to improve the flavor and aroma of the resulting brew. The go-to spice is citrus water or lemon, which presents our favorite ginger drink with a floral and smooth citrus aroma. 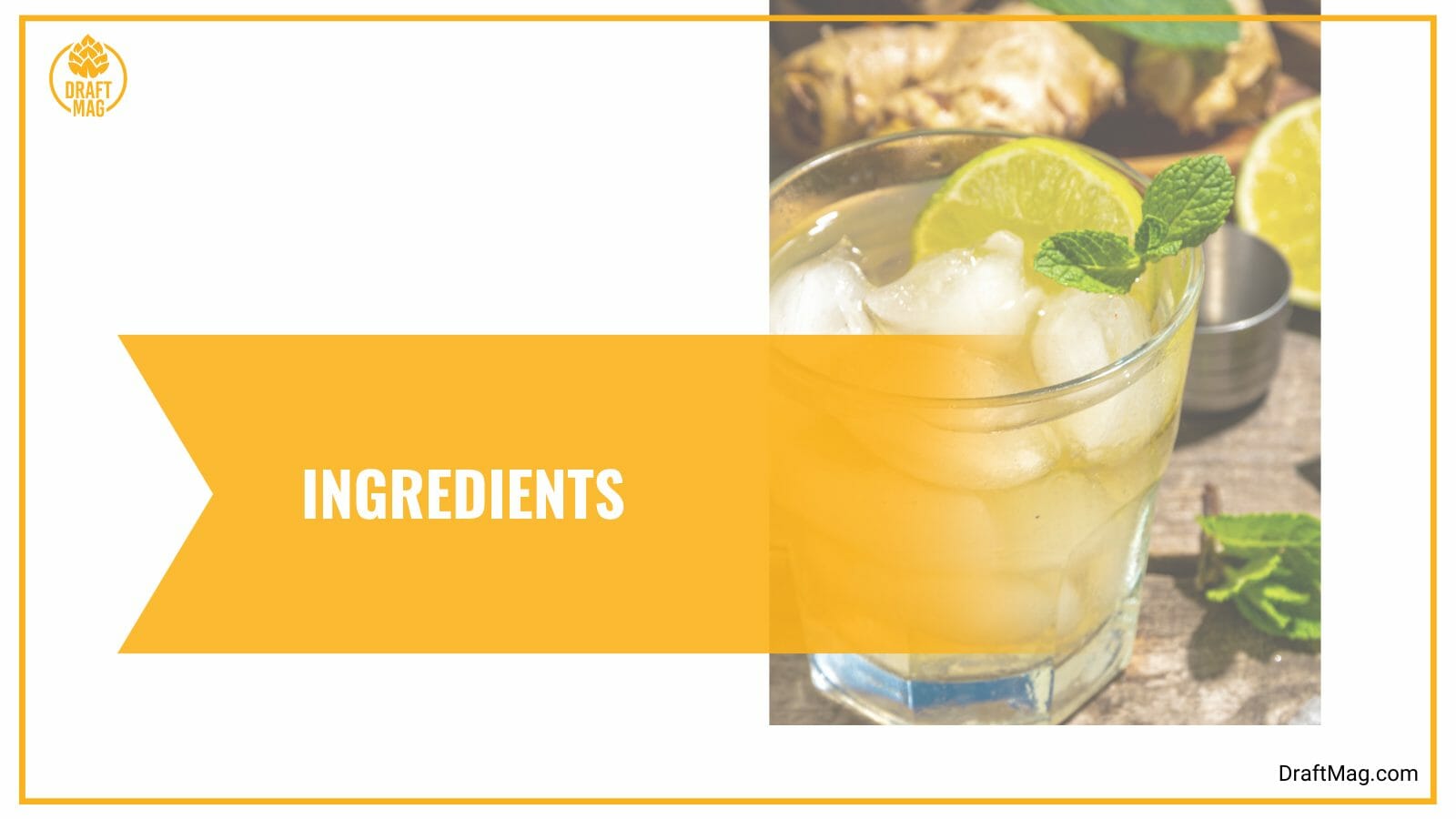 Organic ginger contains many beneficial microbes and yeast, which introduce carbon dioxide into the mixture. Many interested in brewing ginger beer like to customize it to suit their taste. For example, others may increase the alcohol content by allowing it to ferment.

To speed up the fermentation process, the yeast becomes an important ingredient. In the spirit of customization, you can add syrup or fruits to improve taste further after brewing this beverage. Liquors or bitters are other good options to consider.

Yes, you can give children ginger beer, especially modern-day ginger beer with no more than 0.5 percent alcohol. Disregard the beer or ale in ginger ale; you can give either drink to your child, just make sure that it is not mixed with any other alcoholic beverage.

You need to remember that alcohol is a drug and some drugs taken by kids may contain alcohol. That said, the 0.5 percent or less ABV in ginger beer is just the amount recommended by the FDA for kids. In addition, ginger beer is highly nutritious, with amazing antioxidants that can benefit the health of children and adults. Therefore, it’s an excellent beverage that you can give to your kids.

Ginger beer is an excellent combination for the preparation of many cocktails. You are probably familiar with the Moscow Mule, and ginger beer is the secret recipe for that cocktail masterpiece. The beverage presents an amazing distinct flavor profile yet can complement most alcoholic beverages. 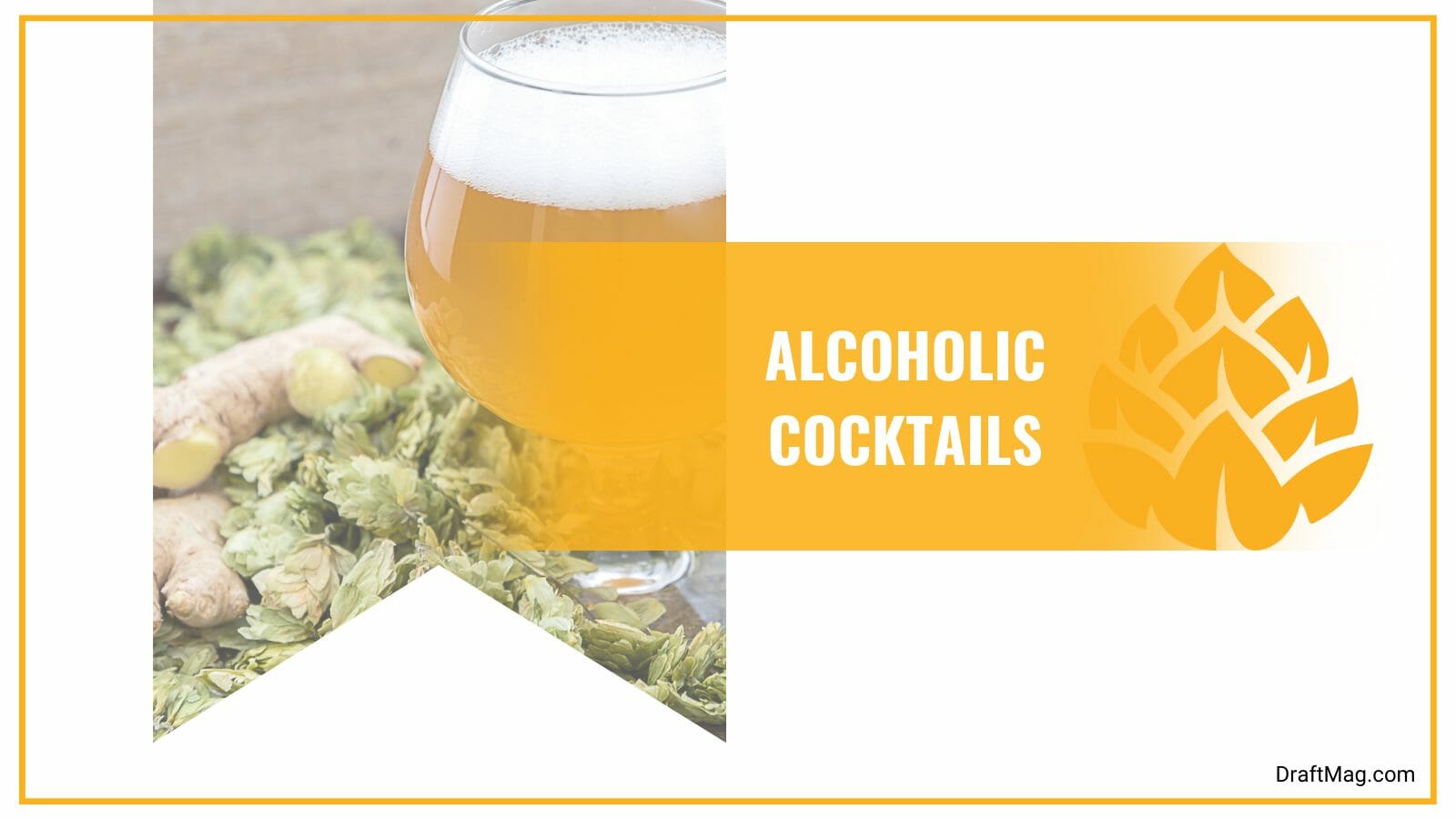 Be it liquor, gin, rum, tequila, whiskey, or brandy, this beverage is an excellent combo for the best cocktail experience. When mixed with your favorite drink, ginger beer imparts its fizzy nature, making your mixture a fine blend of bubbly cocktails with a hot ginger flavor and a spicy finish. For those who don’t drink alcohol, it is also an excellent blend for mixing mocktails.

Ginger beer and ginger ale are different, though both possess a strong ginger aroma. Indeed, both are soft drinks containing no alcohol. However, ginger ale is even softer – it has more sweetening features, is less spicy and crispy and brandishes a paler color.

Unlike ginger beer, which possesses more distinctive qualities, ginger ale is carbonated water flavored with spice. However, both beverages are suitable for making both cocktails and mocktails.

Though many may prefer to use the ale because of its less exerting features, considering that the overpowering aroma of the beer is a turn-off. In like manner, for those who love to have sophisticated drinks with savory flavor, ginger beer will be their choice. For example, the popular Moscow mule has ginger beer as one of its primary ingredients.

Ginger beer is healthier than typical soda. Most fizzy drinks often contain sugar in large amounts, which is implicated in diabetes and many other health-related diseases. However, this beverage is a unique soft drink with its main ingredient, ginger, a powerful antioxidant with many amazing health benefits to improve overall well-being. 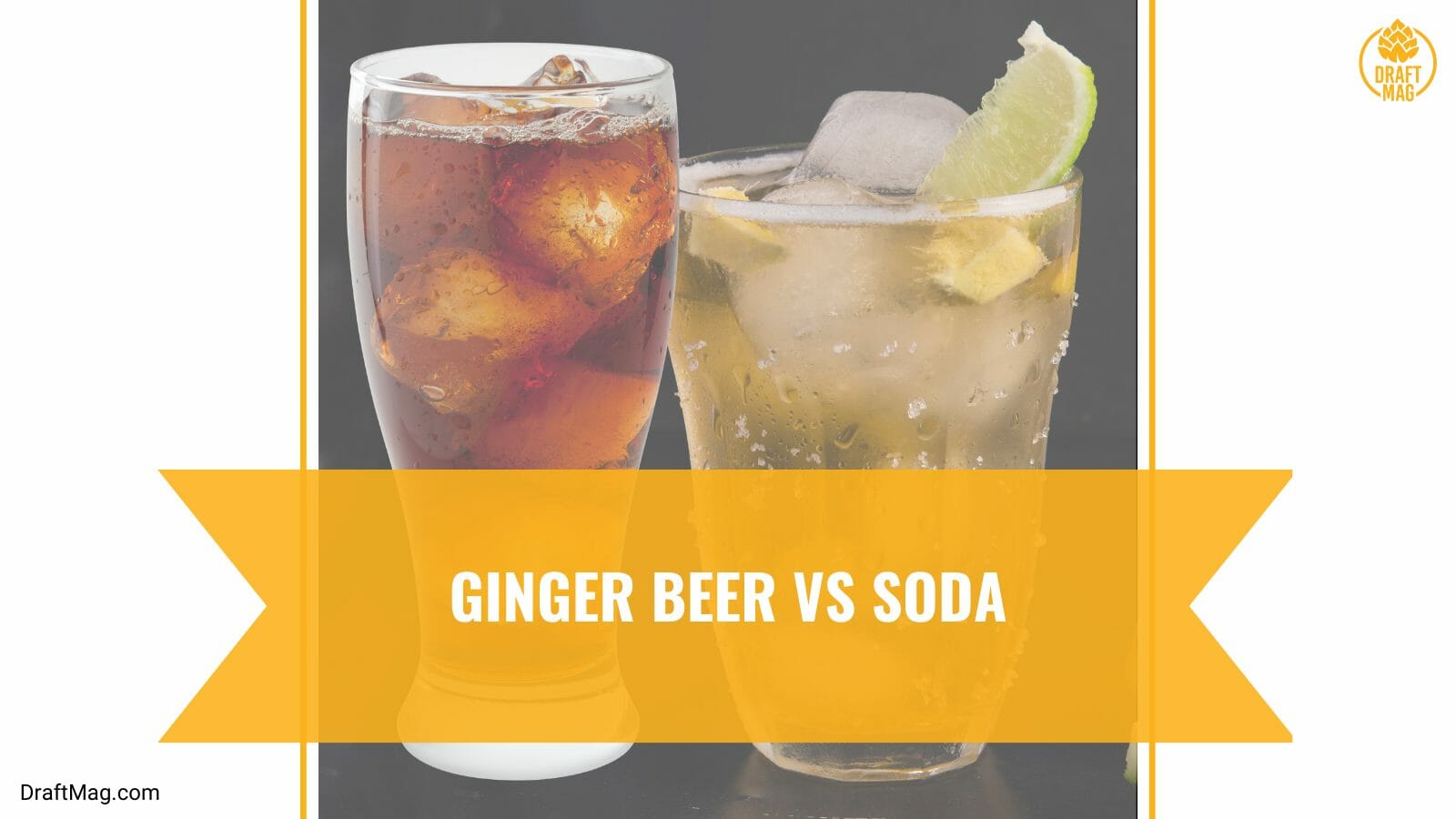 Many commercial ginger beers utilize just the flavor and not the real root. To maximize the benefits of ginger beer, consider brewing it using natural ginger root with reduced sugar. That way, you can tap beyond the culinary uses of ginger and unlock the ancient secret in these highly nutritious and beneficial herbs.

What Are The Characteristics of Ginger Beer?

The main characteristic of ginger beer is it’s prominent ginger flavor, followed by a balanced citrusy sweetness with acidic notes all bundled up in a fizzy, refreshing drink with moderate carbonation. Let’s examine the major features of ginger beer under the following subheadings:

The main flavor of ginger beer is that of ginger, the primary ingredient used in brewing, which gives the beverage a pungent gingery flavor with a spicy finish. Since lemon water or any other citrus juice is added, the ginger beverage presents a balanced citrusy sweetness with sharp, acidic notes. 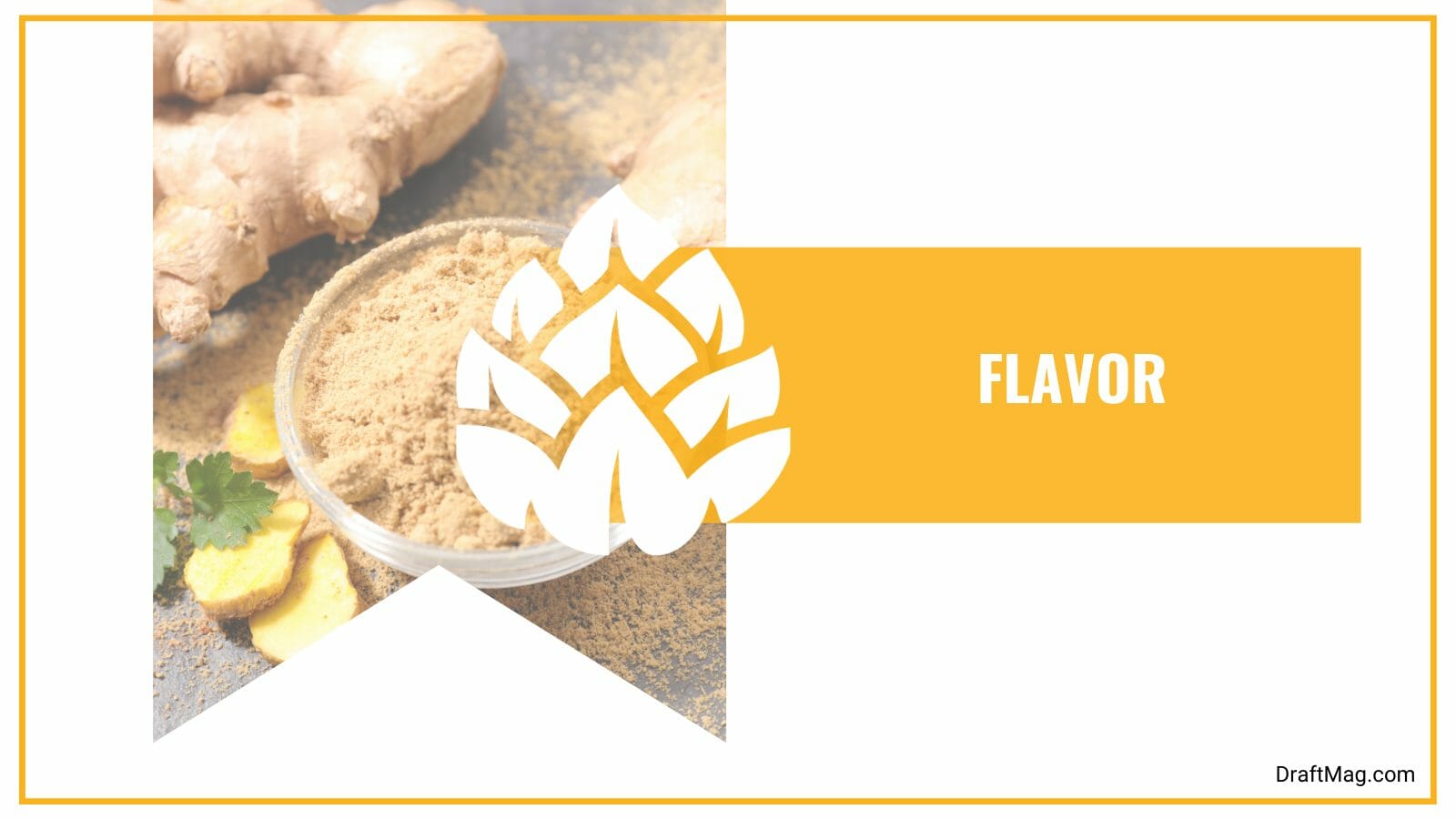 In addition, brewers and drinkers of ginger beer often customize this beverage with other fruits and flavoring agents to improve the taste. This makes ginger beer available in exciting flavors, including blackberry, cherry, pomegranate,  apple, green tea, peach, pineapple, etc. It will just depend on how you want to enjoy the drink.

The taste of ginger beer is characteristic of that of actual ginger. Whether brewed using natural ginger rhizome or synthetic ginger flavor, the taste is the same — intense and ending in a hot and spicy finish.

This beverage is a fizzy drink with moderate carbonation. As you sip, you will notice that even though it’s a soft drink, it’s sophisticated with a district ginger aromatic flavor. Besides being spicy, it’s not heavy-bodied, so it goes down easily as you sip it.

Ginger itself possesses strong aromatic features which characterize ginger beer. The beverage is slightly peppery and hot, with a strong and spicy aroma. 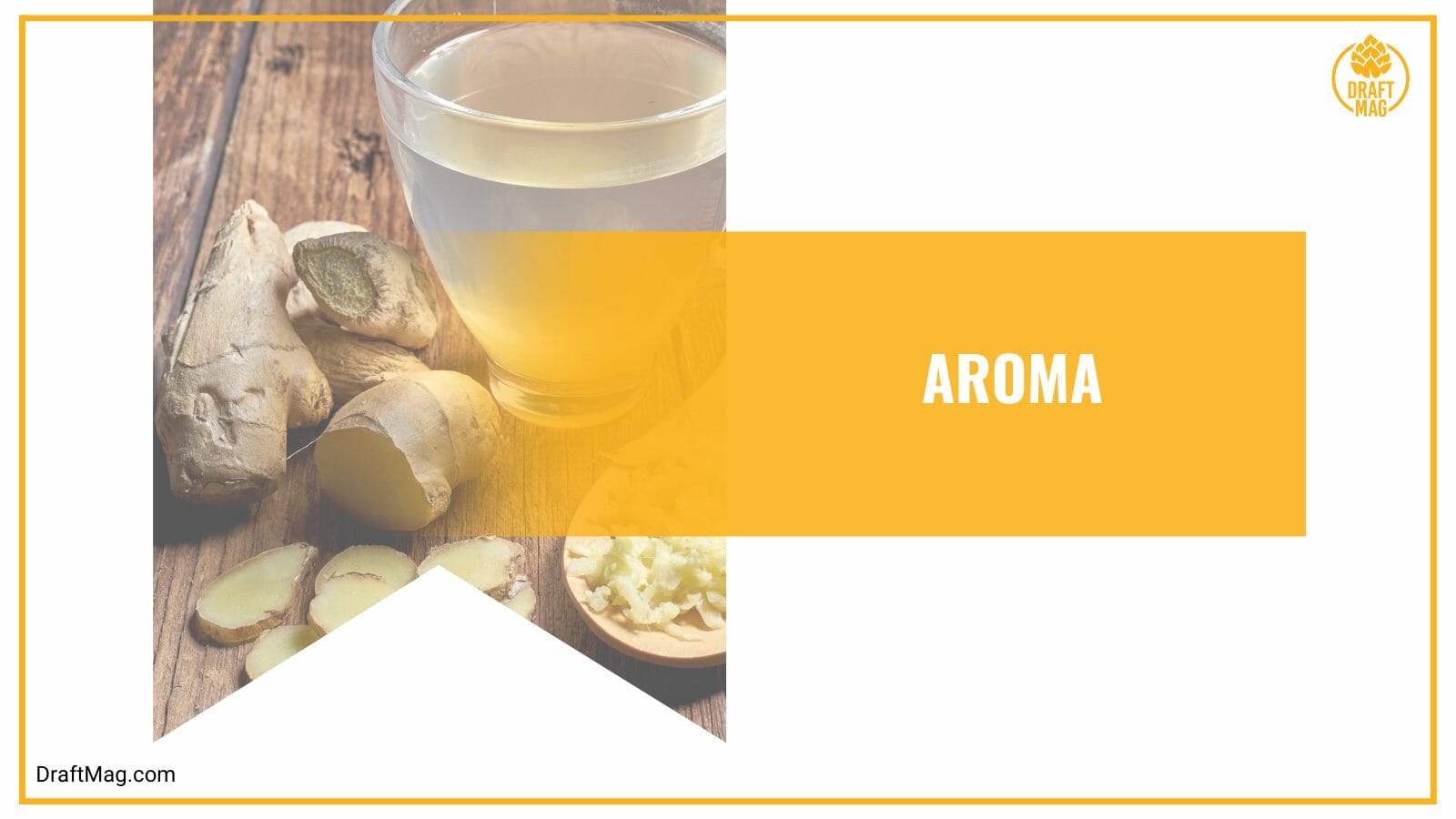 You will surely notice notes of floral aroma and zests, as citrus is a common ingredient used in preparing this drink.

How Do You Brew Homemade Ginger Beer With Alcohol?

To brew alcoholic ginger beer at home, first make sure that you have the necessary ingredients and correct materials at hand, and don’t forget to add the yeast before fermentation as this is what turns the beverage into an alcoholic drink. 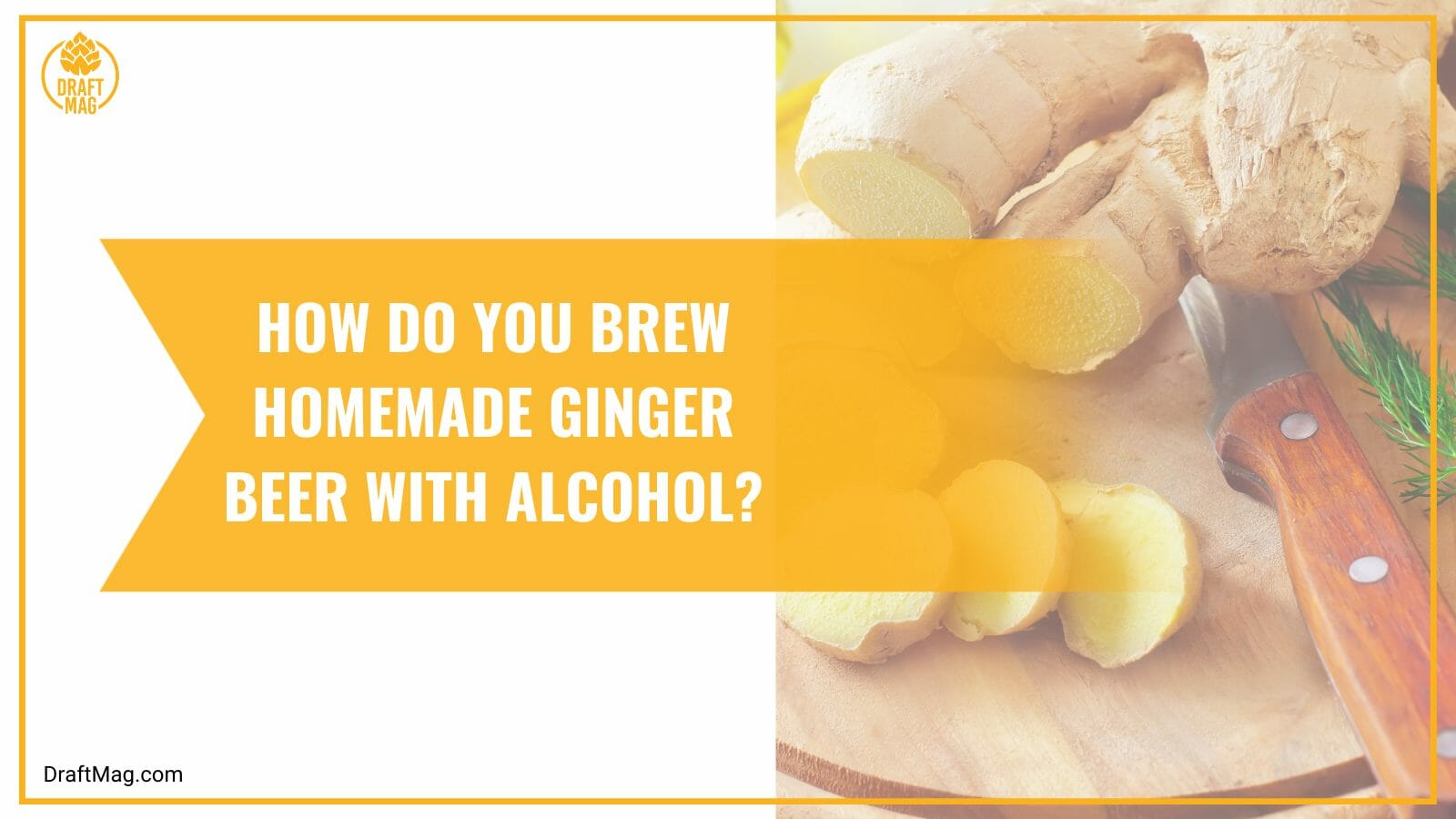 Ginger beer can be simply prepared at home once you have the necessary ingredients. However, different individuals may adopt distinct styles to brew this beverage. Ideally, this ginger brew is devoid of alcohol, but beer enthusiasts may choose to brew the OG version – alcoholic ginger beer. This section will describe how to brew either type.

Besides the elaborate method discussed, many make ginger beer by first creating ginger syrup using ginger, sugar, and water. They then add soda water to the mixture, introducing carbon dioxide and making it a fizzy drink. Though it seems simple, consuming almost no time, the process gives rise to an amazing beverage, similar to our typical ginger drink with a fantastic spicy ginger taste.

Another way to prepare ginger beer is to follow the traditional way, which involves using a ginger starter or ginger bug. This refers to ginger fermented in sugar and water. The fermentation process allows the ginger to release its natural enzymes and benefits bacteria (probiotics) which are healthy. You can then follow the typical beer brewing process.

After reading this guide, you should now know that commercial ginger beer produced today has an insignificant alcohol content. Here is a summary of some other things we discussed.