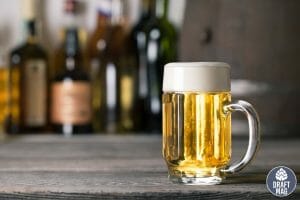 Traditionally, Dos Equis Lime and Salt means adding lime and salt to a Dos Equis beer. Well, now it’s a beer on its own, meaning you don’t have to add lime and salt yourself – game-changer!

Considering the unfamiliar status of the beer, many have questions about its properties, ingredients, and even history. If you are among that many, you are at the right place, as this guide contains all you need to know about the beer.

Dos Equis Lime & Salt is prepared using corn starch, salt, citric acid, hops, malted barley, and lime flavor. Although Dos Equis Lager has traditionally been consumed with salt and lime, the brewer has introduced a new can with those ingredients.

However, the additional flavor is not overbearing, so don’t be afraid. This is a detailed review of this great beer, starting with some of the beer’s features.

Most Mexican lager appears as a pale golden beer with a balance of malt and hop character. They are mostly made with pilsner malt, Saaz, and Hallertau noble hops. Dos Equis Lime and Salt pours with a clear golden color and a clean white head. It is one of the clearer Mexican lagers, with a lower alcohol content than the other pilsner lager.

Below, we overview specific appearance parameters of the beer.

Most pilsner-style lager beers have a light, malty biscuit aroma all over the nose. The aroma of Dos Equis Lime and Salt is very similar to its taste. The first aroma you’ll perceive is the corn. The corn aroma is then accompanied by the sweet malty aroma, which is present in the taste.

However, these aromas are not overpowering and are pretty faint. The aroma of this beer represents the flavors properly without distracting the drinkers.

Aside from the Salt and Lime flavor, the Dos Equis beer tastes mainly of corn and malt. It leaves a clean finish and little to no bitterness. You can also sense hints of cardboard and metal on the tongue when you drink.

The general mouthfeel of the beer is like water with refreshing carbonation, which is typical for standard pilsner lagers. This light beer focuses on being crisp and refreshing rather than giving a complex feeling that requires attention. This makes it perfect for most beer lovers and fits into any season.

The Dos Equis Lime and Salt beer perfectly represent the Mexican-pilsner style lager. Most Mexican lagers have a general flavor that gives drinkers a crisp and refreshing experience. The beer gives a Lime flavor with hops from different kinds of fruits. However, the flavor is not overpowering.

This beer has slight observable notes of barley and roasted malt flavor. Most people may not notice these barley and malt flavors initially because of the lime flavors, but you can discern them under close drinking attention.

Furthermore, the beer is a simple palate cleanser between spicy and salty food bites. It also goes down well with any kind of meal.

There are quite a few reasons this is the favorite beer brand of many, but one that most readily comes to mind is the beer’s compatibility with several dishes. The beer is light with a medium body, clean style, and crisp, making it an excellent match for any food. Because the beer is not as creamy and heavy as most of the beers on the market, you can easily combine it with your dish.

We also noticed that this beer goes perfectly with spicy foods like hot peppers, sweet Italian sausage, grilled chicken wings, and pot-roasted chicken. Lest we forget, it also blends well with any kind of seafood such as Colomitz. The list can go on and on. In a nutshell, this beer is great tasting, and you can combine it with any of your favorite foods.

In the modern world of beer, the Salt and Lime beer is a macro beer, and it will be unwise to reveal the exact recipe. However, you need to know the basic ingredients of what you are drinking. For Dos Equis Lime and Salt beer, they are:

All the ingredients used in making the beer are standard beer ingredients. The only confusion may arise from the use of ascorbic acid, more commonly vitamin C. It is an antioxidant, thereby preventing the oxidation and consequent staling of beer.

The manufacturing company doesn’t mention the kind of yeast it uses for the brew, but it is likely the standard yeast used in producing all Mexican lagers. Likewise, we expect the recipe brewers use to be similar to the standard pilsner-style lager recipe. For clarity, brewers employ the filtration and lagering process.

Dos Equis Lime and Salt beer has an ABV of around 4.1 percent, making it one of the lightest Mexican lagers on the block. Also, the beer has an IBU of 22, translating to little to medium bitterness. This beer is suitable for all kinds of drinkers, and because of the low alcohol content, it is difficult to develop high pressure.

The beer has about 146 calories. While that isn’t exactly a low-calorie offering, it is lower than the industry standard for regular beers, standing around 150 calories. If you’re on calorie watch, you must be wary of how you drink Dos Equis Lime and Salt.

Moreover, the beer has 0 grams of fat. However, it contains 14 grams of carbohydrate, which is gotten from the sugar used in brewing it.

For a long time, many took Dos Equis with lime and salt to accentuate the fruity flavor of the beer. This practice became very popular among beer enthusiasts, especially outside of Mexico. Ultimately, the brewing company decided to release a beer offering that already contains lime and salt, so people didn’t have to add them manually. Enter Dos Equis Lime and Salt beer!

Dos Equis Lime and Salt beer’s origin traces all the way back to master brewer Wilhelm Haase, who founded Cuauhtémoc Moctezuma Brewery in 1897. Although Haase was originally from Germany, he had always imagined making Mexican beer. He initially gave the beer the name “Siglo XX,” which stands for “Twentieth Century.” This name was a reference to the turn of the new century, which was on the horizon.

However, he later renamed it Dos Equis after the turn of the century. This name originates from the Roman numeral for twenty (XX), which is another reference for the 20th century. The beer was relatively unknown until the ad “The Most Interesting Man in the World,” was published. Now, it’s a huge beer and among the top-selling Mexican alcoholic brands globally.

– Can You Still Add Lime to Dos Equis Lime and Salt Beer?

This beer was introduced to the market primarily to eliminate the need for adding lime to Dos Equis lagers. Thus, it is unnecessary to add extra lime to this beer. However, you can add more lime if you desire, but note that doing so will disrupt the balance of the beer flavor.

This beer has 146 calories per 12 fl. Oz., which is even higher than the regular Dos Equis lager beers. Due to its high-calorie content, you should avoid drinking this beer if you’re on a diet.

Dos Equis Lime and Salt is not your conventional standard Mexican lager, as it contains lime and salt inside the beer. This combination has won a lot of fans, us included, and this review discusses essential details about the beer. 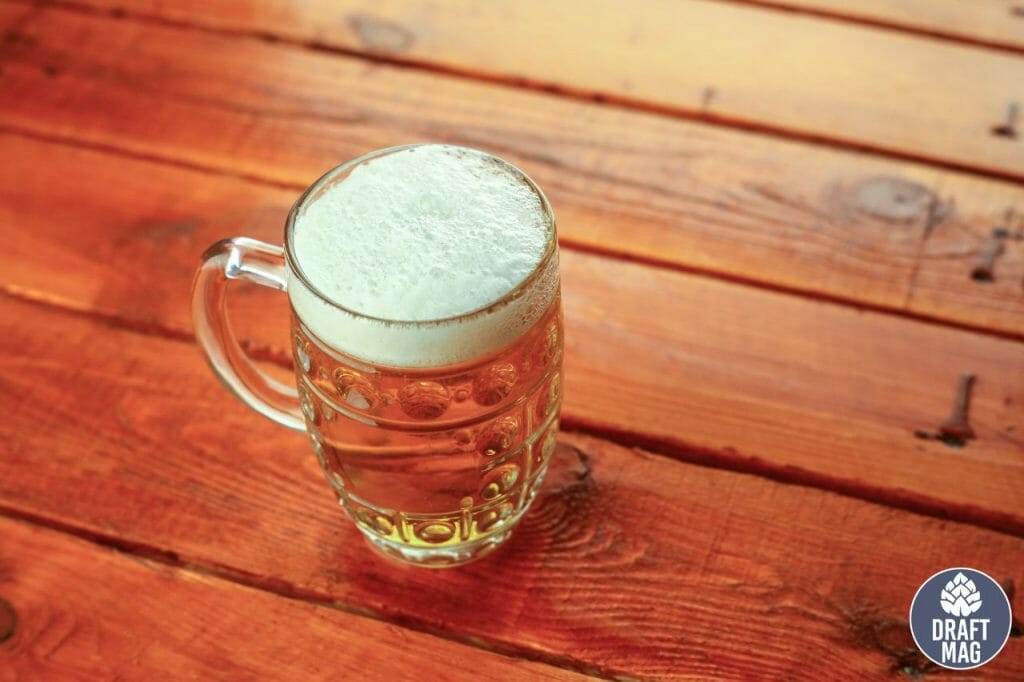 If you need a supreme beer with lime and salt flavor, Dos Equis Lime and Salt should be your go-to.