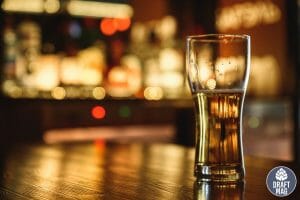 Originating in Mexico, Tecate Alta is one of the best American-style lagers you can find in the country. This beer has a rich history, being the first Mexican beer to be canned. If you love lager beers, the chances are that you are going to love Tecate Alta.

However, before trying out the beer, you should know a few things, and this article examines them.

This above-mentioned comprehensive table highlights all the important characteristics of Tecate Alta, providing a quick overview of the beer.

But there is more to know about this beer. This is a lager that is extremely light-colored, highly carbonated, light-bodied, well-attenuated, and has a mild bitterness. It can be a very reviving and thirst-quenching beverage when served very cold. Because of its uniqueness, this lager is perfect if you want some alone time for yourself on a sunny day. Below, we will examine some of the beer characteristics.

The lagering method used to produce all American lager beers is mainly responsible for their distinct clarity. Tecate Alta beer has a thin, glittering white head that is different from the beer’s light gold color, and it disappears quickly.

A Tecate glass has the following general physical characteristics:

The smell of Tecate Alta is fairly light. Due to the sweetness of the corn fragrance, all American lagers are anticipated to have a mild to medium maltiness. You may also detect a faint fruity and Noble hop.

It makes sense that it would have little to no flavor and no malt aroma. A faint gritty scent will likely emerge, and a sweetness resembling corn may be detected since corn is used in brewing. The hop aroma, which can range from none to light, is typically spicy or flowery.

Low concentrations of yeast characteristics like DMS, acetaldehyde, or fruitiness are present. It is best to serve the beer at a low temperature to eliminate any lingering diacetyl.

Like other lager varieties, American lagers are unique because they are easy to consume and have crisp flavors. This beer does not have high standards for maltiness and hop taste. Tecate Alta has some distinctive flavors. They are as follows:

When flavors are present, they are subtle. It is described as crisp and dry, but these adjectives more accurately describe the beer’s carbonation and attenuation than the flavor. When taste does come through, it will likely be a mild graininess from the malt, possibly a sweetness from the corn, and very little bitterness and hop flavor.

A sweet, starchy, gummy bear flavor is produced by the corn used in the Telcate Alta recipe. Malty flavors, which come from high carbon dioxide levels, are also prevalent.

The beer’s overall flavor ranges from mildly malty to mildly bitter. It is quite nicely balanced. The beer doesn’t have diacetyl or fruitiness from the yeast.

The greatest way to enjoy this excellent beer is with traditional pub food. The ideal combination to pair with spicy, fried, or salty foods is one that has a mild flavor and aroma and is bubbly and unflavored.

You can also bring cakes, decadent snacks, or chocolates. The beer’s carbonation will clear your palate. These foods pair well with Tecate Alta beer.

American lagers pair well with spicy meals. A cold, pleasant lager will reduce the spiciness of the cuisine, and a lot of carbonation might make your mouth feel clean. Here are some spicy meals you can try with the beer: spiced seafood, chips and salsa, loaded Nachos, and hot wings!

Talco beer goes well with salty dishes since the crisp, clean beer keeps you energized. The majority of traditional bar snacks are salty. They consist of pretzels, roasted peanuts, popcorn, and so on.

This Tecate Light Mexican lager beer is made from several ingredients to ensure you enjoy a refreshing and crisp beer. The basic Tecate Alta ingredients include the following.

This is the starch source that gives Tecate the fermentation components it needs to produce its crisp flavor. By soaking in water, barley ferments, allowing the grain to start the germination process.

The grain is then taken out of the bath and dried in a kiln. To convert the naturally available starches in the grain into sugars, malted barley functions to manufacture the necessary enzymes. This speeds up the fermentation process and increases the lager’s alcohol concentration.

Tecate is a lager, and brewers use relatively few hops in their production. Most batches of lagers contain one to two ounces of the ingredient, which adds bitterness to counteract the sweetness of other components used in the brewing process. Hops function as a natural preservative for a beer that isn’t frequently filled with artificial preservatives.

As with most things on our planet, it is impossible to produce beer without water. Tecate original Mexican lager, is made utilizing indigenous Mexican spring water, with studies indicating that it’s the purest available in Mexico.

The Tecate Alta beers common in Mexico are often presented in long-neck bottles. The reasoning is that these bottles are considered superior for flavor preservation to aluminum cans.

The adage “yeast gives life to beer” may have caught your ear; this is accurate. It not only gives beer life but also enhances its flavor. The brew produces their special yeast, giving the beer a unique flavor and taste.

Tecate Alta alcohol percentage is about 4 percent. This alcohol content is perfect as it matches other Lagers, ranging between 4-6 percent ABV. The alcohol content makes it suitable for any kind of beer lover, whether you like light beers or double IPA.

A 12-ounce bottle of Tecate Contains 23 milligrams of sodium, 85 calories, 2.3 milligram of carbohydrate, 1 milligram of protein, and 0 grams of fat. This beer is suitable for people who need low-calorie intake. It also has no fat, making it perfect for those who want to watch their weight.

Considering Tecate Alta’s alcohol content and low calories, the beer is one of the lightest American-style Mexican beers you can find today. This positively influences its drinkability, meaning you can drink multiple cans without adverse physical effects. As with other American lagers, the best temperature to serve Tecate bottles is 50F.

Tecate Alta was first brewed in Tecate City, Mexico, in 1944. Alta is the Spanish word  for “tall” or “upper.” The inspiration for the beer’s name is the much-revered Mountain of Cuchumá in Tecate, Baja, California.

Developed and brewed with the same pride and quality as Tecate, New Tecate Alta is a full-flavored Mexican beer. It only has 85 calories, 2.4 grams of carbs, and a 4 percent alcohol by volume, but it tastes better than most beers in its category.

Tecate Alta has always had close ties with the United States, considering Tecate city is along the US-Mexico border. Soon after its launch, its supply extended into border US states, establishing itself as an excellent beer. Despite Tecate’s success in the United States, it is still exclusively brewed in Mexico.

Tecate Alta is one of the first Mexican beers to establish itself in the United States, and it has not looked back since then. This review covers essential details about the beer’s properties, history, and expansion. Here are a few takeaways for you. 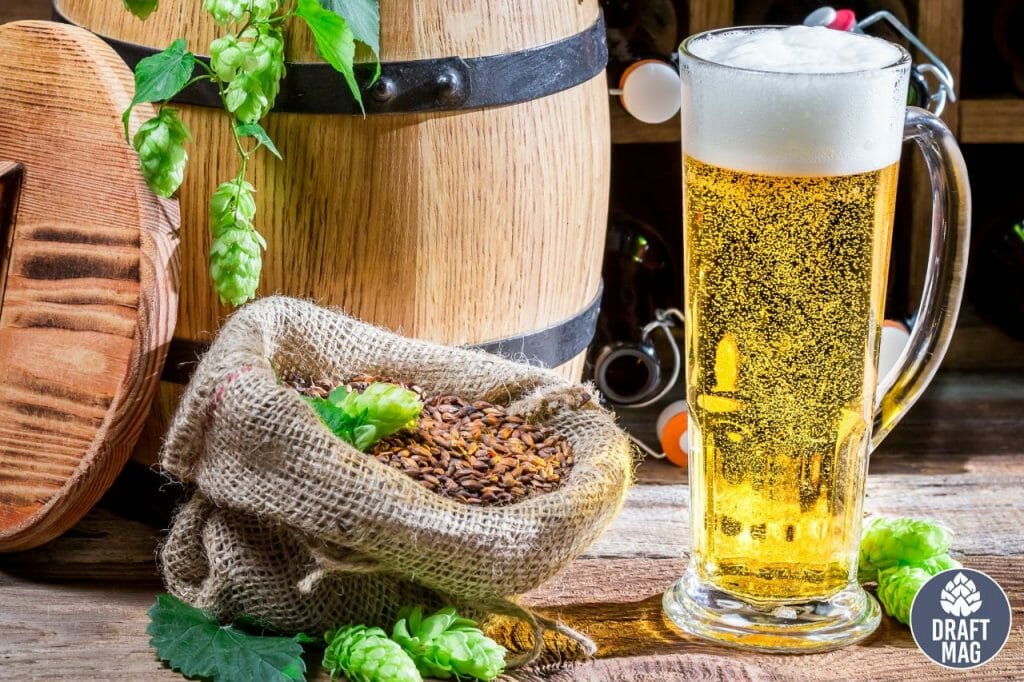 If you have been wondering where to buy Tecate Alta 24-pack, you can find them in liquor stores across the US.