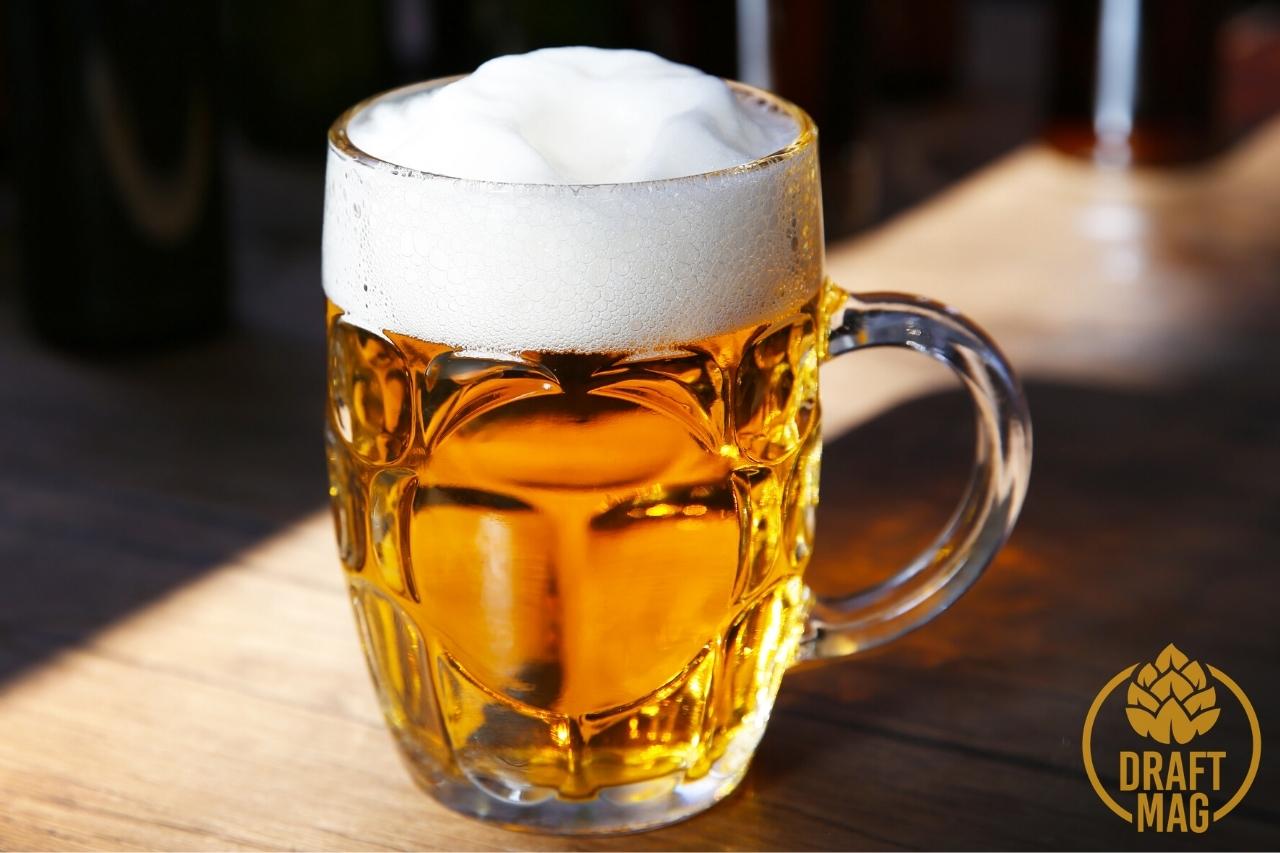 The Festbier recipe is one of the most famous recipes due to the drink’s popularity, especially during the Oktoberfest season. We let you in on the finest ingredients that you can use to produce a golden Festbier but we won’t leave you hanging.

We will also provide you with easy-to-follow guidelines on how to prepare the crispy golden Festbier Style brew.

So be sure to read until the very end to acquire the necessary skills on how to produce the flagship beer of Oktoberfest.

How To Make Festbier in the Comforts of Your Home

This beer is straightforward to brew and does not require any beer-brewing experience. It is great for novices as well as experienced brewers.

The ingredients you will need include Magnum hops, which are the choicest hops for brewing lagers. Then there are the premium Saaz hops which add an earthy feel to the beer.

For the perfect yeast, S-23 is the finest to get a more estier beer. The Mecca Grade Estate Malt Gateway will add a bready or biscuity flavor while the Weyermann and Bestmalz malts will give it a clean and full-bodied taste.

You can also throw notes of Vienna and Munich malts to enrich the flavor of your Oktoberfest drink.

These are the ingredients you will need for all-grain brewing:

First, mash the grain by combining crushed grain and hot water and leaving the grain to soak for about an hour. The temperature at which the mashing is done is 152 degrees Fahrenheit. The aim is to get a Festbier with a gravity of 1.057 gravity.

Next is to drain the mash and follow the hops schedule by adding 0.5 ounces of Magnum hops and boiling for 60 min. Follow this up by 0.5 ounces of Saaz hops to give it an herbal and spicy flavor.

Remember that the boil time for the Saaz hops is 15 mins. The idea is to get an IBU which is between 20 to 25, so an IBU of 23 will be just perfect for your Festbier.

When the wort is cool enough, add the yeast to produce the alcohol and carbonation. This should give you an ABV of about 6.7 percent, which is a bit on the high end for a Festbier, and a gravity of 1.057.

Allow the beer to go through a lagering process of 6 weeks.

It’s time to bottle up your beer and enjoy the fruits of your labor.

Still have questions about brewing a German Festbier?

Don’t worry, we have all the answers you need right here.

– What Is a Festbier?

A Festbier is a German lager with a golden appearance which is characterized by its Pilsner malts and spicy hops. The beer typically has a rich white head that stays as you drink away. Many have compared the Festbier to Helles Bock due to their similarities. Festbier has an ABV between 5.9 to 6.4 percent and an IBU that ranges between 19 to 26.

Festbier has a malty and bready taste which is balanced by the bitterness of the hops. It feels light in the mouth and has notes with a clean dry finish.

– What Is the Appearance of Festbier?

The Fest bier should have a deep gold or at least a yellow color similar to the ones that are consumed during Oktoberfest, and there should be lots of bubbles that form a three-finger off-white froth. The head dissipates quickly so you may want to take that picture early to show your friends or family. 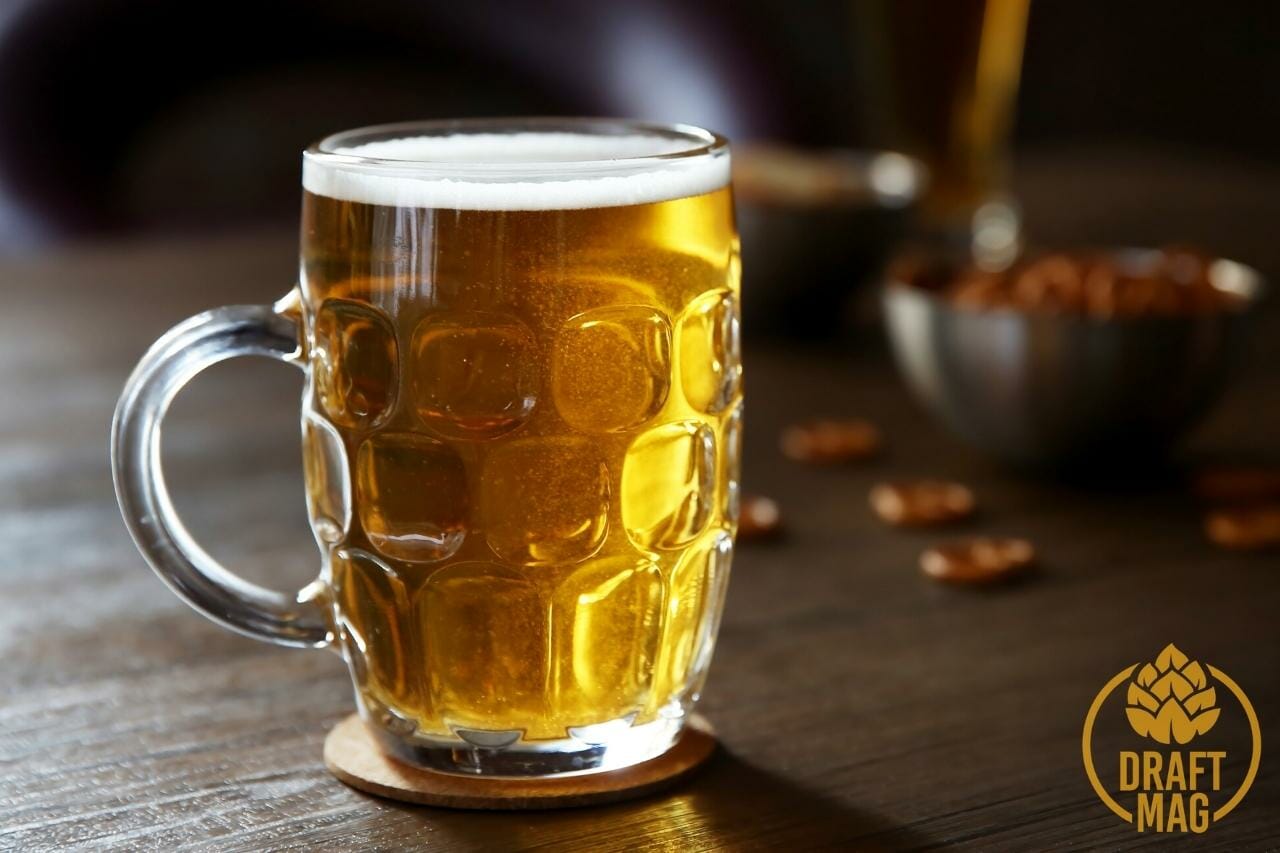 After all, what’s a beer without its head?

The German Festbier has medium carbonation, giving it a nice body and appearance.

This makes up for the dull color that the Festbier exhibits and has a hand in how the beer will taste as well.

The Festbier has a hint of honeyed flavor and some maltiness, plus notes of doughy and toasty flavors and the subtle flavor of spicy and herbal hops enriching the aroma. Typically, the Festbier won’t have any standout aromas since no flavors were added during the brewing process, but these aromas will still be discernible upon opening the bottle and taking a whiff.

The yeast also adds a clean lager aroma typical of a Festbier served at Oktoberfest. Generally, the aroma of Festbier is mild on the nose and doesn’t set the salivary glands racing. However, the subtle malty and honey taste can set the mood for a serene evening.

– What Is the Taste of Festbier?

The beer definitely has a lager taste from the presence of the yeast, in addition to the malty and bready taste mixed with hints of notes of honey and hazelnut due to the Vienna malts. The Magnum and Saaz hops add medium to low pungency to the beer. Your main aim should be to strike a balance between the taste of malt and the bitterness of the hops.

The pungency also adds a spicy and herbal character to the taste of the beer. The Festbier is a drinkable beer with a crispy taste and a dry finish.

– How Does the Beer Feel in the Mouth?

The Festbier has a smooth mouthfeel that warms up the palate and wraps the tongue with the goodness of lager. The beer also has a creamy feel which is the result of the medium carbonation. Then there is the warmth of alcohol which is rather low and subtle but invigorating.

– What Food Goes Best With Festbier?

Festbier forms a perfect match with Bavarian pretzels and bratwurst sausage — the main accompaniments at Oktoberfest. However, you can also enjoy Festbier with all kinds of pizza and spicy BBQ. Peppery Grilled chicken with Festbier will make a delicious meal. If you don’t fancy chicken, then you could also try gulping down the beer with roasted meat.

Pairing the beer with a crispy beer battered fish will definitely excite the taste buds. If you like your beer with cheese, then you will love to pair Festbier with mild cheeses such as Gouda and Emmental. You can also try chugging the beer with sweet dessert bread if you want to guzzle Festbier for dessert.

Nut tarts also make perfect desserts with Festbier as well as a plate of toasted coconut flan. For the fans of pork, you can pair Festbier with Porchetta Panini sandwiches. The general rule is all foods that pair well with Marzen will make a good accompaniment for Festbier as well.

– How Do You Serve and Store German Lager?

As with all beers, Festbier should be refrigerated, but if you want to get the best taste and experience, serve it between 43 to 46 degrees Fahrenheit. To store the beer for a longer period of time and maintain its freshness, keep it at a temperature between 45 and 65 degrees Fahrenheit. However, be sure to consume it within 3 to 6 months after brewing.

– What Are the Origins of Festbier and Oktoberfest?

The origin of Festbier is strongly linked to Oktoberfest, which began on the 12th of October 1810, and the occasion which gave birth to Oktoberfest was a marriage ceremony between a Bavarian prince and the princess of Saxony-Hildburghausen. As pointed out earlier, Festbier is the beer that is served at the two-week Oktoberfest in Munich. However, that was not the case from the inception of Oktoberfest.

During the royal wedding ceremony, the beer served was called Marzen. Marzen was a style of beer that was brewed in March but was lagered until the later months. It was either dark in color or reddish-brown. The wedding ceremony brought about Oktoberfest and the chief beer for the festival was Marzen.

For 62 years Marzen continued to enjoy popularity at every Oktoberfest, but a problem arose in the 20th Century. Europe began warming up to the new kid on the block: pale lagers or lighter beers. To follow the trend of lighter beers, a brewer named Gabriel Sedlmayer decided to tweak the Marzen beer.

Thus, Gabriel came up with a recipe based on a Viennese-style brew that yielded an amber-colored lager. He then called his new invention the “original Marzen,” and it soon caught on with local fans.

Its popularity spread as more people purchased the beer and soon it started being featured at Oktoberfest. The original Marzen then replaced the darker lagers that were served at Oktoberfest.

In the 20th Century, a brewery known as Paulaner Brewery thought that the original Marzen was too heavy. They complained that the heaviness of the beer meant one took only a few chugs and they were filled.

Thus, people could not enjoy Oktoberfest as they would love to. There was the need to brew a beer that was lighter and would allow people to drink as much as they wanted at the festival.

Tasked with the responsibility, Paulaner Brewery came up with a moderately malty, amber-colored and lighter beer in the 1970s. This beer became known as Festbier and has been the only beer served at Oktoberfest since the 1990s. So far, only 6 breweries have the privilege of producing Festbier for Oktoberfest.

Of course, there are some beers in the U.S. named Festbier, but chances are that they are not real Festbiers. Some may even be imported from Europe but you need to be careful. To get the taste of true, authentic Festbiers, then make your way to Munich this Oktoberfest season. 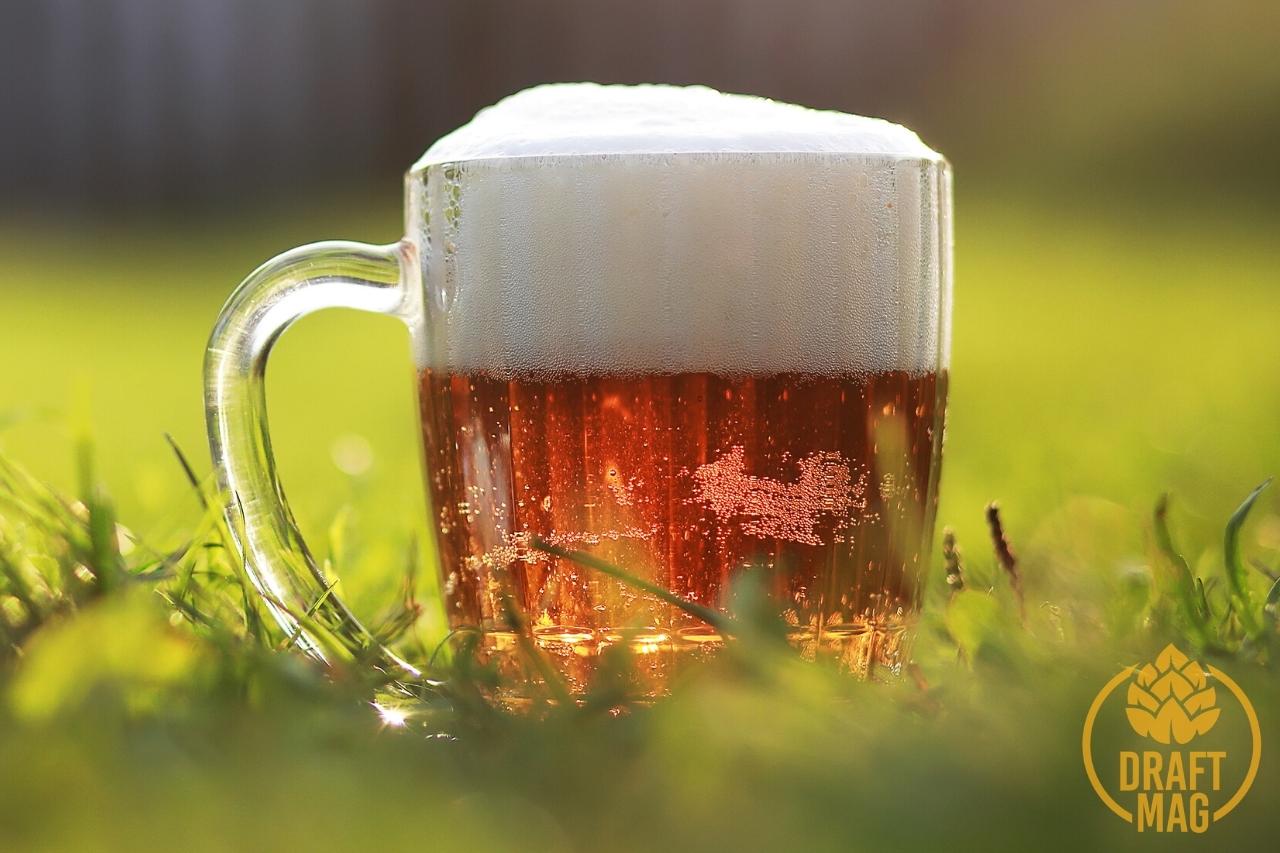 We’ve covered the recipe of Festbier and a simple way to brew your Festbier in the comfort of your home. Here is a recap of what we’ve discussed so far:

Now that you have learned to brew one of the world’s most famous beers, be prepared to surprise your friends and serve this at your next get-together!