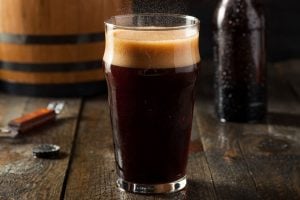 A good hard root beer recipe is not easy to find, so when you come across a good one, save it! Brewing your own alcoholic root beer successfully gives a great sense of achievement and it is a treat for the taste buds.

Before we get to the brewing bit, learn more about homebrew hard root beer in the sections below.

What Is Hard Root Beer?

Hard root beer is root beer with considerable alcoholic content. It does not taste like regular beer because it does not use traditional grains in the brewing process. Instead, root beer utilizes plant roots to deliver sweet and spicy flavors that people love.

– The History of Hard Root Beer

Root beers have a rich history stemming from the indigenous peoples of the Americas. The indigenous people utilized sassafras root to brew medicinal beverages and for cooking. Years later — and after a little tweaking of the brewing process — root beers took over the market during the Prohibition period.

The original root beer has little amounts of alcohol, about 2 percent; it is only in the last few years that the higher alcoholic versions appeared in the market. This rise in interest in alcoholic root beer stems from the need for sweet and light beers.

Rashmi Patel, Anheuser-Busch’s vice president said in a recent statement, “We’ve seen a growing consumer interest in sweeter taste profiles, and we jumped at the opportunity to brew an easy-drinking, hard root beer.” The company released their own version of alcoholic root beer in 2020.

Anheuser-Busch is not the only company to produce alcoholic beer. Back in 2015, a small brewer in Illinois produced Not Your Father’s Root Beer. There is also the Sprecher Brewing Company, operating since 2013, and the Coney Island Brewing Co., among a few others who dared enter the hard root beer market and experienced some success.

How Much Alcohol Does Hard Root Beer Have?

Hard root beer has around 5 – 6 percent ABV, which is decent for a predominantly sweet beer. Hard root beer has to undergo secondary fermentation to produce alcohol, which can take about two weeks. If you are sensitive to hangovers, take it easy on the hard root beer because it has a noticeable amount of sugar that makes hangovers worse. Take water to ensure your organs remain healthy as you continue to enjoy your alcoholic drinks.

What Does Hard Root Beer Look and Taste Like?

The general taste of hard root beer is sweet because of the molasses and/or corn syrup, with hints of vanilla and spice. Some people think hard root beer smells and tastes like medicine due to the various spices and herbs involved. Depending on the number of spices used, you may find some brews have a more distinct medicinal taste.

The amount of carbonation in the drink also affects the taste. Low carbonated hard root beer offers a flat taste that is unpleasant compared to the sharpness in high carbonated root beers.

This depends on the brewing process because there are hard root beers that have more calories than others do. It may be hard to determine the number of calories in homemade hard root beer, but it is not impossible. Multiple calorie calculators online will assist you with ease. All you need to know is the original and final gravity readings during the brewing process.

Hard Root Beer Ingredients: What Do You Need?

Root beers have a large combination of ingredients, which are adjustable to provide customized flavors. In using this alcoholic root beer recipe, you should realize about three gallons of hard root beer and you will require the following items:

With the hard root beer ingredients you collected, it is time to brew. Start this process by:

Because hard root beer is an acquired taste, the market is not as large. You won’t find as many alcoholic root beer brands globally but, here are a few popular ones:

This hard root beer has an interesting name that will capture your curiosity. The gluten-free beer has a 5.9 percent ABV and it offers a concentrated syrup aftertaste thanks to the Louisiana cane sugar used. You will also pick up notes of vanilla, wintergreen, anise, cloves and sassafras. The Abita Brewery, established in 1986 is responsible for making this alcoholic root beer.

With an ABV of 5.2 percent alcohol, the Forbidden Root Hard Root Beer is not too sweet. Unlike the other root beers in the market, this brand does a good job of balancing sugar and the 18 spices involved. It smells fresh and spicy but the medicine-like aroma still permeates the nose. If you like root beers with a substantial lace and head, this is not for you.

– Not Your Father’s Root Beer

Those with a sweet tooth will appreciate Not Your Father’s Root Beer because it features caramel, vanilla, cloves, anise, and sarsaparilla. Although the hard root beer has an ABV of 5.9 percent, the taste of alcohol is very subtle. You might forget you are drinking an alcoholic drink and find yourself tipsy.

This is a well-balanced beer that features licorice, sassafras, vanilla, and birch root. It does not have a strong alcoholic taste but its alcohol content is 5.8 percent. This black-colored hard root beer has a medium body with light carbonation that many consumers enjoy.

Minhas Brewing was established in 1845 and is among the oldest operating breweries. Among its products is the Minhas Boxer Hard Root Beer with 5.5 percent ABV. The root beer features molasses, vanilla, nutmeg, cinnamon, licorice, anise, fennel, sane sugar, and hints of caramel. This soft carbonated hard root beer is not too sweet and the taste of alcohol is not loud so people who enjoy mild flavors will like it. 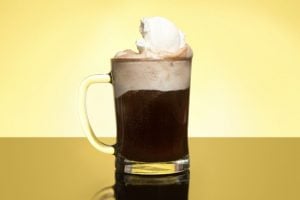 The hard root beer niche is small because not everyone enjoys the flavor of root beer. Regardless, there is hope that the market will grow as the craft beer scene continues to expand. If you are a lover of root beer, experiment with the alcoholic root beer recipe provided above and tweak it to suit your taste. You never know, you might find a nice formulation that may be commercially viable.

There are variations in different recipes; therefore, do not think you are missing out because every brew has different hard root beer ingredients. Just brew this recipe first, see how it goes and then tweak it to suit your needs and the quantity you want. Please ask any questions or tell us your observations in the comment section below.