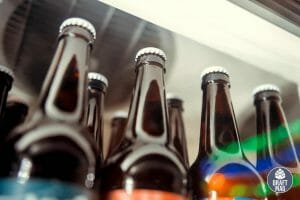 If you’ve ever asked yourself, “How long does beer last in the fridge?” then you don’t have to worry — beer that is kept in the fridge generally lasts a long time. However, every beer has its own expiration date and shelf life, depending on how it is made and stored.

The shelf life of craft beer and commercial beer differs depending on the brewers’ brewing process. In this guide, we will find out all about how long beer lasts and its shelf life in the fridge, so read on to know more in detail.

How Long Does Beer Last in the Fridge?

If you do not remove it from the fridge and alter its temperature, it will stay good for more than two to three years. However, the risk of the beer going bad is higher if you keep an open bottle or can in the fridge. The oxidation will bring down all the beer’s taste, flavor, and essence and make it flat within a day’s time.

So if you want to store an opened beer, it is most advisable to put it in a growler or crowler. Choose a keg or crowler as per your leftover beer and ensure that the glass is of darker color to store it properly, then make it airtight and put it inside the fridge. Once opened, it is best to finish the beer within a day or two to enjoy it in its original form.

Yes, as a matter of fact, beer does expire and has an expiration date. However, some of these beer expiration dates might not be taken too seriously, and sometimes people do drink beer even after its expiry date.

But it is most advisable to drink beer as fresh and as close to the expiration date as possible. Why? There is a high chance that while drinking expired beer, you might experience a bad taste and aroma that might linger on for some time.

Almost all beer companies have an officially printed expiration date on the container, but the threshold date printed on the can/bottle/package depends on the brewer, bottles used, storing, method, and brewing style.

For example, if the beer in question is stored in a bottle that can easily come in contact with light and is transparent, it can get easily contaminated. No matter the color of the beer bottle, it mostly depends on the transparency of the glass bottle. Metal cans have better storage because they mostly do not let light pass.

Generally speaking, any average beer can stay good on the shelf for three to even nine months after its expiration date. It is best to store it at normal room temperature if you do not want it to go bad. But none of these rules or threshold periods is applicable for opened beer. If you have a sealed and airtight bottle, then your beer can last much longer than the recommended expiry date.

Yes, beer can go bad, but that does not necessarily mean that it becomes toxic or undrinkable. It might lose its true qualities and effects of an ideal beer after the expiration date. Still, it does not become poisonous or harmful, which is the primary case with most alcoholic substances.

If you store it with proper care, it can stay good for quite some time. When we say it goes bad, we mean that it will lose the carbonation, have no fizz, might also lose some of its taste, and become quite bland.

– When Is Beer Best Consumed?

Most beers are best consumed as soon as it is produced, except for some that can age and mature with time. When a bottled beer ages well with time, it is generally mentioned on the bottle or label. So if your beer has no such mention, it is always best to consume beer the day it leaves the brewery or production unit.

Most beer is best consumed fresh or by the expiration date, which is generally between three to six months. Most beers do not have a long shelf life other than sours, strong beers, and barrel-aged beers.

If you keep beer at room temperature for longer than the recommended time, it can develop other flavors. It can quickly become flat beer after the recommended shelf life. If you consume it the day it leaves the brewery, it stays fresh, retains the original flavor, color, and texture, and completes your beer-drinking experience.

– Does Beer Go Bad in the Heat?

Yes, beer goes bad in the heat. Like most alcoholic substances, it loses its stability, and the molecules react with the heat, changing the color and taste of the alcohol. Any form of heat is bad for alcohol, and as a matter of fact, beer goes bad faster than its expiration date if it is exposed to extra heat. That is why if you ever want to store beer for a long time, having a set controlled temperature around it is very crucial.

This is a rule that most craft beer makers and top brewmasters of the world swear by and must be held as the rule of thumb for beer storage.

Yes, beer can go bad when exposed to extreme light for a prolonged period of time. All kinds of alcohol, including beer, must be strictly stored in a dark room far away from any exposure to light. Even if beer can handle exposure to a bit of light, it should never be exposed to strong light.

– How To Know if Beer Goes Bad

When it comes to beer, there will be an expiration date mentioned on the packaging. It is always advisable to follow that before you consume a stored beer. However, in any case, if the beer feels flat and has a “skunky” flavor when you taste it, then the beer has most definitely gone bad.

Pale beers turn darker than their original color when it goes bad. If the beer is darker in color, it can turn into dark brown or even purple in some cases if it is exposed to light or heat for a long time.

– Which Beers Take Longer to Expire?

Most strong beers like porters, imperial stouts, and barley wines have a much longer shelf life than most normal lagers and ales. At times, many of these beers develop an added layer of flavor when stored for some time on dark shelves.

Even wild and sour beers come under this category and develop new and exciting flavors when stored for long. This is because the amount of yeast and bacteria in these beers reacts even more with time, developing new flavors.

When beer ages, the bitterness, and IBU value generally goes down drastically. At the same time, due to bacterial reactions, the beer’s sweetness increases, making it flat, tasteless, and harder to store. If you plan to store beer and age it, it is always advisable to follow strict guidelines, keep it at a stable temperature, and store it away from bright light at all times.

Many beer lovers store beer, but keeping track of expiration dates is a must if you want to stay true to the beer-drinking experience. So here is a list of methods to store beer in different kinds of containers and packages.

Bottled beer can go bad, but if bottled beer is kept away from light and extreme heat, it can stay good for three to nine months, depending on the bottling and brewing process. If, by any chance, it is stored in a warm place, it can turn bad in less than three months. If you store it away from light, it will not develop bad flavors. When you store it at a controlled temperature, it will not fall flat and will retain its original taste for quite some time.

Any kind of beer is ultra-sensitive to light. This is because the hops present in the beer are reactive to light, and when taken out of its dark storage place, the flavor can go off. It will become “skunky” in taste when exposed to light or heat.

Canned beer can also go bad when not stored properly, but cans can be stored much better than bottles because of the metal coating inside them. Even if it is exposed to some form of light, the body of the can does not harm the beer very easily. Canned beers have very little extra space between the can and the beer. It is nearly airtight, which stops the oxidation of the beer when it is exposed to heat or light.

Although canned beers are easy to store, they can go bad after three to nine months. If you store it inside the fridge at a particular temperature, it can stay good for over two to three years after the expiration dates. The oxidation process in cans is much slower than in bottles, reducing the chances of the beer going completely bad.

Kegged beers go bad pretty fast. These beers must always be stored in the fridge as they never remain good at normal temperatures. If the kegged beer is non-pasteurized, there is a high chance that it will become flat and “skunky” in less than 45 to 60 days.

If you purchase a big keg for a party, it is advisable to finish it within a day or two from delivery. This is because air is pumped into the kegs to push the beer up to the nozzle. If not consumed within 24 hours, the beer can fall flat.

Crowlers and growlers are mostly used by craft breweries and brew pubs to let people take away craft beer in larger quantities. These beers are always meant to be consumed as fresh as possible. Do not try to store them for more than half a day. These containers are filled directly from the tap, and due to the high exposure of oxygen, they can go bad super fast.

Before you pass your final judgment on whether or not you can still drink that stored beer on your shelf or in the fridge, here is a quick recap of everything you need to know about the shelf life of beers. 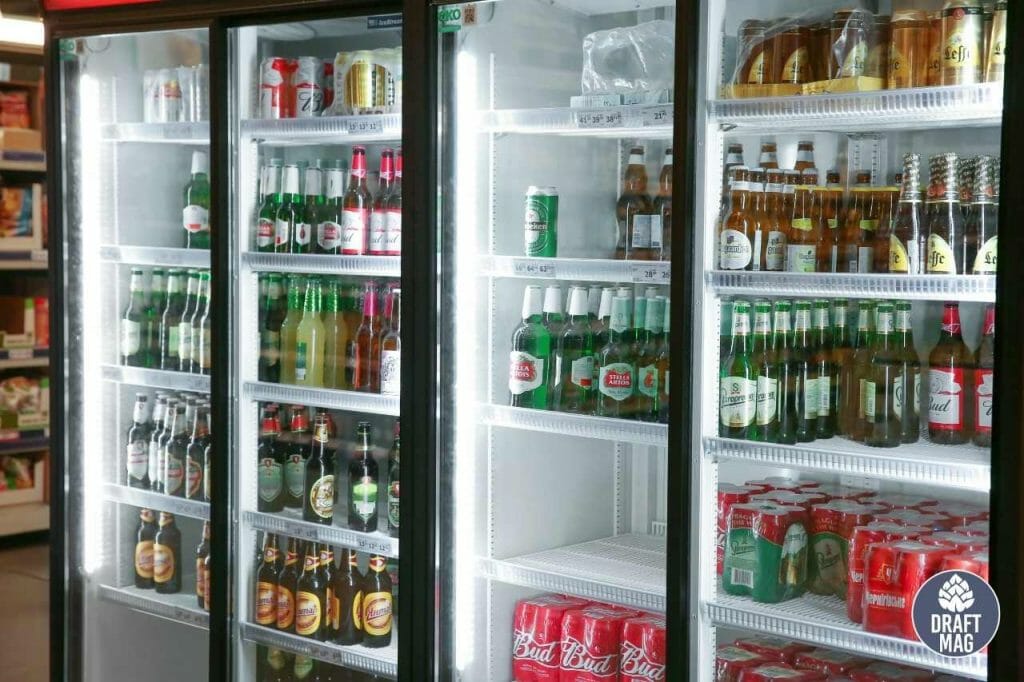 Beyond that, it is always advisable to check the expiration dates on the beer bottles/cans/kegs or crowlers before you consume the product. It is always better to be safe than sorry, so err on the side of caution.