Brewers dry hop their beer by steeping hops to the beer after it has gone through primary fermentation, and this is done to achieve a particular style or taste, making this an essential part of brewing. Even homebrewers must know how dry hopping works to make some of their favorite brews. 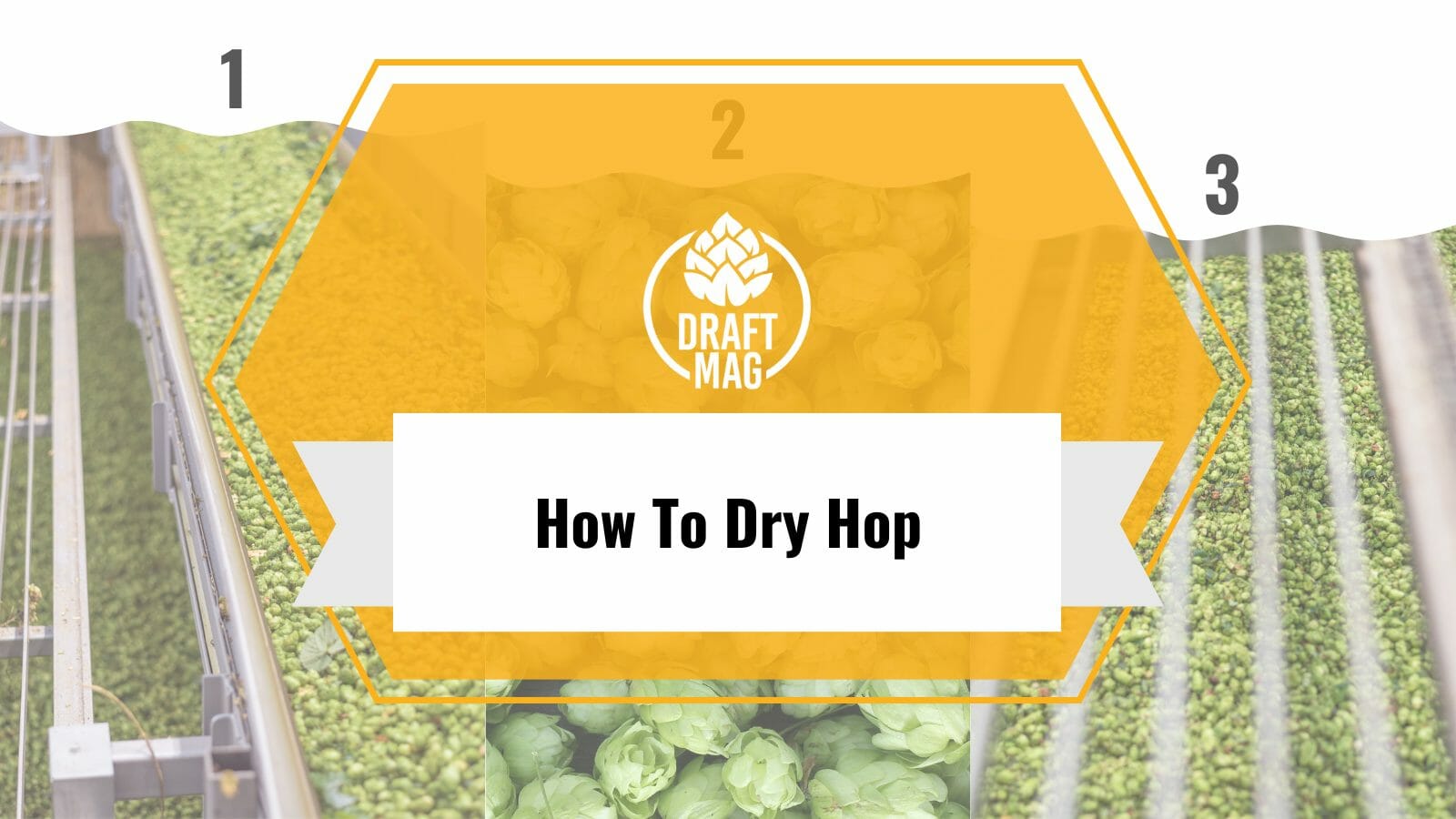 Whether you’re new to homebrewing or just need more dry hopping beer techniques, we have put together this complete guide for you. Check out these tips and tricks for choosing hops, dry hopping and using pellets.

How To Dry Hop: 4 Techniques

We can look at the best way to dry hop with the basics in mind. There are four popular variations of dry hopping your beer, and some of them are pretty fun to do.

One of the most popular methods is dry hopping in primary. Although some experienced homebrewers prefer to do the dry hopping in secondary, doing it in the primary is also possible. Hopping in primary seems to reduce the beer’s aromatics, which is why it is avoided, but the truth is that it changes the aroma compounds in the beer.

So if you want some unique aromas in your beer, you can decide to dry hop during the primary fermentation, but if you’re going to stick to the traditional ways, then do so during the secondary.

Another excellent technique to dry hopping is keg hopping. This involves putting the hops in a hop bag or tea strainer and then dropping it into the keg of beer as it ferments. Since the hops are placed right into the bag and the beer will even pass through it when you serve, you can expect a very hoppy beer.

Take note that when dry hopping in keg, you need to consume the beer within two to three weeks for the hops to be present in the taste and aroma. If not, your beer will taste grassy instead.

The Randall is a machine used to hop beers created by Dogfish Head Brewing. It connects to your tap lines directly and pushes the beer through whole hops. The fresh or dried whole cone hops are placed in a sealed chamber, and the beer runs from one end of the chamber to the other.

Since it directly touches the hops before reaching your glass, you can expect prominent aroma compounds in the beer. To do this you will need a kegerator, or you can purchase your own Randall from the Dogfish Head website.

Finally, we have the French Press. This is not exactly an efficient method of dry hopping your beer, but it is a good way to experiment and pair different beers with specific hops. If you plan on dry hopping just a small amount of beer to see how it tastes, you can add some hops to your French Press.

After giving it some contact time, press the plunger and serve the beer to taste it. Keep in mind that this will make the beer much flatter than it was before and remove some of the carbon dioxide, but it will also show you the kind of hops you should use with the beer in the next batch.

What Does It Mean To Dry Hop?

The process takes a painfully long time with some brews, but it gives the beer a more pronounced aroma and flavor without making it more bitter. Many types of beers like pale ales and Indian pale ales are brewed using dry hopping, which adds depth to them.

Hops can change the taste of the beer depending on when they are added. For example, they contribute hints of bitterness if they are added during the boil, and when added later, they cause deeper flavors. If the hops are boiled with the beer, you can expect pronounced flavor and aromas.

The aroma compounds remain in the beer with dry hopping, and it does not add any bitterness to the drink. Hops also feature antimicrobial properties to prevent infection since there is a risk of the beer getting contaminated. Since the best way to get the beer’s aroma and depth is with dry hopping, you can see how important it is to learn how to do this properly.

How To Choose the Right Hops

Before you dive into dry hopping, it’s essential to first select the right kind of hops for the brew you’re making. There are different types of hops out there, and if you’re following a recipe, you should use the hops schedule included in it. This way, you get the exact result of the beer you are trying to make. 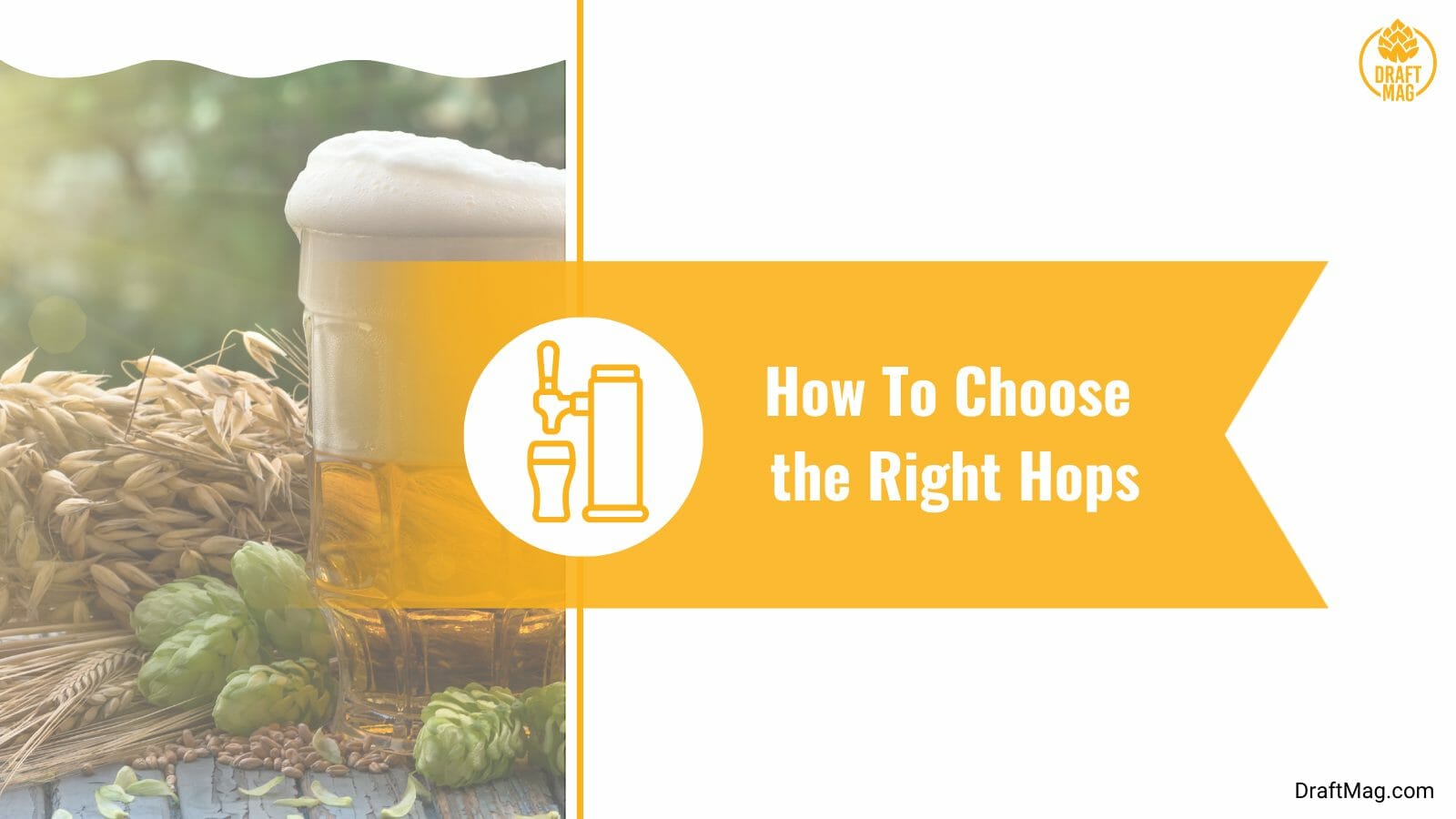 However, if there is no dry hopping included in the recipe, you can still dry hop beer by using the latest hop addition in the schedule after primary fermentation. Alternatively, you can also use a complimentary hop by choosing one that is similar to those you have used before. For example, if you used Citra in the boil, you can use Centennial hops in the dry hopping.

It is also possible to blend different kinds of hops in dry hopping if your pale ale uses those hops in the boil. When making your beer, you might also have trouble choosing between lower and higher alpha acid hops, but both of these give you great results. You can increase efficiency by using lower AA hops because they have more delicate aroma oils than those with high AA.

Both dry and wet hopping contributes to the hoppy nature of beers. With professional dry hopping, the hops are preserved until the brewers can use them in the brew, but with wet hopping, they are used in the brew immediately after they are harvested since they are still fresh.

The main difference is that wet hopping adds bitterness to the brew, while dry hopping provides hoppy aromatics. Also, wet hopping is not always as prominent as dry hopping.

There are double and triple dry-hopped beers, which means you get a more significant hop presence and aromatics in the beer. But wet hopping can have very subtle effects on your beer and don’t have to be a big part of the beer’s flavor, it can blend entirely with the yeast and the grain flavors instead.

Wet hopping is always used in making beer, but dry hopping depends on the beer style.

Hops come in different forms, and any one of these can be used to dry hop. They include whole cones, plugs, extracts, wet hops, powdered and pellets. Many homebrewers get confused about how to dry hop with pellets, so here are two recommended ways to do this.

You can use the keg hopping process with a hop bag when your hops are in pellet form. This even allows you to put different kinds of hops in the keg simultaneously.

To do this, measure out the hops and put them in your sanitized hop bag. Place it in the brew and let it sit for not more than 72 hours. After that, you can now remove the hop bag and package your beer.

– Without a Hop Bag

If you don’t have a hop bag, you can select and measure the hops and then drop them directly into the brew. Keep in mind that they will break and foam immediately after reacting with the brew. Leave the hops to sit in the beer for up to 72 hours, and afterward, you need to strain the hop matter before bottling.

Keep in mind that the hop residue can get stuck in your equipment when doing this, so you should be careful. However, this process will save you time and won’t require you to purchase hop bags. It also cuts down the amount of cleaning you have to do.

If you use a carboy for your fermentation, you won’t be able to pass a hop bag through the small opening. You might toss the pellets in, but this will increase your cleaning time as it will dissolve and add gunk to your equipment.

You might also purchase carboy-specific containers online or at your homebrewing store and put the pellets in. These are cost-effective and can easily pass through the opening of the carboy.

– What To Do About Contamination

Using a hop bag to dry hop your beer means that you run the risk of contamination, leading to the wrong flavors in your beer. With this in mind, you should clean and sanitize every piece of equipment and utensil that will come in contact with your beer.

You can use non-scented dish detergents for cleaning the plastics, white vinegar combined with hydrogen peroxide for the equipment made with brass, and percarbonate cleaning products for the metal equipment.

Fortunately, hops are naturally antimicrobial, so you don’t have to worry about sanitizing them, only the hop containers.

How Long To Dry Hop Beer

In terms of dry hopping, most brewers would probably ask how long is long enough?

If you remove the hops too early, you might not get the aroma and depth you want, but leaving the hops for too long will spoil the taste of the beer.

The answer will depend on the aromatics you want to achieve and the type of beer you’re brewing. When homebrew dry hopping in a secondary fermenter, you get more aromas within 24 hours than with primary. It will then improve for the next 48 to 72 hours, but not as much as in the first hours.

Some homebrewers mistakenly leave the hops in the beer while it ferments for the whole period of fermentation, but if you do this for more than two to three weeks, you end up with off-flavors like vegetal or grassy tastes. It takes about a week or two for these flavors to develop in the fermenter.

Also, there’s not much that the hops can do to increase the aromas after 72 hours, but if you don’t have time to package it, you can leave it for up to two weeks. Thus, the perfect time to dry hop beer is 48 to 72 hours, but it shouldn’t go past two weeks.

Pros and Cons of Dry Hopping Your Beer

The main benefit of dry hopping your beer is that it allows you to get as much aroma and flavor from the beer as possible, offering a deep essence that you wouldn’t have obtained otherwise. If you like hoppy beers, then dry hopping is definitely for you.

On the downside, it does not add any bitterness to the beer, so if you want the right amount of IBU, you need to pay attention to the wet hopping. Also, there are a lot of precautions to take note of in terms of sanitizing, and leaving it for too long changes the taste.

Despite this, there are many instances when dry hopping is necessary for a beer style, so you have to do it anyway.

Try Out Your Preferred Method!

With this knowledge, you can check out our four techniques for dry hopping your beer and try them out whenever you brew at home.

Now that you’re well-equipped on what to do, you can definitely succeed in homebrewing a delicious recipe!