You might have thought about how to frost a beer mug as you gulp a glass of beer. As a beer lover, you might enjoy it at either room temperature or ice cold. If you enjoy chilled beer more, you might want to learn how to keep it cold for long as you drink. 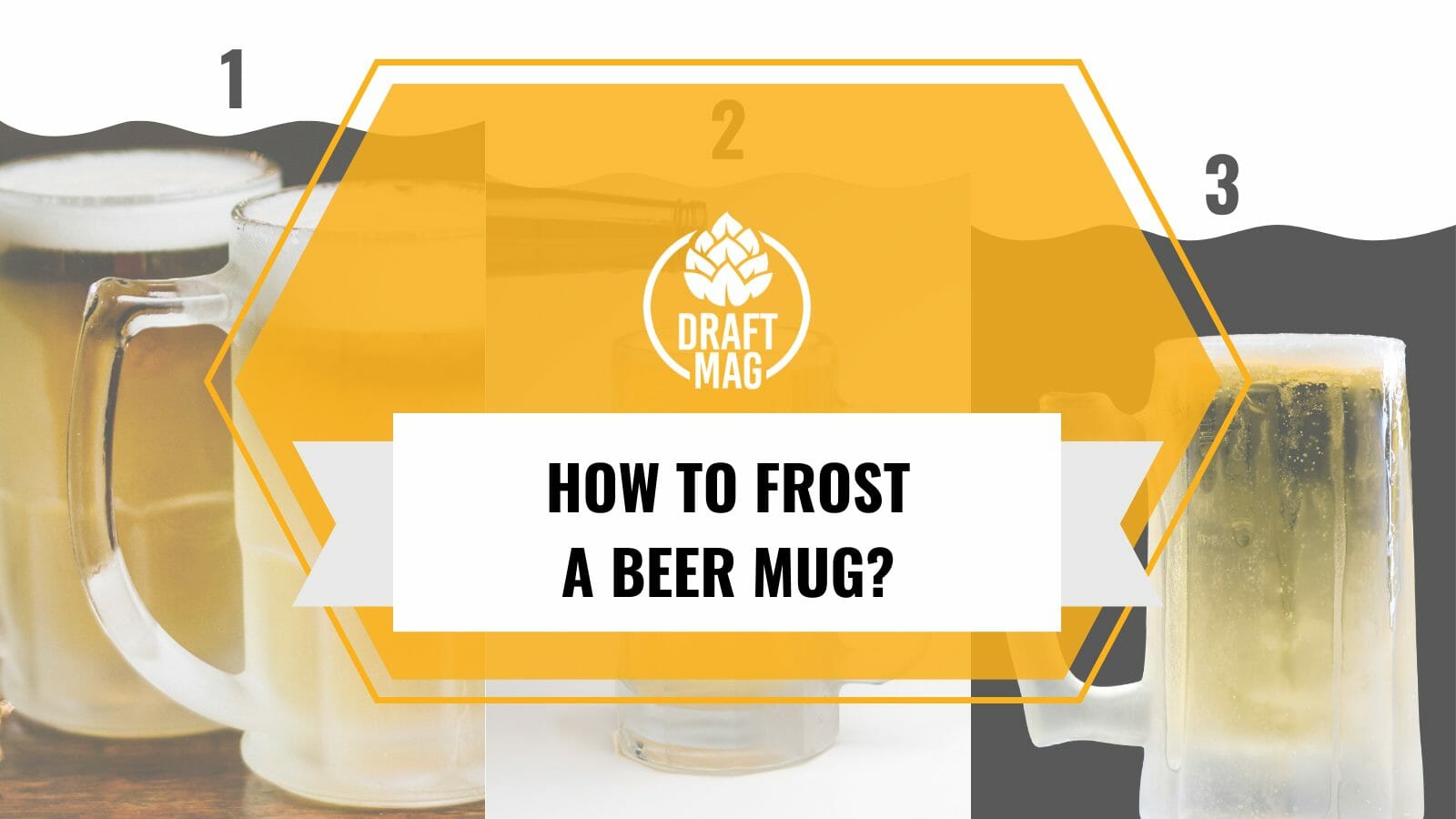 This complete guide explains how you can frost a beer mug without spending much money or wasting your time with trial and error.

How to Properly Frost a Mug for Beer

You can properly frost a beer mug using a freezer, a portable glass froster, using ice and water, or even using damp paper towels! You’ll find detailed steps here, so grab your glass and get right to it!

Now let us talk about easy ways to frost a beer mug which also apply to how to frost glass.

Although we are not freezing the beer glass itself, we can still use a freezer to have a nice cup of frosted beer. This is one of the quickest and most commonly used means. Other alternative methods all require the use of a freezer to make them work. However, you must be careful to regulate how long the mug will stay in the freezer so it does not get hardened by ice or even break. 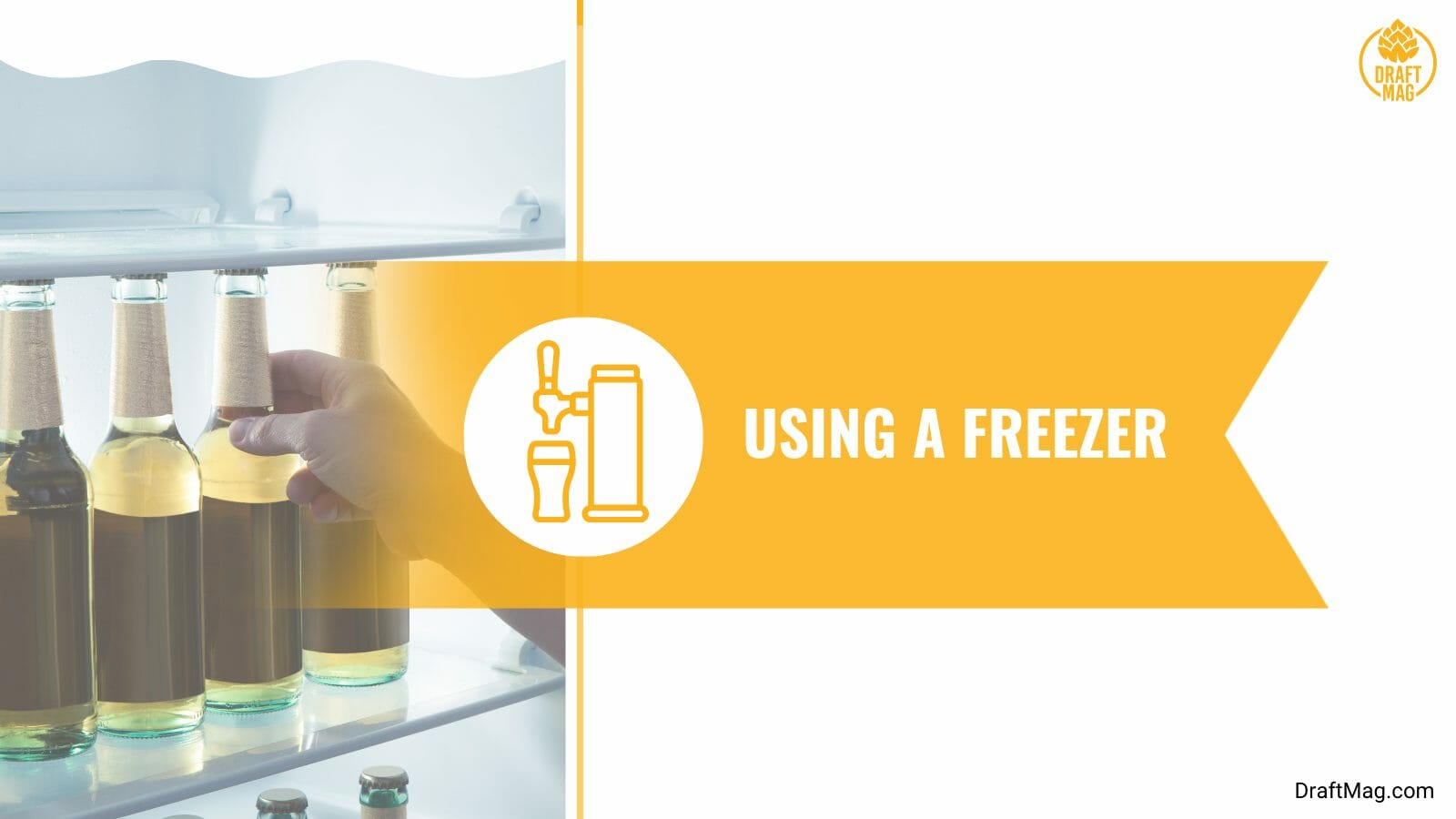 Take note that not every mug or glass used in consuming beer can be kept in a freezer for a long period of time, so ensure you work with a strong type of glass.

You might have probably seen a commercial glass froster in a bar. It is simply a machine that frosts glass within seconds by spraying liquid carbon dioxide on the glass. The portable glass froster is designed similarly, but it is smaller in size and perfect for use within the home. It is expensive, so it is not commonly used today, even though it is faster and not as stressful to use.

However, if you want to make use of one, here is how:

If you cannot wait a long time for your frosted mug in the freezer, here is an alternative. All you need is ice cubes and cold water. Remember, water on the mug helps with the condensation process, so water that is put in the mug will also help increase the frosting rate. 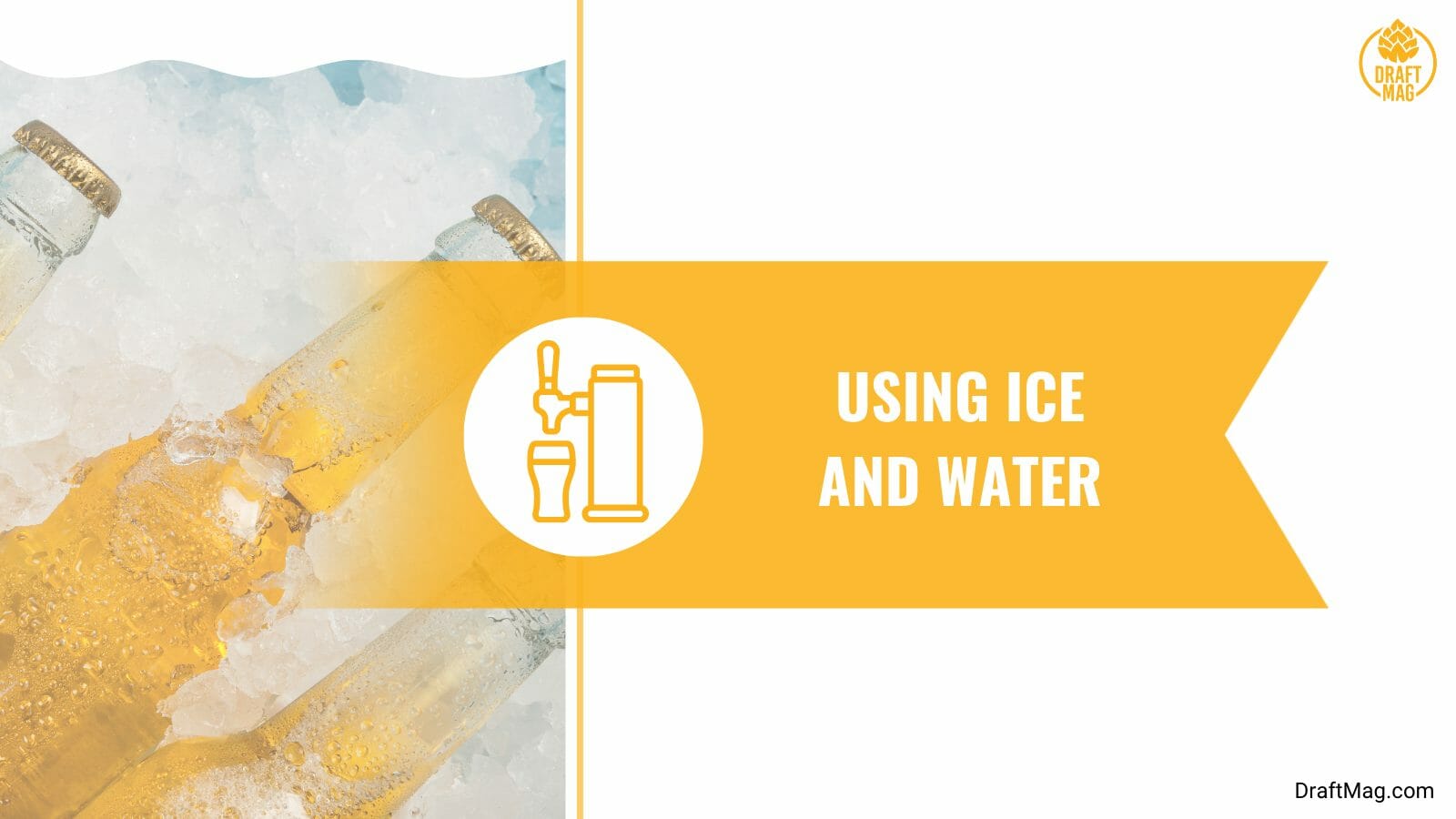 Here is how to do it:

Take note that ice cubes are not used in beer, so do not forget to throw them out.

You read that right — wet paper towels can help get your beer mug frosted. They serve as an intermediary for the air temperature around the mug, so the condensation and evaporation processes are faster. This is one convenient method since paper towels are not hard to find. However, they do not work alone in the frosting process.

These are the steps involved:

We know we are talking about beer in this article but do you know that vodka can also give your beer mug that frosted look it deserves? Not to worry, you do not have to mix both drinks; only the mug is coated with vodka. If you have vodka lying around, here is how to use it: 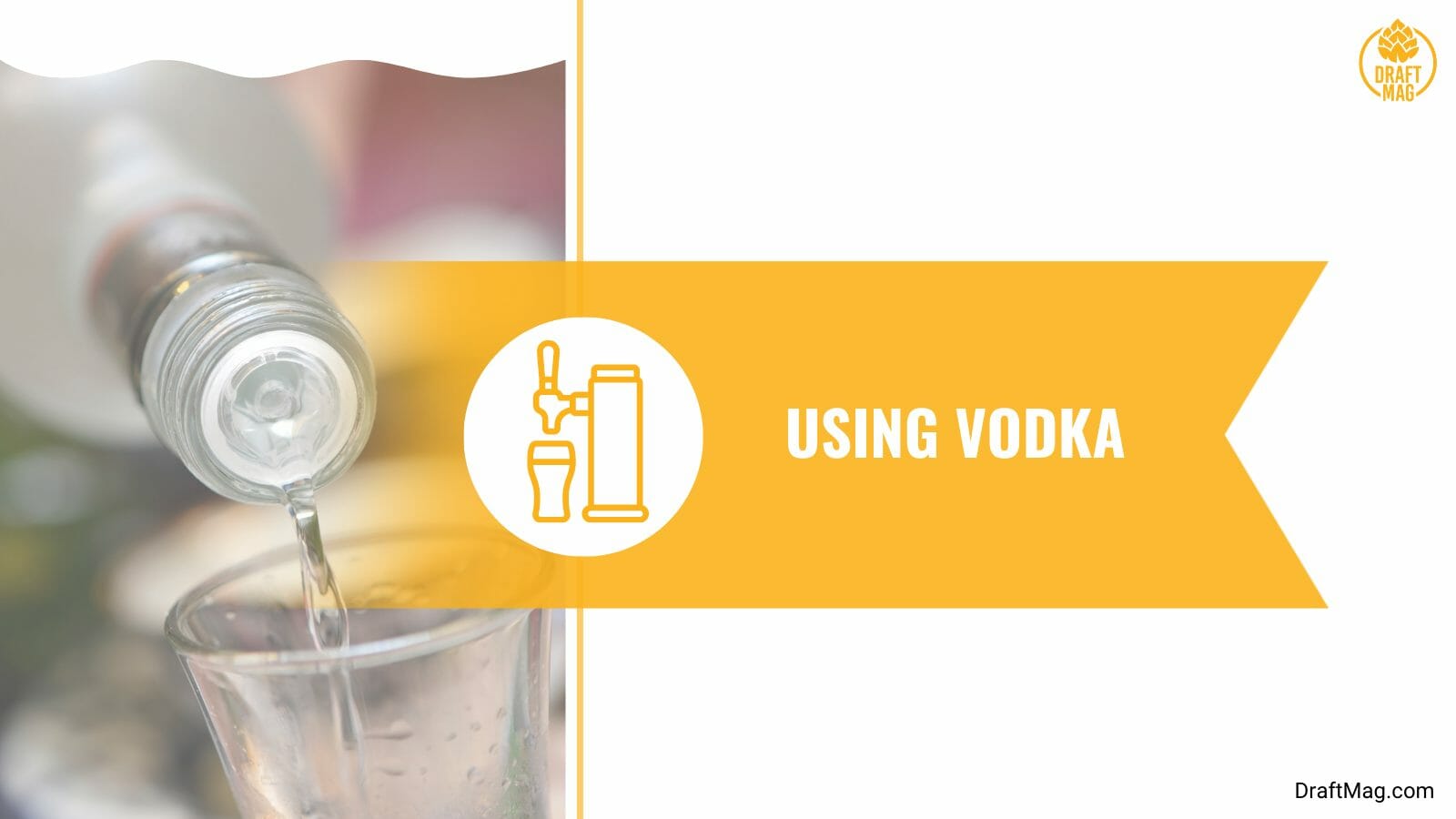 – Drinking From a Frosted Mug

Should beer glasses be chilled? After all, the beer itself is cold. Well, frosted beer mugs are often trademarks of any bar you walk into. There is something refreshing about chugging down beer in a frosted glass mug for beer lovers.

You might wonder how this is done and if you can get it done within the comfort of your home. You can have your frosted beer mugs personalized, and rest assured that your overall beer-tasting experience will improve.

Frosting a beer mug might seem as simple as ABC, but not everyone can pull it off as it is quite a delicate process. Hence, you should keep some basic do’s and don’ts in mind while carrying it out. These are the do’s first:

The following are errors you must look out for when frosting a beer mug: 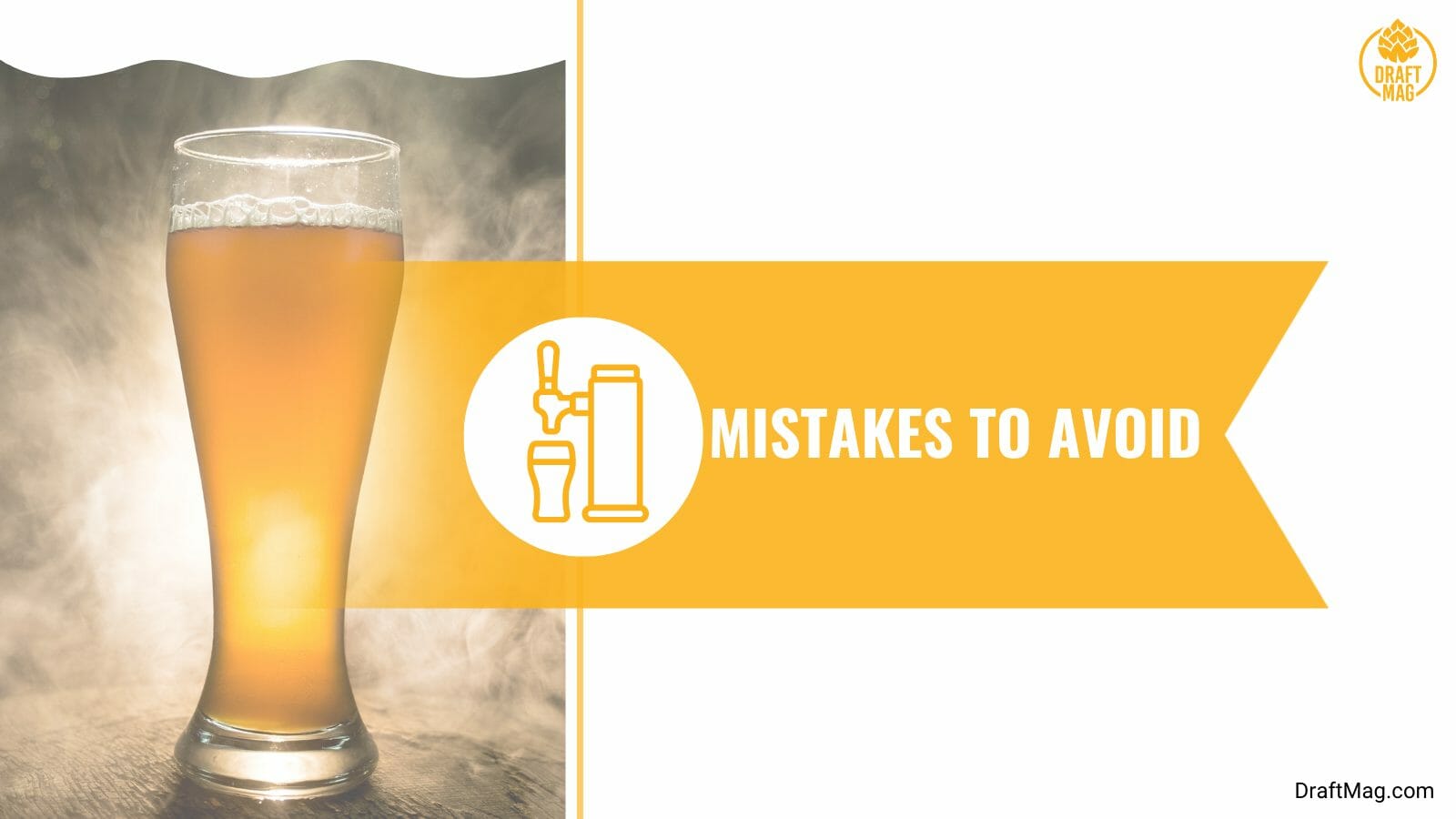 How To Get the Right Beer Mug for Frosting

Glass mugs are perfect for frosting, but acrylic and plastic mugs can also do the job; frosted root beer mugs are usually the go-to for enjoying a chilled beer. Several portable freezer beer mugs are long-lasting and come in different designs.

Now that you know how to frost a beer mug, you might be asking what type of mug to get. The kind of mug you frost goes a long way in improving your overall experience of enjoying your chilled beer. First, you need to note that using fragile glass is terrible as you risk smashing it into pieces. Also, large, tall mugs that weigh about 12 ounces on average should be considered.

– Do “Frozen ” and “Frosted” Beer Mugs Mean the Same Thing?

No, these are not the same thing; while both terms require the same process, freezing starts after frosting is completed. Frosted technically means “chilled,” while frozen means that ice has already been formed.

You might have used the words “frozen” and “frosted” interchangeably as synonyms; while there is no crime in that, they do not mean the same thing. “Frosted” also means “chilled,” which is the starting point of freezing. This frost can be seen on the body of a glass or mug as a thin layer of ice appearing as a white film that can fade quickly. Does that look familiar?

“Frozen,” on the other hand, is a state where ice has been formed and has hardened the substance. Here, a thicker film forms on the beer glass that holds the content. This takes longer to melt than the rate of frosted beer mug sublimation.

Frozen beer is not always an option due to how the frozen sensation affects the taste of the beer, making it less enjoyable. So while both kinds require the same process, freezing starts after frosting is completed. Therefore, our focus in this article was to discuss how to frost beer mugs without freezing them.

In this complete guide, you have learned how to get the best frosted beer mugs tips. Here is a summary of the article:

Did you get thirsty reading this guide? Get that frosted pint glass or beer stein and pour yourself a nice glass of craft beer — enjoy!