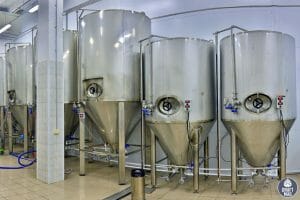 If you’re looking for the finest Indianapolis breweries to enjoy your experience, you’re in the right place. Indianapolis was named one of the top beer cities by USA Today, which means you can enjoy a fantastic experience with a wide range of brewing companies.

Whether you want to enjoy beers in a dog-friendly taproom or are looking for a delicious balance of food and beer, there’s something for everyone in this city. Let’s take a closer look at the top breweries in Indianapolis.

After researching the different craft breweries in Indianapolis, we compiled a list of the best choices for your brewing experience.

Sun King Brewery is at the top of our list, which was named the largest craft microbrewery in Indianapolis. They produce over 25,000 barrels yearly and won the most medals at the 2020 Great American Beer Festival. Here are some of their most famous brews: 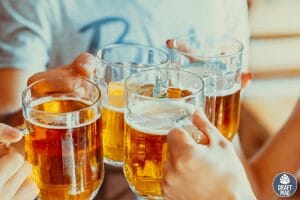 You can check out their newest location at the Indianapolis International Airport. The other locations are Downtown, the flagship brewery, Carmel Distillery, and Fishers. At the brewery, you can also get free tastings and growler fills.

Fountain Square is one of Indianapolis’s top places for great craft beer. The brewery is located in a converted warehouse in the hip and bustling Fountain Square Cultural District. The warehouse now looks like a funky and homely location. 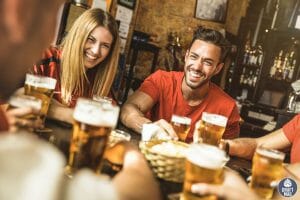 The brewery is known for its collection of non-fussy beer styles. The Cultural District also features live music, local restaurants, art galleries, and art studios for a fun experience.

If you’re looking for a brewery that combines the fun of live music with delicious beers, Chilly Water is a top choice. The brewery has won the Grand Champion Brewery of the Year, Indiana State Fair Brewers Cup Best in Show, and Indiana Brewery of the Year. Their top beers include: 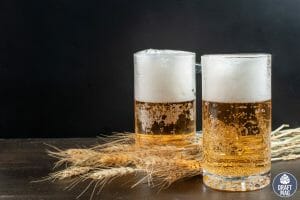 When it comes to food, the brewery is also known for its hoagies, like the famous Pennsylvania Day Sammie.

Although many breweries in Indianapolis are known for their lagers, Daredevil is the ideal place for ales and delicious hoppy beers. The brewery is known for Enjoy a Lift Off IPA, the number 1 IPA in Indiana. Other top beers include: 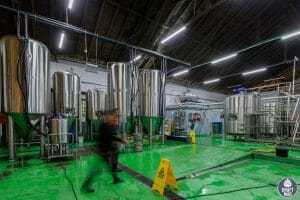 They are known for brewing aggressively fun beers. Just because their beers are hoppy doesn’t make them unbalanced. Also, the brewery has a top-notch German-style lager program to add to it.

Next on our list is Big Lug and Liter House, inspired by the beers, food, and spirits the founders like to drink. You can find the brewery off the Monon Trail in Nora and enjoy beers like: 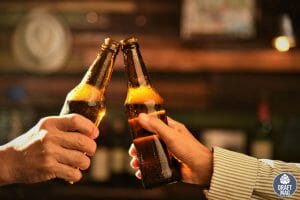 The exciting brewery offers a relaxed design, making it an ideal place to enjoy delicious beers and grubs with others. The brewery has a patio and outdoor bar that you can visit when the weather allows.

We also recommend Black Acre for those in Indianapolis who want to enjoy delicious beers. It is located in the popular Irvington neighborhood and offers small-batch artisan beers. Some top choices include: 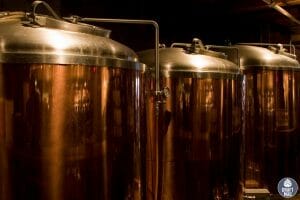 Black Acre is primarily known for its seasonal and specialty ales, which are constantly rotating. The upscale brewery works whether you want an evening night out or a date with your partner.

Anyone who wants a traditional English pub experience while in Indianapolis should check out Broad Ripple. The brewery’s tap room has a fantastic décor, a cozy fire pit, and dark wood paneling. Check out the list of our top beers: 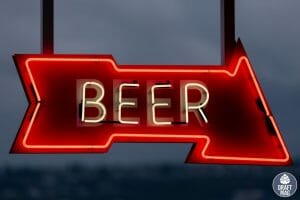 One of the specialties at this pub is the beer cheese rock. Broad Ripple is known for starting the craft beer scene in Indianapolis, as it is the oldest operating brewery in the state.

Located on the northwest side of Indianapolis, Deviate Brewing is focused on deviating from the norm, as its name implies. With the belief that beer should always be outside the box, they have top brews like: 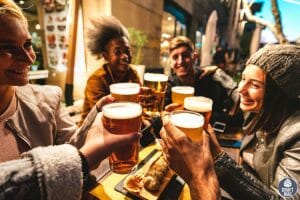 Deviate brewers have won different awards, assuring beer loves in the city of their top beers. They also have a delicious menu of BBQ, Mac & Cheese, sides, and snacks.

If you’re looking for a pet-friendly brewery while in Indianapolis, Metazoa is an ideal choice. The brewery is pet friendly but does not allow anyone under 21 to enter. Some of their famous beers include: 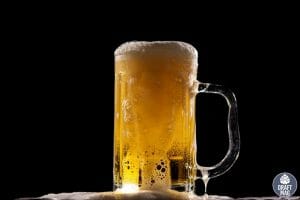 The brewery has seven house beers, but you can also look for its experimental beers and traditional ales on the seasonal list. Five percent of the profits from this brewery are donated to organizations focused on helping animals.

Another one of the top breweries in Indianapolis on our list is Black Circle, which offers high-quality local craft beers. The brewery provides small-batch versions of some famous and unique beer styles. Popular options include: 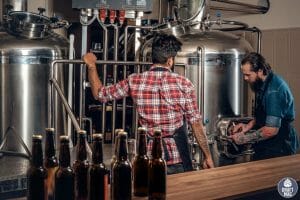 It’s one of the best places to visit in Indianapolis for beer and food, with a full menu, live music, movie nights, and vintage arcade games. The brewery focuses on keeping its customers entertained.

Your beer experience in Indianapolis won’t be complete without a visit to Blind Owl. This family-friendly gastropub is not far from Broad Ripple and features six house-brewed beers and 20 beers from other popular breweries. Check out beers like: 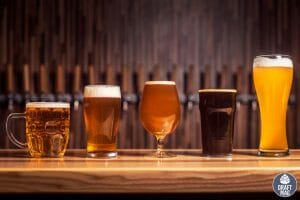 The brewery also offers a wide range of comfort food, from the farm (or garden in this case) to the table. Blind Owl has beehives on site, and the honey is used to flavor their beers and food. You can enjoy your beer in the cozy taproom or outdoor patio.

When it comes to finding a brewery that has a beer for everyone, Centerpoint is the top choice. The brewery uses high-quality ingredients to make balanced and drinkable beers for enthusiasts and casual drinkers. Check out beers like: 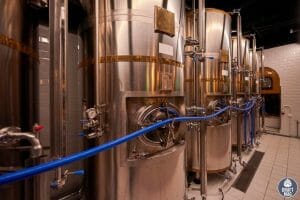 Centerpoint is also known for constantly organizing events to keep its customers engaged, from pint night to trivia night. You can check their calendar before visiting.

Ellison Brewing is the top choice for those trying out new beers. The brewery has a core lineup of popular styles like ales, stouts, and lagers. Some of the top beers include: 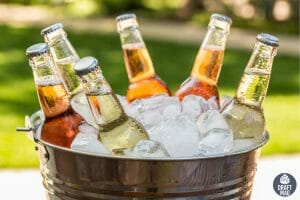 Aside from the basic core beer, the Ellison brewers are always excited about trying something new, so you can find experimental beers in their limited releases. Non-beer drinkers can order whiskey, gin, vodka, and rum.

Next on our list is Garfield, a neighborhood-friendly brewery that attracts craft beer lovers in Garfield Park. It offers drinkable and approachable craft beers like the following: 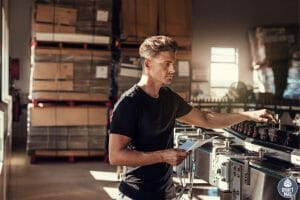 Garfield also offers diverse snacks to pair with your beer, whether you’re interested in hot dogs or pretzels. You can enjoy the beers on the patio aside from the tap room and bring your dogs.

Guggman Haus is the top choice for bold and modern beers in Indianapolis. The cozy brewery is constantly offering experimental styles, too, especially NEIPAs. When you visit, you should try: 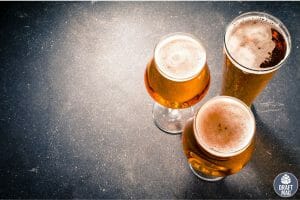 Haus is located in a two-story house, which you can find at the Boyle Racing Headquarters. The cozy taproom is designed to give you a retreat with an indoor pub, outdoor space, and food trucks.

You should visit Indiana City for an authentic experience whenever you’re in Indianapolis. The brewery is located in the Bottling House in Downtown Indianapolis and offers top beers like: 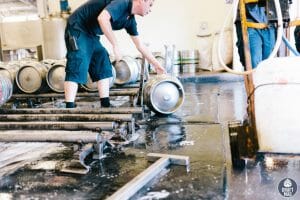 Indiana City is known for its hand-crafted approach to making its small-batch, traditional beers. They also organize fun events and discounts depending on when you visit.

With three locations in and around Indianapolis, MashCraft offers all residents and visitors a diverse experience that keeps them engaged. You can try out top beers like the following in any of the locations. 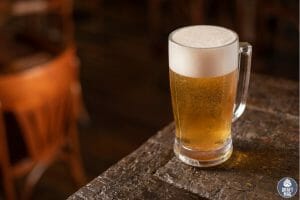 MashCraft includes diverse beers from hoppy and malty to clean and crisp beers. They are known for using the finest ingredients. If you’re unsure what to get, their gold, IPA, and red styles are the most popular.

Another location for beer that will impress enthusiasts in Indianapolis is Bier Brewery and Taproom. The best part is that you can never see the same menu twice when you visit, as their tap list constantly changes. Some of the popular beers are: 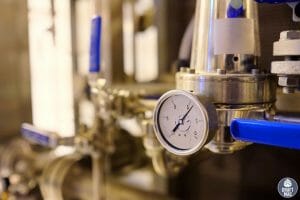 Bier was founded by a father and son duo, and they make over 100 beers in a year. The only thing that remains the same is their attractive Obi-Wan Kenobi-inspired taproom.

Oaken Barrel is a top choice if you’re looking for award-winning beer in Indianapolis and don’t mind a 20-minute drive. The popular brewpub is located in Greenwood, south of Indianapolis. It offers top beers like: 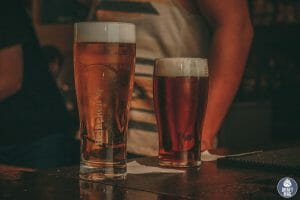 Oaken Barrel is known for its small-batch fresh ales, which it has been producing since 1999. The family-friendly brewery has a cozy taproom and bar area, where you can enjoy the standard ales or specialty brews.

Also on our list is 18th Street in Indianapolis, allowing you to enjoy a beer in the taproom or order beer and food. The brewery features three locations in Indiana, with one on 18th street, Indianapolis. 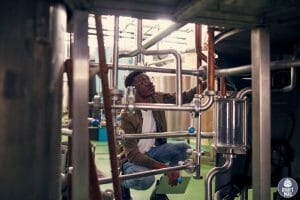 18th Street also has fun events for beer lovers in the city to enjoy. The brewery is open to children and adults, with kid-friendly meals, craft cocktails, and a rotating food menu.

If you want a unique experience while in Indianapolis, try out the spooky-themed Scarlet Lane brewery. The brewery is known for its diverse beers, from espresso stouts to hazy IPAs. They offer famous beers like: 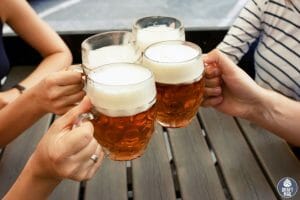 Scarlet Lane is the best place to visit if you want to enjoy delicious food with your beer. The brewery’s kitchen is headed by Chef Erin Kem, with a menu inspired by Asian fusion, English, American, Moroccan, Mexican and French cuisines.

Another top brewery near Indianapolis is Shale Creek, located in Franklin. The brewery is the first in the city, with ten in-house beers and diverse guest taps of beers and siders. You can check out their top beers, which include: 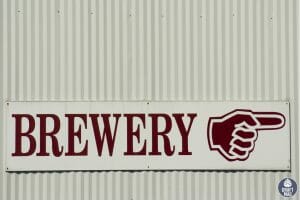 If you want a unique beer experience while in Indianapolis, check out St. Joseph’s church. What was once a church has been converted to a famous brewery and restaurant. The company makes diverse beers like: 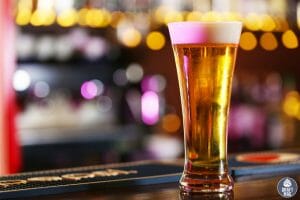 The taproom is designed with floor-to-ceiling windows and is known for its cleverly-named beers like Confessional or Sanctuary.

You should also check out Triton Brewing when you’re in Indianapolis. The brewery in Fort Benjamin Harrison is a fantastic place to bring a group of people for beer and food. If you’re not sure what to try out, some top choices include: 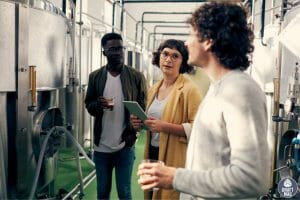 The brewery features a spacious tasting room and a breezy outdoor patio for enjoying a beer. Triton uses a reverse osmosis filtration system for its water, which gives you a cleaner beer.

We’re rounding up our list with Wabash, a neighborhood nano-brewery located northwest of Indianapolis. The brewery combines craft brewing with science and is named after the largest river in the state, Wabash. Here are the top beers that we recommend: 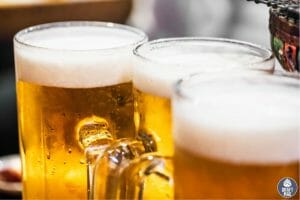 Wabash also offers a calm and relaxing taproom for you to enjoy. You can request a custom beer from them, although take note that it takes a few months for it to be ready.

When it comes to delicious beer in Indianapolis, there are many options to check out, which means you can enjoy a fantastic experience. Here are our top recommendations: 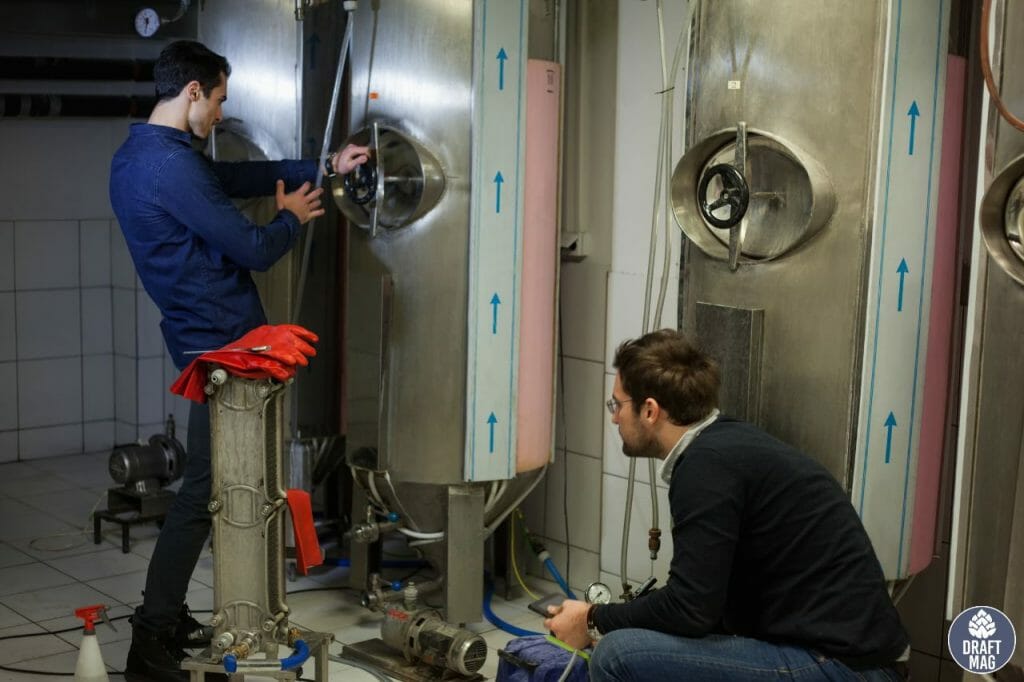 The next time you’re in Indianapolis, our complete guide is the best way to enjoy the beer experience in the city!