The Kirin Light Beer is one of the first light lagers in the world, offering a surprisingly flavorful character and full-bodied taste. The pale lager from Kirin Brewing uses a first-press brewing process for a higher concentration of flavor. 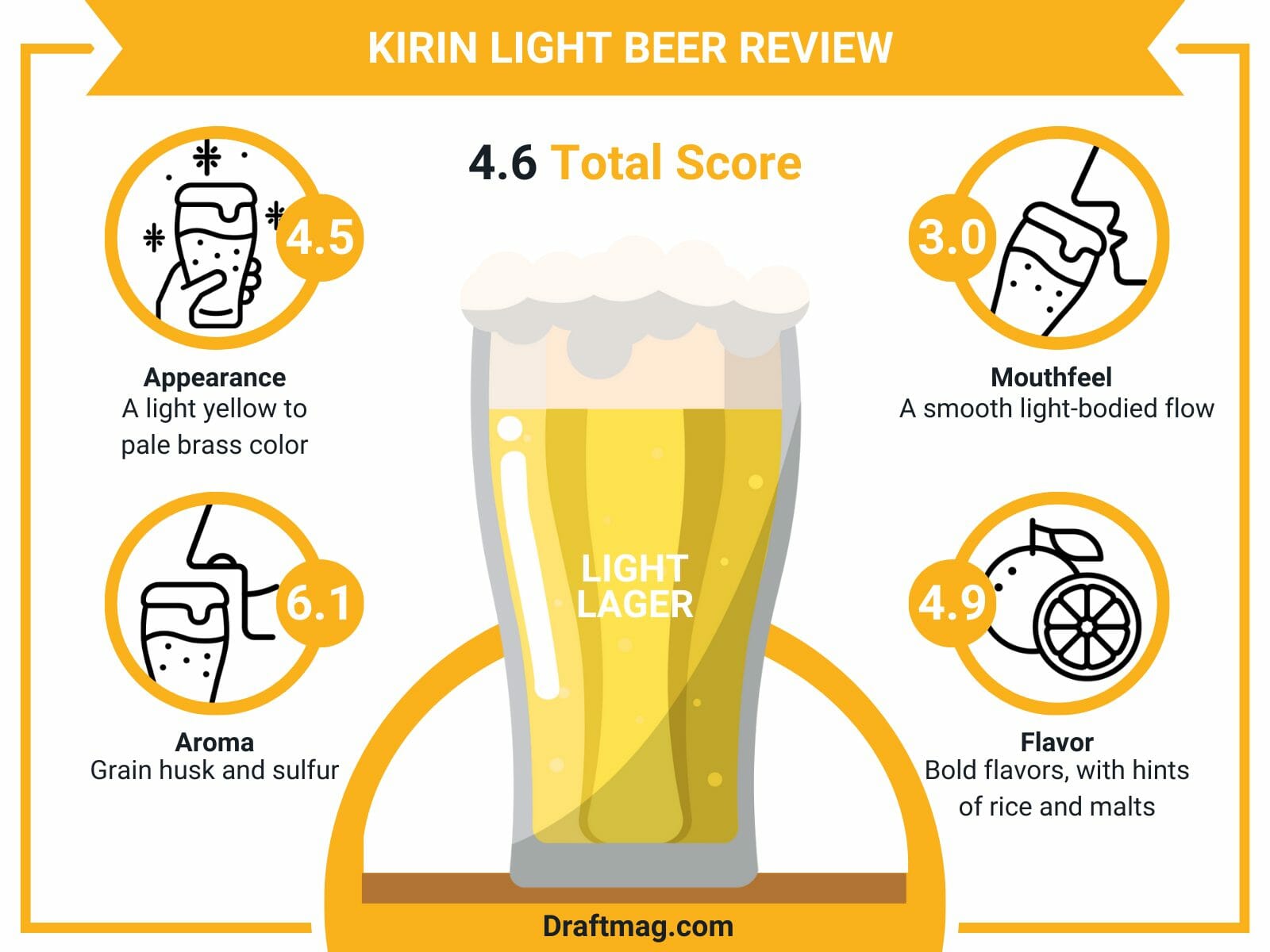 Perfect for pairing with light seafood and sushi, the Kirin Ichiban is a must-try for beer lovers. Find out more about this beer in our detailed Kirin lager review.

This is a light lager from the Japan-based Kirin Brewing Co. The beer has a light body but a full-bodied taste, with an ABV of 3.2 percent. Most of the character is malts and lemon with a pale yellow appearance. You will notice hints of cracker, bread, dough, and citrus as you drink this brilliantly clear lager.

The Kirin Ichiban should be served in a pint glass so that the slender shape of the glass can retain its fleeting but foamy head and show off the carbonated body. It tastes best when served cold at 35 degrees Fahrenheit. A lemon slice dropped into the beer will make a good garnishing to bring out the light lemony character.

Enjoy this refreshing cold beer at any time, as the light body and low ABV make it ideal for afternoon drinking, watching the game, or pairing it with food, especially seafood and sushi.

The Kirin Ichiban beer pours a light yellow to pale brass into your pint glass and has a sparkling clear appearance. Atop the beer is a white foam from the pour that disappears within a minute with only a thin ring left behind. There is no lacing, and the medium-light carbonation allows for fizzy bubbles to improve the beer’s look.

On the nose, the premium light beer offers an aroma of grain husk and sulfur. You will also notice the light lemon scent as the beer pours, but this is overshadowed by the smell of malts. The aroma tastes mostly like lightly malted water, but hints of grain come through. The beer is barely aromatic, but the flavor will surprise you with its bold character.

The Ichiban lager offers a smooth light-bodied flow as you drink, and it goes down easy without any drag or contour. 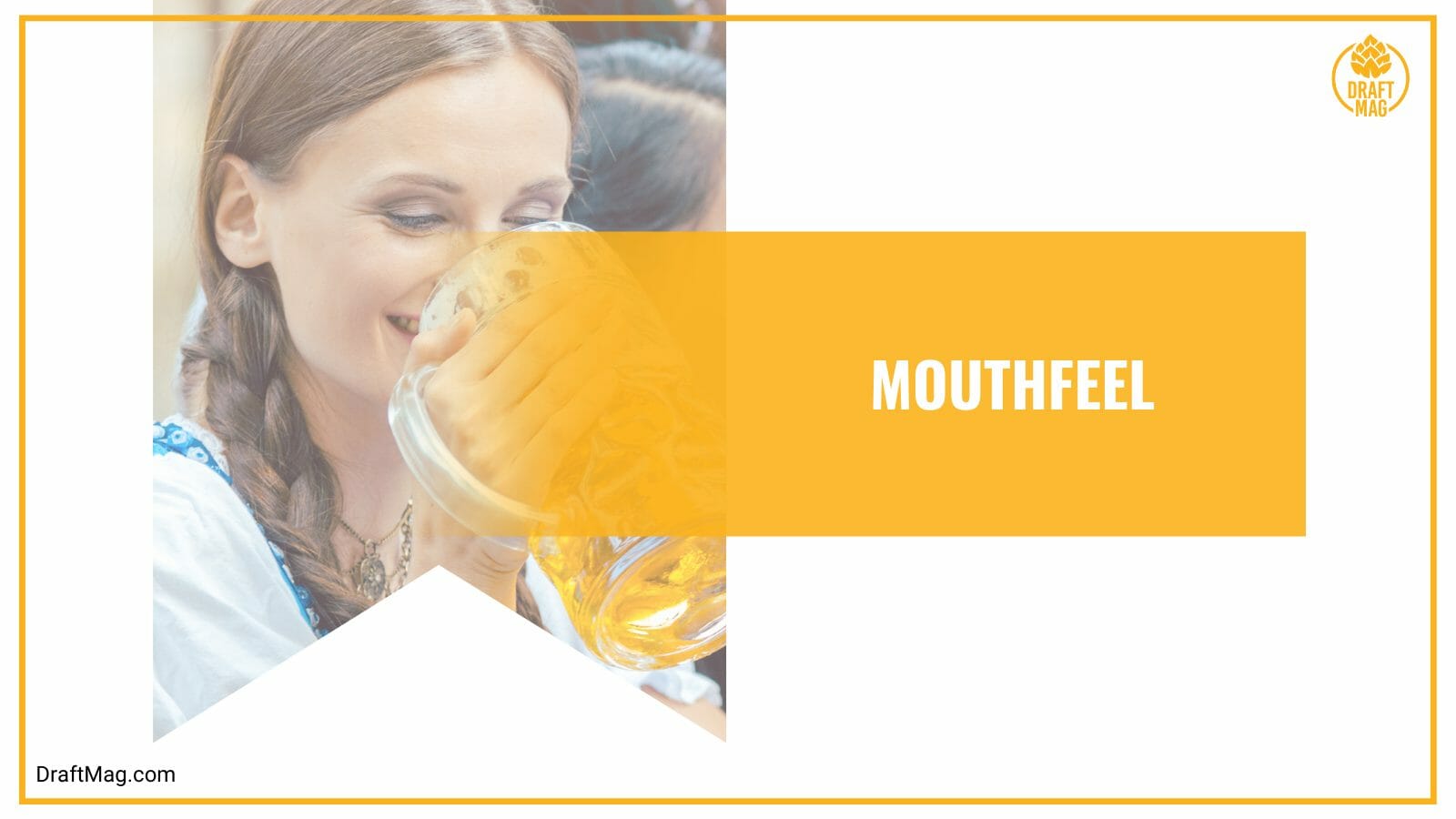 There is mild fizziness from the carbonation that tickles your tongue and some peppery warmth. The beer is a bit dry without being parching but rather has a thirst-quenching effect on the tongue.

The flavor of this lager barely follows the aroma as it offers bold flavors. You get most of the nose but with more prominent grains. It starts with some cracker and bread dough from the malts in a slightly dry nature, but then the bread and pithy lemon notes will emerge and linger into the aftertaste.

The grain husks can also be tasted and will linger. Ichiban has more flavor than most pale beers, with hints of rice and malts and some sweetness to round it up. There’s a tinge of bitterness that balances out the light malt flavors, and it offers a palate-cleansing character. The beer finishes clean and slightly dry.

The perfect food pairing for the Kirin Ichiban beer is seafood and sushi. Light seafood like crab legs, fish, scallops, or salmon will pair well with this pale beer. Bold dishes go well with the light lager because of the palate-cleansing offer, so try out spicy food, herby chicken, or American food.

You can pair the bready sweetness of the Kirin premium light beer with fried foods as the carbonation cuts through any fat. Go for fried fish, chicken, meat, or pork. The lightness in this beer also goes well with citrus. Also, the bready and doughy taste goes great with toasted sandwiches and pizza. 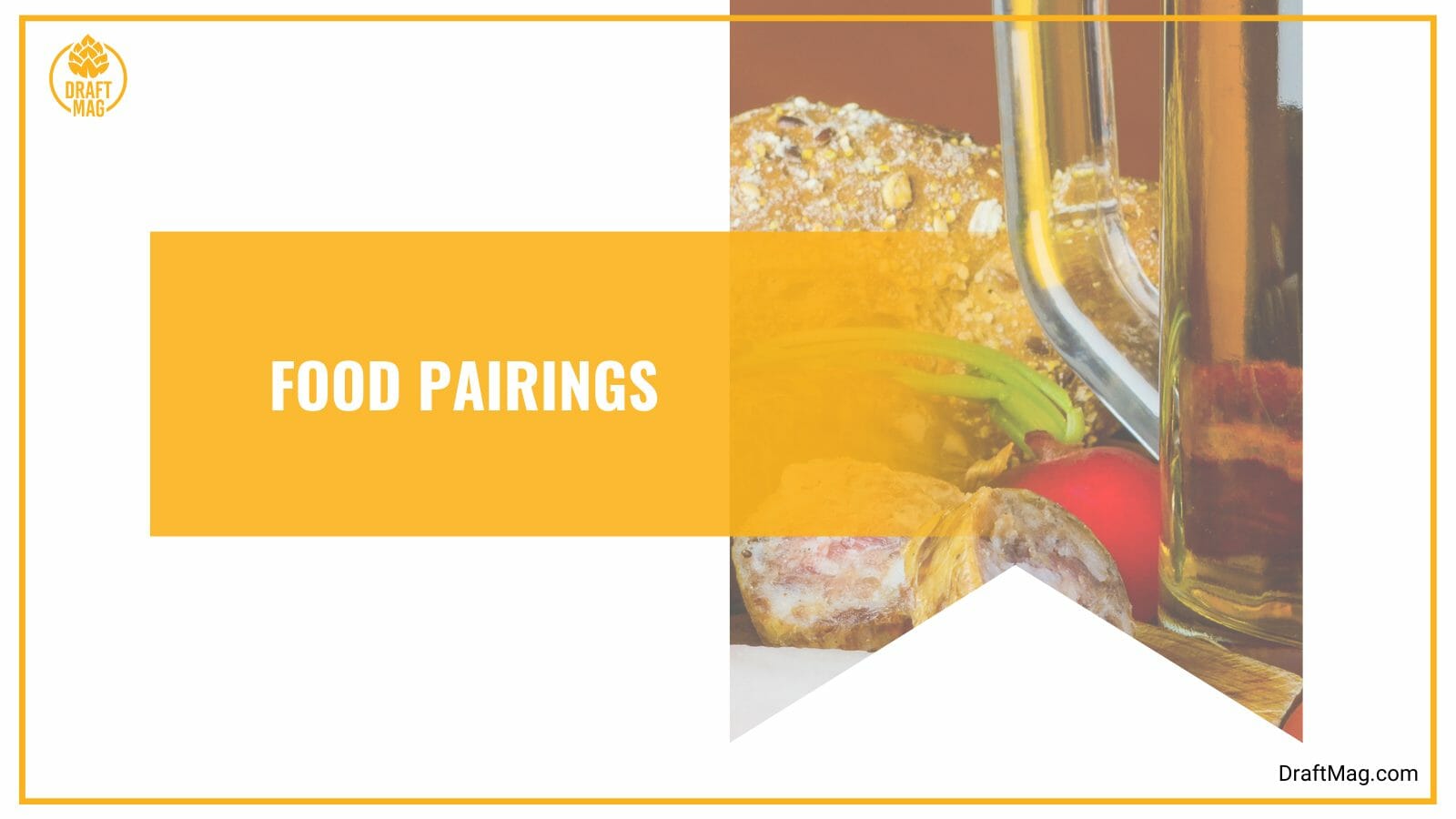 If you’re interested in cheese, you can pair the slight maltiness of the Kirin lager with creamy and light-bodied cheeses like the Mozzarella. As for dessert, any light chocolate dish or a lemon-based dessert will work.

The Kirin beer is made with four main ingredients which are water, yeast, hops, and barley malt. Most of the flavor is from the barley malt in the form of crackers, bread and bread dough, and some grain husks. You can enjoy some lemon from the hops as well.

A unique feature of this beer is the first press brewing process. The company only uses the first press of the wort to brew the beer, allowing for a higher flavor concentration and a smooth body. The beer is vegan-friendly.

The Kirin Ichiban is very light-bodied, which means most of the nutrition stats are low. The ABV is 3.2 percent, while the IBU is 8. There is barely any bitterness, and you can’t taste the alcohol at all.

Per 12 fl oz, the pale lager features 95 calories and 7.8 carbs. The beer is ideal for those on a keto diet, but it is not gluten-free due to the malts. If anything, it has a higher gluten content than most beers because of the first-press brewing.

The pale beer is brewed by Kirin Brewing Company Limited, based in Japan. The brewery was established in 1907 and took over Japan Brewing Company, which was founded in 1885. It is well-known for its first press brewing method, and the Kirin pale lager is one of the finest pale beers in the world. 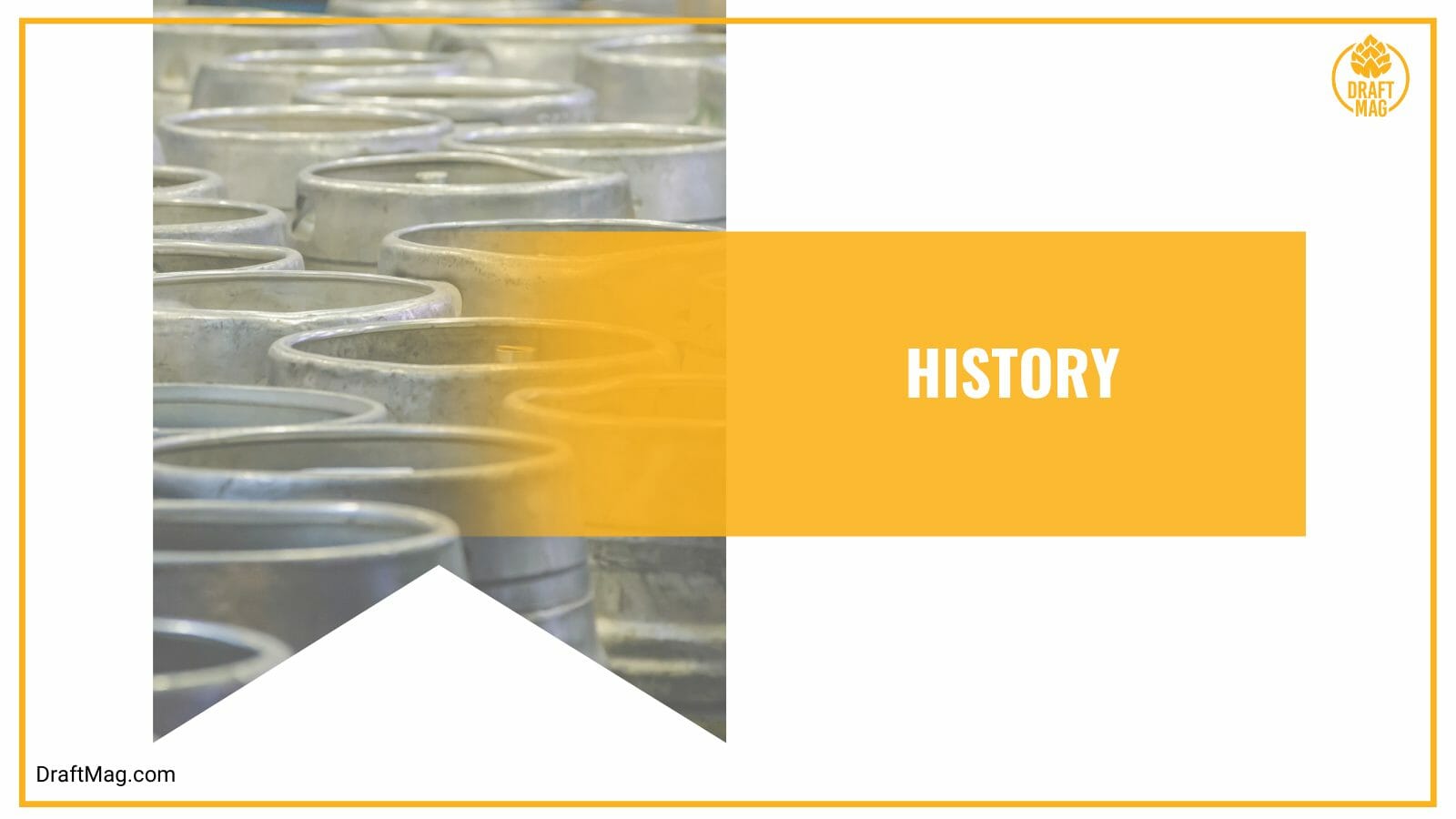 The word Ichiban means number one, which indicates the first press of the wort.

The Kirin lager offers a flavorful and full-bodied taste despite having a very light character. Our review has covered all you need to know, and here’s a rundown of what we covered:

You can easily get this beer at different liquor stores, online, and in person. Give it a try if you ever find yourself in Japan!