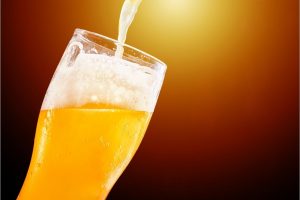 Lactose in beer might seem an out-of-the-world question to beer lovers. However, a lot of beers have a slightly bitter taste which has propelled the use of lactose in beer over the years. Beer with lactose helps you reduce and adjust your beer’s bitterness and add a tinge of sweetness to it.

This article will guide you on how you can experiment with lactose in your home-brewed beer.

Is There Lactose in Beer?

No, lactose is not naturally present in beer. However, many brewers add it to adjust the acidity of their beer and make it sweeter.

Lactose, also known as “milk sugar,” is a kind of natural sugar found in milk. It’s different from the regular sugar that we consume daily, considering it does not ferment. Brewing with lactose adds a sweet undertone to beer and balances its signature bitterness. However, that’s not the only reason why brewer’s love to experiment with lactose to make different beers.

On adding lactose to the stout, its ‘milky’ constituent gives the stout a rich, smooth, and creamy texture. And that’s why people often find lactose-added beers a lot more tasteful than the traditional ones. Plus, adding lactose not just sweetens the drink but also adds a distinct flavor to it.

Perhaps the number one advantage of adding lactose while making beer is that it allows the yeast to break down the sugar into ethanol during fermentation. However, yeast does not contain the lactase enzyme that’s required to break down lactose sugar. Instead, it stays as a residue in the beer, thus its taste remains intact.

When To Add Lactose to Beer?

We’ve already covered why it’s important to add lactose to your beer, and it’s pretty clear that even if you are brewing your own beer, it will not entirely be complete without lactose.

Having answered the why, let’s focus on the when! Here’s a quick guide on the perfect timing to add lactose while brewing beer:

– Into the Boiling Wort

The perfect time to add lactose for brewing is when you boil the wort. This is where the wort becomes pasteurized and is ready to resist the growth of any microorganism in it.

The only issue with adding lactose to boiling wort is the risk of your beer getting too sweet. Since the beer is still in its early stages of production and will be subjected to boiling, the sweetness might be more than what you would typically expect.

It’s recommended you add the lactose in the last 15 minutes of boiling so that it gets sterilized without making your beer too diluted or extra sweet.

Another great window to add lactose to your beer is during the fermentation stage. Here, you add yeast to the composition, which will break down the sugar molecules into alcohol.

The biggest advantage of adding lactose to beer at this particular stage is the freedom it brings regarding managing the sweetness of your beer.

To add lactose at this stage, you need to take a measured amount of lactose in a cup and pour water into it. Boil the solution and then allow it to cool down. Only when the solution is cold enough, add it to the keg and mix well to ensure uniform distribution of the sugar.

Caution: Make sure you never add lactose directly into the beer. The powder will not dissolve and leave your beer bitter with big clumps of lactose powder as residue. 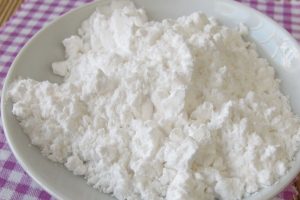 You can also add lactose right before you bottle the beer. The process remains the same as adding it to the keg. Just be careful not to leave the seal open for too long as it might oxidize the beer.

A lot of people also worry that using lactose in beer at this stage can cause the bottles to explode. It’s based on the theory that lactose being a type of sugar, will ferment and produce carbon dioxide, which then combines with the original carbon dioxide of the composition, exert tremendous pressure on the glass, and burst it open.

The truth is, lactose cannot ferment in beer bottles. The only enzyme that can break down lactose, known as lactase, is absent in beer recipes, leaving it unfermented.

When Should You Avoid Adding Lactose

In addition to knowing the perfect windows of opportunity to add lactose to your home-brewed beer, you should also know when you shouldn’t add it.

We recommend you never add lactose in the early phases of mashing the malted cereal. On adding lactose this early, you’ll lose out on a substantial part of its sweetness when you filter out the mixture.

The wort, in this case, will only have heavily diluted lactose remnants, which won’t make your beer as sweet as you’d have hoped.

– How Much Lactose Should You Add in Beer

The exact amount of lactose will obviously depend on your recipe and the volume of ingredients. As a rule of thumb, the lactose composition should not exceed 5 to 10 percent of the total weight of grains used.

For example, if you’re planning to prepare a five-gallon batch, you’ll need about 8 to 16 oz of lactose.

Another thing to consider when calculating the amount of lactose in your recipe is the mash temperature.

The cereal you use contains natural sugar, and if that’s not fermented well during the mash stage, it’ll combine with the lactose and make it sweeter than required. A mash temperature between 152 F and 156 F is ideal for balancing out the sweetness.

The 4 Most Useful Tips to Add Lactose to Beer

Beer brewing is an art, and although you are free to experiment with different styles and recipes, there are a few basic rules that you just cannot ignore.

Just like any other recipe, you need to constantly stir the lactose solution when you pour it into your beer. This will ensure that it’s distributed uniformly and dissolves faster into the beer without leaving much residue.

– Taste Through the Process

When you’re adding lactose to your beer, make sure you taste the mix too. Although we have earlier mentioned a fixed ratio that you should use, keep in mind that it’s subject to change depending on your brewing conditions.

– Do Not Add the Lactose Before Boiling

You should never add lactose before boiling the wort. Like the other ingredients, the lactose also needs to be sterilized during the boiling stage. That’s why we recommend you add it in the last 15 minutes of boiling.

– Don’t Let It Interfere With Hop

The lactose addition should be timed well to ensure it doesn’t interfere with other ingredients, like hop. Each ingredient has its own role to play, and clashing them will spoil the taste of your beer.

Alternatives of Lactose for Beer

Lactose intolerance is a fairly common problem. People with this condition lack the lactase enzyme that breaks down lactose. This leads to indigestion along with nausea, vomiting, stomach pain and diarrhea.

However, just because you are lactose intolerant doesn’t mean you cannot enjoy sweet beer. Here are a few alternatives to sweeten your beer without lactose.

The mash temperature should mostly be moderate to avoid oversweetening your beer when you are using lactose.

However, if you cannot add lactose, you can increase the mash temperature. This causes the cereal’s natural sugar to remain unfermented.

In this case, the natural sugar itself would take on the role of lactose to sweeten your beer. The only catch is, there’s a limit up to which you can only increase the sweetness.

Unlike lactose, other types of sugar in your beer are broken down into alcohol by yeast during fermentation.

So, if you use a low-attenuation yeast, the intensity of converting sugar into alcohol will be low. This will leave your beer much sweeter than high-attenuation yeast for the same amount of fermentation.

– Increase the Concentration of Non-fermentable Malts

Your beer’s sweetness entirely depends on the concentration of unfermentable sugar in your beer. So instead of lactose, you can also use non-fermentable malt.

Malt is basically germinated cereal grain, and it’s found in quite handsome quantities in a type of sugar known as maltose. Just like lactose, maltose does not ferment throughout the process. This is the perfect solution for lactose-intolerant people who love a little sweetness in their beer. 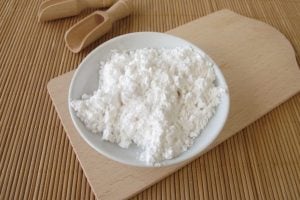 For people who love their beer sweet, lactose-added beer is the perfect pick. However, not everyone has the same taste buds. There’s no need to worry if this sounds like you — there are plenty of lactose-free beers.

However, if you are looking for a sweet, creamy taste for your beer, then all you need to do is follow our recipe for the perfect brew!