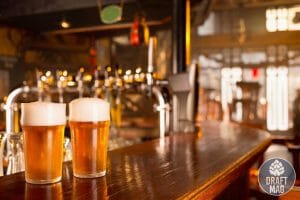 We’ve put together a complete Lagunitas Undercover Shut Down review for anyone curious about this beer from the Lagunitas Brewery. The delicious American ale will surprise you with its bready sweetness and sugary piney hops.

The Undercover Investigation Shut-Down Ale features a high ABV and is the perfect choice for partying with friends. Learn more about the flavor of this ale in our review below.

The Undercover Investigation Shut-Down Ale is a strong American ale with a 9.6 percent alcohol content. The alcohol content is well-masked for smooth drinking, and it has a clear copper color. The Undercover Shut-Down beer has flavors and aromas of sweet malts, hops, and caramel candy, and it finishes earthy and fruity.

You should serve your Undercover Shut-Down ale in a snifter glass, which gives you room to swirl the beer around and enhance the aromas. It should be served at around 50 degrees Fahrenheit with a citrus slice.

With the high ABV, the Lagunitas Undercover Shut-Down beer is an ideal choice for parties and hanging out with friends. You’ll most likely get drunk quickly, and the beer has slight warming as you swallow, but it manages to retain its drinkability.

The Undercover Investigation Shut-Down ale has an amber to copper color and a clear appearance, so you can easily see through it. It’s a nice-looking beer with a decent beige head that will slowly dissipate into your glass. The light tan head leaves plenty of sticky lacing on your glass.

In terms of the aroma, the Undercover Shut-Down ale will first hit you with caramel candy aromas. The beer’s scent is earthy and fruity, with a lot of pine-forward hop aromas. The fruit notes are mild, with the sweet caramel taking the prize. You might notice hints of vanilla and tobacco as the beer warms up.

Although the Undercover Investigation Shut-Down ale has little carbonation, it does not feel sticky or flat. Instead, the medium body is smooth and clean. It manages to be thick and chewy without feeling too heavy on your palate. The alcohol is well-masked, and it offers fairly smooth drinking.

Lagunitas’ Undercover Shut-Down ale has a malty sweet taste, first of all, and this is well-balanced with a fine hop bite that doesn’t overpower the character. Some pine flavors will linger even after drinking. In the flavor, you will notice moderate fruit notes balanced with the piney hops.

The beer starts off with very brief bitterness before moving on to moderately sweet, with hints of caramel candy, malts, and molasses. This gives it a luscious and rich flavor. The complex beer flavor has no burn whatsoever, only slight alcohol warming that makes it well-balanced.

The Undercover Shut-Down ale will finish fairly dry at the end. Overall, it’s a great beer and a highly palatable high-ABV option.

If you have the Lagunitas Undercover Investigation Shut-Down ale, you can pair it with bold and robust meals, especially those with sweet and caramelized flavors. Some top options include pasta with a rich marinara sauce, roasted duck, beef stew, smoked brisket, Italian sausage, and pork chops.

You can try the beer out with Mexican dishes, smoked pork, pizza, and other fried foods. If you’re craving something sweet, the ale goes well with nut and fruit-based desserts, which will go well with the maltiness.

As for cheese, the Undercover Shut-Down ale will go well with full-bodied, mature cheeses. Try out sharp blue cheese, which will match the intensity of the beer. You can also go for a Havarti, Colby, or a baby Swiss cheese with this ale.

The exact ingredients of the Undercover Investigation Shut-Down ale are unknown, but it is made with malts, hops, yeast, and water. The malts are the main ingredient, which gives you a sweet caramel candied flavor. The hops offer sugary pine flavors with hints of fruits. The malts and hops come together to give you an earthy, fruity flavor.

The Undercover Shut-Down ale has an ABV of 9.6 percent, which is pretty high. The high ABV is present in the slight alcohol warming that the beer has to offer. There are 292 calories in every 12 ounces of beer, which is pretty high. You should consider this when calculating your dietary intake. The calories and carbs are high because of the alcohol content.

The beer has 73 grams of carbs in the 12-ounce serving, which makes it unsuitable for those on a keto diet. There are no proteins or fat in the beer. The beer is not suitable for those who cannot consume gluten.

The Undercover Investigation Shut-Down ale is brewed by Lagunitas Brewing Co, based in California, United States. The beer was released in 2009 and is still well-loved by beer lovers today. The unique name of the beer is based on the investigation by the California Department of Alcoholic Beverage Control in Lagunitas.

Lagunitas is a leading brewery in California as it started in 1993 and has been crafting hop-forward beer since then. The brewery also supports local communities by donating to causes. The taproom offers fun events, beer release parties, and a dog-friendly environment.

The Undercover Investigation Shut-Down Ale is a well-crafted high ABV beer that surprises you with its sweet, hoppy, and malty flavor. Here is a summary of our Lagunitas Undercover Shut Down review: 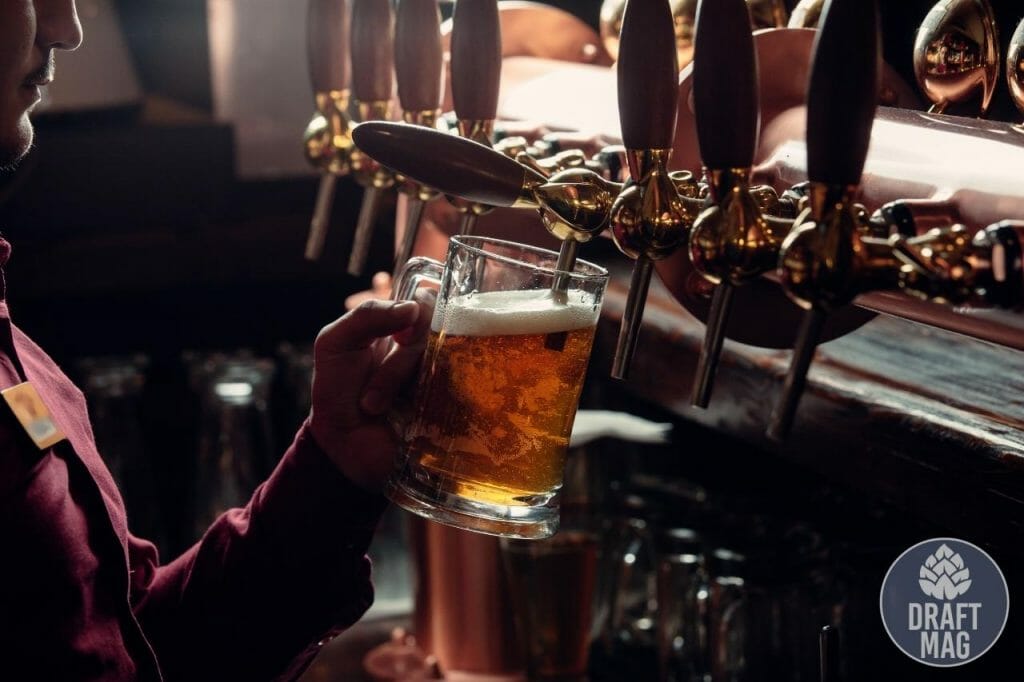 If you’re curious about what the Undercover Shut-Down ale tastes like after our beer review, you can purchase it at online and physical liquor stores or check it out at Lagunitas, California.