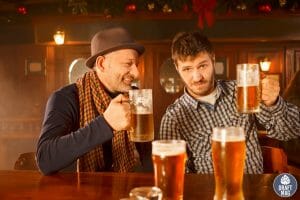 Amber Bock beer is a dark lager brewed by the Anheuser-Busch brewing company, one of the most popular brands in town. If you’re going through this guide, you probably have questions about this popular beer’s properties, history, nutrition facts, and ingredients.

You must also be wondering if it’s worth grabbing one or two bottles of this beer. However, before you grab a bottle, go through this comprehensive review to know what to expect.

Michelob AmberBock is one of the controversial beers of recent years, probably due to its discontinuation. However, this does not undermine its mouthful offerings, including thrilling tasting notes from exciting ingredients. This beer was great to have with dinner, making it a popular choice while it was still being sold.

Let’s check out these features in more detail below.

According to the SRM color reference chart, Amber Bock beer’s color ranges from 10-20 SRM. It has a deep amber color that is clear and filtered with a nice vibrance.

The beer pours a nutty brown with a reddish tint. The head is off-white and disappears quickly but retains around the glass’s edge. It has a low to medium lacing with average carbonation.

The presence of mild maltiness helps hide the hops’ aroma. The beer has a low to moderate hop aroma with hints of caramel notes. You can feel the presence of bready malt, amber malt, a kiss of woodiness and mild malty/sugar sweetness.

This lager beer has a nutty and malty flavor profile with hints of caramel, toast, toffee and breadiness. It’s not a fat lager but has decent carbonation like soda water, giving a smooth mouthfeel.

However, the sweetness isn’t entirely strong. This is probably because of the mild bitterness that balances it. Due to its alcohol content, you will feel a little warmth on the tongue.

Malt syrup or malt extract can be perceived on pouring the beer. Some of the flavor notes include:

A tulip, mug or chalice glass is best used to serve this Amber Lager beer. These glasses’ broad bottom and narrow top help keep the beer’s full body intact. The tastes of the hops and malt are best experienced when the beer is extremely cold. The recommended serving temperature ranges from 45 to 54 degrees Fahrenheit.

The beer has over 160 calories per serving, so it is best to balance it with a relatively low-calorie meal. This flexible beer can be served with just about any type of meal. The best options include chicken, pizza, stews, chocolate cheesecake and red meat.

You can sometimes improve the texture of your beer by pairing it with bland foods like rice, sautéed veggies or fish.

Being a Bock beer, it is relatively strong compared to other beers. They are also sweet and lightly hopped.

Furthermore, the aroma is malty and toasty, with alcohol hints but without detectable fruitiness and hops. You will get a smooth mouthfeel with moderate carbonation and zero astringencies. The taste is also toasty and rich, sometimes giving a hint of caramel. Other examples of this type of beer include Christmas Bock, Rockefeller Bock, Brewhouse Bock, Nashville Bock, etc.

This Michelob Amber Bock lager comes from various ingredients to ensure a crisp and refreshing beer. Some of the ingredients include:

Using dark-roasted caramel and specialty malts, a Michelob Amber Bock is brewed mainly of malt. Its flavor profile shows Vienna malt and malt extract/syrup used in the brewing process. The hops utilized in this brew were of the Noble hop species.

One serving of this lager contains 15 grams of carbohydrate, 1 gram of protein, 0 gram of fat and 170 calories. Amber bock beer calories are a little bit high, so you should watch the amount you consume if you’re regulating your calorie intake. 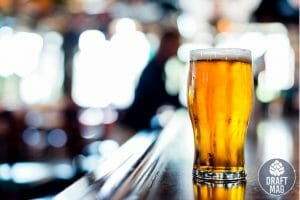 Amber Bock came into the limelight in 1995. On the other hand, the Michelob line was first introduced by Anheuser-Busch in the early 1900s. The first Michelob, a 4.7 percent ABV pale lager, was made by Adolphus Busch in 1896. This lager was a specialty beer for draught at the time.

Anheuser-Busch shipped the lager across state lines, where they pasteurized the beers in 1961. The teardrop bottle, a distinctive container used to package Michelob, was first used for sales. Anheuser-Busch began selling Michelob in cans five years later. A modification in the teardrop bottle helped improve the productivity of the brewery’s manufacturing process.

Anheuser-Busch created numerous iterations of the Michelob label between 1978 and 2007. But the majority of these beers only had very little distribution, which is one of the reasons you don’t see them as frequently these days.

The Michelob Amber Bock dark lager has been discontinued for a while now. However, Anheuser-Busch released Michelob Ultra to replace the Bock beer, a darker beer with a high amounts of carbs.

– What Does Bock Mean in Beer?

Bock refers to a strong beer in German, so German brewers and beer lovers consider a beer with “bock” in its name a strong beer. These kinds of beers are usually dark lagers, with several substyles existing. Aside from the bock properties we mentioned earlier, here are some more facts about them:

With its dark lager properties and popularity, Amber Bock is truly one of a kind — a unique lager. This complete review described the essential information about the features of the beer, including taste, aroma, appearance, and more. Here’s a quick recap of the discussion we had above: 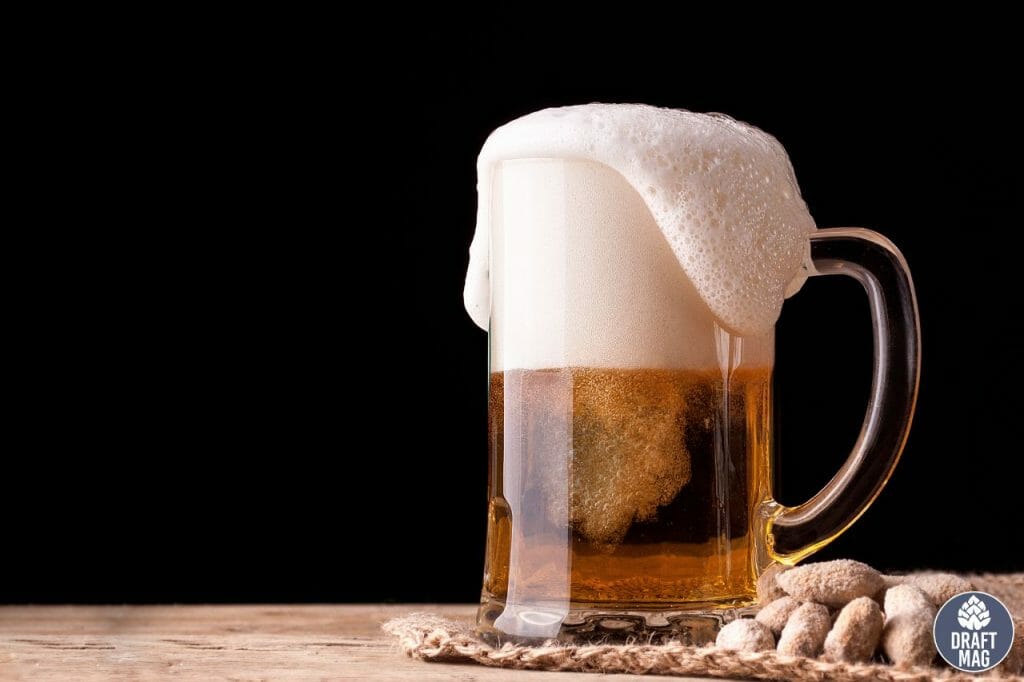 If you’ve been wondering where to get the Michelob Ultra Amber Max Light Beer, which is equally as good, you can find them in any liquor store in the US.