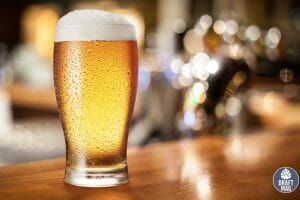 Earthquake beer, commonly referred to as Earthquake, is a memorable lager that gives you just enough of a rush to keep you going. Earthquake Lager should be your go-to beer if you prefer malt liquors due to its rich and powerful flavor.

Surprisingly, hardly many beer enthusiasts have tried this outstanding craft brew. You can find everything you need to know about the Earthquake beer in this complete review.

Our in-house beer experts have compiled this review based on categories such as appearance, taste, and flavor. This should give you a good feel for the beer.

Earthquake Lager comes in a 24-ounce can that has an appealing, eye-catching design. When poured in a pint glass, this beer has a hazy golden or bright yellow color that’s quite fascinating. It is accompanied by an off-white fluffy foam head that’s quite thick and doesn’t dissolve easily. The foam head takes about four to seven minutes before dissipating.

As the foam head dissipates, it leaves a thick foamy lacing on the glass. There are also tiny bubbles that are visible when you pay closer attention to the glass.

Earthquake Lager has quite a unique scent profile. It is almost impossible to tell each specific note. However, when you pull the pint glass closer to your nose, you’ll catch a nice combination of citrus notes alongside grainy and yeast notes. The beer combines apple, pear, corn, biscuits, malts, caramel, and an almost herbal scent.

You can also catch a tiny whiff of spice that smells like pepper and grass. Due to its high ABV, the strong smell of alcohol is also very present. It’s slightly difficult discerning any hoppy aromas.

Although this beer is light-bodied, it has quite a high carbonation. It is also very easy to drink and has a balanced mouthfeel that encompasses malt, corns, and hops. Earthquake beer leaves a lingering bitterness and a burning sensation from the alcohol that is almost too much.

Another thing to note is that Earthquake beer has a clean and dry finish. If you’re a beer beginner, this Lager might not be the best beer to start with because of its complex profile and very high alcohol by volume.

Just like the aroma, the flavors in Earthquake Lager are quite fruity and mixed with grainy and earthy flavors. The apple, pear, corn, and malt, as well as a yeasty flavor are impossible to miss.

You can also catch hints of alcohol although it’s not overwhelming. The flavors are all balanced in a way that doesn’t mask the true purpose of this lager, which is to leave you feeling buzzy.

It’s possible to pair Earthquake Lager with almost any meal. However, if you’re seeking to enjoy this beer with meals that won’t completely mask its taste, you should try it with grilled meat. The beer goes with grilled chicken wings, lamb, pork, buffalo, and even fried fish. You can also try it with seafood like shellfish, grilled salmon, and shellfish.

Another great way to enjoy this beer from Drink Four Brewing is to have it with spicy Mexican, Asian, or even Latin dishes. Pasta without cream also makes for an enjoyable food pairing with Earthquake beer.

Earthquake Lager is brewed from the regular ingredients used for most beers. Its ingredients include water, grains, cereals, malt, yeast, and hops.

When it comes to its nutrition facts, Earthquake High Gravity Lager sure packs a lot of calories. It has 296 calories, 23 grams of net carbs, zero grams of fat, zero grams of protein, and 6.2 carbs. If you’re not interested in gaining weight, then a bottle of this beer is enough for you.

You can purchase this beer from any bar, microbrewery, or liquor store around you. You can also get it from the Drink Four Brewing Company when you visit them for a drink.

– Is Earthquake a Good Beer?

Yes, Earthquake is a relatively good beer. Although preferences aren’t the same for every drinker, Earthquake can be considered a decent beer. Note that the lager has a very high ABV of 10 percent, so it’s important to drink responsibly.

However, this beer is not great for a keto-friendly lifestyle because it contains a high amount of carbs. With about 23 grams of net carbs, most people practicing keto should avoid this beer.

This is a great beer despite its high ABV. Below are some of the points we discussed in the review: 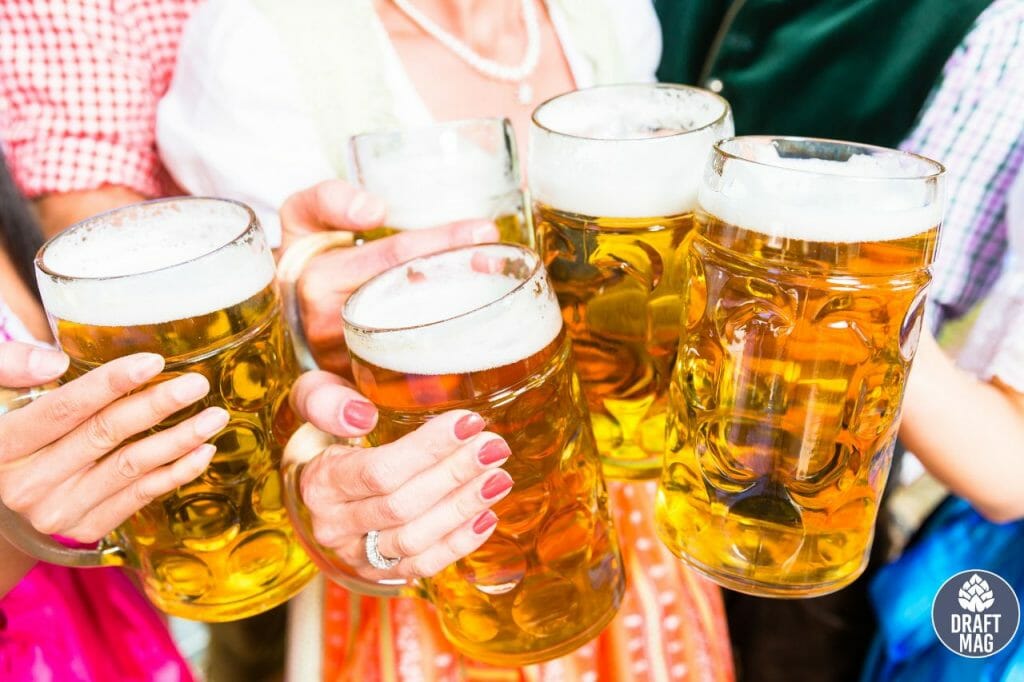 With this detailed review discussing all you need to know about Earthquake beer, you can now know what to expect when you purchase a can or two. Be careful and watch out for the buzzy feeling that comes with this super beer brew!