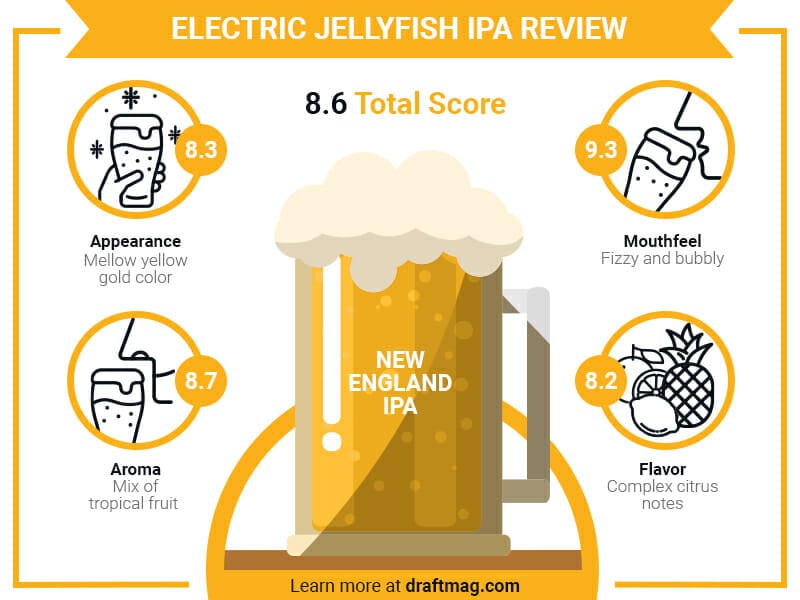 The Electric Jellyfish IPA is always mentioned when looking at some of the best craft beers in Austin, Texas. Made by Pinthouse Pizza Craft Brewpub, the beer is known for its juicy, fruity flavor, making it perfect for hop heads.

The hazy new school IPA is the perfect choice for those who are looking for a refreshing NEIPA. Our review will cover all you need to know about the Jellyfish IPA.

The Electric Jellyfish IPA is a New England India Pale Ale dominated by fruity, hoppy flavors. Brewed especially for hop heads, the beer has a well-balanced flavor. It combines tropical fruits and citrus that taste dank with some pleasant bitterness to balance the flavor.

Pinthouse Pizza Craft Brewpub brews the beer in Austin, Texas. It was specially brewed with diverse hop varieties from hop farmers in the city, giving it a bright, tropical citrus character. It tastes best when you pour it into a snifter, chalice, or goblet at a temperature of not more than 50 degrees Fahrenheit.

The hazy IPA has a refreshing and thirst-quenching character that makes you interested in ordering another glass or opening another can, especially on a hot day.

The Jellyfish IPA has a mellow yellow gold color with a slight red hint on the outer rim when you pour it into a glass. As a hazy IPA, you will notice the murky appearance with little sediments and a frothy white head sitting on it. The foamy head has high retention and will leave thick lacing against the edges of the glass.

The hazy IPA features a mix of tropical fruit aromas on the nose. You will notice a strong scent of spicy grapefruit, sweet mango, zesty orange, passionfruit, and peach. As you sniff, there are hints of grassy, floral hops and an earthy dankness.

As for the mouthfeel, the IPA is pretty juicy, with a medium to full body. It has moderately high carbonation, making it pretty fizzy and bubbly on your tongue. The beer also adds the occasional bitterness and hoppy bites against your tongue and finishes slightly dry with lingering herbal bitterness in the aftertaste. 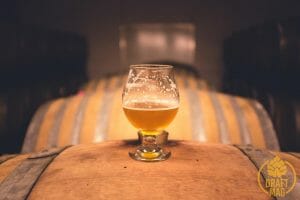 The Jellyfish IPA has a fruity flavor that follows the nose. The flavor is mostly fruit-forward and dominated by complex citrus notes as in the aroma. Some flavors you will taste include lemon, pineapple, orange peel, and coconut.

There are also slight hints of grassy hops, green pepper, and onions. Some malty sweetness on the backbone, but it finishes bitter and slightly dry. The beer’s flavor is complex and well-balanced, inviting you with a mix of bold and subtle tropical fruits and citrus.

If you’re looking for the best food pairing with NEIPA, you never go wrong with juicy chicken, from the roasted and barbecue to the fried and grilled food. Because of the overpowering hops, it goes well with the meal’s flavor.

You can also pair it with sticky ribs, caramelized onions, honey-glazed ham, and other fruity, sweet foods. The flavor cuts through the taste of fatty, meaty, and fried foods. As for dessert, the Jellyfish IPA goes well with sweet, fruity desserts.

Cheddar and hard sheep milk cheese is paired best with the IPA, including white cheddar and esquirrou. 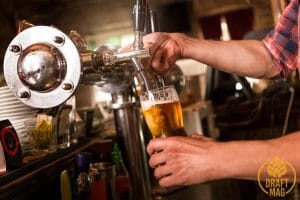 Aside from the hops, the beer is made with malts, yeast, and water, but the exact ingredients are unknown. To make the Jellyfish IPA clone, you should use a recipe with ale malts, flaked barley, pilsner malts, acidulated malts, carapils, and crystal 40L.

You can also use a Kolsch strain yeast and the same hops in the ingredients.

In every 12-ounce Jellyfish IPA, you get 219 calories, which is in the same range as many hazy IPAs. It also has 23 grams of carbs in the same can and no fat and protein. The beer features 6.5 percent alcohol in the 12-ounce can, so you can expect to feel drunk after a few cans.

The IPA is not suitable for those on the keto diet because of each can’s high level of carbs. It is also not gluten-free, and those with allergies must look for barley in the ingredients.

Pinthouse Pizza brewed the Jellyfish IPA in Austin, Texas. The beer was named after a line in The Life Aquatic with Steve Zissou by Wes Anderson and first received a mixed reaction from the brewers in the company.

But the beer was made by the co-founder, Joe Mohrfeld, who stripped out the malt proteins and hop oils you usually get in an American IPA. This makes the beer unique, and within a few months of the launch, it became a bestseller and paved the way for the popularity of hazy IPAs.

It is now one of the scarcest beers in the brewing company, especially since the brewing team is constantly updating the recipe to meet the needs of modern drinkers.

The Jellyfish IPA is a perfect choice for you to drink as long as you enjoy juicy hops and fruity flavors. The beer is well-liked among many beer lovers in Austin and even those that visit the city, so here are the most important points to know about the Jellyfish IPA mentioned in this article: 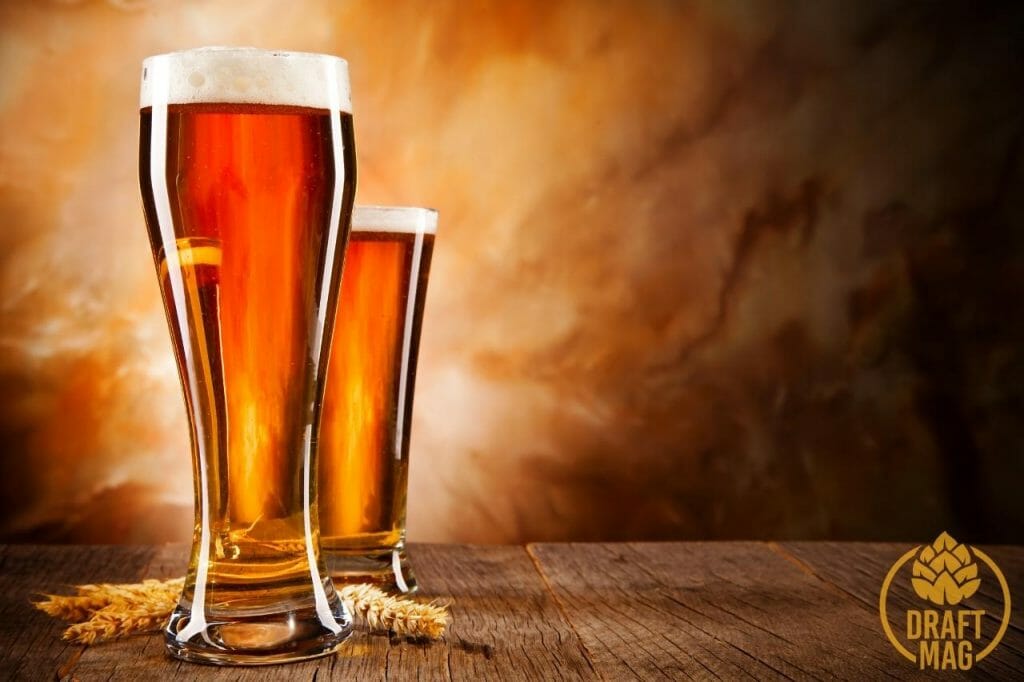 If you’re curious about the Jellyfish IPA, you can easily visit the Pinthouse Pizza Craft Brewpub in Austin, Texas. The beer is a mainstay, meaning you can always find it on tap.