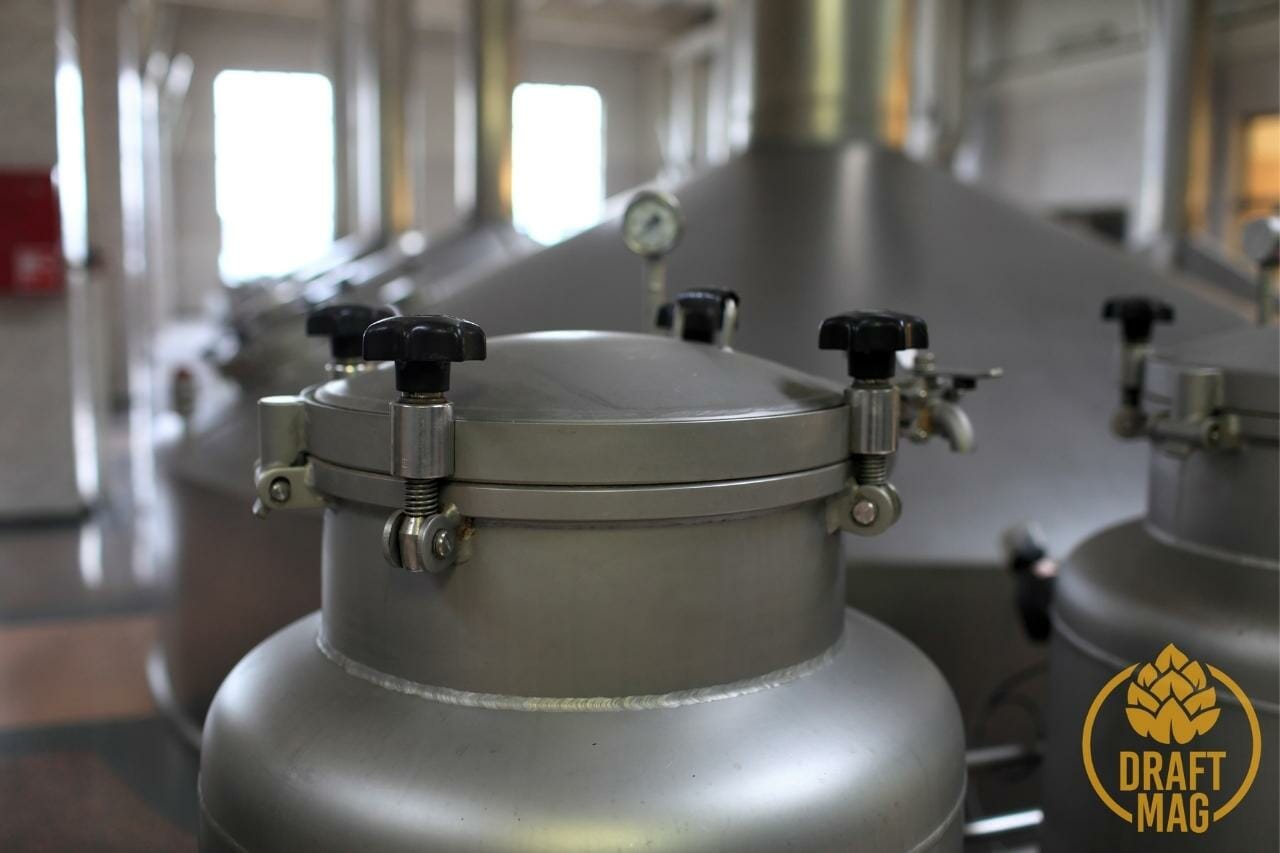 When it comes to tingling the taste buds with true “Wisconsin” dimensions, beer lovers get a spectrum of choices.

You don’t have to search too hard to find top breweries in Wisconsin. Let us discover some of them in this comprehensive guide.

Wisconsin and beer are closely associated terms. Over the years, a lot has changed, but love for beers remains the same. While every brewery has something unique to offer, we have curated a list of top breweries in Wisconsin.

Founded in 2013, the brewery has become a favorite destination for beer lovers and brewery tours over the years. The locally owned and operated brewery is managed by three Wisconsin-born-and-raised guys: brothers Carl and Mark Nolen and Brewmaster Kirby Nelson.

The Wisconsin Brewing Company has a stellar lineup of craft beers, which you can enjoy either in their taproom or backyard bar. The brewery is popular as it is both kid and dog-friendly. Although on-site food service is not available, you can order from local restaurants. With years of hard work, it has earned a reputation amongst Wisconsin craft breweries.

Started as a brainchild of brothers Russ and Jim Klisch, the microbrewery in Wisconsin has grown to brew 46,848 barrels of beer as of 2017 and distribute their products globally. For five continuous years (2007-2011), the Lakefront Brewery was voted the best brewery in Milwaukee by a local news station.

Some of their most notable achievements include:

The brewery offers more than 20 year-round beers, seasonal beers and innovative one-off My Turn Series, brewed by choice of full-time employees. Some of the popular, award-winning brands are:

Wisconsinite Deb Carey founded the brewery in 1993, becoming the first female founder of a brewery in the United States. Since then, the brewery has been continuously producing stellar, award-winning beers. With limited exports and regional sales only, the brewery has made its mark on the world map.

Being one of the top breweries in Wisconsin, it needs no introduction or advertisements. New Glarus Brewing Company has several award-winning beers in its name.

Some of their popular products are:

The brewery features self-guided tours, a tasting room, a gift shop and a beer depot.

If you are searching for the best craft breweries in Wisconsin, search no more!

The brewery has a reputation for producing more than 12 different kinds of beer, ranging from premium to all-season hand-crafted beer.

Some of the top selects are:

Undoubtedly one of the best and largest microbreweries in Wisconsin, the Sand Creek Brewing Company has mastered the traditional brewing formulas. You can get a pint or two with exotic aromas and distinctive flavors that truly represent the true heritage of Wisconsin.

The brewery has the credit of winning three gold medals at the world beer cup. All credit goes to the professional brewmasters who bring something magical every time.

The brewery also offers guided tours on Fridays in which you can get to view their historic brewery building and taste their fine selections, including:

Established in 1997 by Jim McCabe, the Milwaukee Brewing Company strives hard to achieve professional excellence and sustainability, and is committed to business ethics driven by a passion for the art of brewing.

Beer lovers in search of all-year and seasonal releases can get their hands on the finest quality beers that are crafted carefully with local ingredients.

Some of the flagship brands of the brewery are:

Opened in 2012, the Rustic Road Brewing Company understands the love of beer enthusiasts for aroma and flavors. In pursuit of this, they insist on brewing in small batches, giving brewmasters the freedom to experiment with new ideas and craft unique beers.

You can taste the varieties in their lovingly preserved taproom during a family-friendly visit or corporate tour in this microbrewery in Wisconsin.

Some of the noted rustic road Taps are:

Over the last 155 years, the brewery has been offering people of Wisconsin authentic German-inspired beers combined with Wisconsin ingredients. The brewery had something for everyone and flavors to suit any moment.

Treasures from the house of Jacob Leinenkugel Brewing Company include:

Beer lovers can also try their variety of packs. 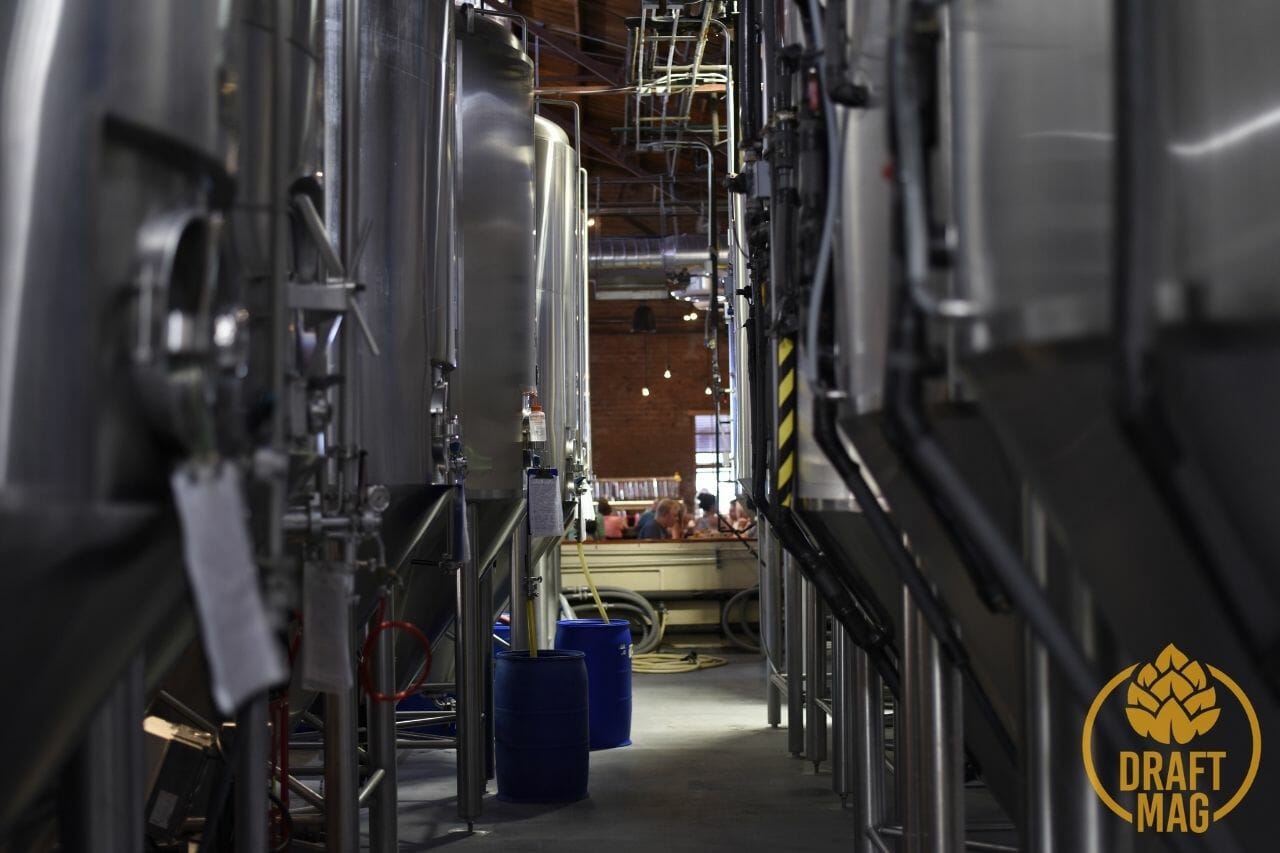 Founded in 2011 by Tanner Brethorst, it is a family-owned and operated brewery in Wisconsin Dells.

Undoubtedly, it is the best place to enjoy craft-brewed beer, sampler flights, take-home growlers, and pints of beer. This relaxing and warm place has a lot of quality-built beers to offer to beer enthusiasts.

Although much smaller than its counterparts, the Oliphant Brewing Company gives a neck-to-neck competition with over 100 uniquely hand-crafted beers. It was founded by Matt Wallace and Trevor Wirtanen with an aim to offer a different taste of beer every time. In this pursuit, they do not hesitate to explore places where nobody’s gone before.

Their brewing concept is inspired by a comic book with the motto “Let Unreason Reign!”

Some of the best picks from their extensive list of craft beers are:

One of the oldest surviving legacies in the United States’ brewing history, the Stevens Point Brewery leads the market of craft breweries in Wisconsin. Founded in 1857, it holds the title of the fifth-oldest brewery in continuous operation in the United States.

The brewery has the potential to cater to the requirements of both state and national craft beer markets. Its sincere efforts and passion for brewing were awarded a gold medal in the 2014 World Beer Championships. You can enjoy the best brews during tours and tasting sessions.

Some of the more popular beer choices are:

Since its establishment in 2000, the Rhinelander Brewing company has been successfully catering to the evolving needs of its customers. The brewery promises quality products and excellent services. You can enjoy a wide range of freshly brewed aromatic flavors during the tours.

This brewery has come a long way since its founding in 2011 as a small microbrewery. Grant Pauly, the brewery owner, started the journey as a home-brewer. Nobody knew that his hobby and passion would turn into the fulfillment of his dream: to open his own brewery.

3 Sheeps Brewing Company won RateBeer.com’s Best New Brewery award after one year of operations. As advertised by the company, “We brew with heart and science” — the formula really works. It also offers brewery tours where you can find some of the trademark beers that are exclusive for taprooms only.

Also rated as one of the top Wisconsin craft breweries, popular brew categories include:

As the name suggests, One Barrel Brewing Company brews unique beers, one barrel at a time. The brewery displays every aspect of the beer-making process. You can clearly observe the efforts made by brewmasters to produce a delicious single pint.

In addition to hand-crafted beers, the brewery also offers a selection of wines, canned beer, canned cider and even gluten-free beers.

Reasons Why You Should Choose Local Breweries in Wisconsin

Unlike industry giants, independent microbreweries create rich, aromatic and unique flavors which are impossible to achieve on large-scale production. Moreover, consumers and beer lovers are now saturated with the taste of corporate suds. Therefore, they leave no stone unturned in search of an authentic taste.

Microbreweries have become the ultimate destination of such beer lovers. Most microbreweries offer tours to taste their flavor combinations and brewing techniques. You can enjoy it with your family or even organize an event in some of the breweries in Wisconsin.

Craft beer comes to the rescue of those saturated with the taste of marketed lager beers. Whether you visit top breweries in Central Wisconsin or the remotest area, you will be surprised by each brewery’s rich and unique flavors. Such milestones are hard to achieve by the macro breweries.

In addition to the aromas and flavors, here are some good reasons to choose local breweries:

Microbreweries in Wisconsin fully understand the needs of beer lovers. They do not hesitate in experimenting with creating a unique, never-before-seen blend. The result of this healthy competition is always beneficial for the customers in the form of more choices.

Microbreweries insist on using local ingredients full of antioxidants and herbs. They also use well-stored, fresh hops to brew the perfect blend for their customers. As a result of using high-quality ingredients, consumers get a wide range of healthy options to select from.

Local breweries offer beers with more alcohol content. You can feel the alcohol hit in just one or two pints in a single drinking session.

Most of the breweries in Wisconsin offer family-friendly and corporate tours at affordable rates. Stepping into a local brewery is always fun. You can shop for souvenirs, taste the variety, and spend quality time with your loved ones.

Local breweries offer beers that are made primarily for the current season. You will get a variety of refreshingly different choices.

Wisconsin is an excellent example of how a common interest can support the community’s economy. The common interest is love for beer. In addition to breweries, when you choose to go local, you also support farmers and other communities directly or indirectly involved.

Last but not least, most of the breweries in Wisconsin strive hard to achieve sustainability. Environmentally-friendly practices such as composting and the use of alternative sources of energy remain on the top list of local breweries. 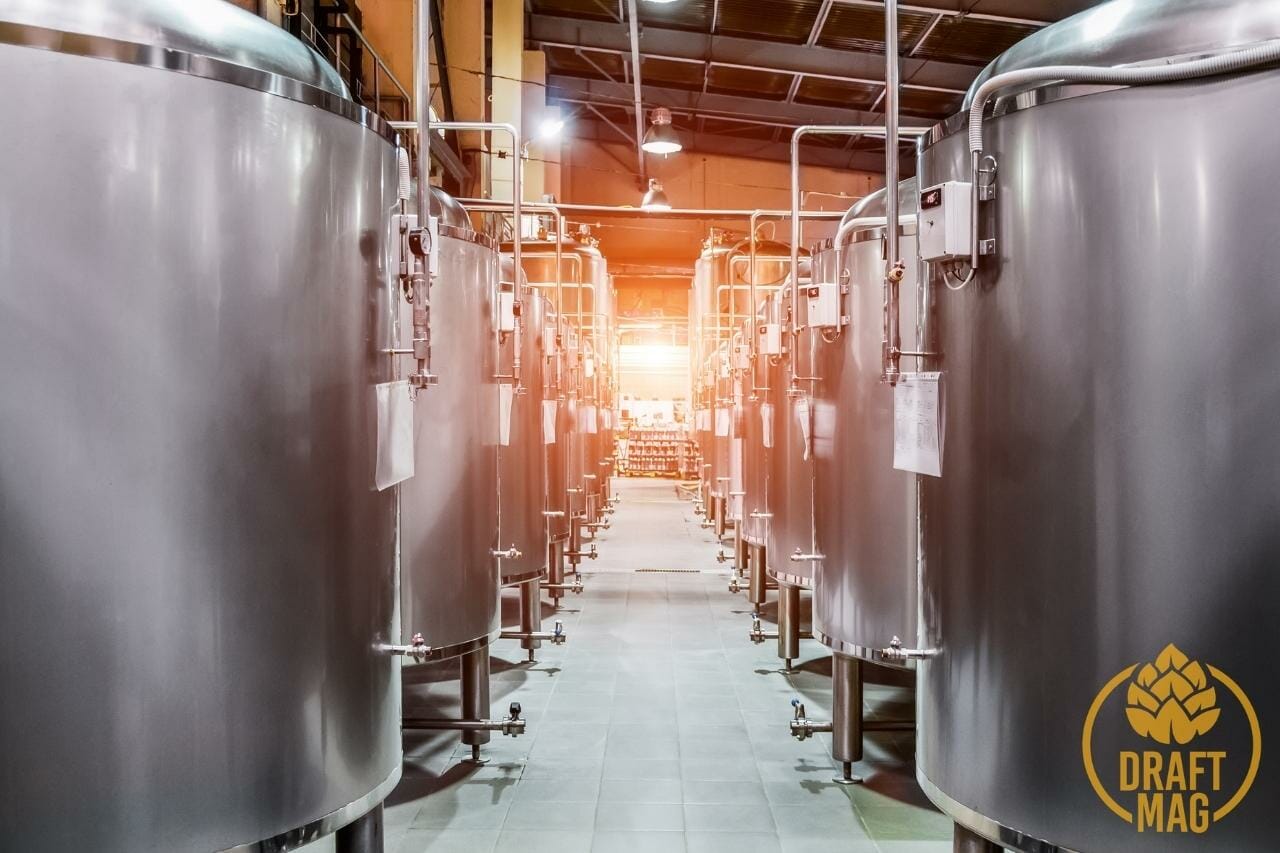 Wisconsin remains the ultimate destination for beer lovers who can’t get enough of delicious blends. Home to hundreds of independently operated microbreweries, it has something to offer for everyone. The passion for beer in the community gets an equal response from seasoned brewmasters in the form of fantastic beers.

Brewery tours, taproom hours, and tasting sessions remain the priority of the tourists visiting Wisconsin, and these breweries always come up with a never-before-tasted, unique flavor that is hard to forget for anyone.

Therefore, if you are a tourist, add a visit to breweries in Wisconsin to your bucket list, and for locals, keep enjoying the heritage preserved by these breweries for years.