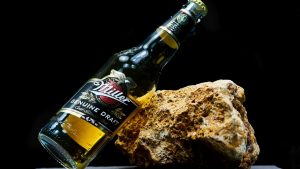 In this article, we will spill the differences between the beers, along with their unique features. Keep reading to know more about the two behemoths who have captured America’s heart.

Whether it is because of advertising or America’s fascination with light beers, these great brands account for more than a quarter of all beer sales in the United States.

What Are the Differences Between Miller Lite and Miller High Life?

Miller Lite is best for pairing with burgers, grilled skewers, and seafood like shrimps and whitefish.

Most people worry about beer’s high calorie and carb content, leading to belly fat and obesity. If you enjoy beer, we recommend Miller Lite as it has the lowest calorie count. Miller lite is classified as a light beer because of its low carbohydrate content.

The drink’s alcohol concentration is another intriguing feature that distinguishes it from the competition. Miller Lite has a 4.2 percent alcohol content in 12 ounces.

When it comes to color, the barley malts give the drink a wonderfully rich golden tone.

This light beer, brewed for excellent flavor, has a light to medium body, a hop-forward flavor, a good malt character, and a clean finish. When it comes to flavor, the main components in Miller Lite are maize and malt, which give it a refreshing and pleasant taste unlike any other lite beer in the market.

It’s an excellent option for individuals who want to sample beer without being buzzed. This drink works well as an appetizer and a bud stimulant because of its sharp finish.

Miller Lite is brewed using clean water and barley malt for a fantastic taste and golden color. They also include Galena and Saaz hop for fragrance, flavor, and bitterness. All of these factors contribute to a consistently excellent malt beer experience.

In terms of nutrition, a 12-ounce serving of Miller Lite has 5 milligram of sodium, 3.2 grams of carbohydrates, 0.5 gram of protein, and 11.8 grams of ABV. It’s the ideal low-calorie beer for tailgating, barbeques, hanging out with friends, and any other event that calls for Miller Lite.

Miller Lite is a pilsner-style beer made with premium hops, the best combination of American-grown barley malts, and clean, soft water to give it the flavor of original pilsner. All-natural ingredients and specific brewing procedures resulted in the generation of the brand’s exceptional taste.

Miller Lite’s heart and soul is malted barley, which provides rich malt tastes and aromas generated throughout the brewing process. Miller Lite’s flavor, fragrance, and bitterness are due to the unique combination of hops.

Miller Lite is brewed using Galena hops from the Pacific Northwest, which have a distinct aroma, flavor, and noble Saaz hops. 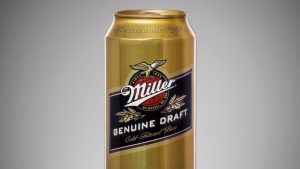 In the 1960s, while working at Rheingold Breweries, Owades created Gablinger’s Diet Beer, a low-calorie beer.

The beer was marketed under the Meister Brau brand for a while, but in 1972, it was bought by the Miller Brewing Company, which changed the recipe and rebranded it as Miller Lite.

What Is Miller High Life Best For?

Miller High Life is best for cookouts, so serve it alongside classic American cuisine like hot dogs, wings, and burgers.

Do you seek to avoid having an abnormally high blood alcohol level?

If the answer is yes, a 12-pack Miller High Life is the perfect option for your gang of beer drinkers. Let’s discuss the features of this miller beer.

Miller High Life has maintained an average alcohol content since its introduction. It is a 4.2 percent alcohol by volume (ABV). It brings the advantages of alcohol into the body by speeding up the regular metabolization of alcohol in the body.

This American Adjunct Lager is one of the blandest beers, with a pale straw color and a loosely beaded white head that diffuses almost immediately after pouring.

It doesn’t smell like hops; instead, it smells like maize and malt. There’s also a very low flavor; it tastes like a thin, watered-down, less-sweet corn syrup. Malt gives beer its color and taste.

The more you kiln the malt, the darker it becomes. The sugars present within the grain caramelize, giving beer biscuit, caramel, coffee, and chocolaty tastes – as well as color. The kilning of malt long enough adds to the grainy and bready characteristics of the beer.

Barley, water, hops, malt, and yeast are the four conventional constituents in beer. Hops give out flowery, pine, citrus, or earthy scents, none of which are present in High Life. The presence of ale yeast produces fruit, which ferments at higher temperatures.

That bottle, which is still in use today, is highly responsible for the nickname “The Champagne of Beers.” Miller High Life, the flagship beer of the Miller Brewing Company, was first introduced in 1903. It is a favorite among bartenders, brewers, and beer enthusiasts in general.

Miller High Life is well-known for its crisp, smooth flavor and distinctive clear-glass flavor. Miller High Life is proud of its roots and is renowned among beer enthusiasts as a genuine, unpretentious brew. They have a mild sweetness tempered by bitterness and its trademark effervescence.

Miller High Life is a beer that defies expectations because of its high carbonation. The beverage was first introduced into civil society by the Miller Brewing Company on New Year’s Eve 1903, in a magnificent clear-glass piece with gold foil wrapped around its gazelle-like neck and diving shoulders. Miller High Life is still a golden pilsner using light-stable galena hops from the Pacific Northwest and a unique malted barley blend.

It’s easy to take bottled beer for granted now that we have it. But, believe it or not, bottled beer was formerly rare. Bottled beer was unique when the Millers debuted the lager in 1903. Beer was only available at bars around the turn of the century. Most beer lovers often bought it on-site or carried it home in wood or metal pails.

Like champagne, bright, frothy beer in a bottle was considered a luxury. While Miller High Life was first released in 1903, Miller Brewing Company (now MillerCoors) made specific that people understood the relation – starting with the bottle. 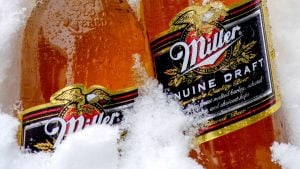 The never-ending debate over Miller Lite and Miller High Life is still a hot topic in craft brewing. You have to stay with a tried-and-true brew now and then. Miller Lite is the “original light beer,” and it’s still one of the best you’ll find, despite its many competitors.

On the other hand, Miller high life is drinkable with a balanced alcoholic content and calories. Above all, this is the beer that screams opulence, richness, and aroma. Try both the beers and know the richness for yourself.