Molson Golden beer has become a favorite among many beer drinkers in the country due to its taste and the brand’s popularity. 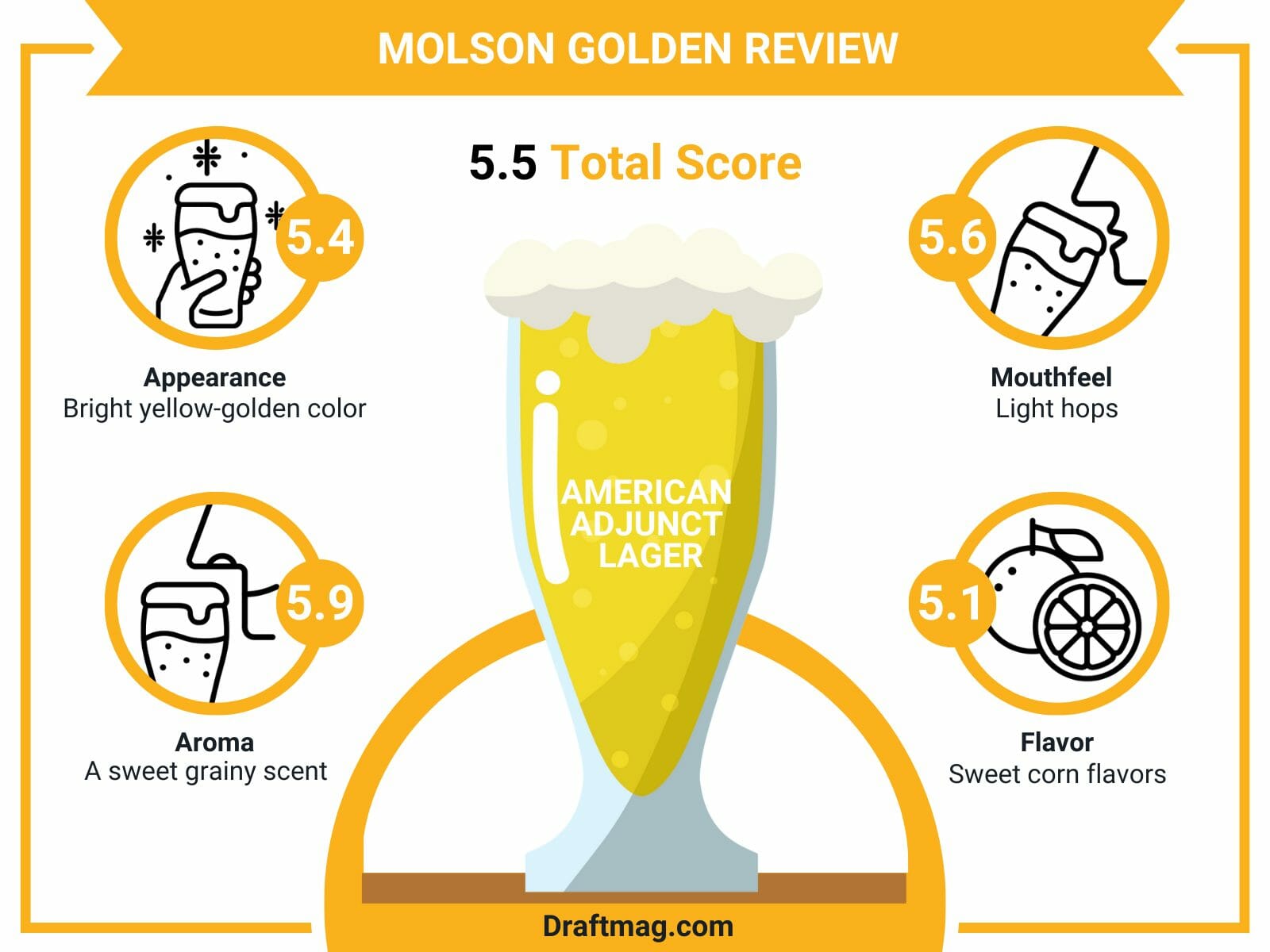 This refreshing lager has an interesting blend of hops, corn syrup, and yeast. Our complete review helps you decide whether it’s worth the purchase or not, so read on!

It wouldn’t be wrong to describe this beer as sought after by many beer drinkers. However, our review helps you decide if this popularity is due to a unique taste or mere hype. Our beer experts critically examine this beer based on the following categories.

This beer pours a clear, bright yellow-golden color with minimal haze. A fluffy inch of foam head rises to the top of the glass after pouring and settles for some minutes. Once it dissipates, a frothy layer coats the top of the beer and remains for some time. There’s also a ring of lacing that clings to the side of the beer glass with every sip you take.

One noticeable thing about this beer is its lack of carbonation, which can be seen in the scattered tiny bubbles moving through the beer glass. Although this beer has no distinctive appearance, it looks good enough without appearing too filtered.

Nothing extraordinary hits the nose when you sniff this lager. However, one can easily make out a sweet grainy scent that smells like sweet corn and corn sugar. You can also catch whiffs of malts, mild hops, and a bread note easily associated with wheat. There’s the unmistakable scent of grass or hay that you can detect if you pay close attention to the aroma of this beer. 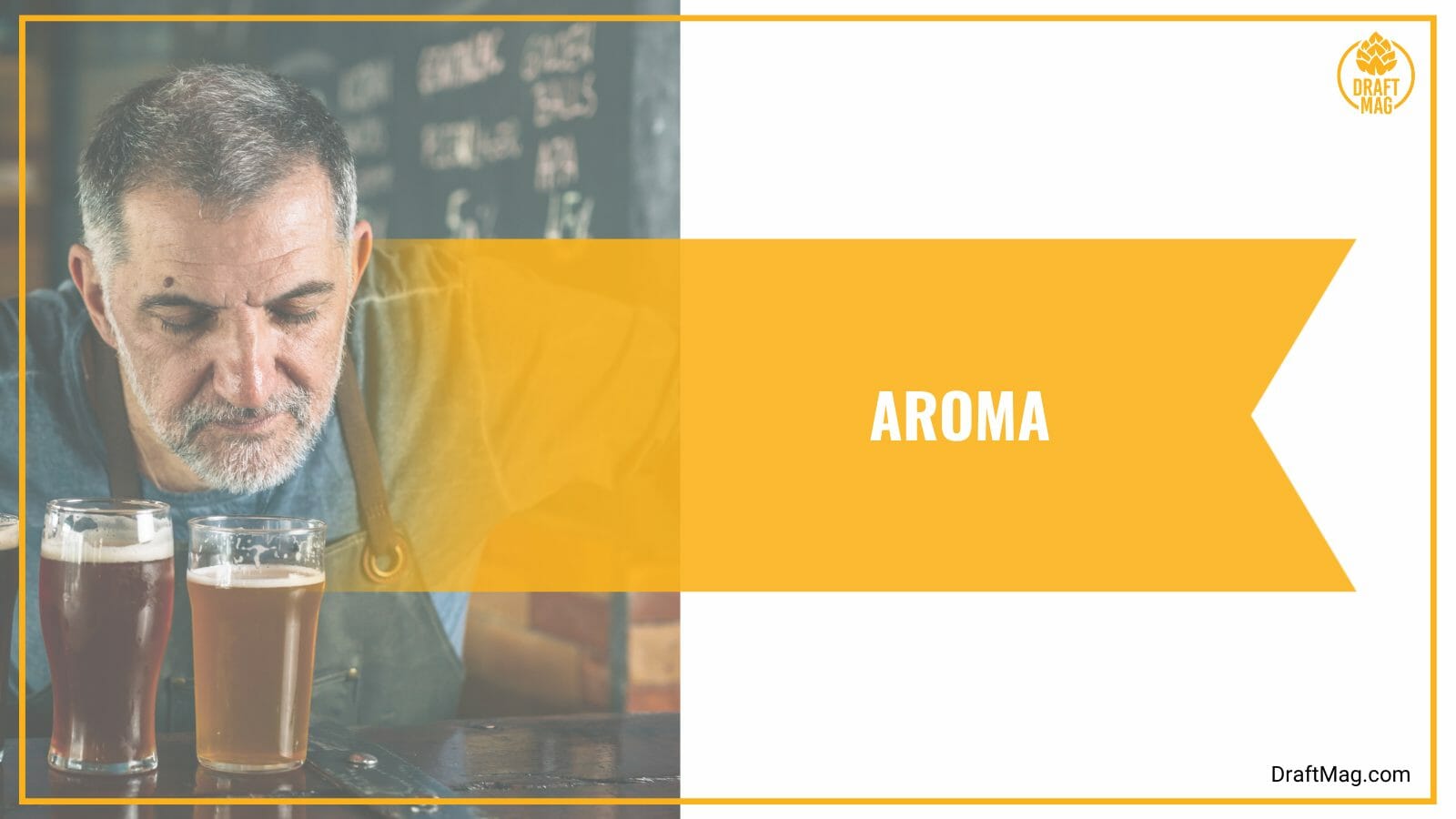 Also, you can catch faint citrus/floral notes from this beer. Overall, the aroma is what you’d get from any adjunct lager. It’s simple and without any depth or unique composition.

Aside from its sweet, grainy scent, there’s hardly any distinguishing feature that makes you eager to take your first sip. The only redeeming quality is that due to its simplicity, you can expect none of the overly cloying scents associated with many craft beers.

Aside from the fact that this beer has a grainy sweetness balanced by light hops, it’s medium-bodied with minimal carbonation. Like most lagers, this beer is crisp yet smooth on the palate.

There’s a lingering malt sweetness at the beginning, which eventually gives way to a light bitterness one can easily overlook. You can detect faint hints of spice, but overall, the beer is thin and watery.

However, its crispness redeems it, as it’s easily drinkable and leaves a dry finish. This beer doesn’t have a bad mouthfeel, but it isn’t award-winning, either. It’s simply an easy beer to have after a long day at work or on sunny days, especially if it’s served cold.

This beer has simple, almost subdued flavors, which isn’t surprising for an adjunct lager. You can easily detect a sweet malty flavor, followed by sweet corn flavors and light hops. 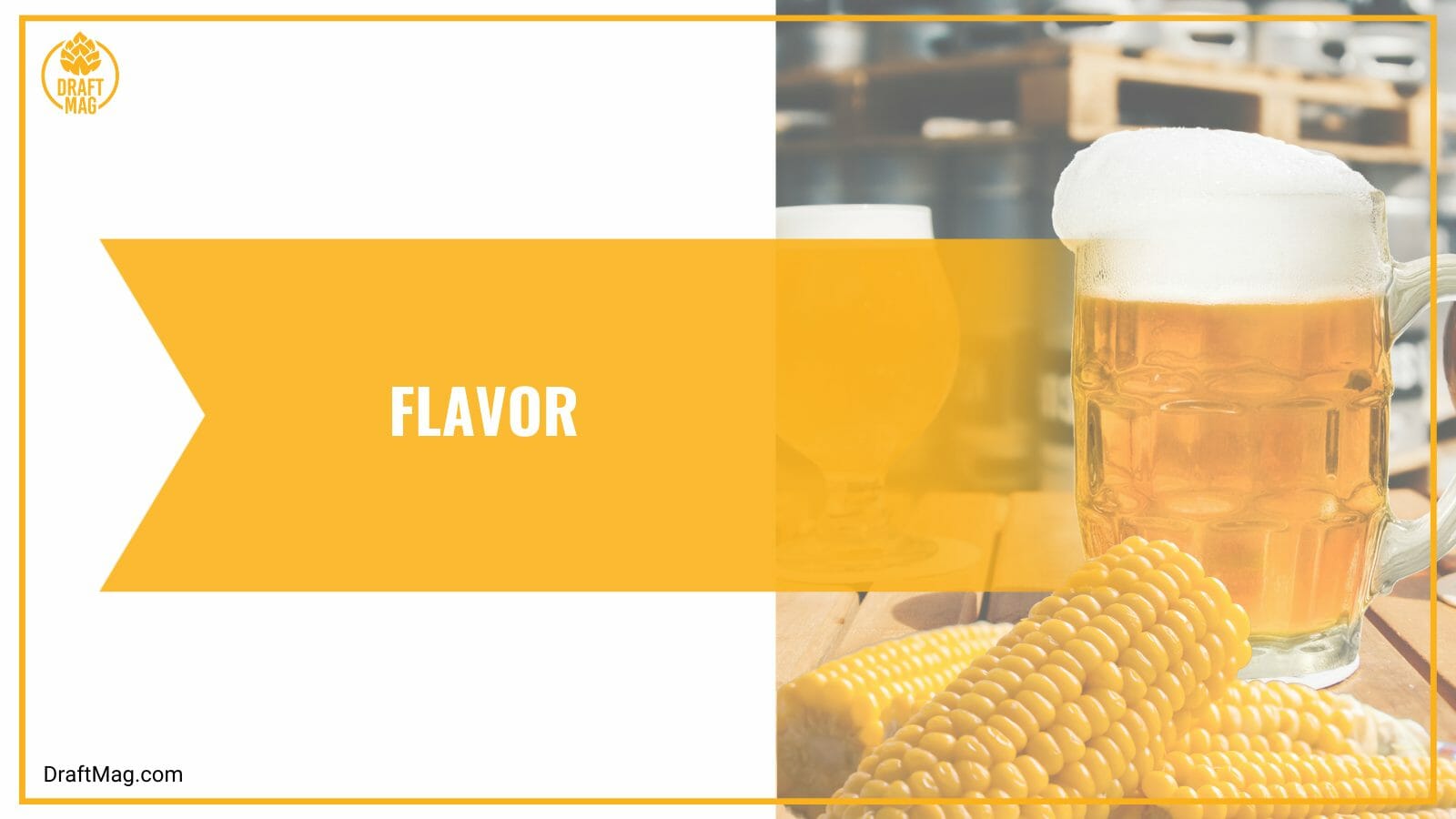 Interestingly, the clear hop flavor does nothing for the beer profile as this beer is sweeter than lagers should be. Surprisingly, there are faint fruit flavors that appear to be either apple or peach.

A grassy flavor is also noticeable, lending the beer an earthy character. We appreciate that this beer has flavors that are present without being overwhelming. Even though the flavors are a bit disappointing, they’re not an issue, especially if you prefer beer with simple flavors.

Although this beer is versatile, it pairs best with spicy meals. Simple foods are also a hit, such as spicy pizza, hotdogs, burgers, fruit salad, salty nuts, and fruit-flavored cakes. You can also try it with BBQ, spicy chicken wings, steak, and French fries.

This beer goes well with fried fish and chips, steak, roast lamb, salmon, oyster, and kebab. For intercontinental variety, you can pair it with Mexican, Jamaican, Italian, and Spicy Thai cuisines.

It’s made of traditional beer ingredients including hop extracts, spring water, yeast, corn syrup (maltose), and barley malt. However, there’s an indication of mild citrus notes in this beer’s composition. The brewery asserts that it takes a lot of thought in the brewing process, and each ingredient is used in its purest form. This guarantees drinkers a high-quality alcoholic beverage at any time.

This American adjunct lager contains 150 calories, 12.3 grams of carbohydrates, one gram of protein, and zero grams of fat per 12 oz bottle serving. It also has an ABV of five percent and is deemed vegan-friendly, as it consists wholly of plant-based products. 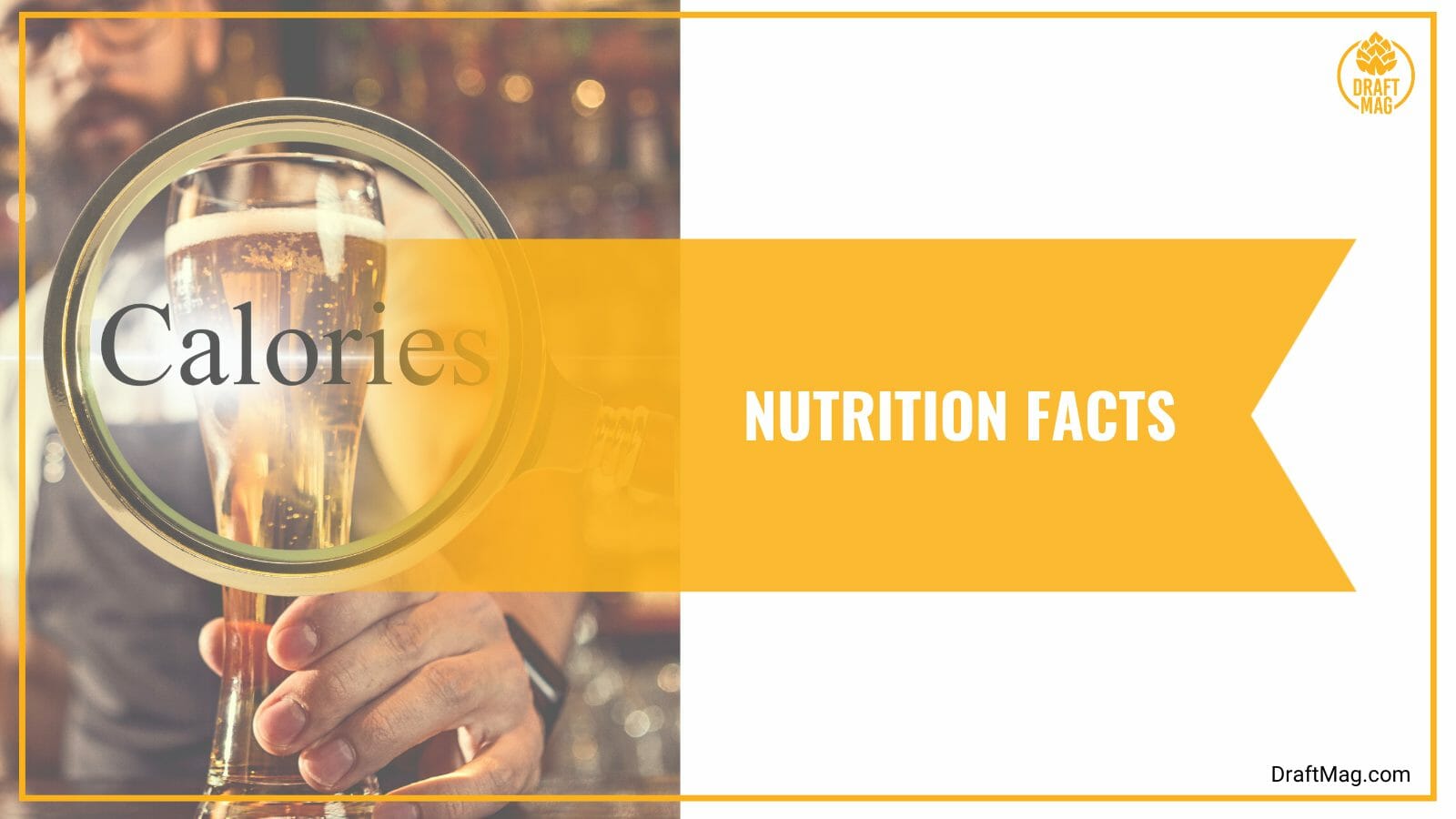 If you’re following a keto diet or actively trying to lose some weight, you may need to be careful with how much of this beer you consume. Unless stated otherwise by the manufacturer, this beer may contain gluten due to the barley in it.

Although its exact date is unclear, this lager was first introduced to the beer market in the early 1980s. It’s brewed by Molson Coors Breweries, Canada, and is available for American beer drinkers. Although the brewery discontinued it in the early 2000s, it produced other beers under the brand, including the Molson Canadian and Molson Export Ale.

However, in 2020, the lager was reintroduced to the public. It’s available in pubs, liquor stores, and online beer retail sites across the country.

This beer is quite refreshing despite its lack of memorable qualities. Here’s a summary of the points discussed in this review:

Although this beer wouldn’t rank high in a list of premium lagers, it’s nonetheless a good beer to have. We recommend this beer if you need a quick drink and aren’t too bothered about beers with bland flavors or aromas.