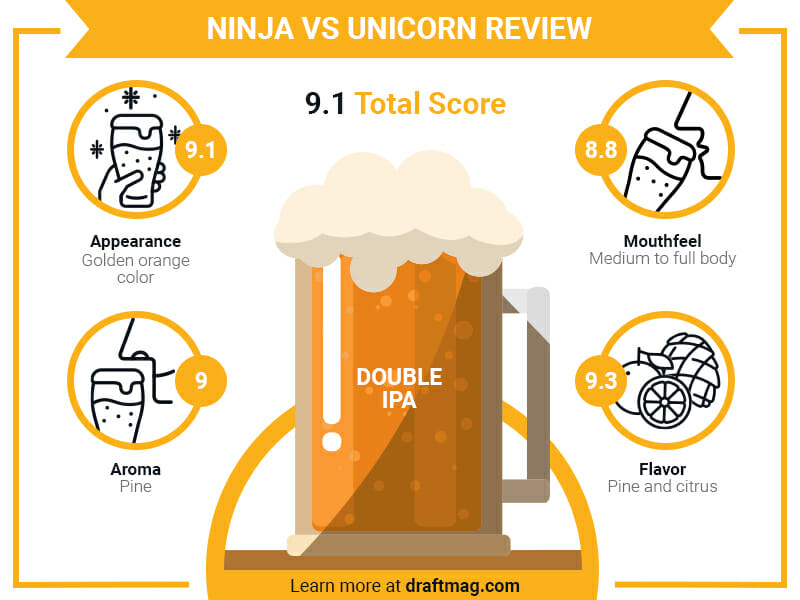 One of the most popular beers in Chicago is Ninja vs Unicorn, the double IPA made by Pipeworks Brewing Co. The hop-forward beer is the brewery’s flagship, constantly being cleared off the shelves by locals and visitors in the city.

The beer explodes with fruity flavors and follows an intense brewing process that leverages the strong hops, leaving its fans with a delicious IPA. This complete guide reviews the Ninja vs. Unicorn beer and its flavor profile.

Ninja vs Unicorn is one of the top beers from Pipeworks Brewing, so popular that it has different spinoffs and is hardly ever available when you visit the brewery. The double IPA is described as an epic battle between hops. It is an unfiltered double IPA brewed with over five pounds of hops so that you can expect the intensity of hops with every sip.

The hoppy flavors are evident in the taste and aroma, a combination of dry bitterness and slight fruitiness from the hops. A favorite among IPA fans, the Ninja vs. Unicorn beer embodies the perfect balance that an IPA should offer, from the hop flavor and aroma to the touch of alcohol heat.

In the double IPA, notes of pineapple, grapefruit, and caramel are well-balanced with the light malt flavor. This gives you an easy-to-drink unfiltered double India Pale Ale.

The Ninja vs. Unicorn beer has a golden orange color that pours smoothly into your glass. On it is a white, foamy head that recedes slowly to the edge of the glass.

The beer has good head retention and leaves a thin white line against your glass. The color and foam look best in a snifter, goblet, or chalice.

On the nose, the Ninja vs. Unicorn brew overwhelms you with the scent of pine. This emphasizes the hop bomb concept. You will also notice a backbone of citrus and a slight hint of malty sweetness in the aroma.

Although the hops used to make the beer are a trade secret, the aroma reminds you of Citra, which is evident in the hop resin. The lacing enhances the smell of the glass.

The Ninja vs. Unicorn has a medium to full body that caresses your palate. On the palate, it feels semi-sweet, then quickly changes to a bold and bitter flavor. The beer is also a bit juicy because of the steady carbonation. 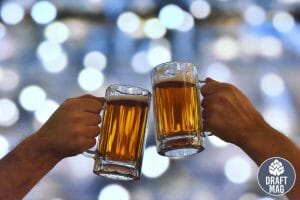 The beer’s flavor follows the aroma, with hints of pine and citrus. It offers the right amount of dry bitterness in its flavor and a hoppy bite to it. But the bitterness is not overpowering. The citrus in the beer is more evident in the aroma than the flavor, but there are subtle hints of orange peel.

You will also get earthy and grassy flavors, as it is with other hoppy beers. This complements the bitterness and fruitiness in the hop profile. There are also slight hints of pineapple, white grape, and tropical fruits, together with the pine flavor.

The Ninja vs. Unicorn beer is well-paired with grilled food, including ribs, chicken, and pork chops. Since the beer style is bold, it goes with food that has thick and strong flavors. Strong cheeses are also delicious, including sharp cheddars and blue cheese.

The bitterness and high ABV of the double IPA will merge well with the cheeses and sauce from the strong food. Although you should use a Spiegelau glass for the beer, it is also recommended to use a snifter, goblet, or chalice.

Although Pipeworks does not announce its ingredients, it’s evident that hops make up a big part of the list. Aside from these, the beer is made with malt grains, ale yeast, and water. The beer is made with five pounds of hops for each barrel and is unfiltered to give you the full hoppy flavor.

Ninja vs Unicorn has 18 grams of carbs and 8 percent alcohol content. It also has 227 calories in a 12-ounce can. Because beer has a high amount of carbs, it should be avoided for those on the keto diet. It’s also not gluten-free but can be drunk by those on a vegan diet.

The Ninja vs. Unicorn DIPA was developed by Pipeworks Brewing Company, a Chicago-based brewery operating since 2012. The brewery is known for its creative craft beers and enthusiastic brewers, with a wide range of award-winning brews in its collection.

Their beers are designed with fun graphics, like the Ninja vs. Unicorn, which has a bold design of a ninja fighting a unicorn with swords. The beer is one of the earliest made brews by the brewery and is well-known as their flagship beer. Because of its popularity, the bottle shop runs out of beers quickly.

The beer was first released as a 22-ounce can but can now be purchased in large-format bottles and 16-ounce cans sold in four-packs. Some spinoffs of the beer include Citra Ninja, Simcoe Ninja, and Amarillo Ninja.

The Ninja vs. Unicorn IPA is the ideal choice if you enjoy drinking extremely hoppy beers, and the fact that the beer is so popular among beer fans in Chicago is a sign that it’s an amazing beer to enjoy. Here are some important things to know about the double IPA: 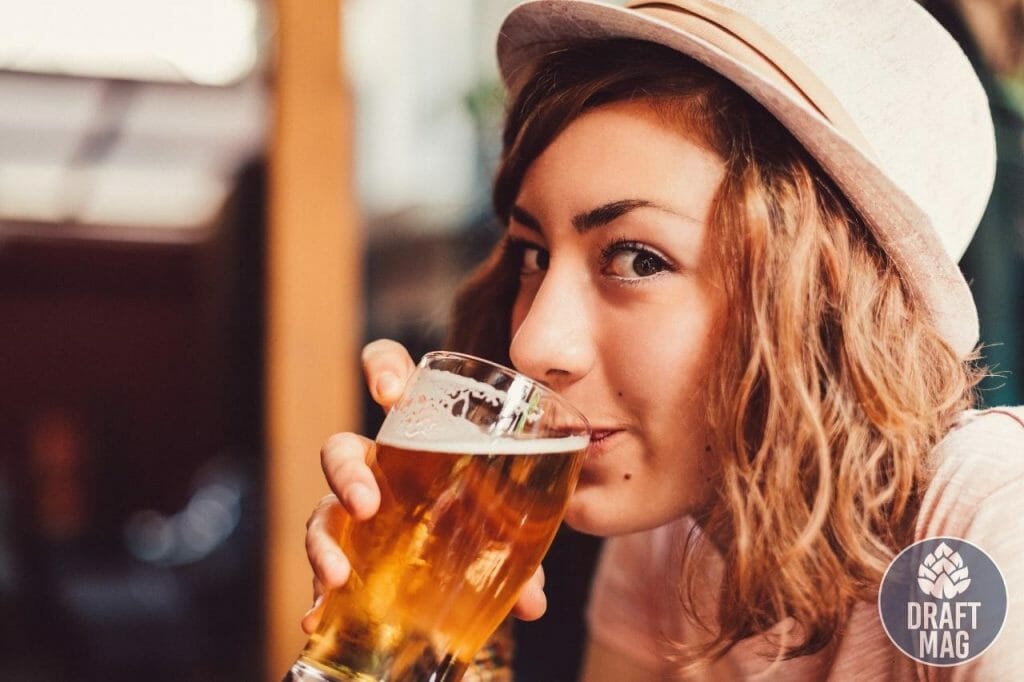 If you’re curious about the flagship beer, you can easily find it at any liquor store in Chicago or visit Pipeworks Brewing Co. in the city. Although you can’t have the beer in the taproom, their bottle shop offers you fresh brews right out of the tap.