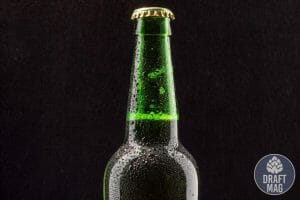 Anyone reading this Rolling Rock beer review might be curious to know if the famous beer is still as good as it was.

The cheap beer is renowned among those looking for a high-quality lager at a reasonable price, although many would say it does not taste as good as before.

As taste is subjective, we will be doing an in-depth dive into Rolling Rock, including its taste profile and how you can clone it as a homebrewer. Find out more by reading this review!

If you want to know what to expect before trying out this lager, we have put together the Rolling Rock beer taste, aroma, appearance and mouthfeel in the style profile below:

When you first open the Rolling Rock lager, you will notice its fine, white head and decent retention. It also features a pale straw to clear golden color appearance. There is no lacing on this beer.

You will perceive a pleasant, light to medium hoppy aroma with no grain on the nose. You can expect hints of bread and biscuits when you bring the beer up to your nose. The scent is light and not overwhelming, so it does not distract from the taste.

The beer feels as though the brewers made it with soft water in terms of the mouthfeel. It has a light, silky feeling on your tongue, giving a good first impression. The light to medium body makes this an easily drinkable beer. It also provides medium carbonation.

The Rolling Rock beer tastes similar to how it smells but offers a deeper flavor for the price tag. There is hardly any bitterness from the hops except for a slight note at the end. Instead, you can taste residual sugar in the pale ale. It gives you a watery and sweet taste that is almost cloying.

Despite the lacking flavor of the beer, it is known to have more character than other light lagers. The Rolling Rock ingredients are traditional, similar and well-known among homebrewers. The Tito Brothers used simple ingredients to form a complex blend, giving their customers a unique beer.

The beer is made with water, malt, hops, rice, corn and brewer’s yeast according to the label. It is not gluten-free, although it has no wheat, only malt rye. So if you have celiac disease, you can’t drink it, but those who can’t have gluten can drink this beer. 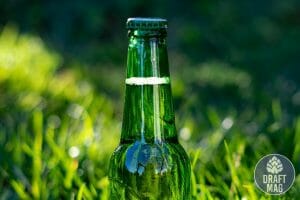 There’s a lot of mystique surrounding this beer’s label, and we’re not talking about the Rolling Rock alcohol percentage. Aside from the 4.6 percent ABV and 9 IBUs on the label, you can also expect to see a bold number 33 written at the front of their famous green bottles.

There are a lot of theories and even legends about this number, which Rolling Rock has expertly turned into a marketing strategy. But no one knows what the number is meant to stand for, and the Tito Brothers haven’t said anything yet.

– Theories for the Mysterious Number

One prominent theory is that the Brothers bought the Latrobe Brewery in 1933, which was a reasonable risk since the prohibition on alcohol was lifted soon after.

There is also the fact that the beer is brewed at 33 degrees, and the number of words in the quality pledge, which you’ll find behind the bottle, is also 33. This same figure is the number of letters in the ingredients in the beer too.

Another theory says that there were 33 steps from the brewery floor to the brewmaster’s office at Latrobe. And also, since Latrobe was founded in Pennsylvania, the number 33 stands for the 33rd day of the year, which is Groundhog Day, which the state is famous for.

You might also hear that there are 33 springs supplying water to the brewery since Rolling Rock once stated that they use natural spring water for their beer. Probably the most exciting legend to come from this is that a Tito brother bet $33 on horse number 33 at the track and won, then used the money to buy the brewery.

Regardless of the reason, Rolling Rock organizes a Project 33 gallery-based event where people celebrate artistic self-expression. It is held every year.

If you want to make your own Rolling Rock lager, there are a few clone recipes out there. Experienced homebrewers come up with their recipes using the style profile and the information on the Rolling Rock label.

You can achieve an ABV very close to the Rolling Rock alcohol content using the recipe below. Although it features 4.7 percent ABV, it increases the bitterness that the lager is criticized for lacking as the IBU for this recipe is 18.5, a little over double the amount that the famous beer has.

Follow the instructions below to make your Rolling Rock lager.

If you bought bottles of Rolling Rock or made your own brew, you can enjoy it best with a wide range of food. This beer goes well with spicy, roasted and smoked dishes, especially those with lots of meat like barbecue, beef, poultry and pork chops.

It also pairs well with shellfish and other kinds of fish. If you’re planning on drinking it with dinner, you can make spicy food and pasta to pair well with the drink. Alternatively, drink it with soft cheeses like brie to enjoy its malt-focused taste.

The history of Rolling Rock is quite popular among beer enthusiasts. It all started with the Tito brothers, who purchased the Latrobe Brewing company in 1933 while there were still prohibitions against brewing, taking a huge risk in making the purchase.

In the same year, selling alcohol at 3.2 percent ABV became legal. Then in December, the government eradicated the ban on alcohol.

The brothers created their recipe and released the Rolling Rock Extra Pale Lager in 1939, and the beer is still consumed by many. It experienced mild success in the following decades, attracting a loyal following and being advertised as the working man’s best beer.

By 1987, the brewery was purchased by Labatt’s Brewing Co, but they retained the brewery in the Latrobe town and maintained the production standards. They expanded the reach of the beer, building it for the craft brewing market too, which was becoming popular by then. This led to the nationwide popularity of the beer.

The next part of the story happened in 2006 when Anheuser-Busch bought Rolling Rock from Labatt. The large company moved the brewery production to Newark, New Jersey, and there was a noticeable difference in the taste of the beer.

The Tito Brothers originally made rolling Rock with glass-lined tasks, but A-B announced in 2015 that they would be removing glass bottles and replacing them with mostly aluminum cans. Anheuser-Busch also released the InBev variant in 2016.

Rolling Rock is presently brewed at one of the ten breweries in the United States of America and is currently criticized for lacking flavor, unlike its glory days before.

The answer to this question depends on your taste buds. If you drink both the original Rolling Rock lager from the 90s and the one produced today, you will notice that the flavor has been watered down.

Despite this, the beer is one of the cheapest ones out there, costing less than 10 dollars for an 18-pack, and is known for offering high quality for its low price.

Many enthusiasts complain that they don’t like the taste of this beer, but others don’t mind it at all and drink it regularly.

Conclusion: Check Out Rolling Rock or Make Your Own 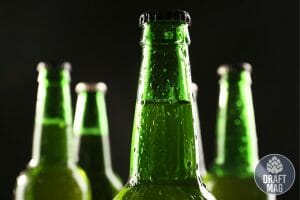 Whether you purchase a pack of Rolling Rock from the store or make your own with a spin, this beer is an iconic one in the drinking community, and it would be a good experience to try it out.

Find out where you stand in the Rolling Rock divide by buying or making one today!