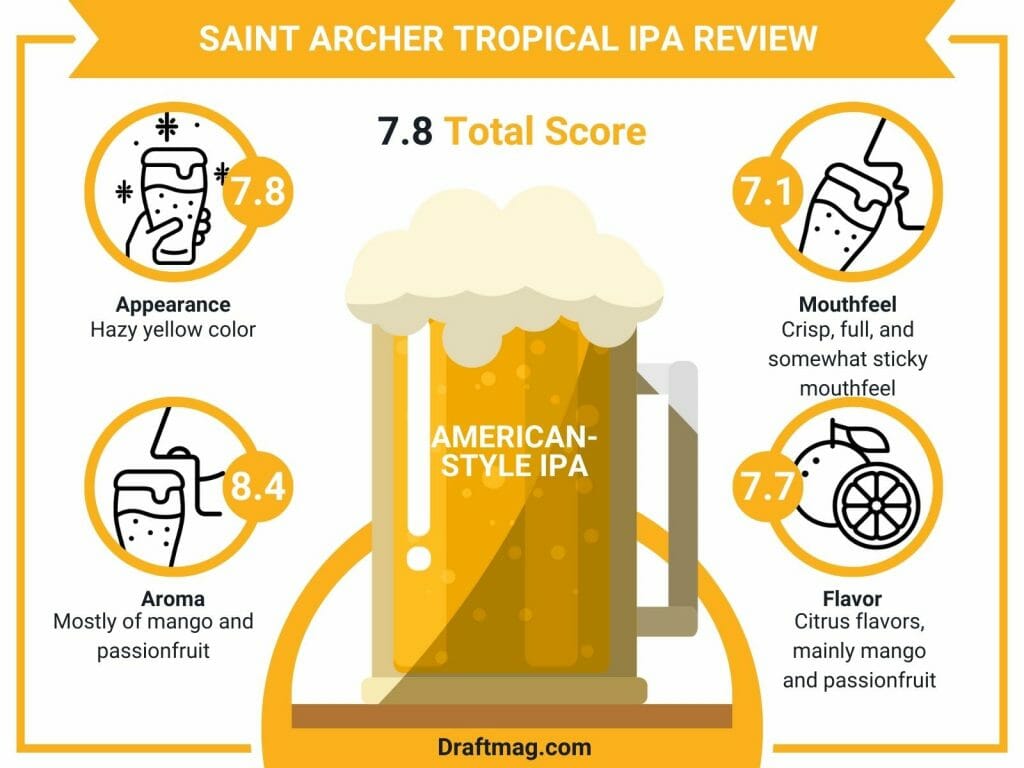 The result is a balanced, easy-drinking beer most beer lovers have come to appreciate. If you are about to try this beer for the first time, our expert review is just what you need to know more about it.

If you are anxious to try out this beer and need help with what to expect, we’ve got you covered. This review has been compiled based on the following categories by beer connoisseurs who have sampled this tropical IPA:

It pours a bright, hazy yellow color that appears slightly amber or golden. It comes with a beautiful crown of the white fluffy foam head. The foam head lingers before disappearing, leaving a thin lacing that sticks to the glass. The IPA has high carbonation as the beer appears fizzy, and bubbles can be seen through the glass. 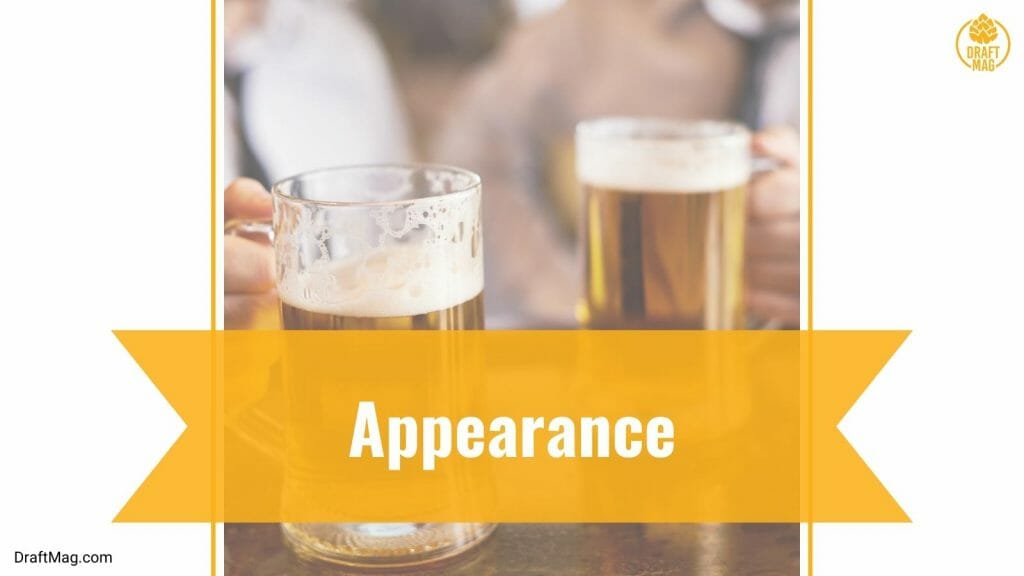 The aroma of this beer is mostly of mango and passionfruit, which is expected considering it is a tropical IPA beer. Upon closer inspection, you can also make out herbal, slightly earthy notes that remind you of grass or pine.

It is nearly impossible to miss the hop presence as it is quite strong. There’s also a yeast-like, doughy scent that brings bread to mind, alongside a muted malt character that is nonetheless detectable.

We like that the citrus notes in this beer are balanced without being overwhelming, so you can easily tell that this is a hop-forward IPA despite its fruity essence.

This beer appears to have a medium to full body. It has a crisp, full, and somewhat sticky mouthfeel owing to its active carbonation. It is smooth and pleasant, and you can taste its fruitiness. 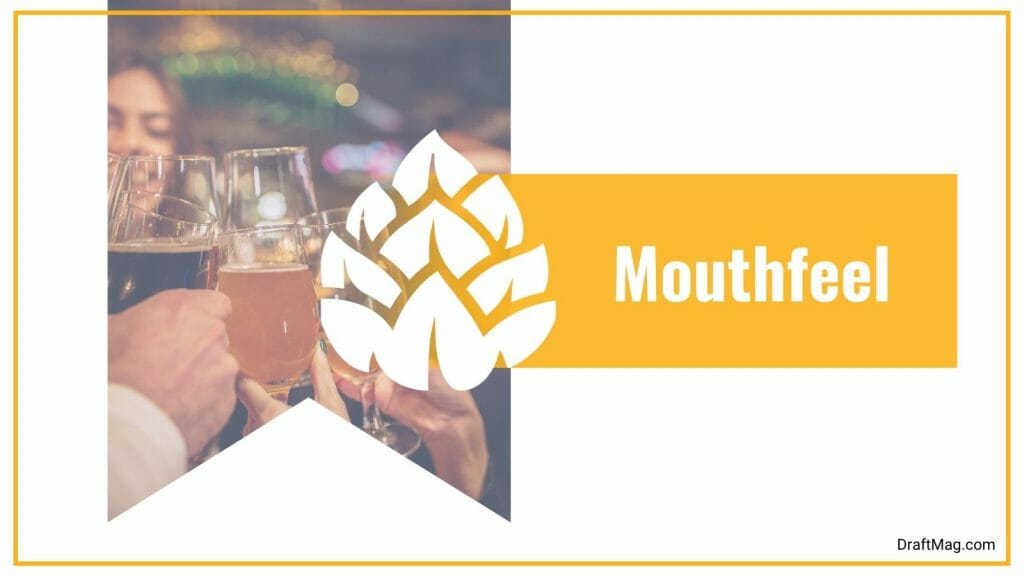 The hop character comes in at the finish, although it isn’t overly assertive. However, this light bitterness sticks to the tongue for quite a while, even minutes after you must have emptied the can. For an IPA with seven percent alcohol, it is well-balanced as there is little to no indication of a high ABV.

It has the same flavors as the scent. As expected of a tropical IPA, it has citrus flavors, mainly mango and passionfruit. However, there’s also an indication of other citrusy flavors: lime, lemon, grapefruit, peach, and even orange. There’s a subdued piney note as well as a maltiness that isn’t over the top.

The hoppiness of this beer shines through its bitterness, and there’s a faint hint of a cracker-like flavor. In all, these burst flavors are refreshing, especially as none is astringent or over the top.

Although a unique American IPA, this IPA is no different from others and can be paired with the same meals. This hop-forward brew is best with spicy meals to balance and complement its fruit and hop profile.

You can pair it with dishes like grilled lemon skewers, grilled chicken, grilled or smoked salmon, buffalo wings, grilled mushroom burgers, and even steak. You can also pair it with pizza, goat cheese, pineapple salsa, and lamb.

It is brewed with traditional beer ingredients that are present in almost every beer. The IPA contains water, yeast, malt, and specialty hops, including Simcoe, Citra, and Mosaic. It also contains a fruity mix of real mango and passionfruit, although there might be additional citrus peels.

This hop-forward IPA contains 206 calories, 14.7 grams of carbs, 2.4 grams of protein, and zero grams of fat. In addition, it contains about 15 milligrams of fat in a 12 oz can. 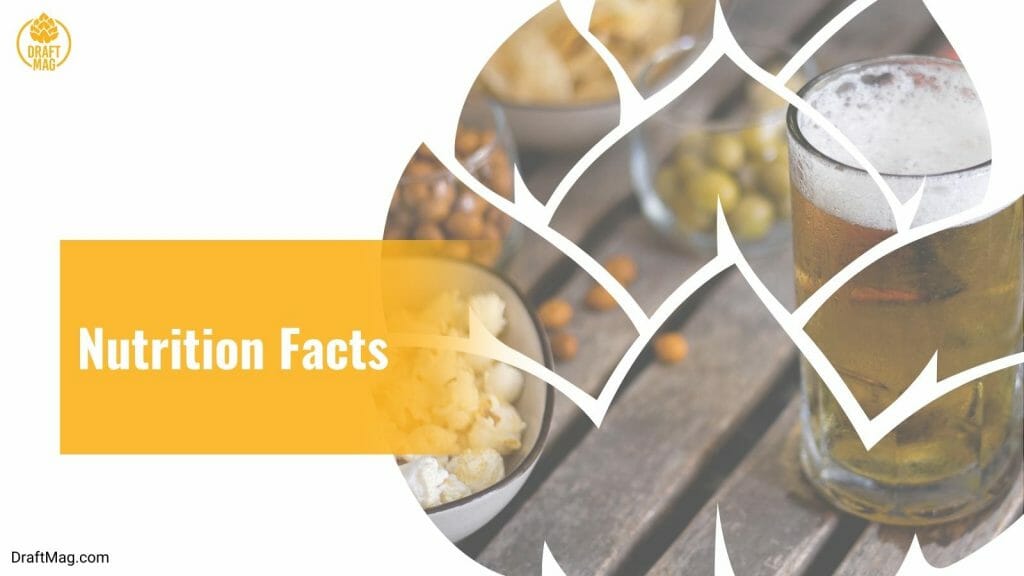 It also has an IBU of 70 and an alcohol volume of seven percent. It is vegan-friendly, although it may not be suitable for people actively trying to lose weight due to its high amount of carbs. It may also contain gluten unless stated otherwise.

Molson Coors bought the brewery in 2015, and this IPA first appeared on the beer scene around 2019. It was produced by the now-defunct Saint Archer Brewing Co. It is a West Coast American-style IPA that won the heart of tropical beer lovers. It is currently produced under the Tenth & Blake Group ever since its manufacturer was sold to Molson Coors in 2015.

This is a nice, smooth IPA to have at any time of the day. Here’s a summary of the points discussed in this review:

Even though its manufacturer doesn’t produce beer anymore, there’s no denying that it did tremendously well with the Tropical IPA. Nonetheless, if you need a perfect beer for a breezy day by the beach, be sure to grab a can of this beer.