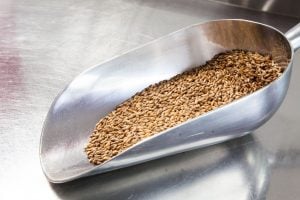 Victory malt substitutes impart a comparable flavor and scent to your beer, similar to victory malt. Malt is the beer’s backbone. They are the foundation for a beer’s texture, flavor, and color when they are malted barley. They’re also one of the three crucial recipes that got their names from the German Beer Purity Law of 1516.

These grains, as unsung heroes, provide an interactive platform for additions, yeast, and hops. In this article, you will discover more about Victory malt substitution.

So, what is malt? Malt is a germinated cereal grain that undergoes a drying process called malting. Soaking the grains in water causes them to germinate.

By drying them with hot air, they are prevented from sprouting further. All of the enzymes in the cereal grains that would have broken down the starches into nourishment for the new plants are now gone.

During the mash, these enzymes break down the starch in the malted grains into fermentable sugars, which the homebrewer subsequently ferments to produce beer.

What Is Victory Malt?

Victory malt, with its scent of baking bread, is ideal for Nut Brown Ales and other medium to dark beers. The victory malt flavor is clean and complements ales and lagers well. Small quantities can be used to add depth and warmth to lighter-colored ales and lagers.

Victory is a biscuit-style malt from Briess that has been mildly roasted to bring out the nutty, toasted, and biscuit tastes and aromas associated with bread preparation. It’s an excellent malt for giving a wide range of beer types a layer of dry toasted depth and a russet brown hue. Use tiny amounts in light ales or lagers to lend a touch of warmth, or use greater amounts (up to 25 percent) in darker brews to bring out more of the toasted biscuit tastes.

Created in the United States, the taste of the malt comes from particular processing. Lovibond color ranges from 25 to 28. The colors range from a subtle crimson to amber to orange accents. It is a matter of how much you use.

Since it has no diastatic power, you may use the malt as a steeping grain. Nutbrown ales are a suitable match for this malt because of the taste it imparts. It would go well with dark beers, especially porters.

If you are looking for the best Victory malt alternative, here are a few of them. 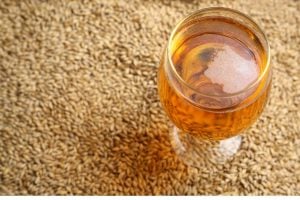 Biscuit malt is a Belgian pale malt that has been gently roasted. It will give lagers and ales a toasty bread or biscuit character, as well as a toasted flavor and fragrance when used at a rate of 3 to 15 percent.

It will give off a garnet-brown hue. Biscuit malt has almost no enzymes remaining and relies on the enzymes of other malts for conversion.

Biscuit malt is made by roasting germinated barley, kiln-dried at a high temperature for a brief period, resulting in a color of around 30 degrees Lovibond/SRM.mIt’ll work in a variety of Belgian beers, as well as most English and American beers. Although the flavor is too intense for most lagers, biscuit malt may be found in light or dark ales of practically any type.

It goes well with dark roasted malts for depth of taste, or it may be used to lend toasted, bready flavor to a pale ale without adding color. Biscuit malts are popular in brown ales because of their nutty characteristics, and they can account for as much as 10 –15 percent of the overall grain bill.

Biscuit malt’s toasted, nutty qualities make it ideal for use in low-percentage beers, providing delicate flavors and aromas to pale ales, amber, and red ales and lagers, as well as bock and Oktoberfest beers. Low quantities of biscuit malt can generate additional complexity and boost malt aroma in darker beer types like stouts and porters.

Aromatic malts, a type of premium malt with a color of roughly 20° SRM/Lovibond and a high degree of conspicuous malty tastes and odors, give the beer a strong malty flavor and fragrance. To make aromatic malts, seeded barley is kiln-dried at extremely high temperatures, generally 220 F or higher, with a greater latent moisture content than other base malts.

Through enhanced Maillard reactions, the high kiln temperatures, the time of kilning at greater temperature and the extra latent moisture provide more intense malty tastes and smells. Aromatic malt will require mashing and, depending on the maltster, can convert its starches in the mash due to its diastatic strength.

This fragrant malt is smooth and clean with a somewhat dry finish, starting slightly sweet and providing an assortment of toasted aromas. In any beer, it contributes a light brown and orange color and a robust, malty flavor.

This European-style Munich malt provides a clear and highly malty taste. This malt is typically used in Oktoberfest, Bock, or Belgian-style beers, but it’s a great addition to any beer that needs a stronger malty flavor and fragrance. 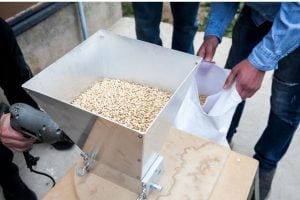 Amber malt is a traditional British malt prepared from winter or spring barley. Its primary purpose is to provide color and taste to darker beers, particularly porters and stouts, old ales, mild ales, brown ales, and bitters. They also provide viscosity and a tint of brownish head. The toasting of amber malt imparts a biscuity, dry cracker flavor to the barley, making it a versatile grain for a wide range of brews.

Darker beers like stouts and porters, as well as other darker roasted malts such roasted barley, chocolate malt, and black malt, are among the most popular uses. The flavor profile is an excellent fit for these heavier malts.

Due to the intense kilning and toasting process used to make amber malt, few enzymes or diastatic power remain in the finished product. Since it is gently toasted rather than thoroughly roasted, there are still many potential extracts accessible. The ideal approach to utilize amber malt is in a mash with other base malts. In fact, steeping amber malt as part of a malt extract beer would add too much starch, so use it in an all-grain or partial mash.

Amber malt accounts typically for no more than 1 – 2 percent of a beer’s grain bill due to its robust taste, which is dry, bready, biscuit-like, somewhat toasted, and free of residual sweetness. Brown, crystal, chocolate, black malts, and roasted barley are frequently combined with it.

This is a biscuit-style malt that has been drum-roasted and is darker than the Victory malt. It’s made with a special malting and roasting technique that amplifies the toasted and biscuity aromas. It develops distinct bran flake aromas and takes on a distinct sourdough/tangy taste.

The Special roast is undeniably complex and, depending on consumption rates, it may provide a wide spectrum of tastes. According to most sources, it gave beers a dark orange/red hue. The color contribution ranged from “deep golden to brown tones,” according to Briess. Using this malt in your grist will give your brew more body.

Roasting is used to produce distinct colors, flavors, and aromas by inducing intense Maillard reactions. These are chemical reactions between amino acids that reduce sugars and bring about caramelization at high temperatures, followed by the polymerization of the newly formed molecular structures to produce brown pigments. All enzymes generated during malting are deactivated by the high temperatures used during roasting.

Malt roasters, which are mainly built to create extremely high but constant temperatures, apply heat uniformly to all-malt kernels, and allow for perfect airflow control, are the ideal way to start these powerful colors- and flavor-producing reactions.

When added in large amounts, the Special roast may contribute a lot of bitterness, especially in stouts. Roasted caramel malts can also help with foam production and stability, as well as viscosity (to add body or mouthfeel). Dark roasted malts can be used to increase taste, but they can also be used to modify color without providing much flavor.

The soul of a beer is malt. While other grains such as wheat, oats, rye, and others are included in various beers, malted barley accounts for the majority of the components (apart from water) in every beer. Sugar is required for yeast to convert to alcohol and CO2, and sugar is obtained from malt starches. 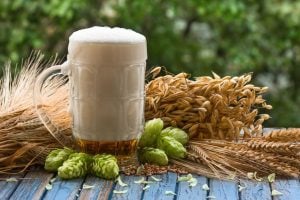 Homebrewing is a fun activity to do with your friends and family. Experiment with other grain combinations, or stick to the one you like best. If you’re new to brewing, start with barley as your foundation. It’s simple to locate recipes with it.

And when you start your endeavor, remember this useful guide if you want to substitute the Victory malt, giving your brew a unique and unmistakable flavor!