333 Beer, commonly known as 333 Premium Export Beer, is undoubtedly one of the most well-known foreign beer brands in the country. Beer drinkers in America and beyond have a lot to say about this brew, and there’s no denying its popularity. 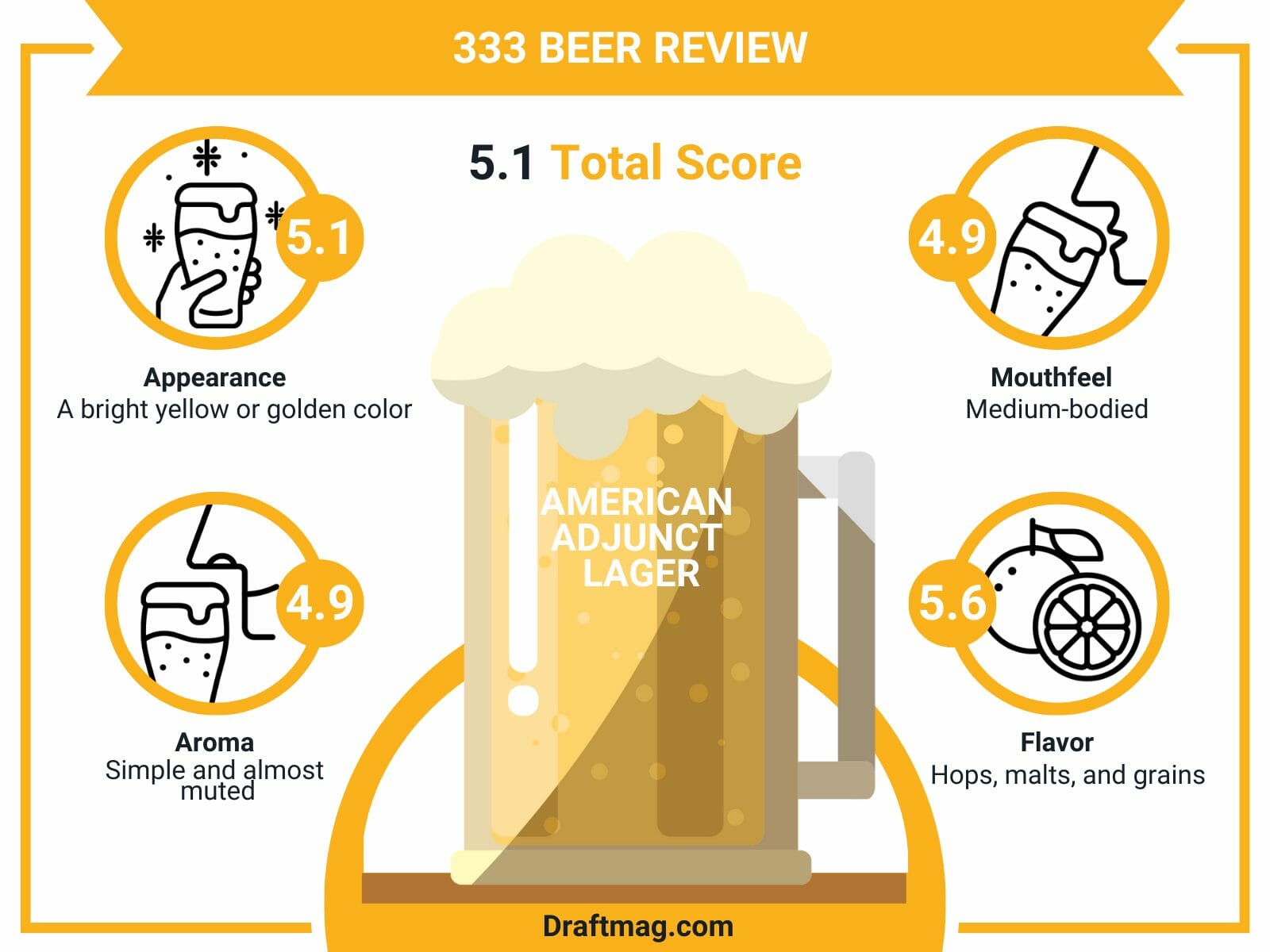 If you’re curious to discover what the fuss is all about, our review provides all the answers you need. Compiled by beer experts who carefully analyzed this beer, this review lets you know whether or not this beer should be on your drink list.

Commonly referred to as a rice lager, this beer has been active in the American beer market for a long time and has gained some popularity. In this review, we discuss the beer’s qualities so you know what to expect.

This beer pours a bright yellow or golden color that’s typical with most lagers. You can tell it has full carbonation from the fizziness when the beer hits the glass. Tiny bubbles can be seen making their way through the glass, adding a picturesque effect to the effervescence of the beer. A frothy white head sits prettily at the top of the glass, and its head retention is excellent. 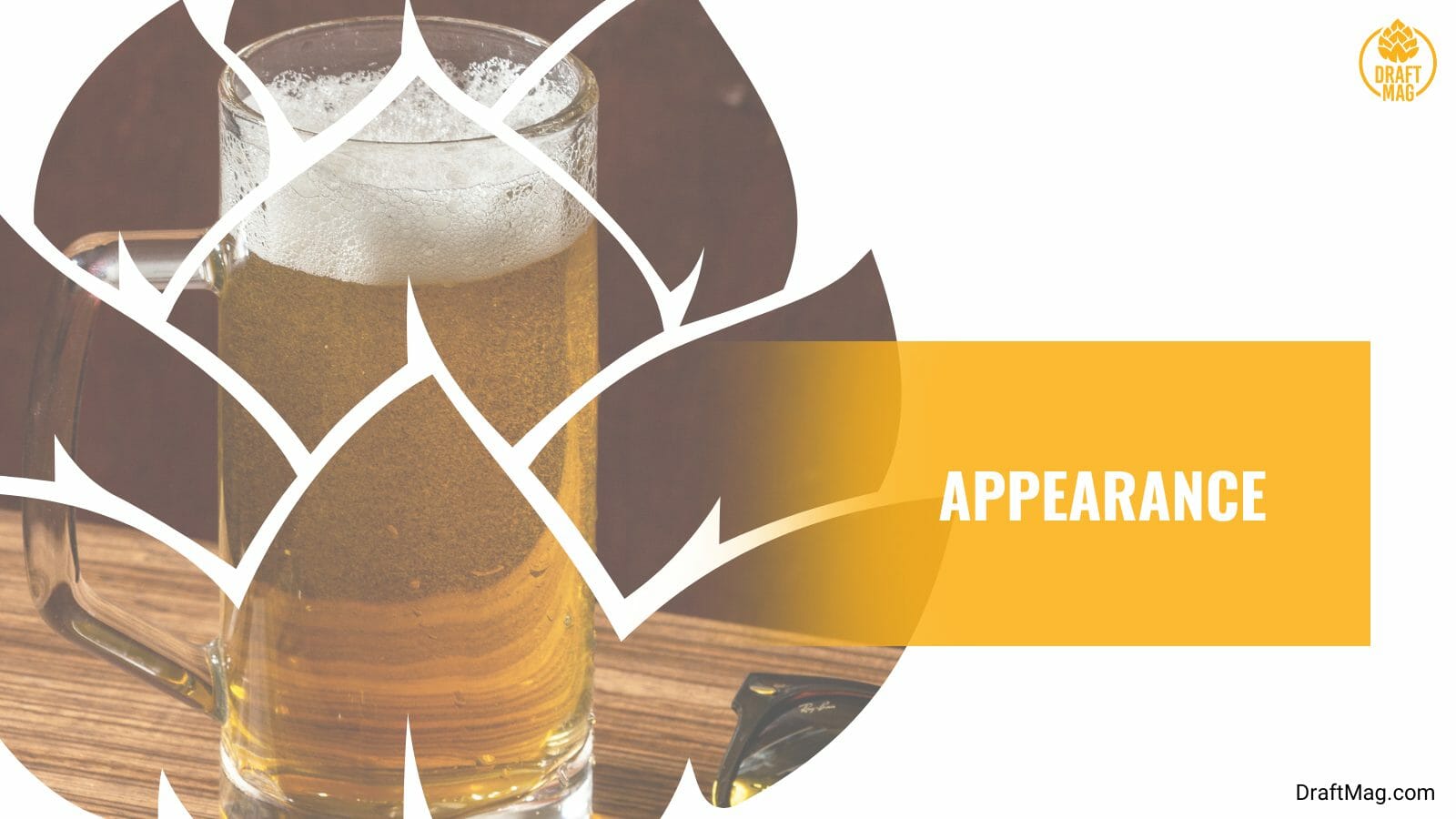 Once this frothy head recedes, a tiny layer rests on the top of the beer. With every sip you take, you’d discover a ring of lacing sticking to the side of the glass. This beer looks similar to other lagers. In fact, it closely resembles the popular Heineken beer. Overall, it looks okay but without any feature that will make you eager to drink it.

The aroma of this beer is simple and almost muted. However, you can make out a cereal-like/grainy scent resembling malts and hints of rice. There’s a hint of hoppiness and a corn-like aroma.

There’s also an earthy smell that brings to mind straw or grass. Once again, this is what you would expect from an adjunct lager. Perhaps the only nice thing about the aroma is that since it is quite malty, it gives off a sweet scent.

The beer is between light and medium-bodied with high carbonation, giving it a fizzy effect. Although this beer is thin and almost too watery, the fizziness deepens its profile. It tastes slightly sweet due to its malts and grain character. There’s the hint of a hop presence, although it isn’t too bitter or harsh on the palate.

There’s barely a tinge of alcoholic warmth, considering it has an ABV of 5.3 percent. We like its active carbonation, which gives it a syrupy feel. Hence, it is slick and lingers on the palate for a while. We also noticed that, unlike most lagers, this Vietnamese brew doesn’t finish too dry.

While this is easily a forgettable beer, the good thing about it is its simplicity in taste and mouthfeel. Hence, it is great for beer beginners or those drinkers who aren’t huge fans of beer.

There isn’t much going on with the flavor of this beer. The predominant flavors are hops, malts, and grains. The malt flavor seems slightly artificial but is quite noticeable. You can immediately notice the hop flavor by the bitter taste.

There’s also a subdued grassy flavor at the base. It gives the beer a metallic or sour character. If you’re a fan of subtle flavors, this is not a bad beer, especially when served cold. However, if you enjoy bold-flavored beers, we recommend trying other craft beers by microbreweries.

This beer pairs incredibly well with most dishes, although we recommend choosing spicy meals to mask the beer’s blandness. 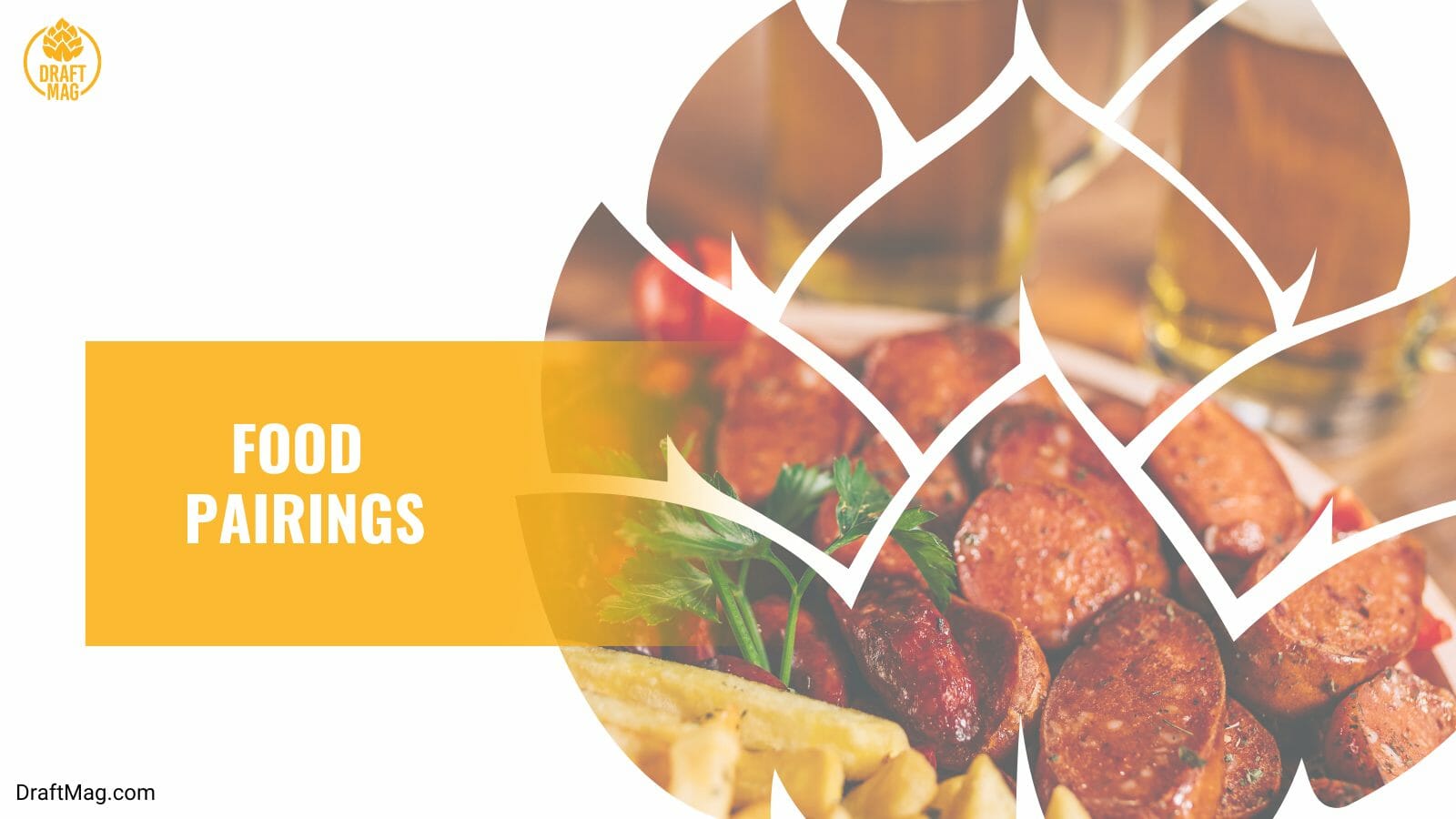 This beer is made from simple ingredients including water, barley, grains, and hops. Our beer experts believe that using only a few ingredients may have contributed to its slightly bland, unremarkable taste. This isn’t surprising, considering that most adjunct lagers are made with minimal ingredients.

This beer contains 143 calories, 12 grams of carbs, zero grams of protein, and zero grams of fat. It may contain gluten due to its barley malt addition. It is vegan-friendly and may need to be taken with moderation if you’re trying to lose weight or practicing a keto lifestyle.

This beer originated in France and was made using German ingredients and processes. Its former name, 33 Beer, was derived from its bottles, which were about 33 centiliters. The production moved to Saigon in Vietnam, where they began producing cans. In 1975, the Vietnamese government changed the name to 333 Premium Export Beer. 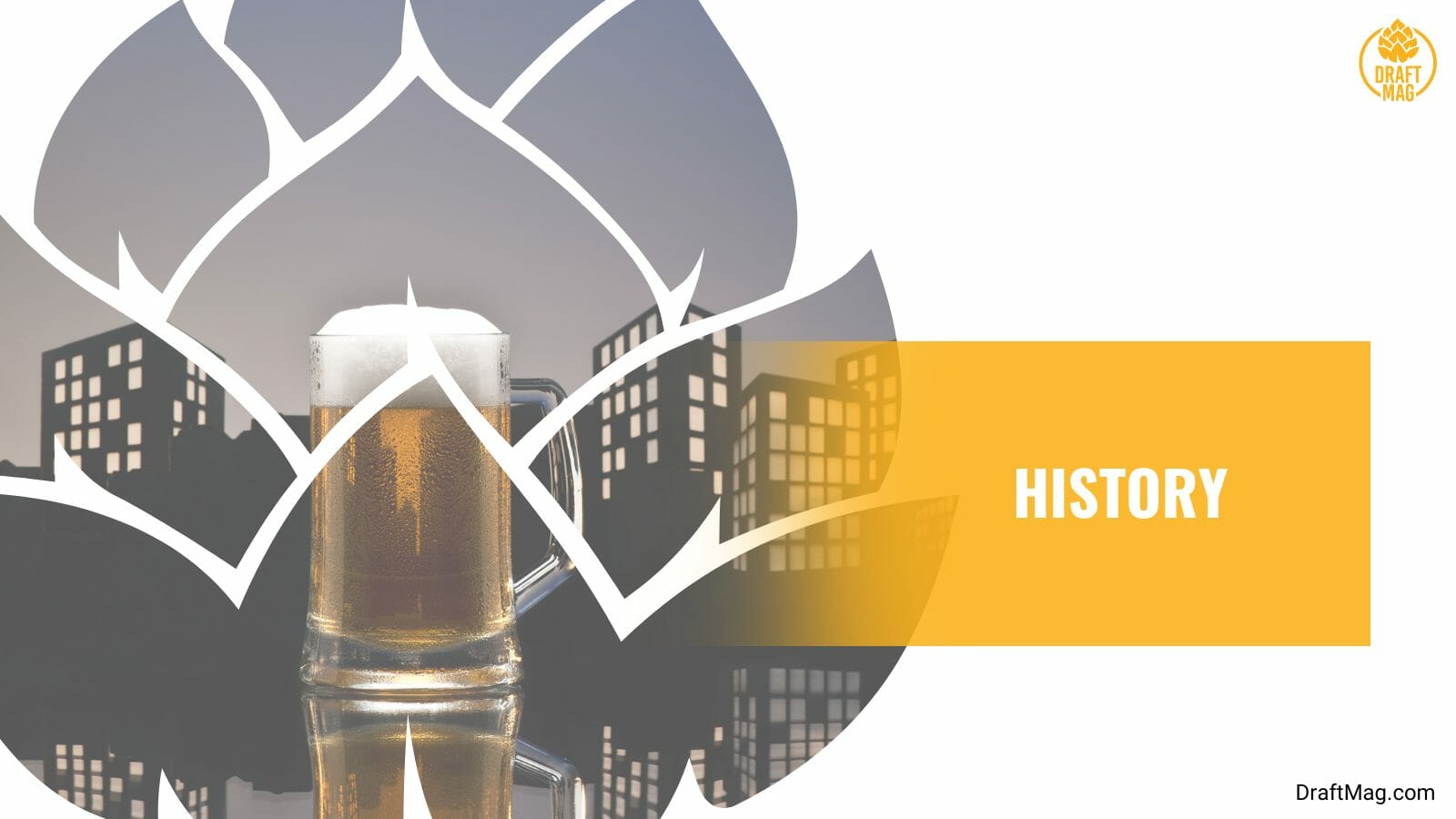 In 1994, 333 beer was introduced to the American beer market and grew popular among American beer drinkers. It is known for its refreshing, simple taste, which many drinkers compare to Budweiser beer and Tiger beer. Currently, 333 beer is the world’s most popular and bestselling Vietnamese beer.

Overall, 333 beer doesn’t fare badly, although it would hardly win any awards. Here’s a quick recap of the points discussed in this review:

While there’s nothing distinctive about this beer, it is a good beer for warm summer days. It has a simple yet refreshing taste that is further enhanced when served cold.