Croatian Beer is famous for its inviting aroma and delicious taste, no wonder about half of the adult population of the picturesque European country are hooked. Statistics indicate that over 90 percent of beers consumed in the country are crafted locally. 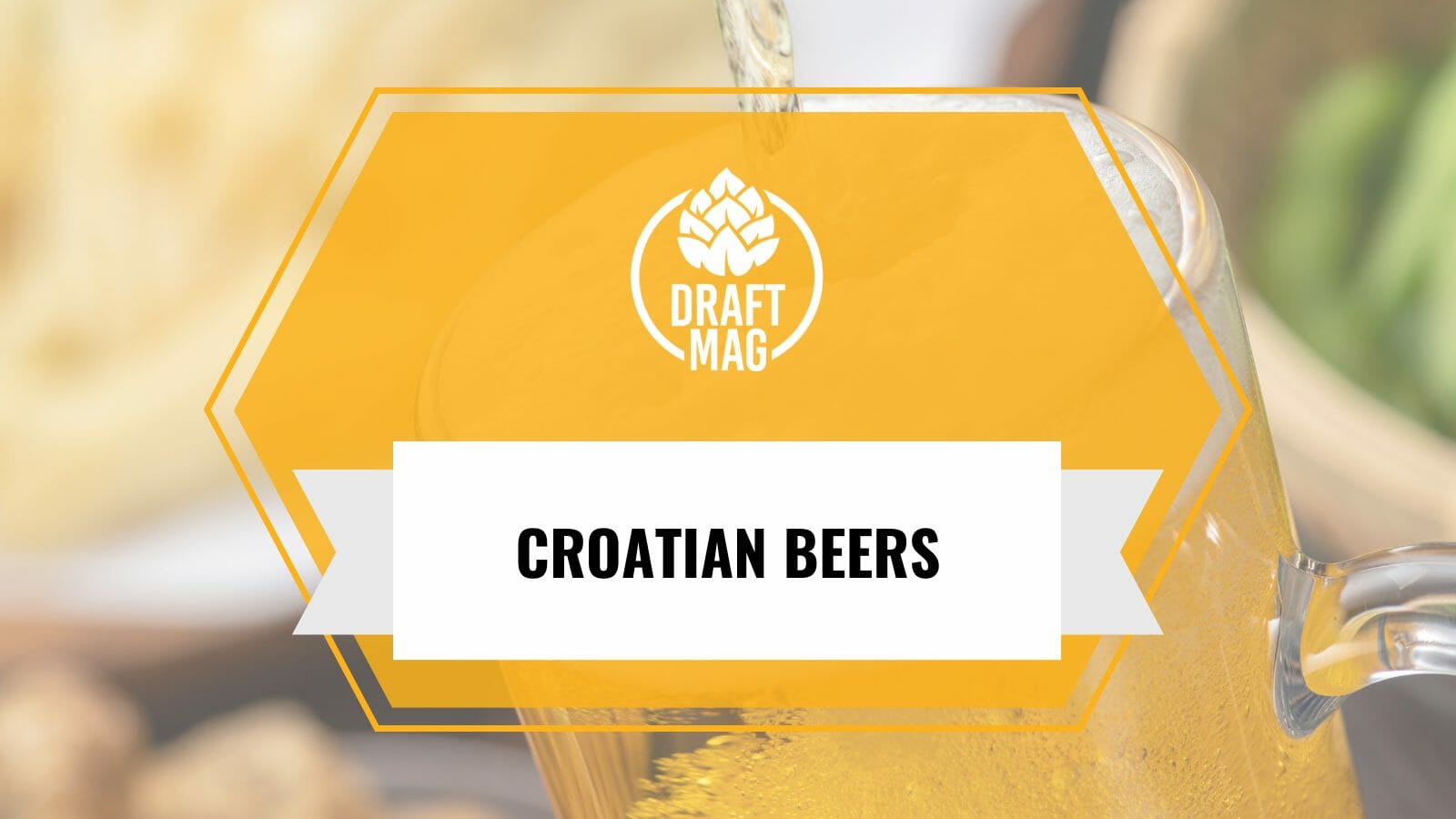 Fortunately, they also give the world a taste of their excellent craft beers by exporting them to other countries including the US. We’ve compiled a list of nine tasty beers from Croatia that you can enjoy this weekend, alone or in the company of friends.

We will analyze the look, taste and feel of the best ales from Croatia, however, note that this list is not in any particular order. Though we try to bring you the most accurate information, other factors may affect your experience with these beers which may be different from our assessment. This doesn’t mean our information is inaccurate, it only means that we have different opinions. Here are the best ales from Croatia:

This beer is crafted by one of the finest breweries in the country, LAB Split Craft Brewery, and has a 5.4 percent ABV. The zesty beer pours a hazy amber color with a small head that dissipates quickly leaving thin lines of lacing. The aroma is floral with hints of pines, citrus, grapefruits, malts and hops. The taste is a bit hoppy due to the Mosaic, Cascade and Simcoe hops used in brewing the ale as indicated on the packaging. 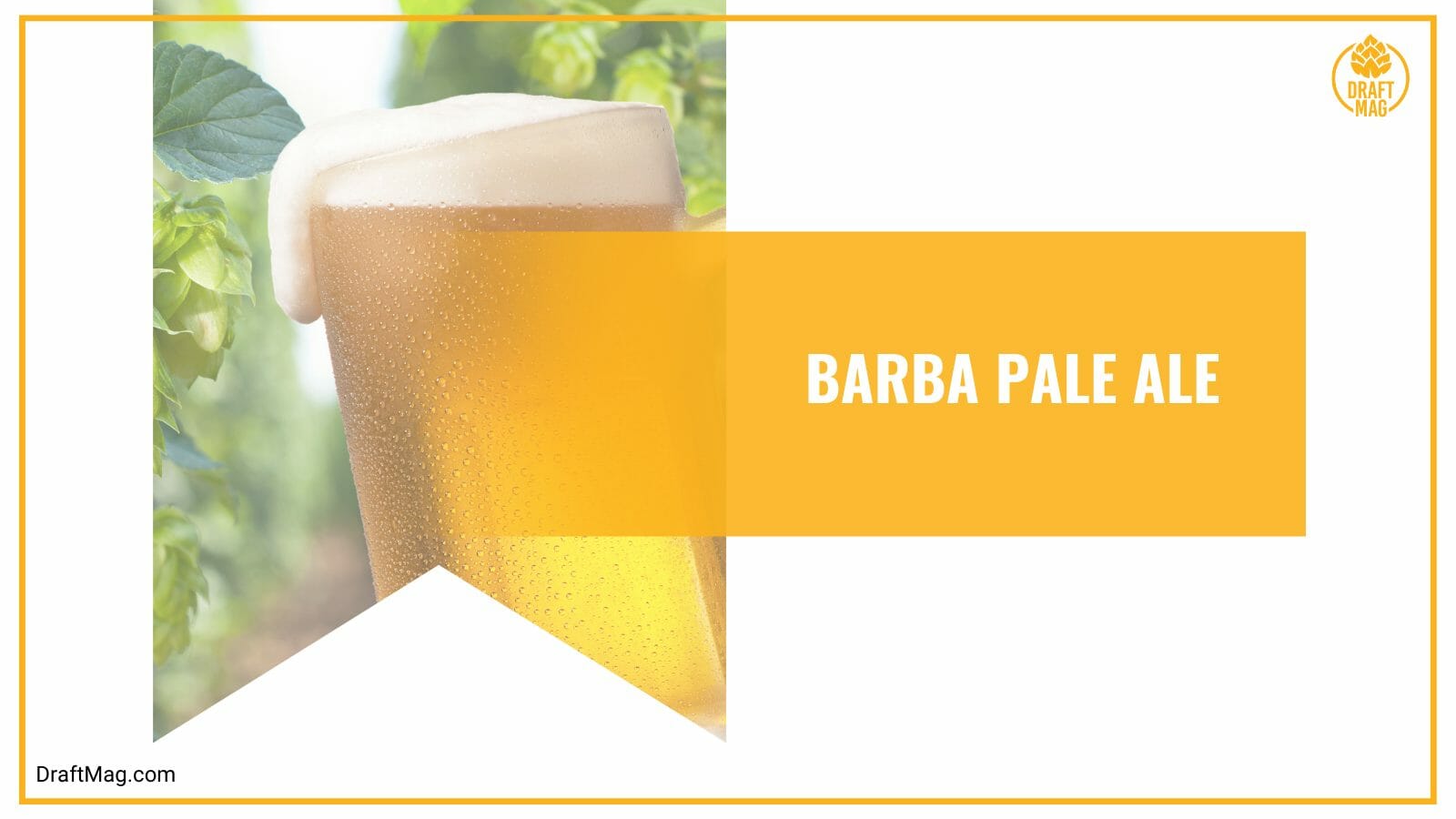 However, notes of fruitiness blended with pine, citrus and grapefruits seep through the flavors. Barba has a nice, rounded and sweet body that leaves a lasting impression on the palate. There is a bit of spiciness at the tail end but overall, it is a drinkable ale reminiscent of a true American Pale Ale. Barba goes down easily and has a semi-dry finish with a slightly bitter aftertaste.

Brewed in the style of Czech Pilsner, the award-winning Karlovacko Croatian beer comes in a green 330 ml bottle and pours a transparent golden color. The effervescence is slightly above average, producing a thin head that doesn’t last. The aroma is malt-forward with notes of candy, dry grass, hops and corn syrup. The taste is dominated by malt flavor with nuances of corn syrup, herbs, hops and some bready dough. 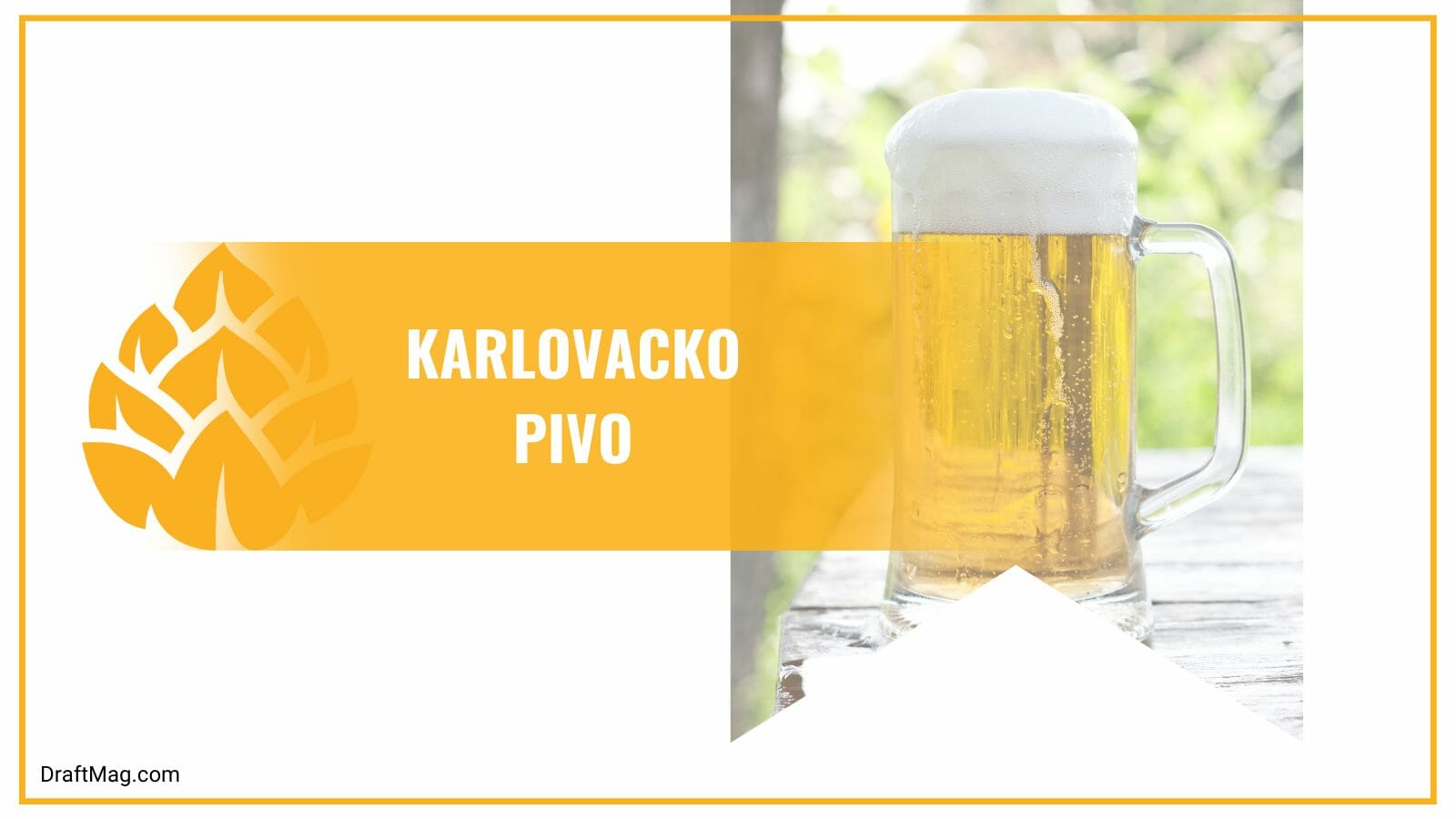 The beer’s ABV is 5 percent and light-bodied with medium carbonation and a slightly bitter aftertaste that lingers. The finish is semi-dry and is crushable on a hot summer afternoon, especially when frigid. It pairs well with cheese and salads and is available in the US at some selected breweries or you can order some online.

This is an American IPA from Pivovar Nova Runda in the capital city of Croatia, Zagreb. The C4 is one of the first ales that pioneered the Croatian craft beer revolution a few years ago and you’ll see why. The beer is named after the famous explosive device due to the dominating flavor of American hops, making it a hoppy bomb. The beer pours a hazy dark orange color with a small off-white creamy head with a few bubbles racing to the top.

The aroma has an intense malty backbone and features tangerine, orange peel, citrus, nuts, passion fruit and mango. The taste is a tad bitter with a bit of sweetness and features flavors of pineapple, pine, malt, grapefruit and citrus. The C4 beer has an oily texture with soft carbonation and a medium body. It goes down smoothly with a dominant bitter aftertaste and light sweetness on the front end of the tongue. 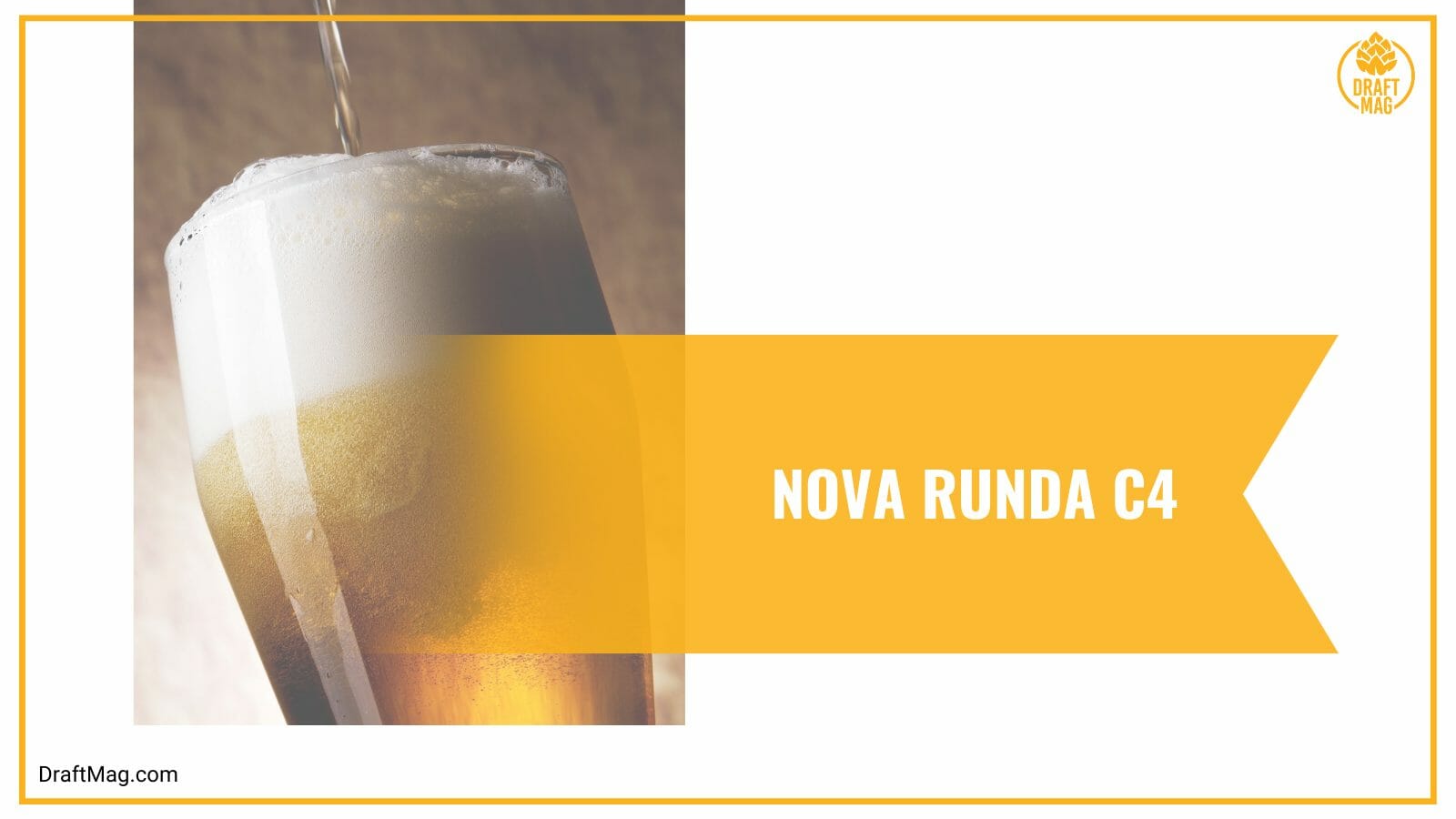 The beer features an ABV of 6.1 percent and 80 IBU, which is a testament to the beer’s hoppy character. It is one of the best Croatian lagers on the beer scene and is great for entertaining guests. We recommend you try downing this ale with a plate of mackerel, mango or burger with a barbecue source and you’ll love it.

Brewed by The Garden Brewery in Zagreb, Imperial Affogato Stout is a Pastry beer that showcases an 8.1 percent ABV and an IBU of 38. The beer appears dark brown with a foamy tan head that takes a while before vanishing into thin air. This light spicy stout smells of malts and hops with caramel, tonka beans, milk chocolate, vanilla, coffee and herbs. The taste is similar to the smell as there are flavors of malt, chocolate, vanilla, tonka beans, coffee and herbs. 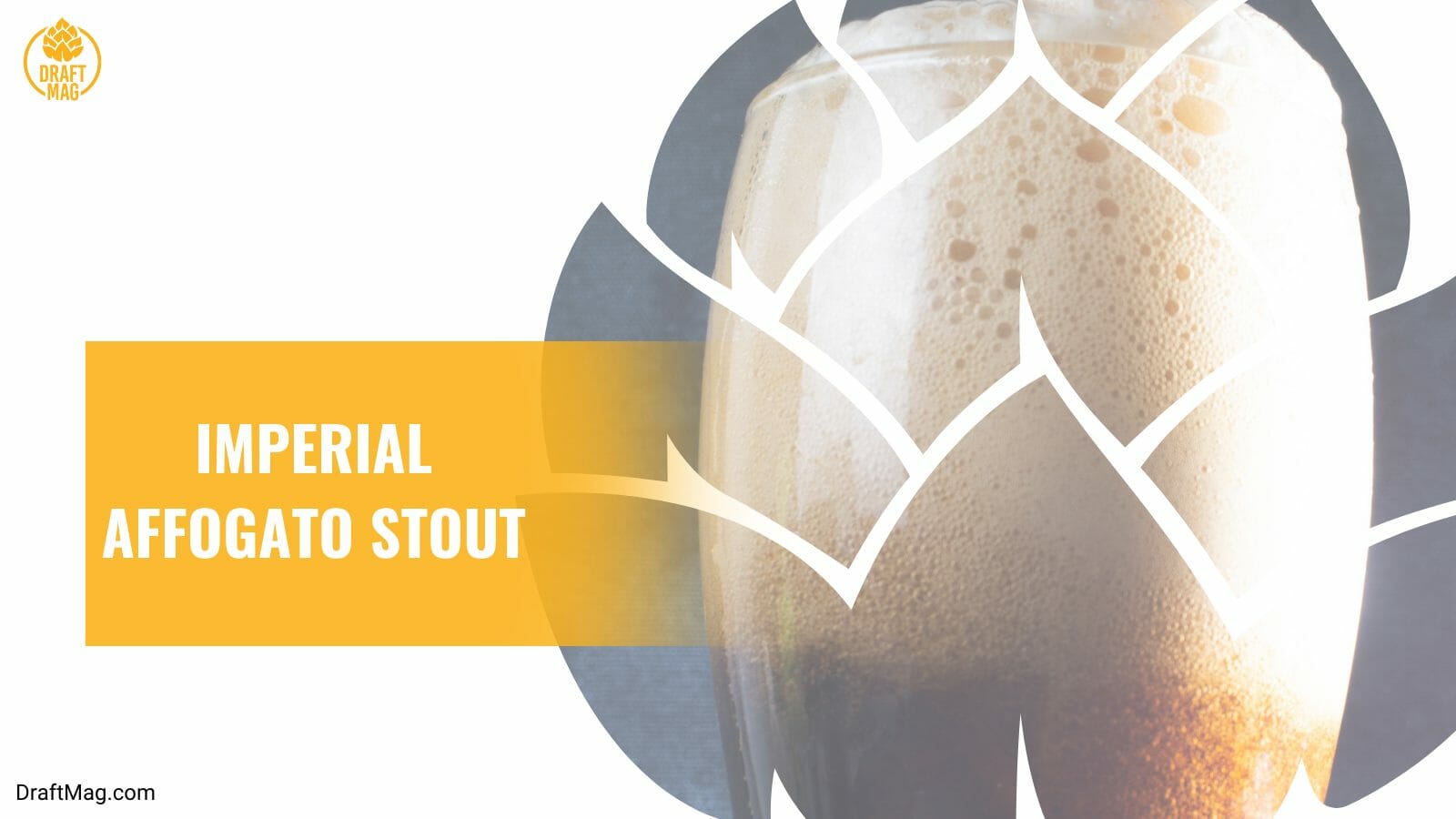 The beer has a light body with medium carbonation and lasts long on the palate. The aftertaste is sweet with a somewhat bitter taste at the tail end. Overall, it is a drinkable ale that goes down well with roasted and smoked foods and is awesome for a sunny afternoon.

Founded in the 19th Century, it ranks among the oldest beers in Croatia and its quality is a testament to its longevity. Brewed by Zagrebačka Pivovara, it is the most consumed beer in the European country with about 11 bottles being consumed every minute. It comes in a 12 oz standard green bottle and pours a pale yellow featuring a frothy head with average retention. The aroma is mellow with notes of malt, sweet corn and some spiciness from the hops. 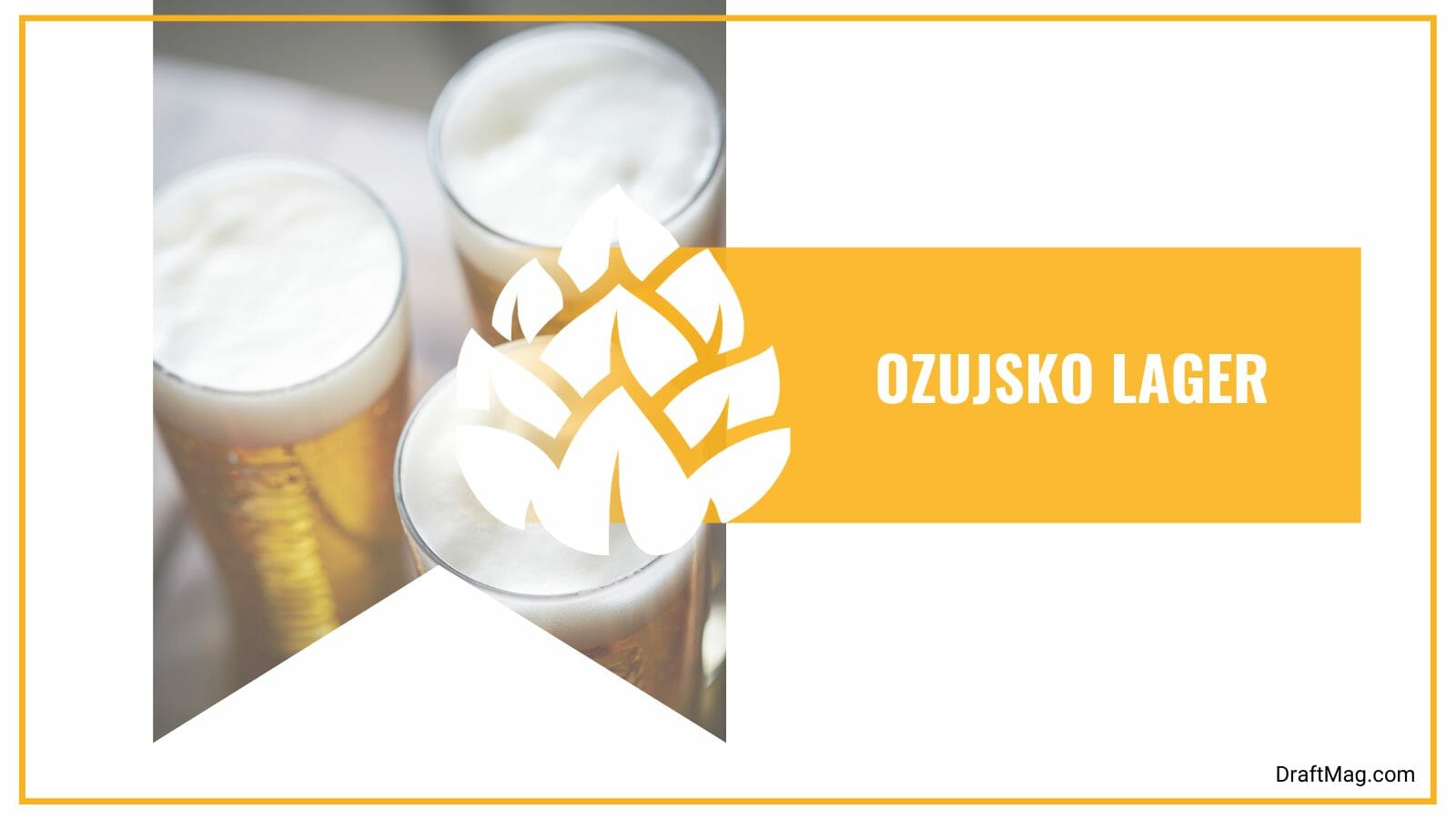 The beer showcases simple flavors of corn, malt and tart – nothing much to “wow” you but still a refreshing ale all the same. The carbonation is light and the body is medium with a semi-dry finish and a slightly acidic aftertaste. It is the fastest-selling brand on the market and has about 40 percent of the market share. If you want a sud that captures well the spirit of Croatia and its long rich history, then this is your go-to beer.

This is another beer from the Zagrebačka Pivara that has stood the test of time and is still going strong. It is brewed in the smooth Baltic Porter style, this ale pours a dark mahogany color with an off-white head that leaves no lacing. The scent features a dominant malt aroma with nuances of berries, coffee and candy while the taste showcases roasted malts and hints of coffee and candy. The mouthfeel is grainy with a medium body, average carbonation and a bitter aftertaste that lingers. 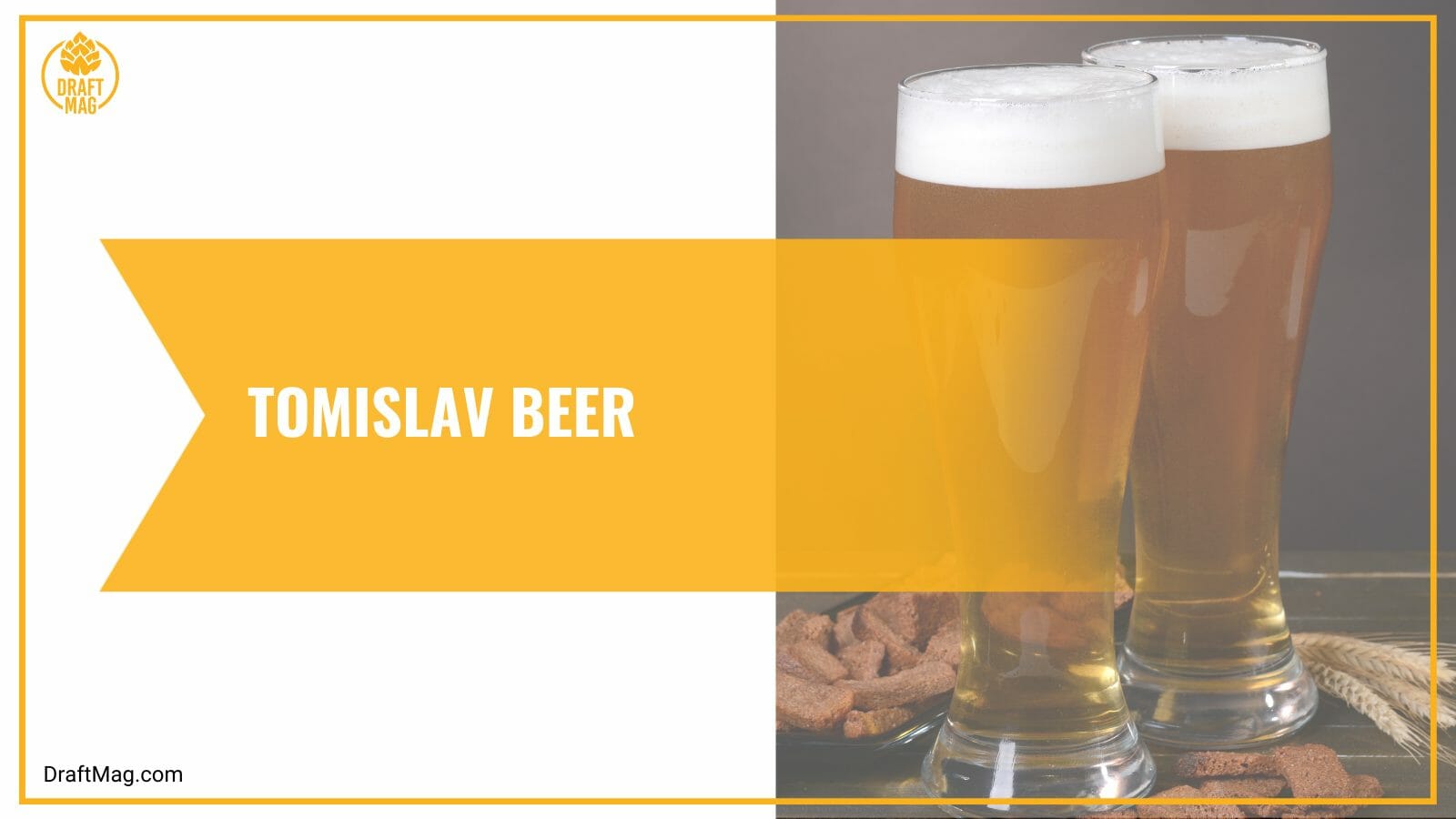 The beer, with an ABV of 7.3 percent, was crafted in 1925 to celebrate royalty and thus it is recognized as a royal beer. To enjoy all the flavors in the goodness that this ale has to offer, we recommend that you serve it at 46 degrees Fahrenheit. It pairs well with roasted and grilled foods such as roasted goose, barbecued beef, or grilled sausage. This is an excellently brewed ale that exhumes quality in every sip and goes easily.

Pan Croatian beer pours a pale amber color with a tall head that has average retention. It is part of the Carlsberg group and exhibits an aroma of musky malt, dusty saltiness and hops. The taste is a little flat with notes of hops, corn and malt. The beer is watery, lacks carbonation, has a metallic astringency and is slightly hoppy, but it is very refreshing and goes down easily with a 4.8 percent ABV. 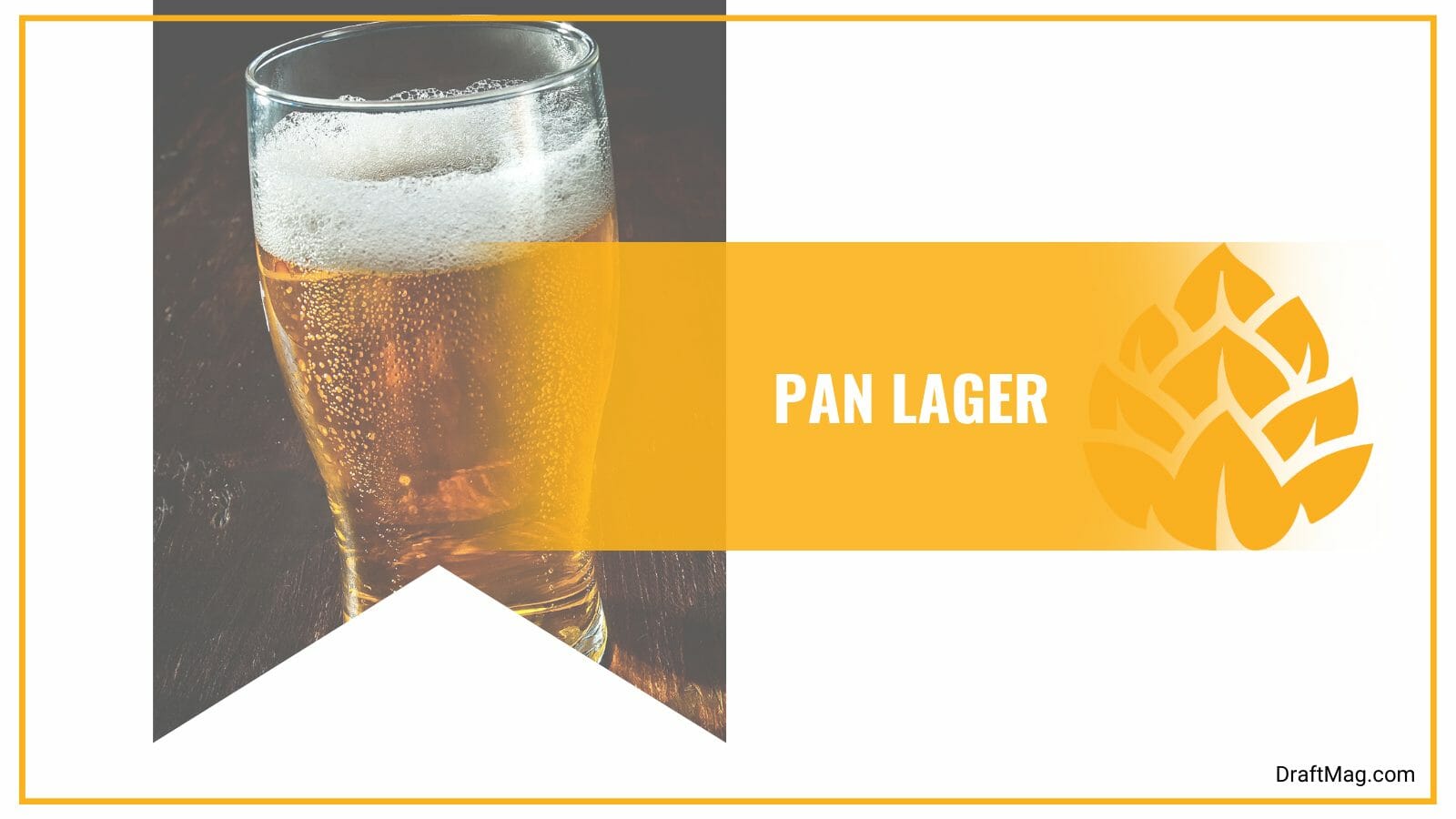 It is not the greatest sud to come out of Croatia but it definitely is not the worst. Don’t expect the aroma and flavor to jump at you, rather, expect a more subdued scent and taste. Overall, it is not a very bad beer but it lacks the complexity expected of pale lagers. We recommend you drink Pan with a spicy dish such as nachos, Jambalayas, or fajitas to savor the taste of the beer.

From the Pulfer Brewery comes this magnificent Double IPA crafted with Hop CO2 extract, Cryo Simcoe and Incognito Mosaic hops. The beer has a hazy golden color with an average effervescence that produces a medium head and white lacing. The aroma features an array of fruits including passion fruits and citrus as well as pine, herbs, caramel and hops. The flavor is similar to the aroma with bursts of citrus, passion fruits, and zesty hops with hints of caramel. 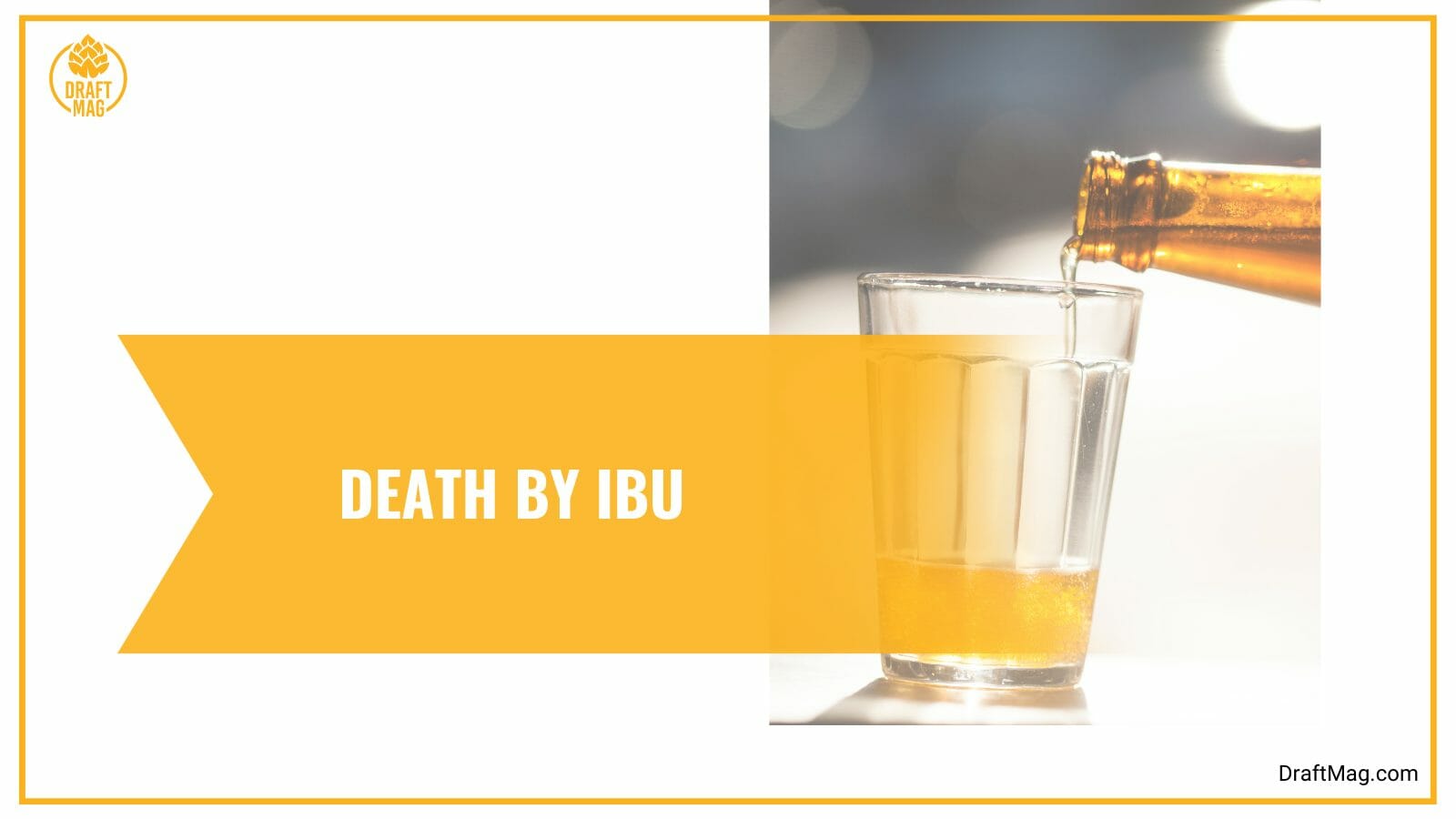 The IBU is 100 and that is implied in its name “Death By IBU,” meaning the beer is extremely hoppy but don’t fret, it is very crushable. The ABV is also slightly above average at 8 percent but the alcohol is carefully masked by the fruity hops so you won’t notice. The carbonation is gentle with a medium body and a nice clean resinous mouthfeel. The aftertaste is bitter which is to be expected, however, there are light notes of caramel sweetness in the mix.

Death by IBU is a well-balanced Double West Coast IPA that exhibits intense aroma and taste. Its flavors are meant to be savored, thus we recommend that you sip it rather than gulp it down. A bottle of Death by IBU with tacos from your favorite diner should make a perfect evening with you and your friends.

This American Imperial Stout is made with chocolate, oats, wheat, and Crystal T50 and hopped with Magnum and Mount Hood. It pours a pitch-black hue, featuring a long-lasting frothy beige head which leaves behind beautiful lacing. The aroma of burnt sugar is unmissable with hints of chocolate, roasted malt, vanilla, nuts and coffee. The beer features a mixed flavor of candy, vanilla, milk chocolate, roasted malt, hazelnuts, dark fruits and well-hidden alcohol. 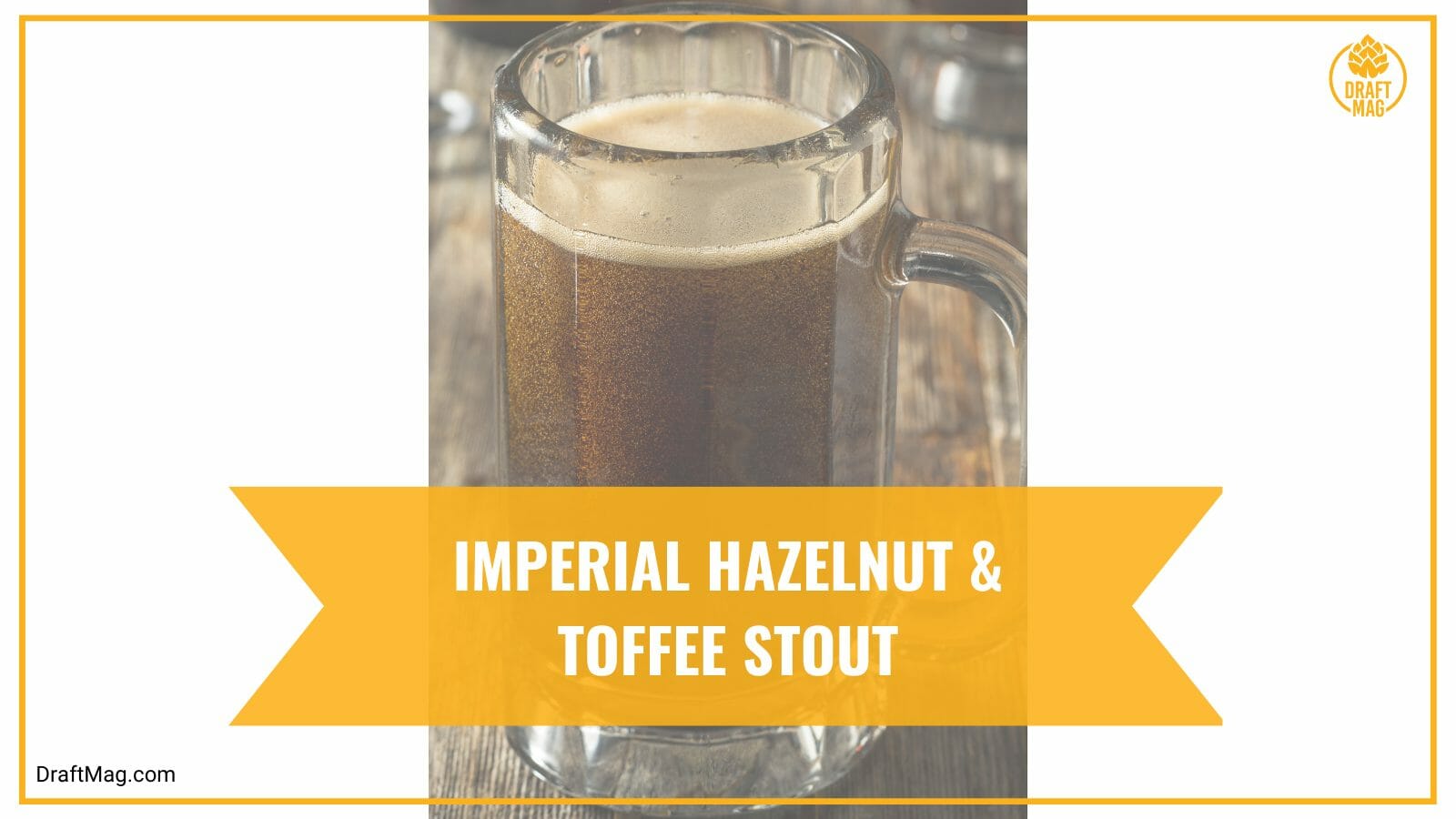 The mouthfeel is creamy with a lively carbonation that becomes obvious as you drink more. It is a sweet American Imperial Stout, though not too sugary as the hops do a good job of balancing the sweetness. It has an ABV of 9.4 percent, however the alcohol is not too pronounced as to disrupt the taste. Overall, it is one of the finest Croatian beers on the market and goes well with a juicy steak or seasoned pork.

Beers from Croatia rank among the best suds in Central Europe due to their alluring aroma and exquisite taste. We have compiled a list of the most delicious ales from Croatia and here’s a summary:

Other notable suds include San Servolo Lager, Russian Pirate, Vanilla & Chocolate Porter, Zmajska Pivovara and Tama, but none beats the nine beers we’ve covered above. Therefore, go ahead and grab one of these ales by typing “where can I buy Croatian beer near me?” into any search engine to make this weekend a memorable one.