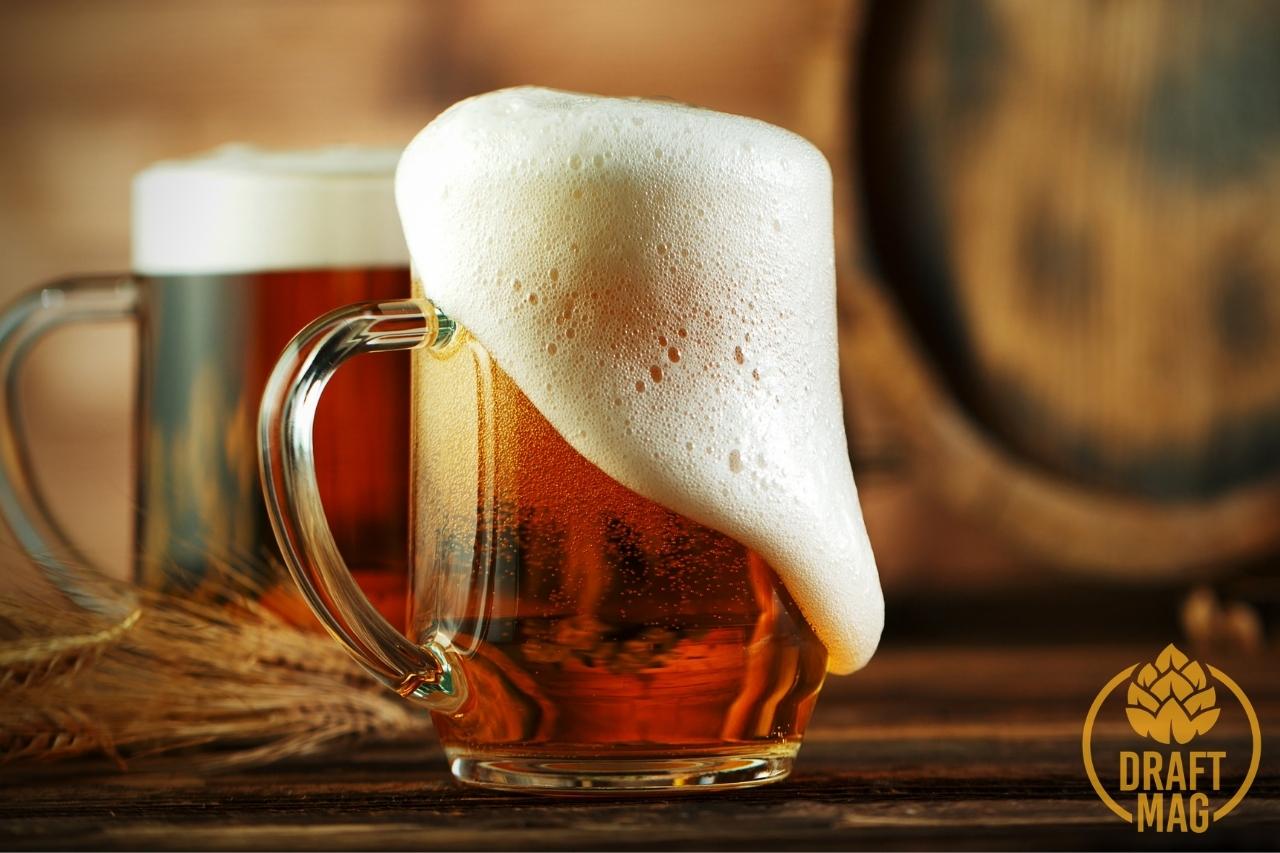 Beer head is what’s left of your beer after you finish drinking your beer. It is the frothy, foamy lacing around the edges of your glass. It sits right on top of the beer like a crown, making it look inviting and taste just right.

Since you’re curious, let’s get into all there is to know about beer heads.

Head on Beer: What Is It and What Causes the Foaming?

A beer head is that frothy layer of bubbles on top of a glass of beer. It’s less dense than beer, that is why it floats above and protects a drinker’s lips from getting wet.

Moreover, the beer bubbles in beer heads are caused by carbon dioxide. Technically, when a CO2 molecule is surrounded by water, it forms into tiny spheres held together by hydrogen bonds.

Other substances apart from CO2 can also be responsible for head formation in beer. For instance, proteins produce temporary structures that fall apart quickly and yeast polysaccharides may stick onto existing bubbles before falling away.

However, the CO2 bonds are powerful and are very difficult to pull apart. This implies that your glass of beer will most likely to spot a head as long as it remains carbonated. Beers don’t easily go flat and losing their bubble structure unless they no longer have CO2 in them.

Froth on Your Beer: Benefits and Significance

Froth on a beer is a sign of a good beer. The foaming beer means that you’re about to enjoy properly brewed beer that underwent complete fermentation and oxidation.

A slight level of carbonation exists between your glass and lips, protecting your mouth from flavorless water or just flat beer. While some beers have significant amounts of froths, others may have less. It’s best to consume most beers when they still contain a healthy amount of froth.

The beer foam will tell you if your brew can retain its flavor over time while providing texture to complement the taste. Foam in your beer is also vital because it ensures freshness and a great taste. The thicker the foam spotted on your beer, the higher the carbonation level.

How To Check Froth Level in Beer: Carbonation vs. Clarity

First, you must check before deciding if your beer has excess or insufficient head. Beer is usually carbonated with CO2 gas. Nevertheless, when beer has been stored at cool temperatures for too long, that CO2 can escape from your beer through effervescence.

Following this, you should check for clarity: if you have leftover yeast or other particles in your brew, they will show up as haze or clumps of hop on top of your pint. It might look like there’s excess head, but it’s just leftover sediment from bottling or fermentation. This emplies, that if your beer is too clear, there is a low level of carbonation in the beer.

Too Much Head in Your Beer: How to Identify and Fix It

There is a simple way to test if your beer has excess head on it. If you notice after pouring that there is too much foam on the glass, or if you are trying to fill a glass with beer and no matter how much you pour, all that will give you foam with very little beer: then there is probably too much head on the beer.

You don’t need to panic when that happens since it’s pretty easy to fix!

All you have to do is to pour off some of that foam. Beers usually taste better when consumed with just the right amount of foam. Also, keep in mind that different beers have different levels of carbonation and head.

What Is the Perfect Level of Beer Head?

Though it depends on your taste and preference, a typical beer head is full and foamy, staying attached to its body. Lagers tend to have big heads due to their high carbonation levels and lack of hops. Hence, if you’re going for aesthetics, grab a lager. If your goal is a great beer with a medium amount of foam, go for hoppy beers.

If your chosen brew looks like it has too much head, wait for it to settle down before taking your first sip. Alternatively, you can try tilting your glass toward you from time to time as you drink. Tilting your glass increases surface tension in the beer which should cause some bubbles to dissipate and release excess foam.

Excess Beer Head: Does It Have Any Effect on the Body?

Some people are too concerned about the carbs in beer along with the calories that they write off anything with a creamy head or high foam retention. The truth is, too much head in beer doesn’t harm the body. It makes you feel a little buzzed and maybe gassy. But beyond that, there is no terrible or long-lasting effect.

You should also note that while moderate drinking is encouraged, excessive drinking is not advisable for your health and mental state. These effects have nothing to do with the beer foam. Although there are no health consequences, too much foam in beer can impair your beer-drinking experience in several ways.

First, it reduces the quantity of beer you consume from a glass of beer. Second, excess foam can stick to your face when you’re drinking, causing your face to look all wet and nasty after. Finally, some beers just don’t pour well with foamy heads; Guinness is one example, but there are plenty of others.

Too Much Foam in the Beer? Here’s What To Do

When pouring beer into a glass, you should pour it carefully to avoid splashing the beer around. Always let it settle before taking your first sip. If there’s too much head on your glass, you can spoon it off or just drink through it.

Note that different types of beer have different carbonation levels, so it’s essential to read up on pouring techniques for specific brands. A general rule is: the heavier and stronger-tasting beers are served cold with less foam than lighter-bodied brews, which are served at warmer temperatures with more foam atop them.

Froth in a Beer: Can We Do Without It? 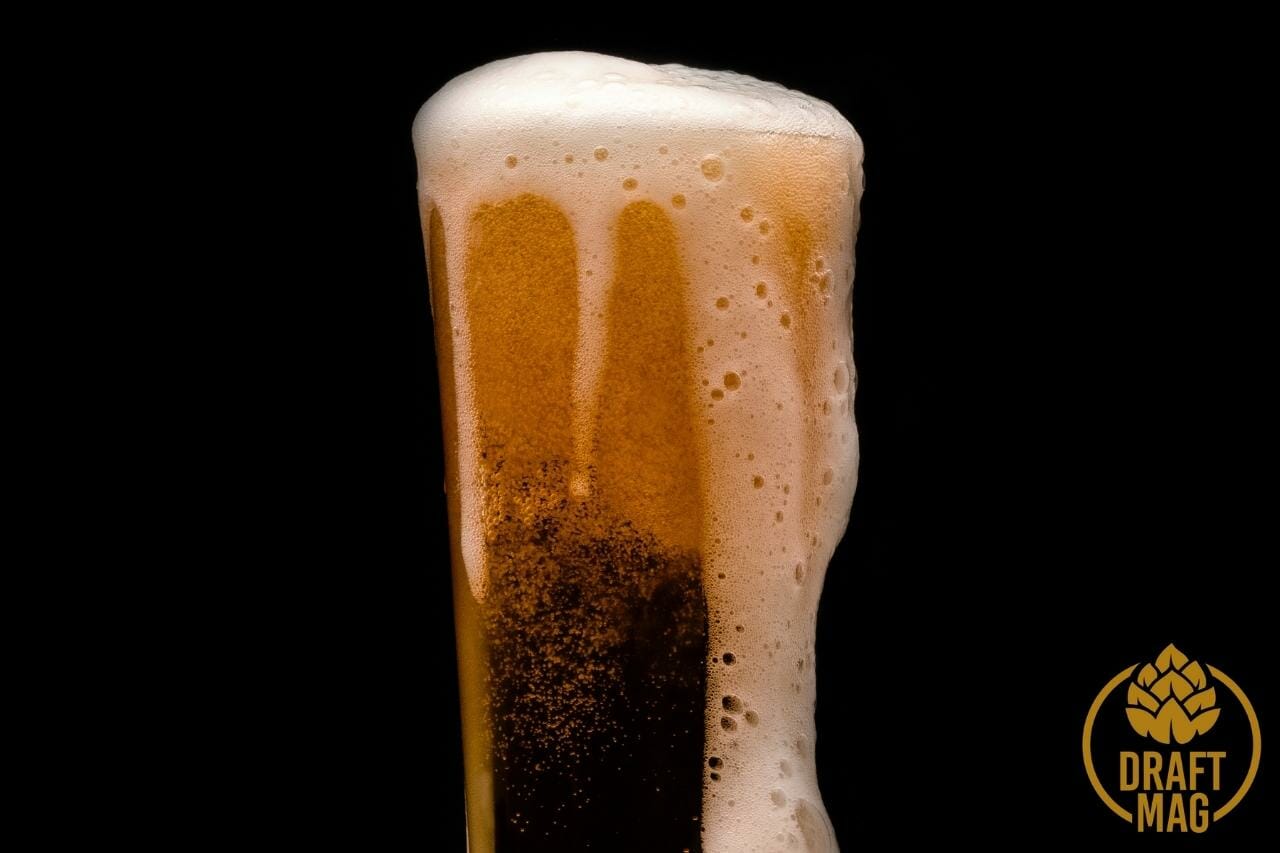 The foam on beer adds texture and character to your drink. The taste is different than if you were drinking it without foam, just like eating something raw versus cooked. It’s almost as if you’re eating a steak without any seasoning – it’s kind of boring! There is also an aesthetic appeal with beer foam.

The way it goes down your glass or into your mouth is beautiful in its own right. Many people choose foamy beers over flat ones, perhaps for these reasons alone.

How To Pour a Pint: Serving the Perfect Beer Head

The beer style you plan to drink determines how you should pour a pint. You should aim for a thicker head if you want to pour beers like Belgian Wits or Pilsners.

To get that thick head, pour the beer into the glass with slightly more force than usual. The force will cause an initial head to appear then you can gently add a little more beer for a clean finish.

If you plan to pour beers like Porter or Stout, you should aim for an even beer head. To achieve this aim, first, pour half of the beer into the glass and wait for a few seconds. Next, pour the remaining half to create a new beer head.

For Nitrogen-carb beers, you aim to create a very thick foam. To achieve this, ensure you pour the beer as hard as possible to generate maximum foam. The process will also enhance the aroma of the beer.

Many people have wrong notions of the beer head, its function and its uses. Below are some misconceptions people have about beer heads. Don’t worry, we’ll also clear up all of the wrong ones.

While carbonated drinks can increase weight, the chances of gaining weight through beer head alone are very slim. There is a bigger chance of bloating when you drink irresponsibly. Tasting beer foam alone is not enough to make you feel bloated.

– Too Much Beer Foam isn’t Necessary

The preferable size of the beer head is more about personal preference. While some may prefer shorter heads, others would rather go for longer heads. No matter your preference, always ensure that there is adequate beer head in your drink for the best drinking experience.

– Beerhead Is Only for Aesthetic Purposes

While this is correct, it doesn’t mean beer heads are simply for aesthetic purposes. Some other benefits of beer heads include protecting the beer from germs and dirt, improving the taste of the beer and adding a creamy feel to the beer.

– Only Beers With Long-lasting Heads Are Good 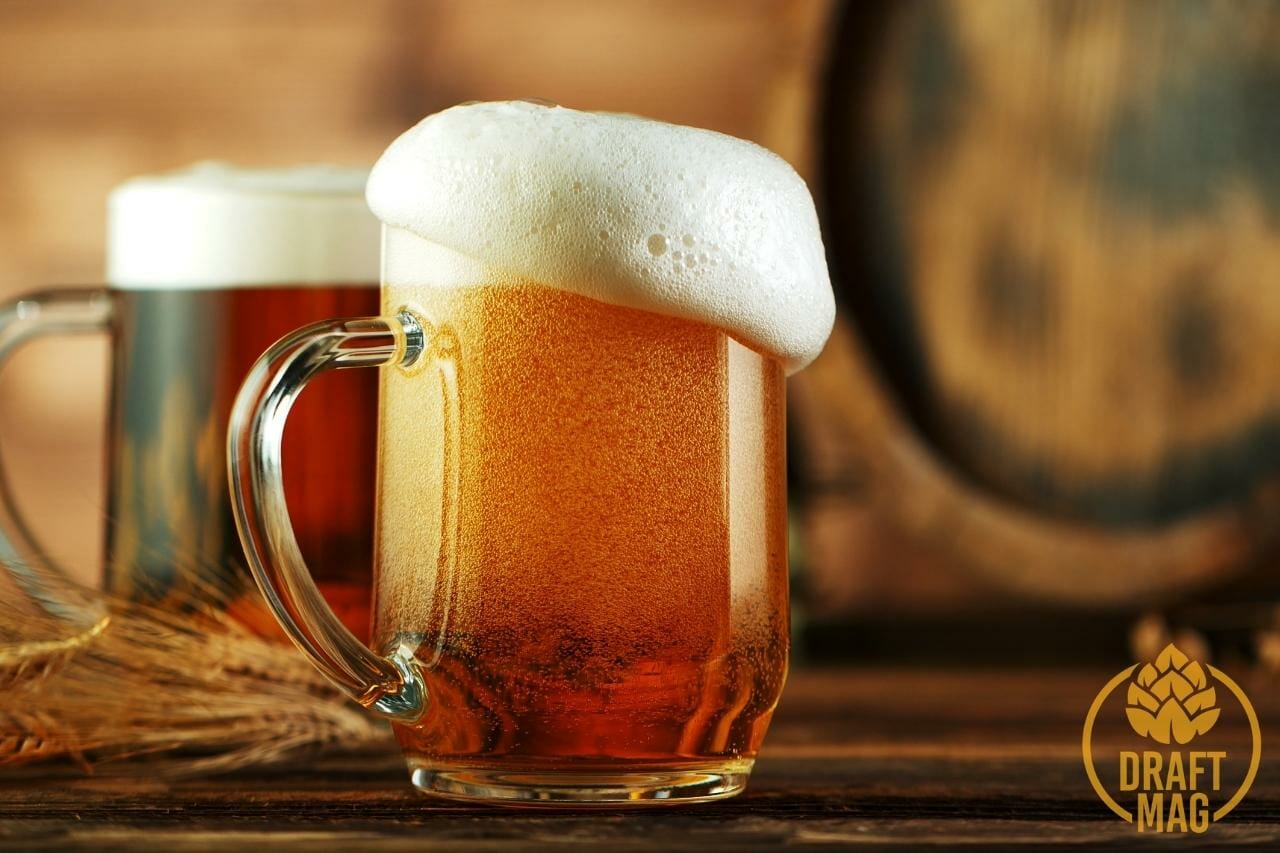 Here’s a quick review of what we’ve discussed in this article:

Excess carbon dioxide in your beer causes the beer to create its carbonation, which leads to over-carbonated beers. Too little carbon dioxide makes your beer tasteless. Moderation is key. This article covers all you need to know about getting the perfect beer head.