Does beer have sugar is a major concern for all health-conscious drinkers. All beers, no matter what their type, contain malt grains, yeast, water, hops, and other flavoring agents. 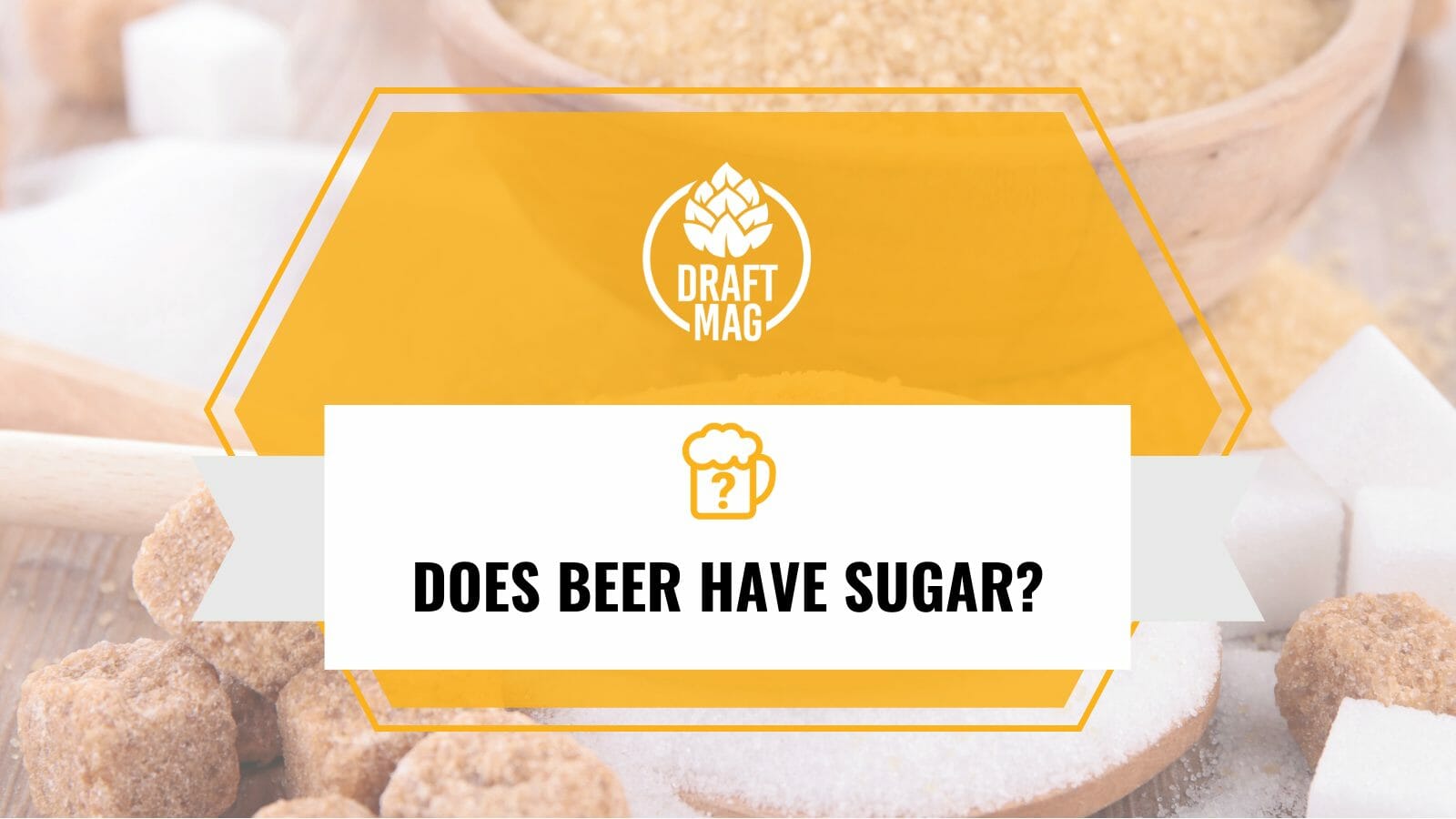 Even though no sugar content is directly added to beers, the grain malts and yeast can react to form sugars during the brewing process. Let’s learn more about sugar levels in beers.

Yes, beers contain sugar, but even though it has a lot of grain malts, it does not generally contain a high amount of sugar. This is because the sugar in the beer wort or the raw beer liquid is converted into alcohol content with the fermentation effects of the yeast.

This leads to the low sugar level in alcohol, even when the level of calories and carbs is generally on the higher side. This holds true for most brands and styles of beer.

The main question here is how much sugar does an average beer contain, and how does that affect the general taste of beer? If you are not on a strict diet or do not have health concerns, sugar levels may not be important. But there are a lot of camouflaged sugars in beer that can be a cause of concern for some people.

Most beers are filled with more than 80 percent maltose sugar compounds containing disaccharides, and the rest of the 20 percent is mostly made of oligosaccharides.

– Effects of Sugar in Beer on Body and Health

84 percent of people think beer is high in calories and carbs and leads to a lot of weight gain. But as a matter of fact, beer contains very little sugar. Many beers even have very few carbs and calories, especially the super light lager beers. 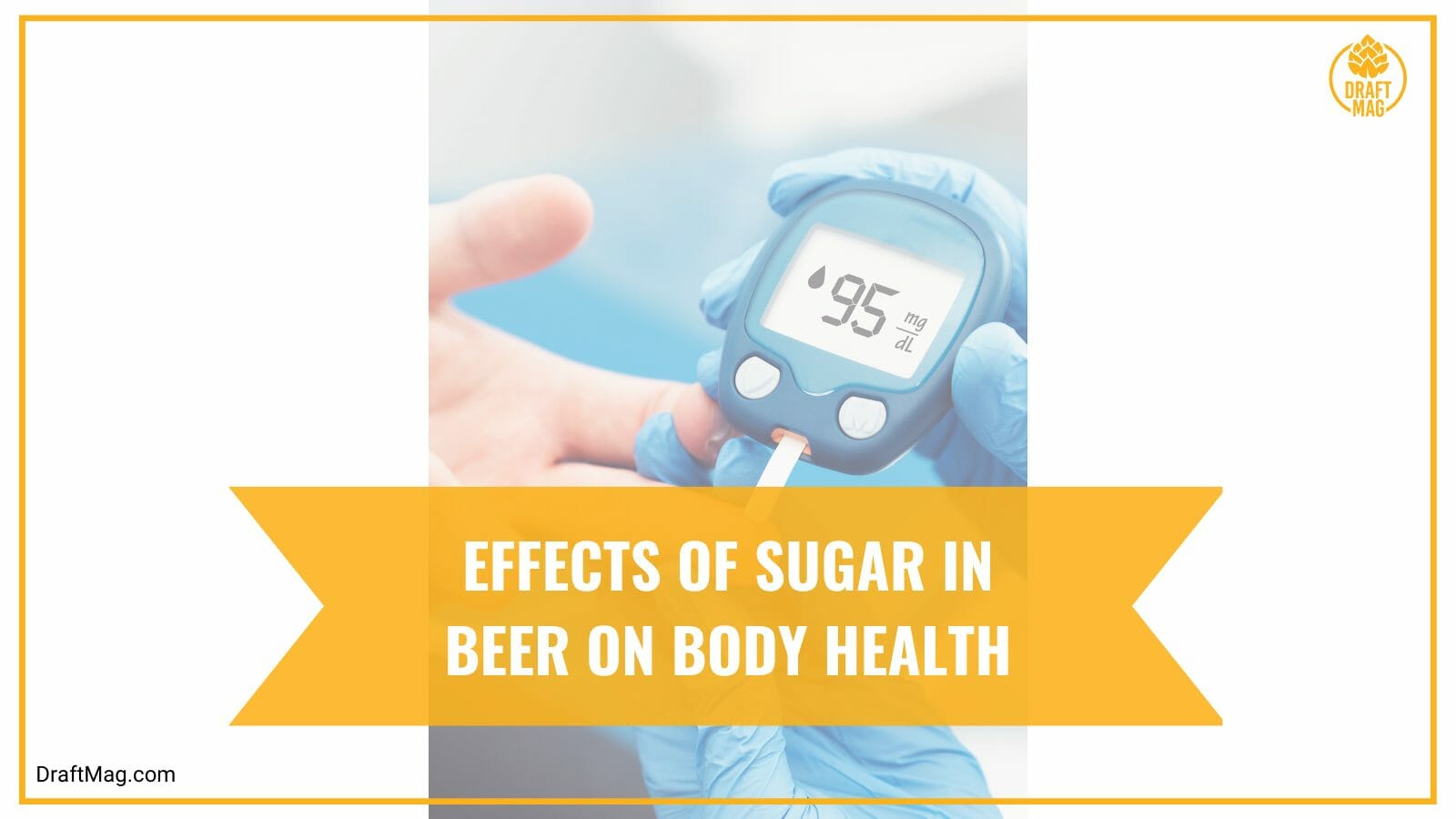 As is evident, many mixed drinks and liqueurs have more sugar content than most beers. This is because these drinks have a lot of soda and excess sugar to enhance the drink’s flavor and make it consumer-friendly. Consuming sugar in large amounts can lead to a lot of health hazards and increase sugar levels considerably.

There are many other drinks that pose this threat, but not beer. However, beer has medium to high carb and calorie levels, which can be harmful if consumed in large quantities for a long period of time.

Although beer does not contain a large amount of sugar, it is always best to drink moderately as drinking a lot of any alcoholic beverage is also detrimental to the health. Make sure you know your alcohol limit and stick to it in order to avoid any health problems or repercussions.

Even though most beer bottles do not specify any sugar content, the question arises: where does the sugar come from? The sugar content in beer depends on a few things, like the final gravity, the type of yeast used, and the flavoring agents. Many beer varieties nowadays use honey or corn syrup for additional flavor, which can cause sugar levels to rise.

The primary ingredients in beer contain malt grains, yeast, hops, water, and other flavoring agents. The sugar content comes from grains because most grains are very high in sugar levels. But the process of brewing and fermentation and the beer’s final gravity determine the beer’s final sugar level. 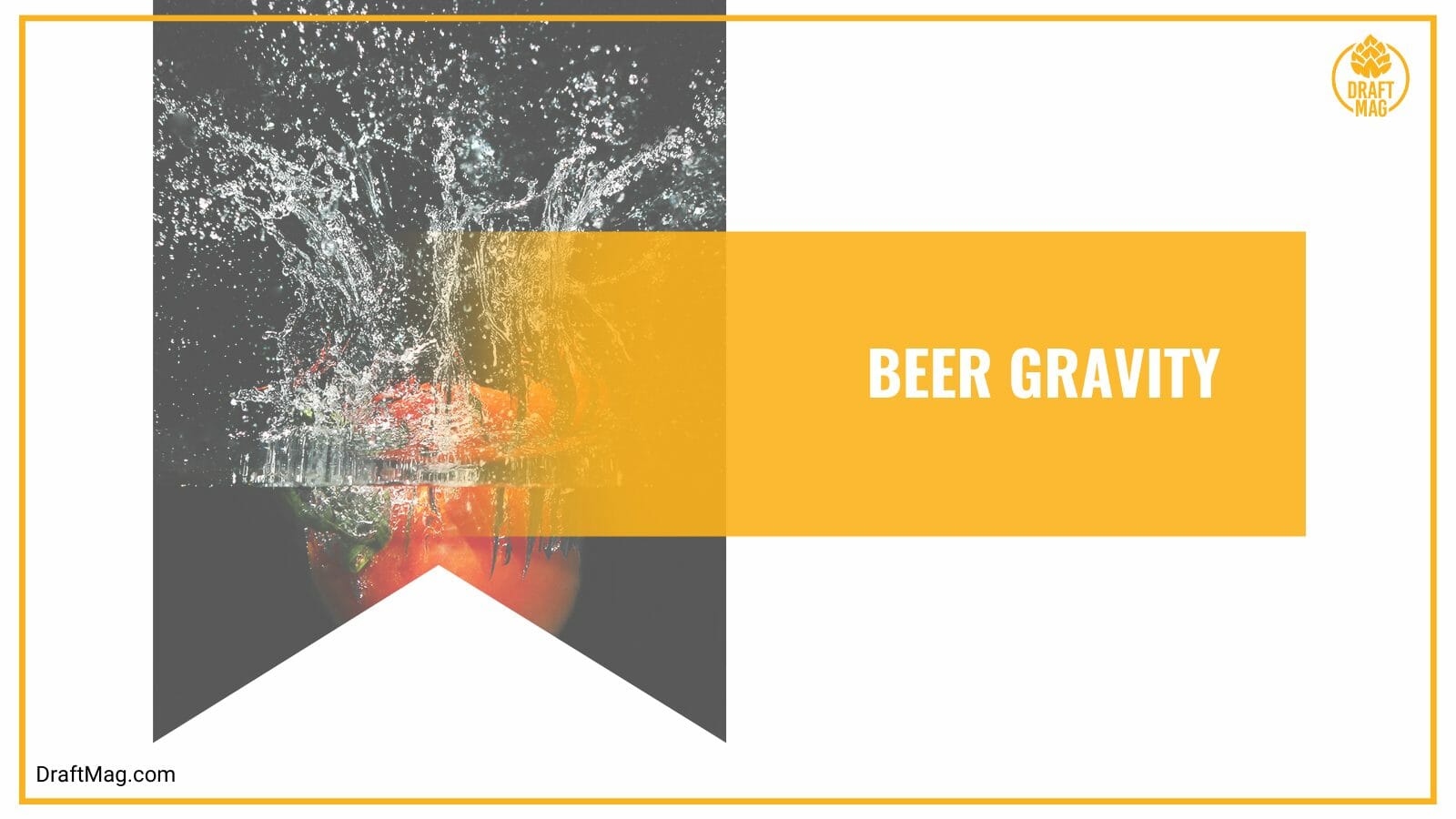 Wort extraction during beer processing has a very high beer-gravity during the primary stages of fermentation. After the yeast is added to the wort, the sugar compounds start breaking down. Slowly, the alcohol level increases and the sugar level goes down considerably.

The hops in no way contribute to the beer’s sweetness, but all the other ingredients play a part. The beer’s final gravity is generally very low when the alcohol percentage increases, pushing down the sugar levels. All beers have an initial and final gravity meter; the difference between the two clearly indicates the sugar levels of beer.

A major myth in a play about beer is that most beers are high in sugar since they are high in carb levels. However, this is far from the truth. On average, every 100 milliliters of beer contains only 0.03 ounces of sugar. Any normal non-alcoholic beverage contains more sugar than beer.

Both ales and lagers are two different broad beer categories. Their main difference is in the type of yeast used during fermentation. This also leads to a clear division in sugar levels in beer. All ale beers are made from Saccharomyces cerevisiae strains or top-fermenting yeast. In contrast, lager beers use Saccharomyces pastorianus, a bottom-fermenting yeast. 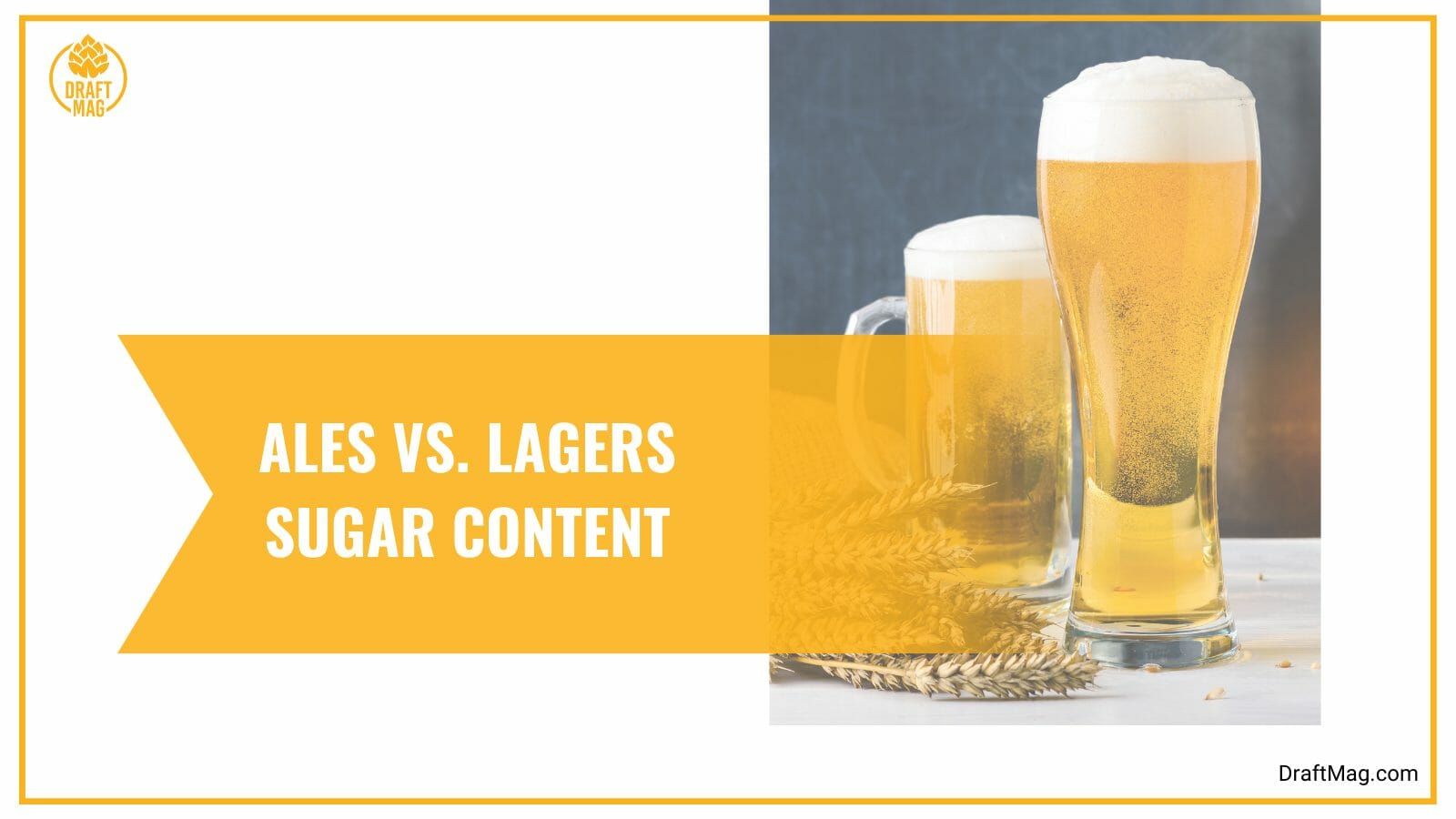 The yeast’s efficiency in breaking down sugar compounds is what finally determines the sugar level. This also includes the brewing temperature of the yeast. Once the yeast has reached its optimum level, the alcohol generation and sugar breakdown stops. Once the alcohol content gets too high for the yeast to keep working, the fermentation also stops.

How Much Sugar Do Normal Beers Have?

Most beers have very little to no sugar content, but in the USA, most beer companies are not obligated by the law to report or write their sugar content. Sometimes, the sugar level can remain unknown to the drinker, and many consume a lot of unknown sugars in the process.

Here is a quick look at the sugar levels of the most common American beers. The list below is made for a standard sugar level In 12-Ounce (0.33 L) beer of the brands.

There is no proven link between sugar levels in blood and alcoholic drinks, even beer. No medical advice says that people with diabetes and high levels of sugar need to cut down on beer due to health hazards. But it is also suggested that people with diabetes should be light drinkers in general since many alcohols have a lot of sugar in them. Even some beers have a certain percentage of sugar in them, especially non-alcoholic beers. 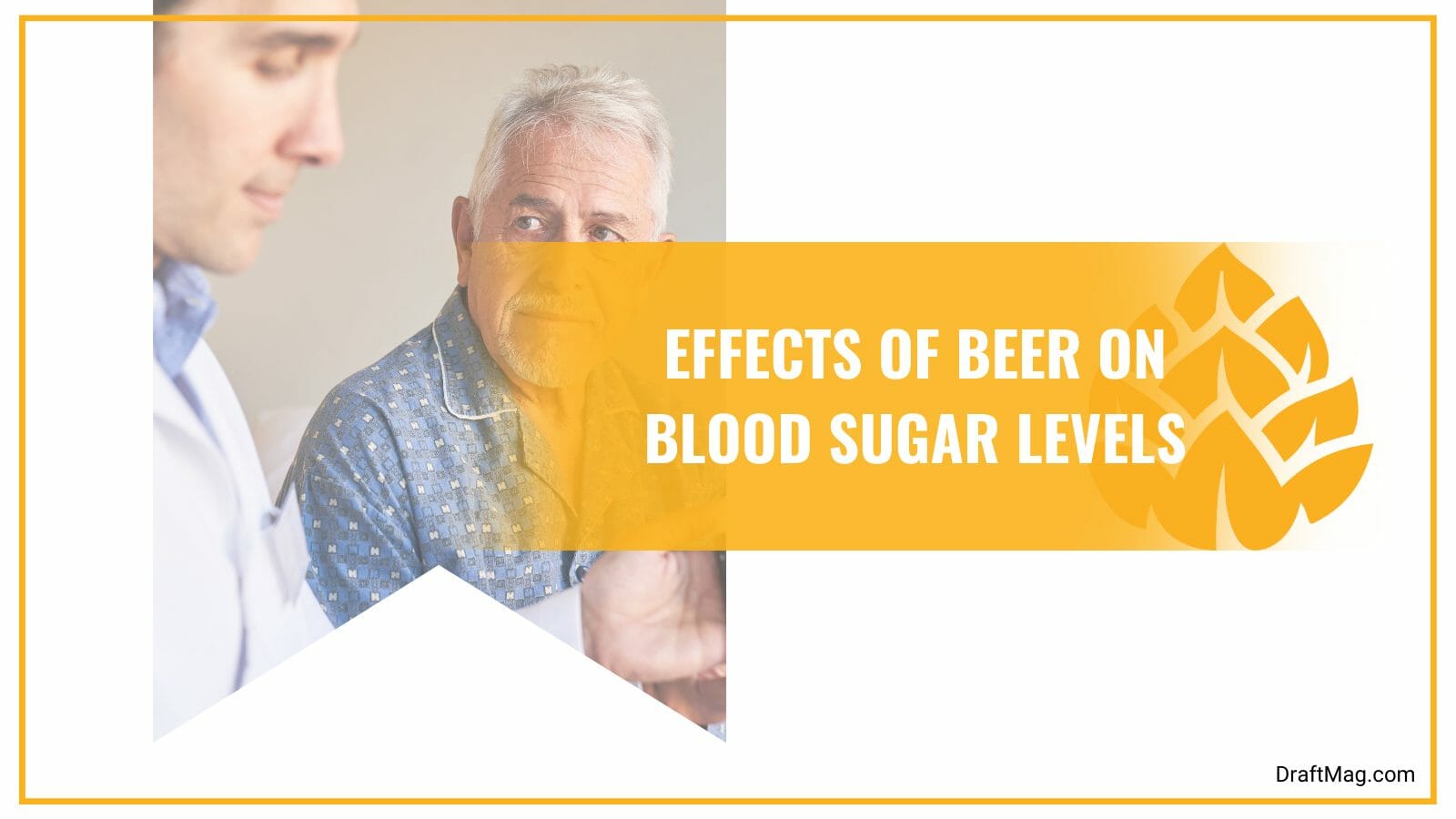 Why can alcohol be harmful to people with diabetes in some cases? This is simply because alcohol or beer competes with the liver’s ability to produce glucose for your body. This can lead to the body running on very low sugar for a very long period and cause health issues.

– Does Non-alcoholic Beer Have Sugar?

Since the process of fermentation and alcohol making is absent in non-alcoholic versions, their sugar content is relatively high. Hence, people with health issues are advised not to consume too much of these kinds of beverages. Once the alcohol is removed from any drink, other sugary elements are added to make it flavorful, leading to the high sugar levels.

– Is There a Sugar-Free Beer?

Yes, there are some beers that have none to negligible amounts of sugars. Some options are Miller high life, Miller lite, and Coors Banquet. These beers are a great option for those who are trying to watch their weight and want to cut back on their sugar intake.

– Which Has More Sugar, Coke or Beer?

You might be surprised to know, but Coke actually has more sugar than any average beer. 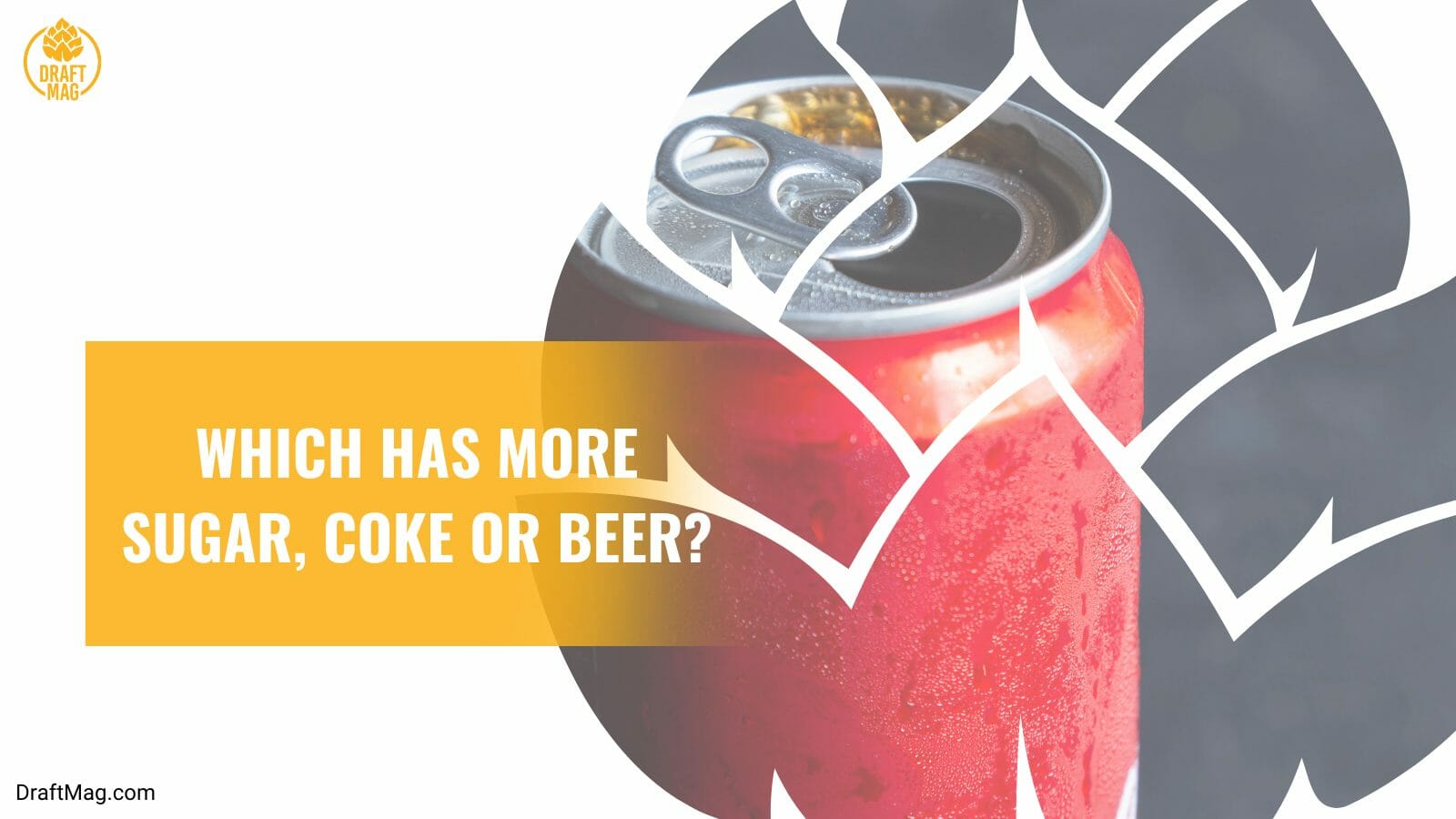 – Is Beer Harmful for Health?

Any alcoholic beverage can be harmful to health if consumed in large quantities for long. Beer does not stand alone in this. Drinking beer in controlled amounts is always best to avoid health hazards, so remember to always drink in moderation.

– Is Light Beer High in Sugar?

No, light beers sometimes actually have a little more sugar than strong beers. This is because the lesser the alcohol level, the less the sugars have been broken down, hence the higher sugar levels.

– Does Wine Have More Sugar Than Beer?

Yes, many wines have more sugar than beer because they are mostly made from grapes, and many winemakers also add sugar to make wines sweeter. This is very different from the way beers are made. Beer brewers generally do not add additional sugar, hence beer is much less sweet than wine.

Is the sugar level in beer the same as all alcoholic beverages? The answer to this is no. Any average beer is much dryer than wines because of its lack of sugar. Take note that there are also different levels of sugar content depending on the type of beer.

In this complete guide, we learned all about the sugar levels of beer. Here is a quick recap on sugar in beers before you buy your next bottle.

If you are watching your sugar intake, keep these in mind before you go on to drink your next beer.