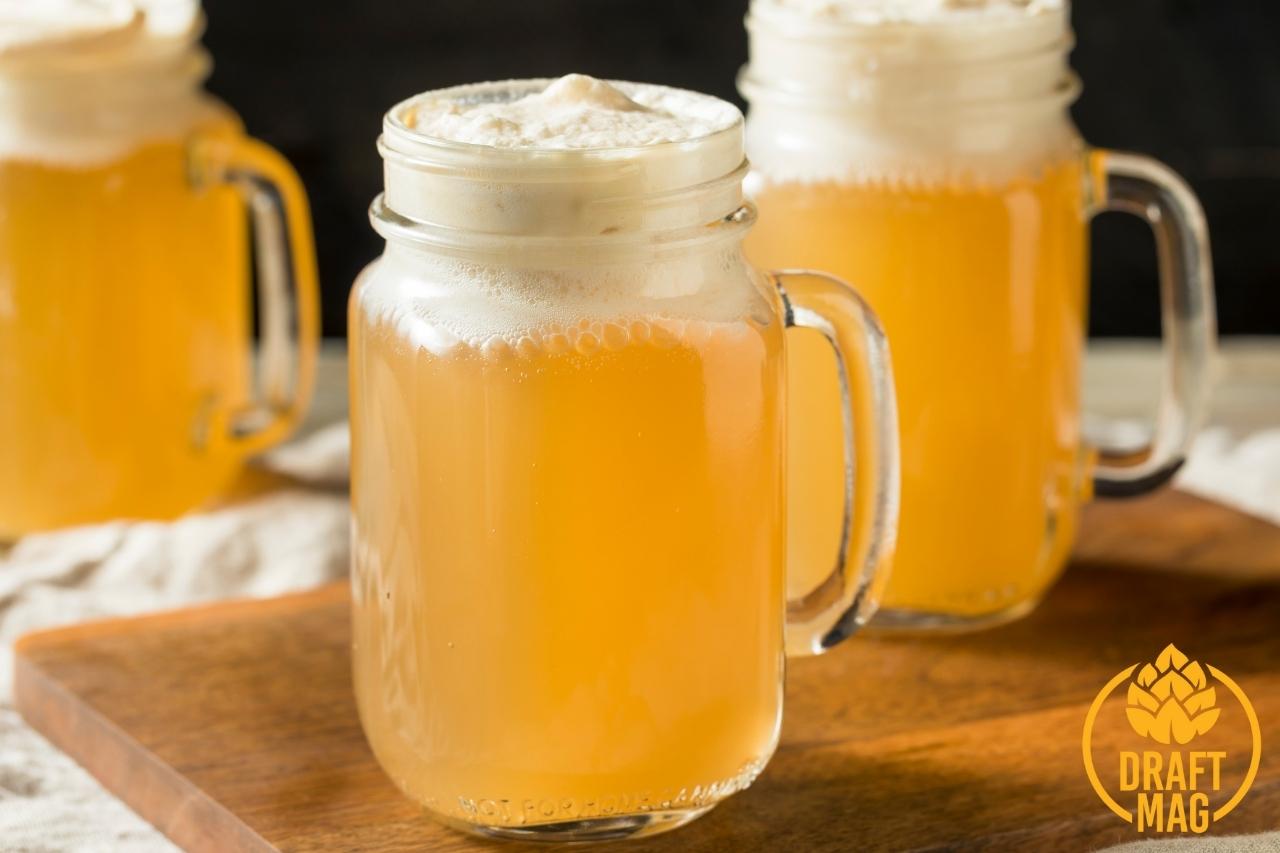 The best sweet beer has a unique sweet taste, mostly an effect of the malt used in brewing these types. They often have an ideal balance of hops and malt to ensure they are not overly sweet. However, not all are suitable for you.

This is why we bring the best sweet beer option you can try today.

Lovers of a sweet, good-tasting beer should look to getting beers with high malt content or those flavored using fruits. Here are the best ones:

Doppelbock beer is native to Bavaria, Germany. It is an improved version of the lower gravity German bock beers. The beer appears to be copper to dark brown with a large, creamy persistent head. The beer is food-friendly with a strong malty aroma.

Doppelbock is a good-tasting beer with a commanding malty sweetness but not overly sweet. Beers in this category may possess a dark fruit flavor such as dried grape and prune.

Upon sipping the beer, you notice it’s very smooth with little alcohol warmth. Beers usually have an ABV within the range of 6.5 to eight percent. They are usually lowly carbonated.

English brown ale is a malt-flavored beer style. They are of two distinct varieties – Northern and Southern varieties. Like other regular sweet beers, these ales are low in hops, especially compared to the American brown ales. Also, they usually have a unique malt flavor resembling those of caramel and toffee.

The Northern versions are usually drier with a paler color and flavor. On the other hand, the Southern variants are more fruity and malty sweet.

Color is in the range of straw to dark brown. English Brown ales are food-friendly, often taken with different dishes like pork, steaks, aged cheese, etc. The alcohol content of this beer is usually moderate. It’s usually below 5.5 percent.

The beer usually has an ABV well above seven percent. Some even have up to 40 percent alcohol content.

The beer appears to be reddish gold to dark brown with an off-white to ivory head. It has this strong fruity aroma from the malt. Upon sipping, you feel the warmth of the alcohol, though neither hot nor harsh to the mouth.

The beer has a sweet malt taste along with a hint of caramel and chocolate. There is no indication of hops, though you notice a hint of bitterness to balance out the alcohol and large malt presence.

Dunkel lager refers to the different species of dark German lagers. This beer class offers beer lovers a balanced flavor of chocolate, caramel, and biscuit. Like most other German beer types, the Dunkel is an excellent pair for food. It is often used at feasts with sausages and grilled meat.

Being a malty beer, the Dunkel lager is sweet. However, it is not overly sweet. Instead, it gives a fine balance of the unique malt character and a hint of noble (German) hops. This is what you would typically expect from a typical German brewed beer. They usually have a mild ABV, usually about five percent.

Many people believe that Belgian beers usually have a high ABV and are sour or funky. Belgian pale ales have a mid-range alcohol content of about 4.8 to 5.5 percent and are neither sour nor funky. The Belgian pale ale is one of the best sweet beers available today. It is an easy-drinking beer and less aggressive in flavor, unlike other Belgian ales.

This beer pours with amber to copper color. The moderate ABV makes it a great beer of choice on a hot sunny afternoon.

The beer displays malty features, toasty to biscuit-like with notes of pear and orange aroma. The fruity nature of the Belgian pale ale is not bold but evident. This is to ensure it doesn’t overshadow the malt character in the beer.

Scotch ale is a specialized beer with a dominant malty and a rich sweet malt flavor and aroma. It often exhibits a caramel flavor and character too.

Upon taking a shot of scotch ale, you’d be quick to notice it’s a sexy beer. However, you will get a bold toffee flavor with a hint of smoked peat flavor and caramelized sugar that soothes your soul.

Barley wine is a strong ale native to England. It has an ABV of around six to 12 percent. Some people refer to it as wine because of its similar alcohol content with most wines. It is now being brewed in several breweries in the United States. The English version is sweeter, but the American variants tend to be hoppier.

In brewing Barley wines, brewers have had to increase the barley malt. This essentially increases the sweetness of the beer. However, the increase is not excessive as the sweetness enhanced by the increased malt content was balanced out using hops. The final result is a sophisticated beer with a great combo of malt, alcohol, and hops.

Barley wines appear deep amber to cloudy mahogany to opaque black. They have a rich and strong malty flavor with an aroma resembling caramel. The fruitiness is also fairly strong, indicating a hint of dried fruit. 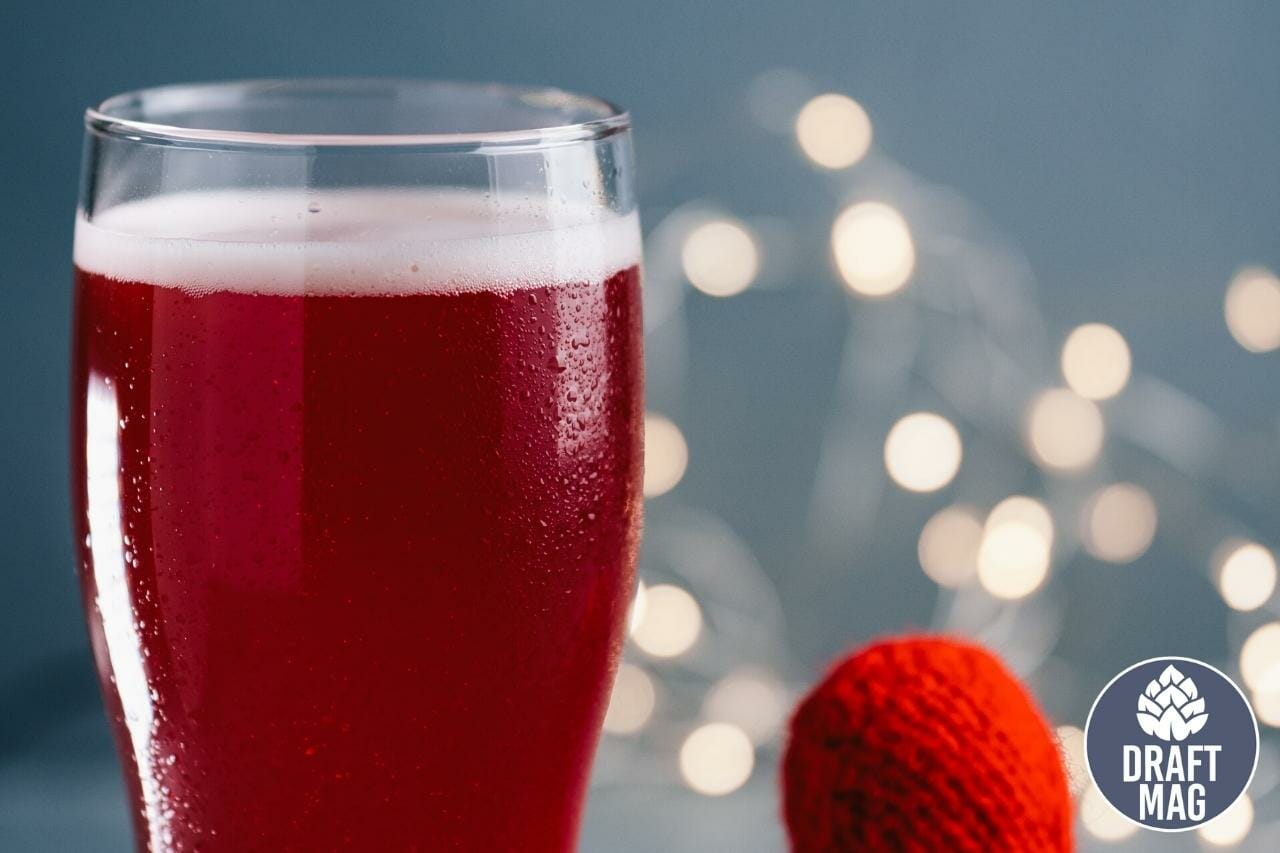 Irish-style red ale has a distinct malty taste with less alcohol and bittering qualities. It is a balanced beer featuring an ideal hop bitterness to ensure moderate sweetness.

The Irish red ale is reddish-brown to red in appearance, which is the basis of its name – ‘red‘ ale.

It has a mild alcohol strength, ranging mostly from four to 4.8 percent. Although, there are variants that can have up to 6 percent ABV. It also has a low bittering quality, with an IBU of around 15 to 30 units.

Here is a detailed overview of some of the best sweet beers available in the market.

Perhaps, a shot or sip of one of these examples discussed below can change your opinion about beers:

Ayinger Celebrator is a doppelbock with a dominant malty taste resembling slice bread with caramel butter slatherings. The color is deep dark red. The beer is sweet and evenly balanced, even though it has no hop flavor. It has an ABV of 6.7 percent. Known to be a world-class beer, you are sure to like Ayinger Celebrator.

This beer has a unique exquisite taste, which indicates the masterclass put into its production. The Espresso is a product of Cigar City Brewery.  It has an ABV of 5.5 percent and an IBU rating of 25. The beer has a mix of malted milk chocolate and coffee bean aroma. Flavors are like that of toffee with a hint of dry nuttiness.

Harvest ale is a special barley wine that showcases the perfect combo of sweetness and bittering qualities. It is a unique and special beer. It is brewed once annually but enough to last year-round. It has an aroma of fruity molasses, which you will notice as you bring the glass close up for a sip.

The sweetness of this Barleywine balances out its alcohol content of 11.5 percent. With notes of toffee and sherry couples with rich flavors, Harvest Ale is, without a doubt, the best Barleywine you will come across.

The Doppelbock Dunkel is one of the sweet-tasting beers from the Bavaria area. This beer pours with a dark copper to a fiery red color, with an aroma of roasted accents with hints of dried fruit. Its carbonation gives a pleasant effervescence with an ABV of 7.1 percent. You will feel a pleasant malty and velvet aroma when you sip this beer and quickly notice its sweetness.

The brown color of this ale might appear unpleasant to some beer enthusiasts. However, its great taste made up for its appearance. The Newcastle Brown ale has a unique flavor, and its taste is borderline nutty and bready. It is a great sweet beer everyone needs to try out.

This beer is available in various liquor stores and the drinks and beer sections of several markets. It is highly carbonated, showing notes of subtle caramel malt flavor. With an ABV of 4.7 percent, you can enjoy a couple of

The Kilkenny Irish cream ale is produced by the popular beer producer – Guinness. As its name suggests, the beer is creamy.

It is an Irish red ale with a smooth caramel flavor and mild carbonation. The beer is simple, sweet, and lacks any bitter hops. Its ABV of 4.3 percent also allows you to enjoy it without the fear of getting drunk.

This beer is perhaps the best choice for non-beer drinkers and people new to the beer world. You might find it difficult to differentiate this beer from milkshakes. The beer has an aroma resembling those of vanilla and burnt sugar.

With each sip, you notice it’s a well-complicated beer. You will also easily notice the chocolate and coffee notes. It has an ABV of 10 percent.

Framboise is an indication of raspberry liquor. The St. Louis premium framboise is nothing short of this. It is raspberry colored, and almost immediately, you perceive the raspberry aroma.

The alcohol content of 2.8 percent makes it a superb fruity beer. This beer is a very sweet and malty Belgian breed with citrus notes to curb the sweetness a bit.

A sweet beer is a class of beer with less beer taste. This class does not have that regular (bitter) taste of beer. However, these beers are still beers as they are brewed just like other beers.

The absence of hops, a crucial beer ingredient, is one notable difference between these sweet-tasting beers and other beer types. Hops are what are responsible for beers’ bitter taste. Instead of bitterness offered by hops, sweet beers give off this fresh and sweet spin on beer.

– What Are the Others Names for Sweet Beers?

Other names for sweet beers are girly beer, dessert beer, and fruity beer. Hoppy beers are more prominent, but sweet beers are also a great option. If you are thirsty for beer yet want something sweet and creamy, they are excellent options to try.

– What Are the Types of Sweet Beers?

Below are types of sweet beers. They are not really a beer category themselves, but they have different classifications by flavor.

Beers with high malt tend to be sweet. Nutty notes in beers are achieved when brewers use different malt flavors during beer brewing, as seen in most English Brown Ales. A toasted lager showcases a balanced malt and hops flavor. Generally, the presence of malt in a beer is a sign of sweetness as malty beers are sweet and may have a nutty flavor.

The fruits in sweet fruity beers serve as flavorings or adjuvants. Some of the sweetest tasting beer is usually flavored with fruits. Belgian ales are among the oldest beer types with fruity flavors. Malts, which is essentially one sweetener used in beer, sometimes give toffee and caramel flavors. 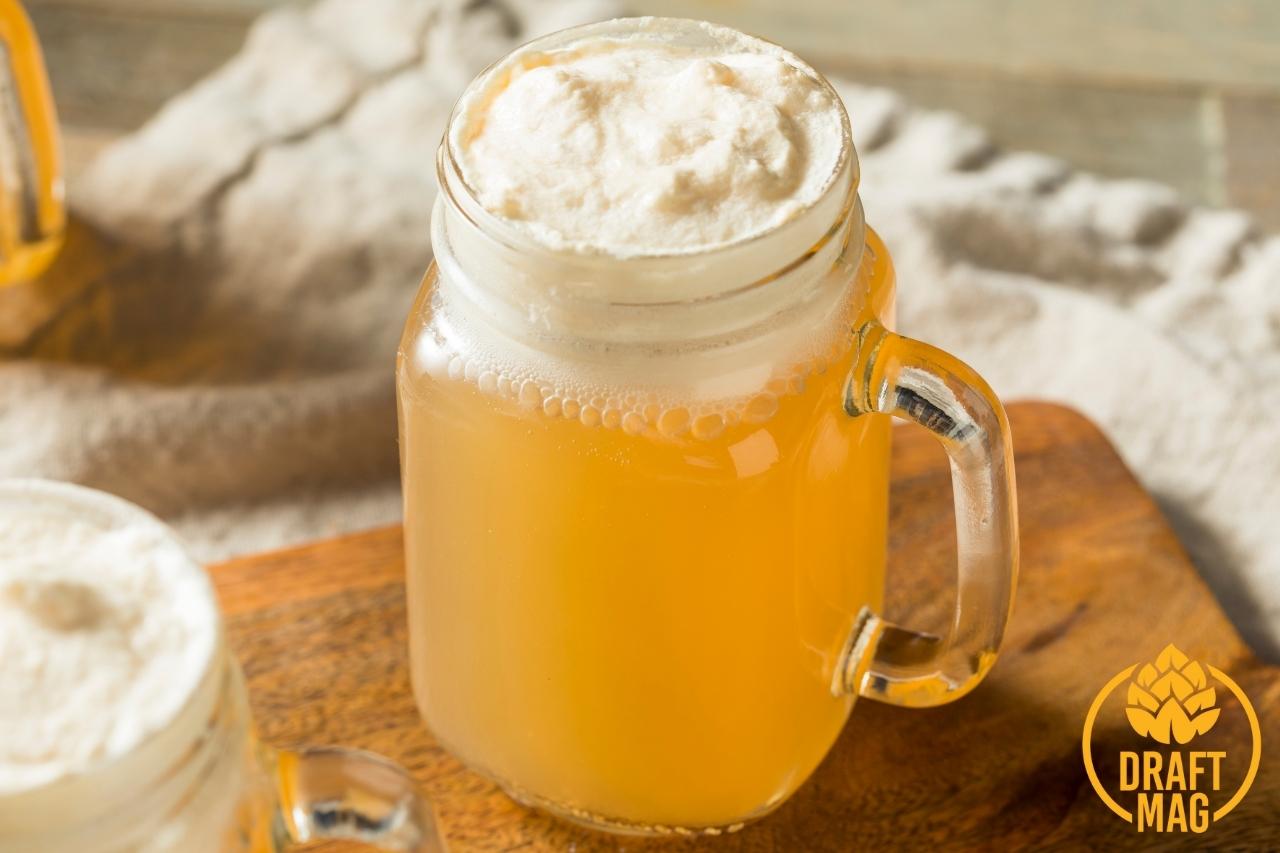 The best sweet beer gives a perfect blend of sweet and bittering features.

We have already discussed the topic of the best sweet beers extensively in this article.

Let’s go over them again:

We advise you to check out for one of these beers when you visit the liquor store or any local market; you’re sure to enjoy them.