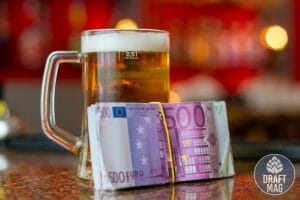 Check them out and pick your favorite.

Best Cheap Beers: Here Are the 14 Cheapest Beers You Must Try

The world is flooding by the day with microbreweries, and with generic beers popping up in every corner of the city, it is all the more a reason to try refreshing beers.

Without further ado, we present to you a checklist of what you can try this weekend:

A classic version of the American Lager, the Coors Banquet is from the Coors Brewing Company from Colorado. It is a sweeter and fruitier beer than its other range.

It has a sweet flavor profile with strong fruity notes and flavors of banana, corn, and grain by the side. It has an ABV of 5 percent and an IBU of 15. This is listed as one of the cheapest beers in the market. A six-pack is available for $8.

This beer is super easy to drink and light on the palate. However, a couple of these may seem overly sweet on the palate. If you aren’t a fan of fruity aromas, then this isn’t the beer for you.

A low-calorie light beer full of character, Yuengling is a full flavor beer, masterfully brewed without sacrificing on quality. This beer is a classic example of Light American Lager.

It is clear and dark yellow in color. With low levels of adjunct sweetness and milk bitterness, this beer is easy to drink. This is the beverage choice when you want something apart from a Bud or Miller. It costs about $6.50 for a six-pack.

At an ABV of 4.7 percent, this Lager adjunct is literally the best budget beer one can buy. It is an excellent beer to keep on hand for one of those long hot summer days.

It is cheap, easy to drink, and even lower on ABV. Less than 50 cents of a good time, this beer is your answer. A six-pack is available.

The one and only, the most refreshing and the most pleasing summer drink and talk of the town. Tecate original Mexican Lager is almost like a Pilsner and has a champagne-like effervescence. A six-pack costs about $6. This is one inexpensive beer you must try.

This beer originated in Pennsylvania and is the best tasting cheap beer in the world now. It has a light body, is hoppy in character, and comes in a distinctive green bottle.

The beer is brewed in glass-lined tanks. This process is considered the cleanest brewing method to date. A six-pack costs about $6.

The brewers of this beer had one goal in mind – to brew a beer as smooth as a lager and as crisp as an ale. This is how the Cream Ale took birth. This is a unique beverage, essentially a “lagered ale.” A six-pack can be purchased at about $6 to $7. 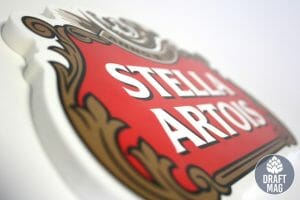 Stella Artois is over a century-old Belgian brand. This is the best-selling beer in Belgium. Stella believes in saving water by drinking beer. A six-pack of Stella Artois costs about $10.

This is a Pilsner-style Mexican Lager, crisp and refreshing like the ocean mist. The brewers have used the finest quality ingredients like premium two and six-row barley, the finest variety of hops and yeast to bring this stellar beer to life. A six-pack would cost about $8.90.

This is the famous Rhode Island Lager and a pop culture icon.

The Alaskan Amber Ale uses glacier-fed water and a mix of European and Pacific Northwest hop varieties to get a malt-forward flavor to this brilliant beer. A six-pack costs less than $10.

This beer falls under the Light Lager category. It is low on calories and light on its alcohol by volume percent. At 96 calories and 4.2 percent ABV, this is an easy-breezy drink. It has a smooth, light, and refreshing taste. This beer has a medium body with a hop flavor, solid malt character, and a smooth finish.

It is the most popular cheap beer in Illinois. The makers of Miller Lite do not care about the aroma that comes out of the glass or the head of the beer. They only care about having a good time. It costs about $7 for a six-pack. This is the cheapest beer you’ll ever find.

This is an IPA brewed using centennial hops from the Pacific Northwest. It has a perfectly balanced hop aroma and fruitiness. A six-pack costs about $12.

Made with real grapefruit juice, this deliciously refreshing Radler beer is pleasant and tangy to taste. It is a fruit beer and doesn’t fall under the BJCP category, but it is an enjoyable drink. A six-pack costs about $13.

This is the best-selling, most popular beer in the United States. It is a premium light lager with superior drinkability. A mix of American and European hop varieties is used to brew this masterpiece. A six-pack starts at $9.50.

Not necessarily. But with beer, you should never sacrifice taste for the price, especially when good-tasting beers are readily available in the market.

With the world experimenting with beers, there will always be cheap options. Sure, fancy stouts, IPAs, mainstream lagers, and ales are booming the craft beer industry, but inexpensive beers are equally in demand. 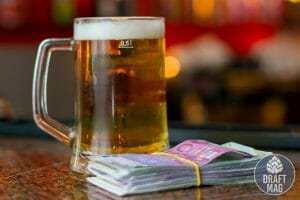 Alongside all these choices are the big brands targeting their loyal customers with consistency. But if you are the kind who enjoys a change in flavor every once in a while, or a beer enthusiast who doesn’t mind going the extra mile for a new beer adventure, then this list is for you.

With that in mind, the top five most famous cheap beers from the above list are:

Beer is one drink that can be enjoyed at any time of the day. Whether it is at the end of a long day, a picnic in the park, or a random sunny beach day, cheap beers are always a win-win on any occasion.