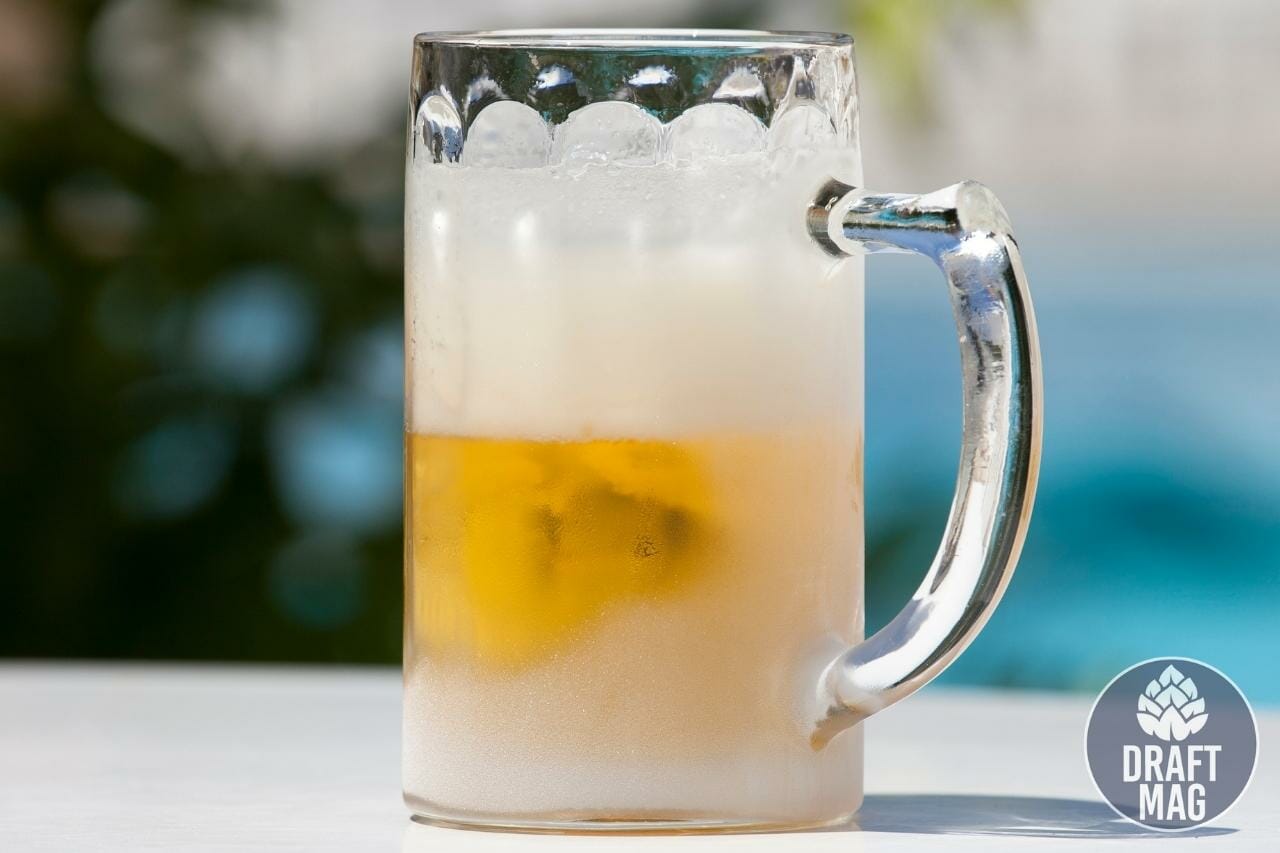 Understanding the right beer temperature can be tricky sometimes, as knowing what temperature to serve the beer can have a major effect on the taste of the drink.

Serve it warm, and the beer tastes flat and off-flavored; too cold, and the flavors can be masked.

The right temperature can lead to the perfect beer tasting experience, and sometimes, serving it as cold as possible isn’t the right answer. This guide will give you all the information you need about the proper temperature for beer, plus more.

What Temperature Should Beer Be Served At?

However, with a set of basic guidelines and the handy table below, you can make the right call on what temperature to serve your next beer.

How Does Temperature Affect Beer?

An incorrect serving temperature can cause some off effects on the beer, leading to volatilization, flat-tasting beer, and even tasteless beer. It is important to maintain a proper beer temperature to enjoy the drink completely. Beers are best enjoyed when they are chilled, but they can also become “too cold” or “too warm” and that does not sit well in the world of beer.

Here are some effects of an off temperature on any decent tasting beer:

There’s a reason why beers are not supposed to be served extremely chilled. While nothing beats chilled beer on a hot day, it is important to maintain the optimal beer temperature.

The reason is, beer is to be enjoyed for its flavor especially if it’s homebrewed. When you serve a beer below its appropriate temperature, most of its flavors will seem concealed.

An extreme cold temperature of a beer overshadows its aromatic compounds, causing unnecessary volatilization to linger in the beer. Volatilization is responsible for changes in flavor and aroma of the beer, sometimes even making it thin and tasteless.

And who has ever enjoyed a tasteless beer? Wouldn’t it be disappointing, especially if you are the one who has brewed it in the first place?

The extra chill also changes the characteristics of the beer like bitterness, dryness, carbonation and aromas, which can otherwise enhance the overall quality of the drink. To avoid any unpleasant drinking experience, it is best to avoid overly chilled beers.

Honestly, who even likes beer that is too warm or hot?

With that being said, when a beer is served warmer than its desired temperature, the flavors and aromas come to the forefront.  While this is a good thing most of the time, it also leads to the carbonation and hops bitterness coming down, sometimes even drowning. This, in turn, leads to a flat-tasting experience. 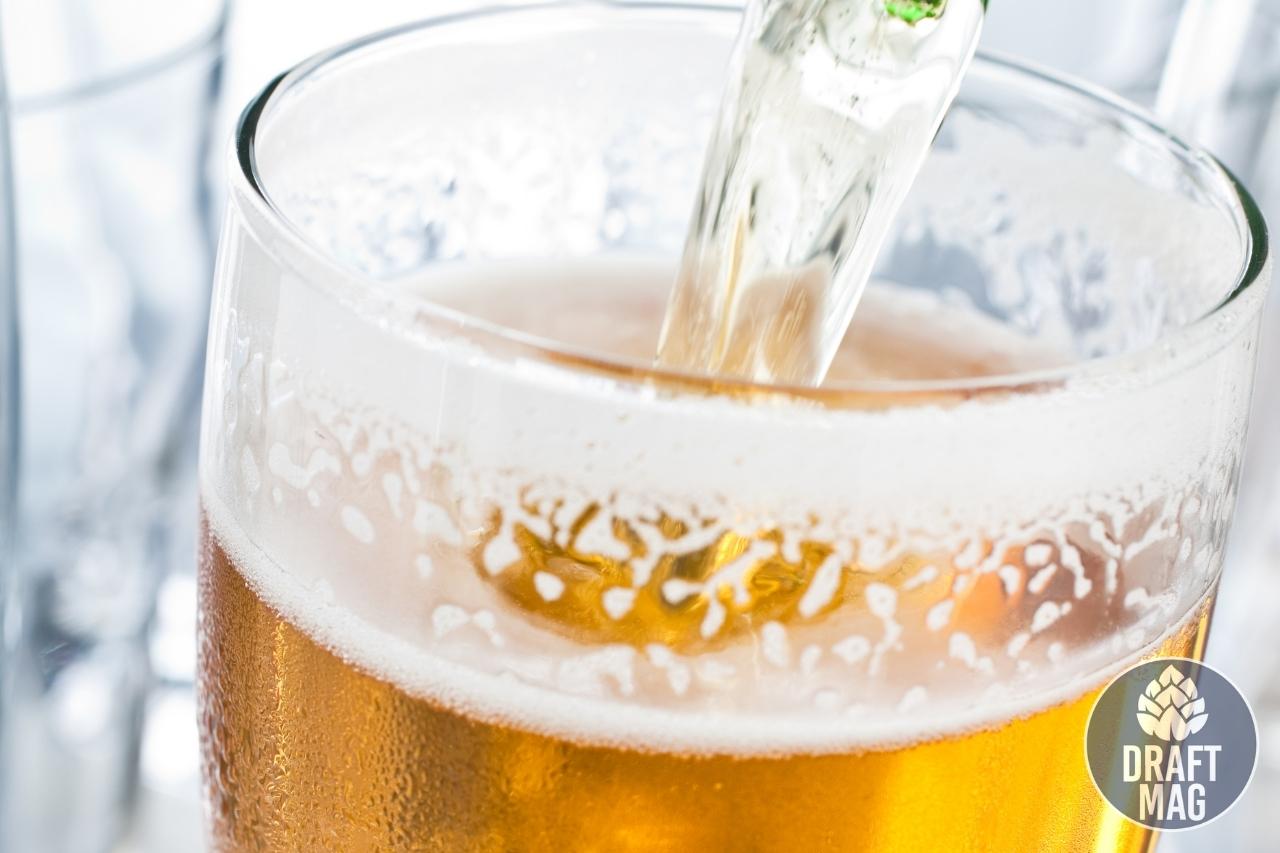 Here comes the most important question: what is the perfect temperature for beer?

Much like wine, every style of beer also has a dedicated temperature at which it must be served. But again, these are just recommendations.

Unless you’re a home brewer, a professional brewer or someone who has a dedicated beer refrigerator, there is a high possibility that any beer you pick will be chilling right next to your milk container. Generally, any beer must be served chilled, somewhere between 38 – 55 F. A detailed chart of ideal beer temperatures has been given above.

There are numerous styles of beers available across the world, and many more are being discovered now and then. Each beer has different characteristics. Based on those characteristics, experts have recommended the right temperatures for serving them.

If you are a homebrewer, this guide will help you gain clarity on the serving temperatures of different beer styles.

There is one rule for American light lagers, that this needs to be served cold. The light serving temperature lies between 33 to 40 F, close to freezing. This beer tastes the best at 36F and 38F. This is the typical temperature setting for any draught beer system.

There are different types of wheat beers like the American wheat ale, Belgian style wheat beer and Hefeweizen. These cloudy brews are best served between 40 and 45 F. For beers with a lighter hop flavor and are high on east-driven aromas like banana and clove, a slightly warmer temperature wouldn’t do any harm.

Drink this beer in the right glass to avoid any further warmth from your hands.

When it comes to pilsners, 38 to 39 F Is your lowest point. Around 40 F is the right temperature for them, but for hobby American styles or India pale lagers, temperatures that are a tad bit warmer will make your beer taste better mainly because Pilsners have some malty sweetness and medium-high hop bitterness. These are best enjoyed at lower temperatures.

The blonde ale is a refreshing summer beer style that is light in body and mouthfeel. These beers are low on bitterness and alcohol warmth and contain flavors of honey, spices, and fruits.

These aromas and flavors are best enjoyed at mid-range temperatures. Therefore, blonde ales and cream ales are best to be served between 40 and 45 F.

Sour beers are infinite as they come in many forms with varying ideal serving temperatures. Some of these are fruity and refreshing and some others are funky, so the ideal temperature recommended for funky beers is 42 – 45 F. On the other hand, when it comes to fruity, hoppy beers, a slightly warmer temperature is acceptable.

When we talk about Gose beers, the recommended temperature is between 38 to 40 F. In this beer style, there are plenty of salty, tart notes and a platter of aromas and flavors that play their game.

American sours, on the other hand, are high in acidity which is why a lower temperature may be able to reduce the ascetic burn. For Lambics, flavors are usually sweet, dry and filled with intense acidity, so the safe serving temperature zone for these beers lies between 40-50 F. It is believed that acidity intensifies as the beer gets warmer.

For Oktoberfest and amber lagers, experts recommend going slightly warmer. The perfect temperature setting lies between 45 to 50 F. This beer is rich in malt, with a clean hop bitterness. It has notes of caramel, toasty bread, and biscuit-like malt aroma.

To enjoy all the richness that Oktoberfest has to offer, it’s best to stick to the given temperature.

Pale Ales are flavorful, fruity, citrusy and generally high in hop character. Bitterness is low to medium and so is the body of the beer. Pale ales are also full of a caramel character.

A classic American pale ale should be served at 45 F and cannot go beyond 50 F. A traditional English pale ale cannot be pushed beyond 50 to 55 F.

It is a rule of thumb that the bigger and boozier the beer, the warmer it should be served, but when we talk of Belgian Dubbels, Tripels, and Quads, these beers are highly malt-forward with flavors of chocolate high on the palate. These are also full of fruity, sweet, banana-like esters. The Double and Quad beers are best served between 48 – 50 F.

On the other hand, a Trippel is pale-colored, light in body and drier in character. They have high ABVs because of bottle conditioning. This is the reason why Trippels are to be served between 40 – 45 F.

IPAs are a big umbrella under which there are plenty of other varieties of beers full of different flavors and styles. Generally, IPAs should be served at around 38 F. This gives the citrusy, piney flavor of the beer a boost. For an American IPA, the ideal temperature varies between 45 – 55 F depending on the alcohol and bitterness levels.

This rich, roasty beer is best suited at 45 – 50 F. On the other hand, Nitro Stouts present well at 45 F due to their grassy texture. And for a traditional all-American Stout which is full of coffee, chocolate and caramel notes, these flavors express themselves well at 50 F.

Imperial Stouts, especially dessert stouts which are fully loaded with flavorful ingredients, are perfect for slightly warmer temperatures. These beers are stunningly robust and serving them chilled will end up shadowing all the flavors on the palate. 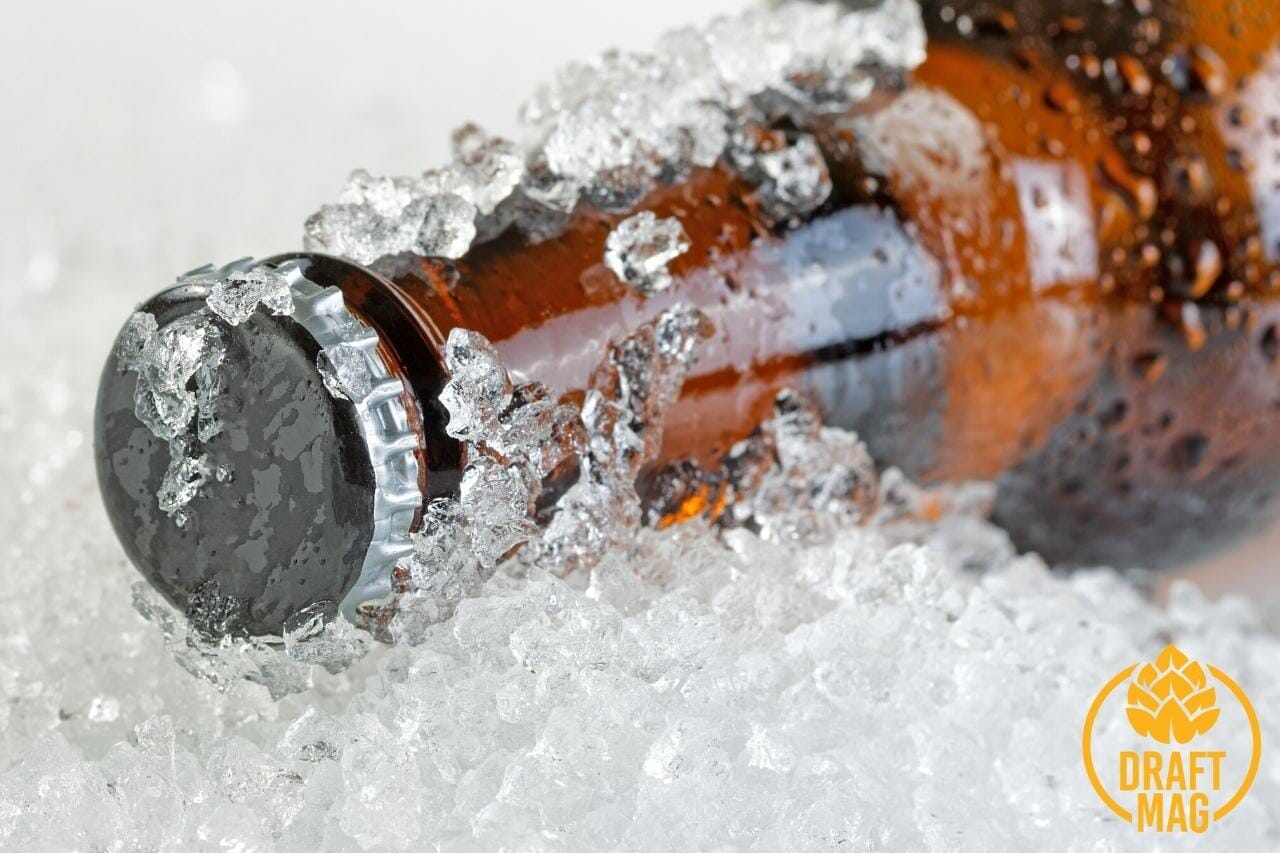 Good beer is broadly available and moderately inexpensive, but to enjoy a beer properly, always make sure it is at the right serving temperature.

Serving and drinking beers at their proper temperature will not only enhance the drinking experience but will also make you want to drink more. A good beer becomes excellent not only by the way it is brewed but also at the temperature it is served and the way it is presented.