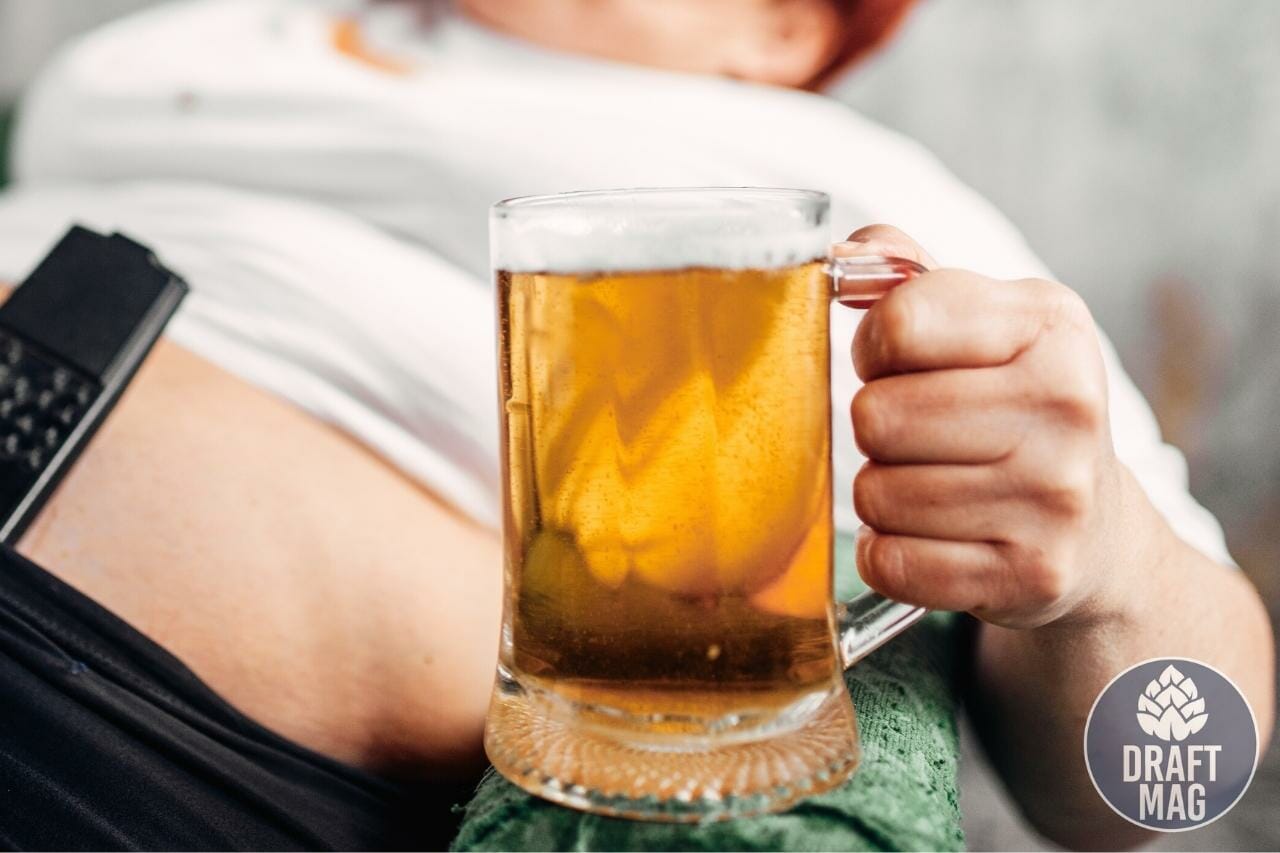 Best beer for diabetics, which should be low on alcohol content and carbohydrates, may be challenging to find but not impossible in the present scenario.

With this comprehensive guide to the best beers for diabetics, they can still enjoy their pint of beer with friends or at occasional parties/night outs and be part of all those time-honored rituals.

Many brands in the market manufacture an array of light lagers (which vary in alcohol and carbohydrate content) to keep the blood sugar levels of both type1 and type 2 diabetic persons in check. We have rounded up some most popular light and low-carb beer options that are most appropriate for people with diabetes.

Miller Lite is one of the oldest light beers on our list. An original award-winning light pilsner by Miller Brewery Co., it’s an ideal choice for the summer season.

The lite lager is an American Style diabetic beer produced using purified water sourced from deep old aquifers, lakes and cold springs. Selected crystal barley malt, roasted and toasted corn syrup (not high-fructose), German yeast and Galena hops from the Pacific Northwest are some of its other ingredients.

Introduced in 1975 in the United States, Miller Lite is a golden-colored lager infused with a Galena hops-driven aroma and a fresh, fruity, clean nose. It has a crisp, clean and sweet caramel finish. When poured into a glass, it forms a soft white crown of dense bubbles due to carbonation. The lager has a very light body and is less filling.

With a calorie count of 96 kcal and an ABV of 4.2 percent, it is ideal for a beer lover who has diabetes. Miller lite has 3.2 g of carbohydrates in a standard pint of beer (12 ounces).

With more flavor than the average light macro brew, Miller Lite is easy to find in every convenience store and is an inexpensive, low-calorie, low-alcohol beer option.

This second largest-selling light beer in the U.S was introduced by Coors Brewing Company in the 1970s and is a classic that you’ll find almost everywhere, from backyard BBQs to game shows, night outs, etc. It’s a popular choice for young people because of its light, refreshing and mild flavor.

Famously called the “silver bullet” because of the beer’s silver-colored iconic can, Coors Light is just for you if you like a refreshing, low-sugar beer.

Coors light appears as a lovely straw golden or amber dial color. It has a decent carbonation level that helps form a thin foam head when poured, which instantly dies with no lacing. It’s a light body lager with clean malt notes and refreshing mild floral flavors. It has a very light mouthfeel.

This easy drink has an ABV of 4.2 percent and an IBU of 10. Furthermore, Coors light contains 102-gram calories (One 12oz bottle) with 5 gm of carb content. Mostly available in a vegan-friendly form, it is not a wholly gluten-free option. However, it is a little high compared to other light options such as Miller Lite but still below Bud Light.

Coors light is an excellent alcoholic beverage, particuarly appealing to those who are health conscious and want to keep their sugar level in check.

Another American-style golden lager by Anheuser-Busch, Budweiser Select 55 is the lowest-calorie beer we came across. Having been on the market since 2005, the beer has upgraded its select-only version by lowering its calorie content to around 55 for a standard drink.

It is brewed in the world’s biggest brewery with milled, polished, graded Verdant rice and handpicked and premium two-row and six-row barley malt from all across America. The other ingredients of Budweiser Select 55 are imported and regional hops and filtered water.

It looks typically like an adjunct lager, and the pint is appealing at first glance when poured. It does form a decent but fizzy white head. The heavily carbonated liquid has a minimal smell of corn and hops. Due to low alcohol content, the flavor is flat, but it does have a light and crisp finish.

Light by their very nature, all low-cal beers have a low ABV percentage, and Bud Select 55 is no exception. It has the lowest ABV content in this list, with only 2.4 percent. It incorporates 2 grams of carbs per 12oz (360ml) serving. This is because it undergoes a longer brewing (fermentation period) time, so you don’t need to worry about your sugar level.

When you just feel that you need a cold brew to unwind but are wary about your blood glucose level, then Beck’s Premier Light can come to your rescue. It is a low-carb beer option for low calorie and less carbohydrate content.

Launched by Brauerei Beck and Co in America in March 2005, the Beverage Testing Institute placed it in their “recommended” classification, having noted flavors of potassium chloride and bread dough.

This German-brewed beer is brewed in the American light lager style with a bottom-fermented technique. It is made with milled, polished barley malt; the other ingredients are aromatic hops, yeast and filtered water.

It is a very pale-colored light beer with a clear see-through body. A thick white head has enough carbonation to create bubbles and a crackling sound but no lacing.

If you’re looking to “feel something regular,” you will be disappointed. Though it does have a mild level of the aroma of sweet caramel, bread, some fruity notes and the Beck’s Pilsner signature crispness and dry finish, it is poised to evolve for its refreshing profile.

Having an alcohol level content of 2.3 percent, Beck’s Premier light is considered to be nearly a non-alcoholic beer. The beck’s Premier light has 64 calories, 3.9 grams of carbs, and no fats. The only nutrient found in a pint is protein, with 1 g in each 12-oz can/bottle. You can drink a couple without worrying about getting drunk.

Overall, one of the best-rated beers under the health-conscious spectrum, Beck’s Premier Light is the lightest of all light beers on the market. 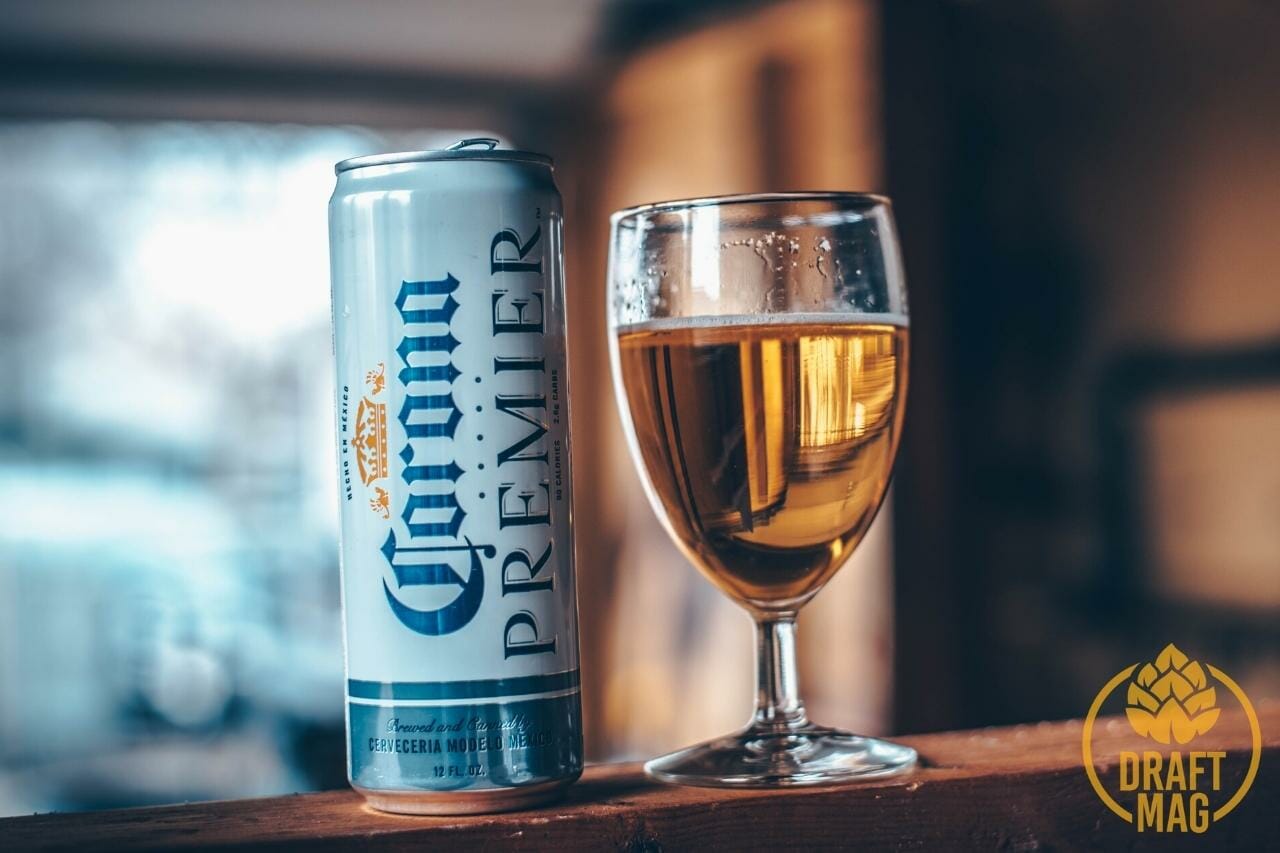 Launched in 2018, it is regarded as the most drinkable type of Corona, especially by people who want to cut down the calories and alcohol content from their pint.

The essential ingredients of this diet-friendly alcoholic beverage are malted barley maize or rice with antioxidant, ascorbic acid and a stabilizer known as propylene glycol alginate with hops and yeast. There are no added preservatives.

Like all Corona beers, the premier has a familiar aroma of fresh-cut grass and fruit-honey fragrance with a touch of the malt on the nose. It has a bready mouthfeel and a clean and refreshing feel. It doesn’t have a complex profile. It is an easy-to-drink beverage that can be given a twist by adding a lime and pinch of rock salt.

It has 0.7 grams of protein, 2.6gm of carbohydrates, and just 4.0 percent of ABV. A 330ml bottle of Corona premier has 90 calories, which is less than the Corona Light.

The only beer that displays the founder’s name was the first beer introduced by the world’s biggest brewery — Anheuser-Busch. The company actually owns over 100 brands such as Budweiser, Natural, etc. As it is a low-carb beer, it works well for people with diabetes.

The mild, pilsner-style Busch beer is not too off-putting. It comes with corn-like aromas and a delicate barley flavor. It has a tiny little body with a grainy mouthfeel. It doesn’t taste sweet but goes down pretty smoothly.

The light lager is famous among calorie-sensitive drinkers as it contains just 95 kcal and stands at 4.1 ABV.

The other outstanding nutritional feature in Busch beer is the presence of 3.2 grams of carbs and 0.7 grams of protein per bottle, whereas its regular version Busch contains 7 grams of carbs in a 12-ounce bottle.

Mostly favored as a refreshing cold beverage in hot summers, it is liked by beer fans for its decent taste and smoothness.

Apart from the above-mentioned diabetic friendly beer, some beer styles can be used as an alternative.

These special mentions include:

With 3.5 percent ABV, 95 calories, and 5 grams of carbohydrates in a 12-ounce bottle, Amstel Light Pale Lager from the Netherlands offers a refreshing and thirst-quenching but watery flavor.

The diabetic beer has a deep golden color and is made with barley malt and hops, delivering an energizing taste. It is light on the palate and may have a moderate effect on your blood sugar level.

Brewed by Dogfish Head Craft Brewery and categorized as a low-cal IPA, it has a calorie count of below 100 and 4.0 percent ABV. It has an IBU of 30 that casts it as not very bitter. The secret ingredient in the lager is the monk fruit, which takes over the sweet malt taste without adding calories.

Known as Natty Light, this is an American-style light lager with 4.2 percent of alcohol content. It will add 95 calories for a standard drink. It is also a diabetic-friendly beer that contains 3.2 grams of carbohydrates.

Rated among the top low carb and, to an extent, sugar free beers for diabetics, this beer is ideal for weight watchers. The brewers in Heineken have developed a drink that has a good quality and balanced taste.

So drinking beers that are high in calories, sugar and ABV may disturb the diabetic dietary regime and result in weight gain.

A low sugar beer is a perfect alternative for this. They are low in alcohol content (known as sugar free beer for diabetics) and have minimal carbs. They have all the characters to satisfy a diabetic and beer lover’s temptation to drink.

It’s recommended to talk to your healthcare provider to check if alcoholic drinks for diabetics are not hindering your regular diabetic self-care and consult about the amount of alcohol safe for you to consume. 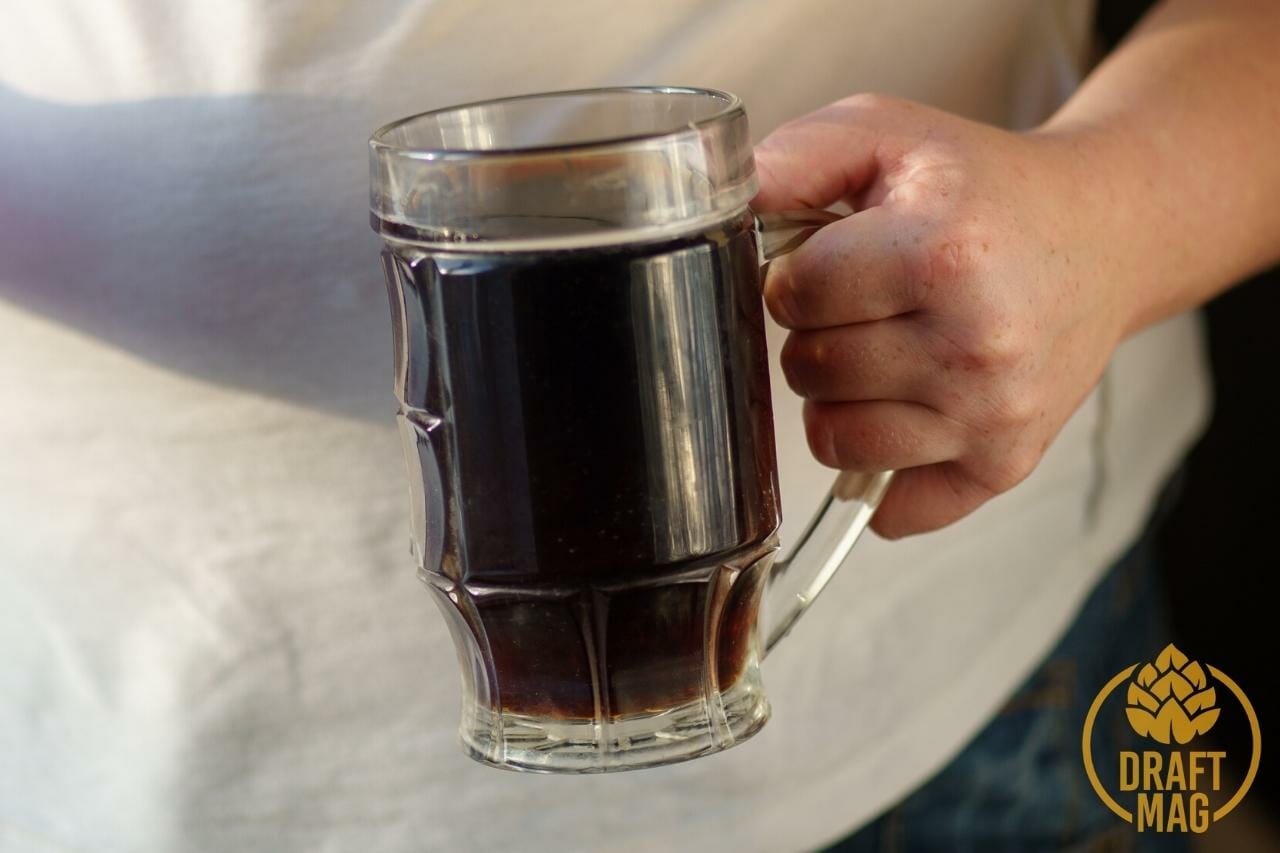 As a person with diabetes, always consider the alcohol’s effects on your sugar levels.

This is because diabetes causes lower levels of insulin (the hormone that helps control your blood sugar levels) production in your body, so intake of alcohol may further aggravate the problem.

However, your love for alcoholic drinks should not vanish nor shall your social life stop as soon as you are diagnosed with diabetes. So arm yourself with our handy guide to know all the best beers that will help keep your sugar levels in check. From Miller Lite to Busch Light, there are a lot of beers you can still drink, just make sure to watch your intake and drink moderately.