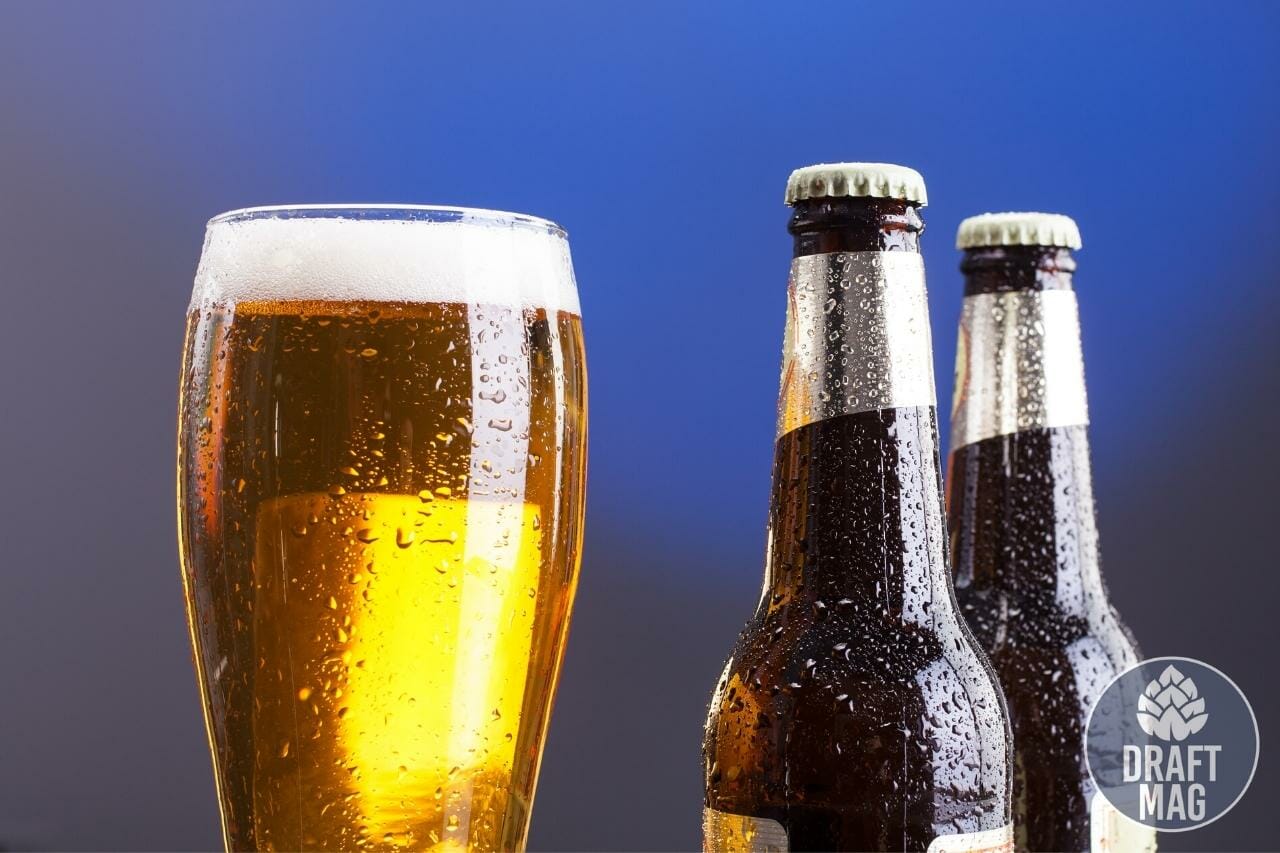 A low or free purine beer is the best option for gout patients. Yeast is a vital beer ingredient, and it has high purine levels, which convert to uric acid and could cause gout flare-ups. However, you don’t have to stay entirely away from beer because you have gout.

We are here to help you with the best beer options to drink with gout.

The Low or Free Purine Beers To Enjoy: Top 7

If you are looking to enjoy some good beers but are worried about a gout flare-up, here is the best purine-free beer list available today:

The spices and herbs used in brewing this beer make it stand out among many other options available today. Most brews use barley, wheat, as well as other grains that may add to the purine levels. However, this Honey beer is void of these grains. It skips the malting process and does not extract sugar from any grain.

Instead, the brewer mixes natural herbs and spices – honey and molasses with hops. This reduces the purine levels in the beer, making it ideal for drinking with gout issues. It appears medium-gold with plenty of fizzy bubbles clinging to the glass.

Passover Honey beer by Ramapo Valley has a huge honey aroma and you will likely not feel the hops. The flavor resembles a white table wine, with fruity currants and sweet finishes. This gluten-free beer has a smooth mouthfeel and mid-drinkability. Its alcohol content of 5.2 percent gives it a noticeable alcohol taste.

The Redbridge is another gluten-free beer brewed by the popular Anheuser-Busch brewing company. The brewer chose sorghum instead of wheat for brewing this beer, creating something decent to drink if you have gout. The original aim was to create a beer for people who have gluten or wheat allergies.

However, it is probably the best option on this list because it is not only gluten-free but also has the qualities of a delightful beer. Redbridge pours golden amber, with its head vanishing immediately as it forms. Its color is rich, complementing the lightness of the beer and its healthy level of carbonation.

The aroma resembles the basic and sweet American ale, combining it with a mild flavor. This beer will go down your palate pretty smoothly, and its ABV of 4.8 percent makes it a perfect choice for various beer lovers. 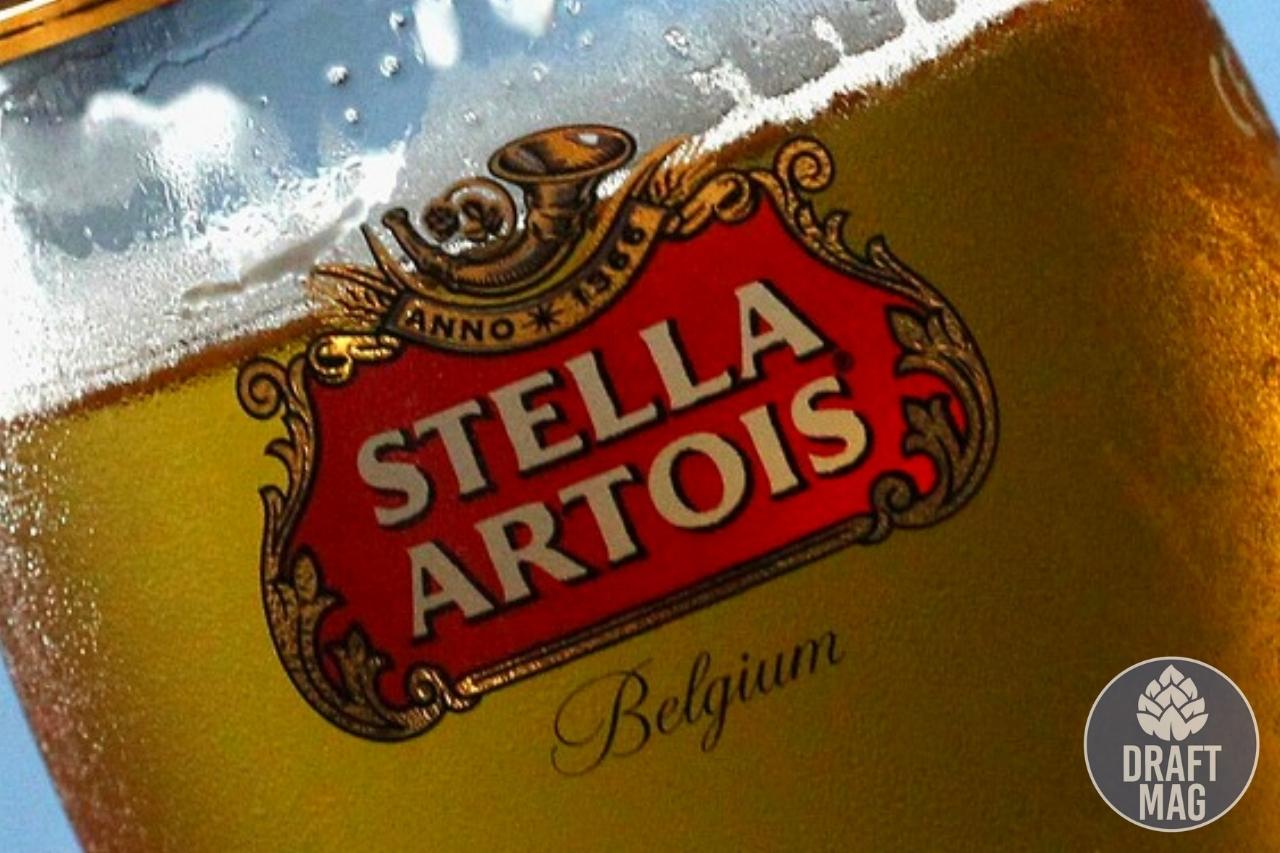 While we’ve mentioned beers that are 100 percent gluten-free, there are beers with gluten with significantly low purine levels.

An example of such a beer is the Solstice Lager by Stella Artois. It is a great option for gout because it is one of the best filtered beers, being triple-filtered!

This filtering process removes every leftover sediment from brewing; an example of which is yeast.

The ingredients in the Solstice Lager are water, barley and hop extracts. Thus, it is a healthy beer option without unnecessary additives. This light lager will not make you too heavy after only a few sips. Its 4.5 percent alcohol, 4.5 grams of carbs, and 105 calories make it a great health-conscious beer.

The Solstice Lager has a rich golden color with decent carbonation and a thick white head which fizzles out within a few seconds. The triple-filtering process gives this beer its smoothness, and its overall taste is smooth and light. It is a great beer to grab on a hot, sunny day.

This premium beer is purine-free and is another excellent option for gout. With a finger of frothy head, it pours an orange-yellow color. The head quickly fades, and the dominant aromas are of pilsner, bread malts, sweet potato and caramel.

It has a dry, semi-spicy finish, with more of the same in terms of flavor, plus spicy and herbal hops, bread, caramel and pilsner malts. It also has a faint black pepper grind to it. The mouth sensation is effervescent at first, but it rapidly settles down. It has a medium thickness to it.

Overall, the malts are prominent, as are the pungent, dry hops. It is a refreshing beer for many of the reasons already mentioned. Moreover, it has an alcohol content of 5.5 percent, which helps you enjoy the best of this beer.

The Ultra Pure Gold beer by Michelob is another triple-filtered beer, and it is organic as well. Despite not being purine-free, it has a very low level of purine. Popular for making original low-carb beers, Michelob created this beer with a twist.

The organic grains are perfect, void of any flavorings or artificial coloring. It boasts 3.8 percent alcohol content, 2.5 grams of carbohydrates, and only 85 calories. This nutritional fact makes this beer one of the healthiest options you can get your hands on.

Moreover, it has a fuller mouth-feel and a long finish. Its body is also heavier than the original Pure Gold. It is not only one of the best choices for gout sufferers, but it is also a perfect beer for any occasion.

Keystone Light beer is another one of the best triple-filtered options with low purine content. It is a light-bodied, refreshing, and crisp American light beer. It also gives a smooth taste and clean finish, making it ideal for a wide range of beer drinkers.

This American light lager comes with a metallic-like taste similar to Coors Light. The taste is bready, leaving a milky cereal-like aftertaste. It also goes down the palate smoothly like water. Keystone pours with a light golden color, and you won’t miss the sweet corn syrup smell.

However, the corn syrup doesn’t add too much to its flavor. Keystone Light lager has natural malty notes and low bitterness. The low carbs level of 4.7 grams and calories of 101 throws its nutritional advantages up a significant notch. Its 4.1 percent ABV ensures that you can enjoy several bottles of this low-purine or purine-free beer.

This beer has zero of almost everything – purines, calories, carbohydrates and alcohol. This makes it one of the healthiest beer options out there. However, its taste, aroma and mouthfeel are not zero. While some people feel like this beer is not similar to most beers,  it often tastes like a summer cocktail.

Therefore, you may want to have it as a companion for barbecue after a hot, sunny day. It also fits perfectly with grilling vegetables. If you are a fan of non-alcoholic beers with ultimate nutritional benefits, then Asahi Dry Zero is the perfect drink for you.

– Why Choose Low or Free Purine Beers When You Have Gout?

High levels of purine can trigger gout in people who already suffer from this condition, so it is usually safer to go with low-purine beers or those completely void of purine.

Beers and other alcoholic beverages that are particularly high in purine get broken down into uric acid with a large amount remaining in the body, and too much uric acid in the body causes a condition known as hyperuricemia, where crystals will form in the body. These crystals often settle in joints to cause gout.

– What Beers Should You Avoid With Gout?

Bottle-conditioned beers are the first to avoid since they contain twice as much yeast as regular beers, so stay away from any beers that are called “bottle conditioned” or “barrel-aged.” You should also avoid those that have a high alcohol content (always stick to the 4-5 percent options).

Unfiltered beers and wheat beers are also beers to avoid because they contain the most purines. Some people will tell you to avoid beer entirely if you have gout. However, the beers discussed above will not expose you to gout triggers. 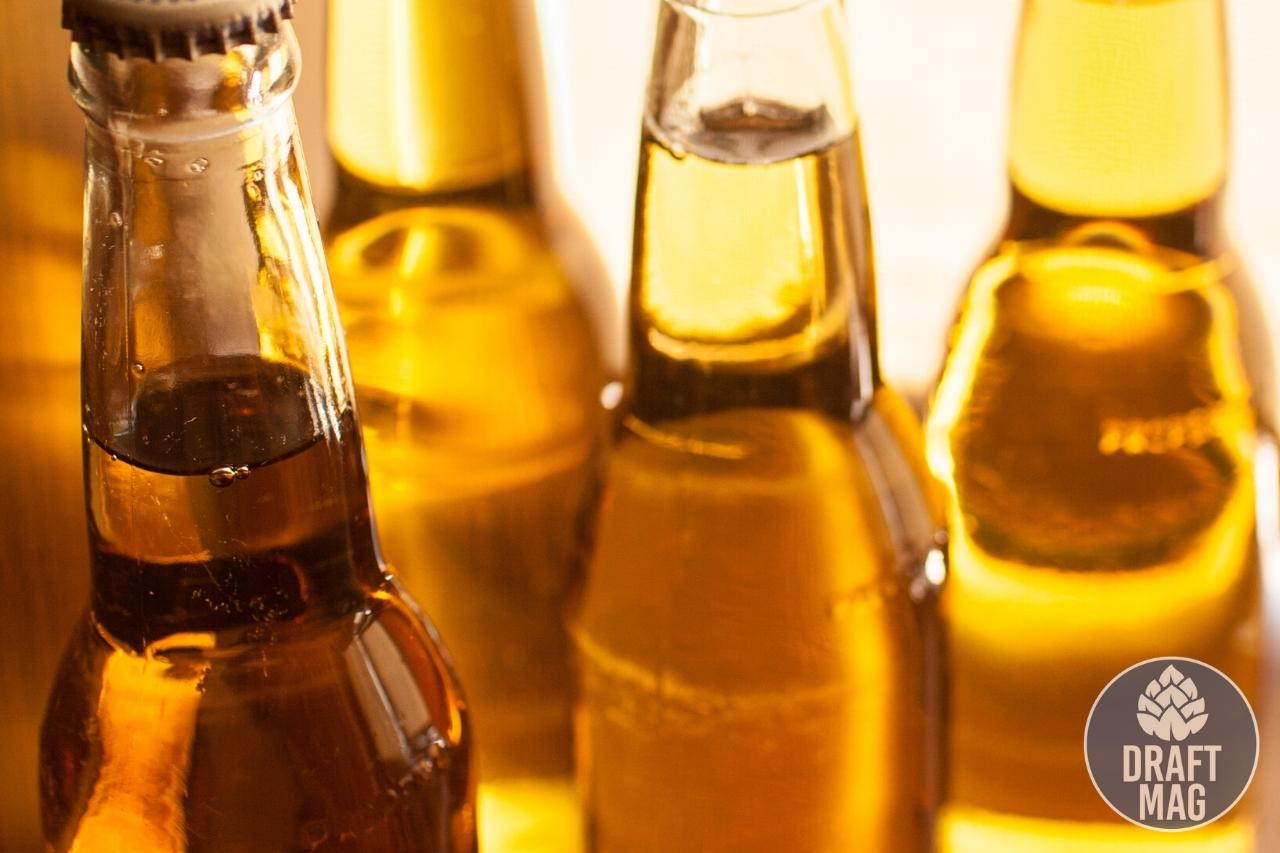 The information provided in this article will help you choose the best beer to enjoy if you have gout.

Don’t let your condition stop you; grab one of these beers today!