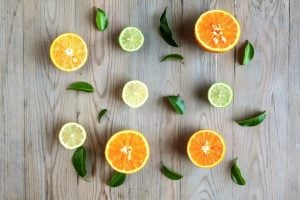 The right yeast nutrient substitute can save your beer’s flavor by providing the nutrition that yeast requires for fermentation. If you’re new to brewing, you may or may not know that yeast nutrient serves as a rich source of energy for yeast. In its absence, the yeast won’t develop properly and even die, which will consequently affect fermentation.

So, if you don’t have yeast nutrients and look for an alternative, this post covers all that you should know.

Yeast nutrient is crucial in making beers because it delivers many essential compounds that yeast requires. The compounds that yeast needs include nitrogen, amino acids, fatty acids, or vitamins. These things are involved in the formation of the new yeast cells that help it to thrive in the wort.

Diammonium phosphate is a salt that acts as a source of free amino nitrogen (FAN). Nitrogen is an essential compound that yeast needs during fermentation. The presence of free nitrogen in the wort helps the yeast to perform various metabolic activities.

Vitamins, thiamine and biotin present in the yeast play a crucial role in the different metabolic processes of yeast. These nutrients mostly act as coenzymes and speed up the activity of yeast during fermentation.

Both magnesium and zinc increase the production of yeast cells, which in turn increases the fermentation rate.

Substitute for Yeast Nutrient: Which Options Do You Have?

The substitutes mentioned before are a suitable replacement for yeast nutrients. But, if you want the best, then you should opt for brewer’s yeast. It helps in increasing the fermentation rate the same way yeast nutrient does. This is because they share a common origin, derived from the same fungus.

Can You Make Yeast Nutrient at Home?

Yes, you can make yeast nutrients at home. The process is fairly simple and involves easily accessible ingredients. The amount you produce depends entirely on your requirements, so you can increase or decrease the amount of the ingredients.

How To Make Homemade Yeast Nutrient?

The ingredients required and step by step process to make homemade yeast nutrient is given below: 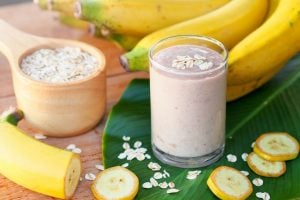 Start with adding water, tomatoes, wheat, oats, barley, raisins, and bananas in a pot. Heat the mixture at a high flame for some time. After that, simmer at low flame for about 30 minutes.

What Are Primary Yeast Nutrients?

Can Old Yeast Be Used as a Yeast Nutrient?

Yes, old yeast can be used as a yeast nutrient. Old or dead yeast is a good source of many micronutrients as well as macronutrients. A combination of all these essential nutrients makes it a good substitute for nutrient yeast.

When It’s Not Necessary To Use Yeast Nutrient?

If you brew a beer with nutrient-rich grains, then there is no need to add yeast nutrients. The grains produce enough nutrients to promote healthy yeast production in the wort. In that case, it will not be necessary to use yeast nutrients.

For example, if malted barley is used for brewing, the yeast will get all the required nutrients from the compounds produced during fermentation. So, the addition of yeast nutrients will be of no use. Feel free to skip that step!

When To Use Yeast Nutrients in Beer Making?

While brewing beer, you’ll have to use yeast nutrient to provide food for your yeast in the following cases.

A gravity beer produces more alcohol as a result of rapid fermentation. All the yeasts present in the wort can tolerate alcohol up to a specific level. If the alcohol exceeds the tolerance limit of yeast, it becomes difficult for it to handle the stress. As a result, fermentation can stop.

In such cases, you can use yeast nutrients to ensure that yeast gets enough energy during fermentation, so that the process can continue.

– Brewing a Beer With a High Proportion of Adjuncts

If a beer contains a high proportion of adjuncts, then you’ll need yeast nutrients. For example, if plain sugar is used as an adjunct and is responsible for more than 25 percent of the fermentation, your yeast won’t get sufficient nutrition. This is because sugar lacks real nutrients to promote the development of yeast. So, adding yeast nutrient during fermentation will become essential in this case.

What’s the Best Time To Add Yeast Nutrients to the Wort?

Can You Use Too Many Yeast Nutrients?

No, you can’t use too many yeast nutrients. You may think that it’s a fermentation booster, so adding a higher amount will make beer quicker.

However, it is still best to regulate the addition of yeast nutrients in wort. This is because the presence of too much yeast nutrient — we are referring to a very large amount – produces an organic compound called ethyl carbamate. The higher levels of this compound are associated with cancer in humans. So, the levels of yeast nutrients should be checked frequently during fermentation.

How Much Yeast Nutrient Is Safe To Use?

Yeast Nutrient vs. Yeast Energizer: Are They the Same? 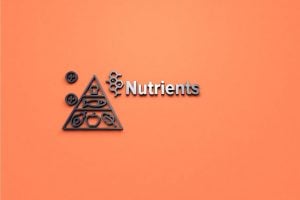 Finding a suitable substitute for yeast nutrient is tricky, but now you have all the info it takes. After reading this article, yow you know that:

Once you’re confident that you know everything about yeast nutrients and their substitutes, you use them as per your requirement. Just make sure that you don’t exceed the recommended levels, as they negatively affect your health.