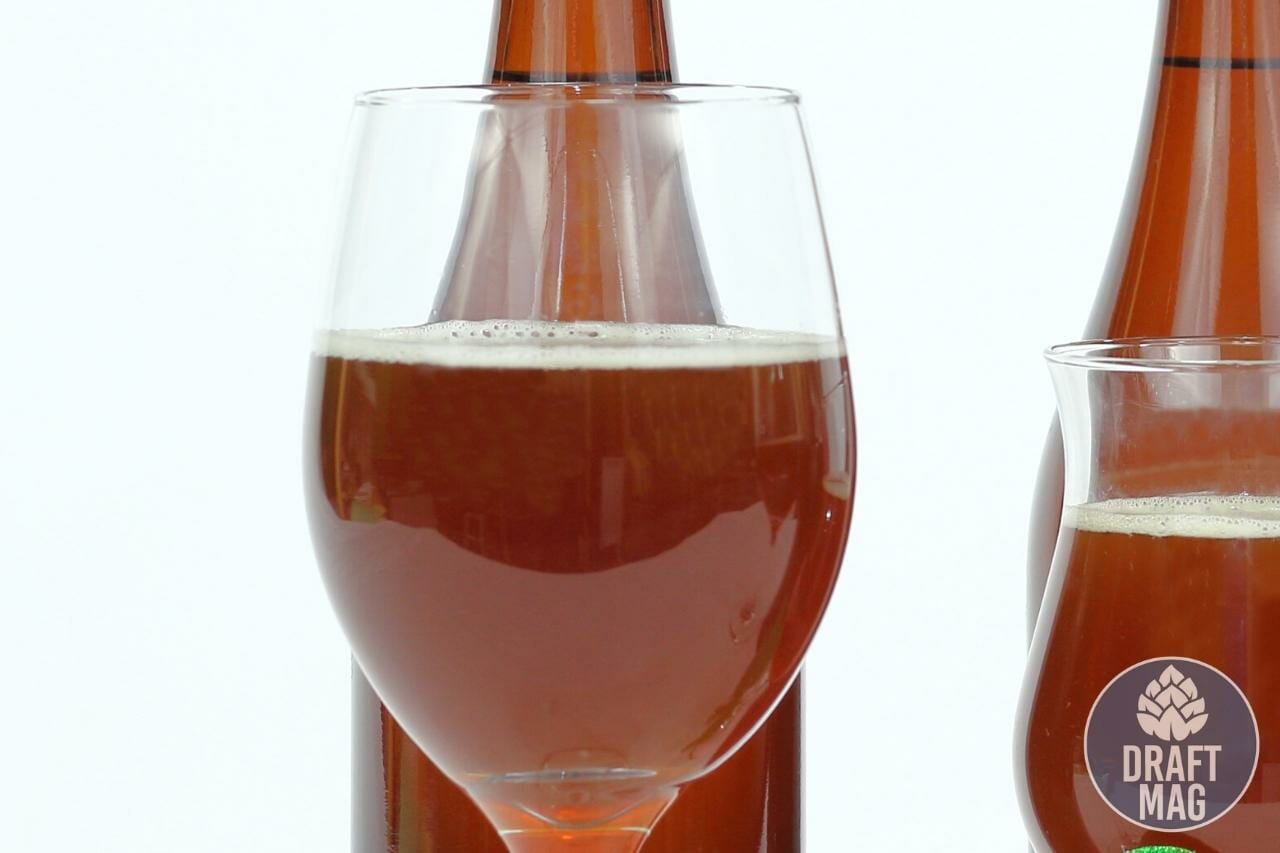 The existence of Lambic beer is deeply rooted in the Belgian beer culture as it is known for its funky, fruity and spontaneous character. Lambic-style beers have a slight mystery and intrigue to them.

These beers have a little something extra over other traditional beers, making it a fun drink.

Read this complete guide to learn everything there is to know about Lambic beers.

What Is a Lambic Beer?

Lambic beer is a naturally fermented beer that has a distinctly sour taste and mild carbonation, a thick mouthfeel and a cloudy appearance. Lambics are best made with excess spontaneity, exhibiting a wide platter of complex flavors. Instead of adding artificial yeast, these beers use wild yeast and bacteria for their fermentation.

Traditional beer styles are made with a careful selection of grains and yeast, and when it comes to Lambic beers, brewers leave things to chance. Lambic beers are usually left in the open where wild bacteria can take up residence, which is called the open fermentation process.

The result of spontaneous fermentation is a delicious yet sour beer. Some fruity esters are then added at later stages to bring a delicate balance to the sourness of the beer, which is what gives the beer its wild, funky character.

Lambic beer alcohol content varies between 5-6.5 percent, and some specialty Lambics are fermented with fruits like raspberries and musket grapes. This is usually done to add another layer of complexity to the beer. This process helps create a nice balance between the sour brew and sweet fruit flavors. This beer is particularly brewed in Brussels, Belgium.

– Characteristics of a Lambic Beer

The Beer Judge Certification Program (BJCP) describes the Lambic beer as “a fairly sour, moderately funky wild Belgian wheat beer with sourness taking place of hop bitterness in the balance. It is spontaneously fermented in the Brussels area and usually served uncarbonated.”

These are the key characteristics of a Lambic Ale:

How Is Lambic Beer Made?

Lambics need to be boiled for a minimum of three hours, with some beers boiled for an even longer period. This helps add layers of complexity to the beer. One of the biggest differences in the process of making Lambic beer is spontaneous fermentation.

In this process, a brewer exposes the wort to the open air using a Coolship, which is a big, shallow trough that brewers use to cool the beer down.

In the past, when the right tool for beer making and cooling wasn’t fully developed yet, brewers used Coolships to cool their beers. What they didn’t understand was that Coolships meant natural bacteria and microorganisms attacking the beer, which oftentimes leads to skunked beer. Over time, brewers learned this and turned to cooling containers, but with the discovery of Lambic styles, Coolships stayed in trend.

The Lambic brewing process involves various complex procedures. If it is your first time brewing a Lambic, throw everything you know about brewing traditional beers out the window because Lambic is a whole new world altogether.

The ingredients of a Lambic style beer include 40 percent unmalted wheat and 60 percent of any base malt like barley or oats. These grains go through the process of vigorous mashing. After being forcefully mashed together, the wort then boils for a long time. The boiling time can last from three to five hours, which is called a marathon boil.

The desired set of aged hops is then added. Aged hops are used as they can lend a subtle bitterness to the beer. Once the boiling process is over, the wort Is then transferred to a Coolship for cooling down.

The idea of using a Coolship is to allow the beer to pick up natural bacteria from the environment. Here enterobacteria start metabolizing small amounts of sugar from the malt. At later stages, some further fermentation is driven by saccharomyces yeast.

There is a certain spontaneity in the fermentation process which magically adds natural bacteria into the beer. After the cooling process, the beer is transferred to a holding tank to complete the fermentation. Technically, brewers take advantage of nature’s traditions when it comes to brewing Lambic-style beers.

As the last step of the brewing process, Lambics are put in barrels for aging and are further fermented by bacteria. Some of these include pediococcus, which is responsible for acidity, and Brettanomyces, which is responsible for slowly fermenting all the complex sugars in the mash and mellowing the acidity of the beer, thereby creating a delicious balance on the palate.

These barrels are called puncheons and the beer is aged in them for one to three years. The overall Lambic beer-making process attracts a lot of spontaneity, unlike traditional beer making. 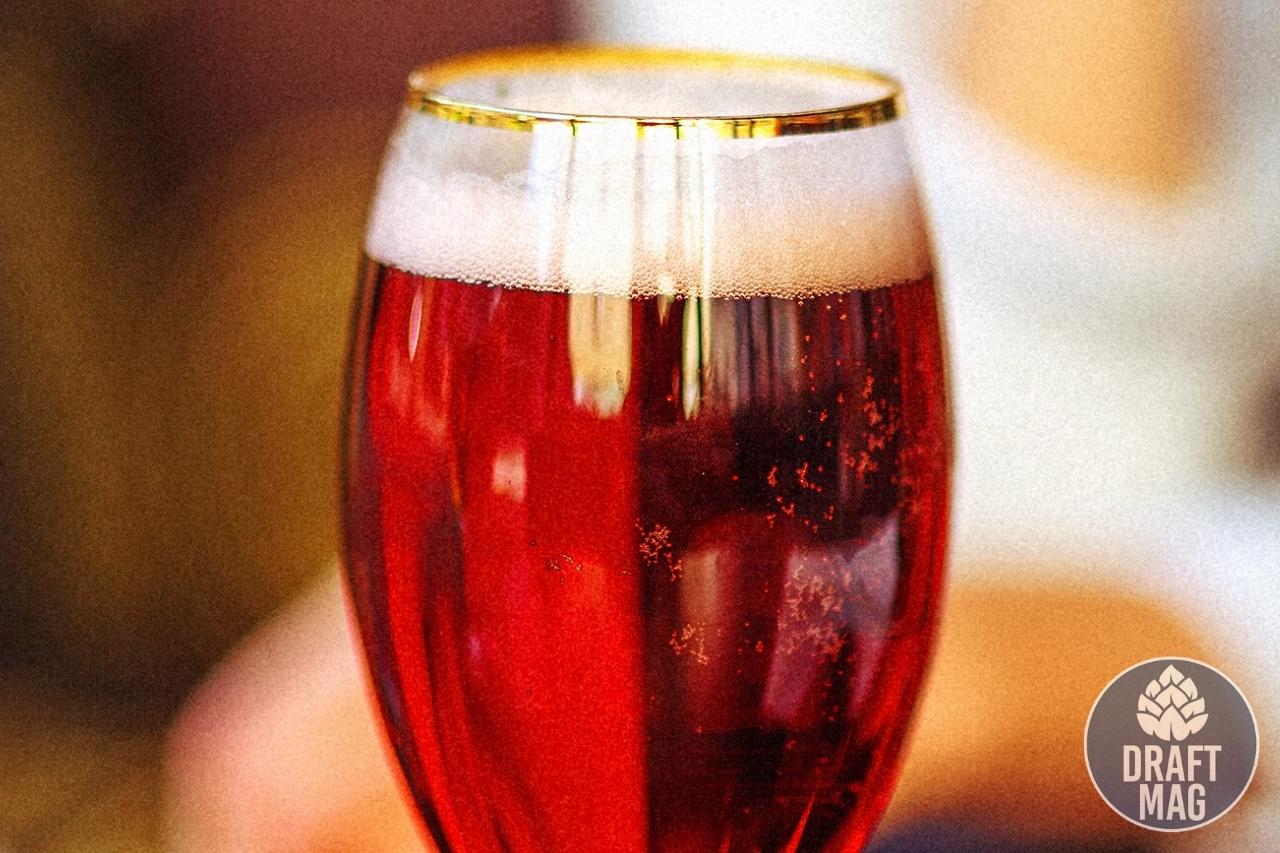 Lambic beer has an extremely complex character as the techniques used in brewing a good Lambic beer create an extremely unique profile. A good quality Lambic beer will have some funky, musty, barnyard and even a dirt flavor. There are some citrusy lemon flavors alongside some acidity thanks to the added fruity hops. Good Lambic beer is extremely well balanced.

Lambics cannot be all sour or all fruity, so the complexity of Lambic beers also depends on their aging. Freshly brewed Lambic beers can have a rough taste around the edges. Midway through the aging process, a Lambic beer starts to develop some funk alongside some fruity aromas. As the beer ages more and more, it develops a higher sense of balance.

Because of this, the true taste of a Lambic beer completely depends on its cycle of aging. In simpler words, sourness is an important part of the flavor profile of a Lambic. It can be dry or sweet, clear or cloudy depending on the ingredients used by the brewer.

The brewing rules of a Lambic are quite bizarre.

These beers are rarely available outside Brussels. They are unblended sour beers and must contain at least 40 percent unmalted wheat, which is responsible for providing a hefty body to the beer.

Most hops used here need to be aged between one to three years. The bill also needs to be aged for one year. A straight Lambic has minimum hoppiness and negligible bitterness.

Additional fruits do not sweeten a Lambic. The slight sweetness that exists in a fruit Lambic is captured by the yeast during fermentation. However, the fruits used here vary depending on the flavors chosen by the brewer. The baseline profile contains cherry, raspberry, blackcurrant, peach and apple.

Gueze is a Lambic made by blending together old and new batches of beer. These beers have the highest level of complexity that is reached between one to three years. These beers are highly carbonated and bottle fermented.

When it comes to finding the best Lambic beer, you must look for one word – old. It takes time and passion to brew a proper Lambic. Some American craft brewers have taken over this style for their seasonal releases.

Some of the top Lambic beer brands are:

Timmermans is known to be one of the most-renowned breweries in Belgium. The Oude Gueuze is one of their most delicious brews of all time. It pours clear gold with a super long-lasting head, leaving some decent lacing around the edges. On the nose, this beer has fruity flavors of apple and lemon.

Acidity is also easily felt, and on the palate, the beer is as it smells. There is ample presence of lactic acid and the beer is full of flavors of lemon, apple and tart. There is very light bitterness and an overall full mouthfeel.

This beer is aged in vats that are as old as 100 years. De Cam’s Lambiek is a complex blend of unpasteurized three-year-old Lambics selected for their character and roundness. On the first sip, a slight presence of cedar and some light acidity can be felt. It has a silky, medium-light body that has an orange zest exhale.

Flavors of green apple, light funk, orange peel, grapefruit and wet wood can be felt. Overall, this is a world-class Lambic that spends over three years in the barrel and three years in the bottle. The long fermenting process almost kills any alcohol notes and makes it a perfect drink for warmer weather.

With an Alcohol content of 8 percent, this Lambic is a combination of 95 percent mild Lambic and 5 percent fresh Lambic and is aged for at least three years. It gives some light sour and berry-like taste, building a pleasant balance from oak barrels.

Some mild fruit flavors of apple, pear, orange, peach and vanilla can also be felt. There is ample presence of alcohol warming, and the drink has a smooth finish.

This beer represents three vintages of spontaneously fermented beer and one year of bottle maturing. The beer conditions four winters in a bottle, hence the name. It is extremely fruit-forward without the presence of fruit and easy to drink. This is an American take on a traditional Belgian Lambic, and it does not disappoint. 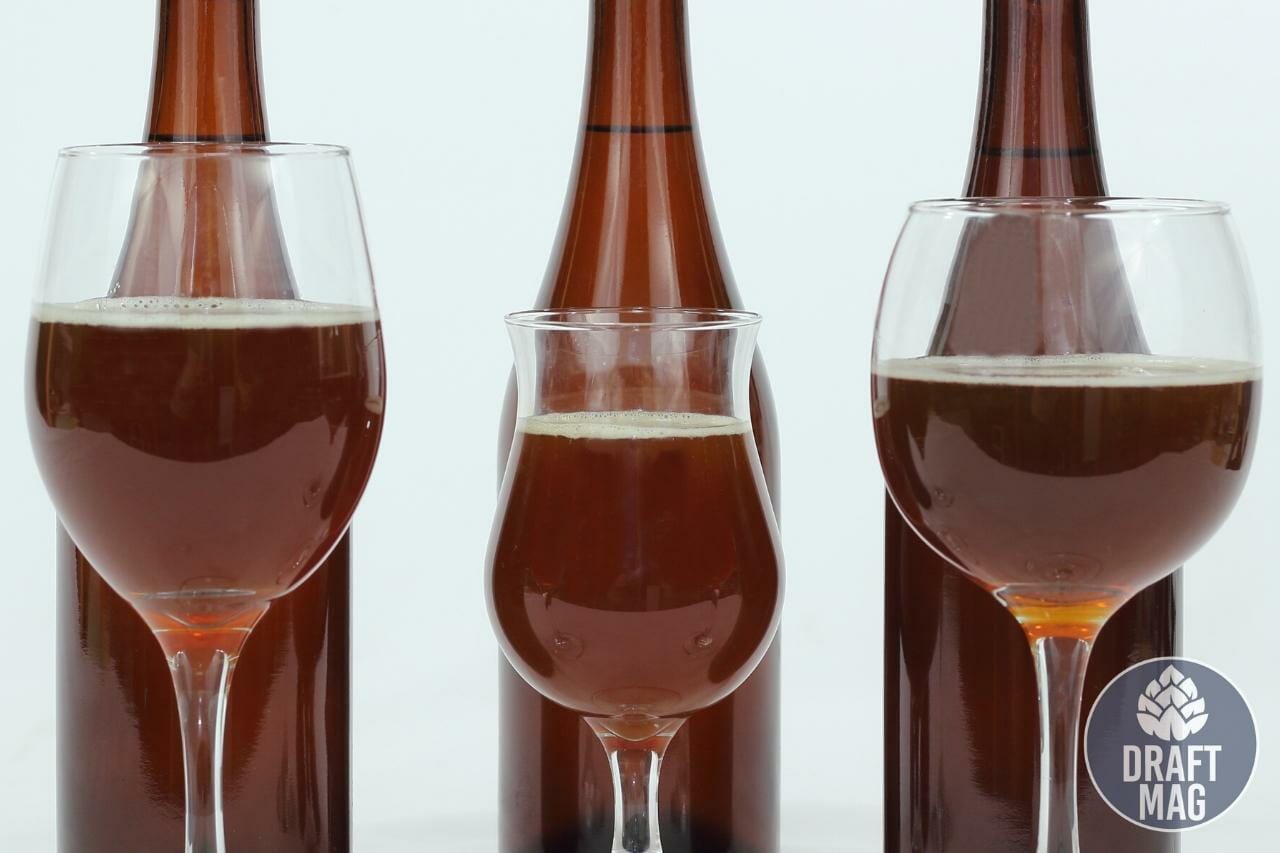 Lambic beers are extremely volatile, mainly because of their wild character and spontaneous fermentation techniques. Some characteristics of the Lambic are:

Lambics are a whole other world of beers and require special skill and immense patience to be made.