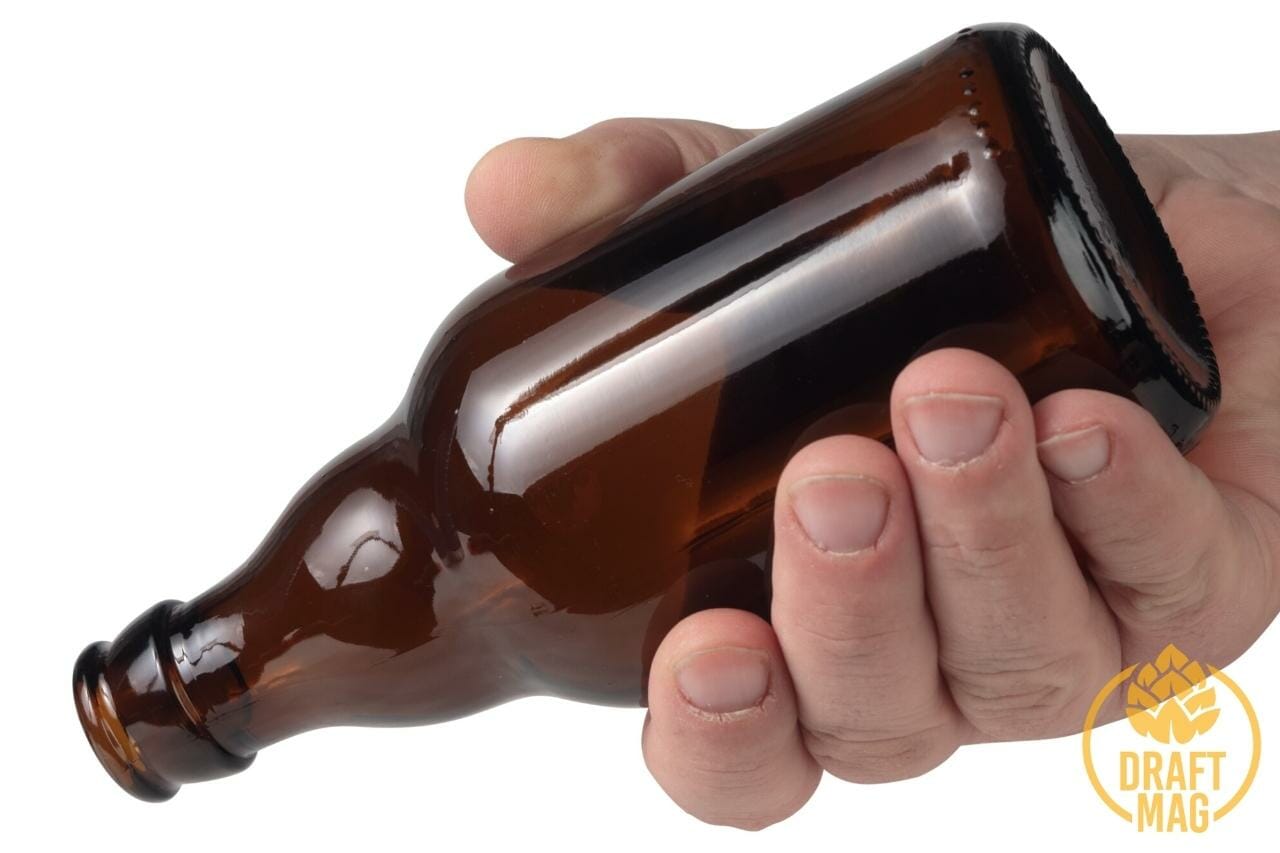 Beer pony bottles are perhaps the most miniature beer bottles used in packaging commercial-grade beers. These bottles are pretty cute and most suitable for lightweight drinkers.

Its attractiveness could also be a way to attract non-beer drinkers. Without further ado, continue reading as we discuss these bottles in greater detail.

What Are Beer Pony Bottles?

Beer pony bottles are small-sized bottles containing about seven ounces of beer. These little bottles are referred to as the “pony.” Though they are small, their size does not affect the beer quality as these bottles usually contain commercial-grade beers.

The origin of these bottles can be traced as far back as the 18th century.

What Size Is a Pony Beer?

The beer pony bottle is the smallest of the conventional bottles for beer, with a capacity of about 140 ml. The most common sizes are the 12 oz and 16 oz bottles. However, a pony bottle can only hold about half of that, which is seven ounces.

Miller High Life has presented beer in these miniature bottles to its customers as far back as the 50s. Other famous brands like Corona and Rolling Rock have used these little bottles at one time. However, they are no longer as common as they once were. Brewing companies now prefer to use bigger bottles in packaging beer.

Pony beers are so small to ensure that they are mostly cold and less likely to get warm. The popular notion is that ponies are smaller than regular bottles because they are specially designed for use in the summer.

The small size also makes them great choices for gatherings with family and friends. The attractive nature of the bottles could attract non-beer drinkers. Moreover, they are just a 7-oz bottle of beer and shouldn’t cause any actual harm.

Why Choose a Pony Bottle for Your Beer

A pony beer is the best option for lightweight drinkers and people who are new to the beer world. It is a great way to start your beer journey. You could also use these bottles to cut down your beer consumption.

Here are some scenarios where the pony shines bright.

Taking beer in ponies is a great way to monitor calorie intake, especially for beer lovers. However, the calorie content in individual beers is distinct. Since these are beers presented in smaller bottles, in fact, the smallest form of a beer bottle, you are assured that each bottle will fall in the range of the low-calorie beer.

For example, Beer ponies of Coors Light and Miller Lite contain 60 and 56 calories, respectively. Two ponies of each beer still fall within the range of a low-calorie beer. Even Ponies of High Life, which has 83 calories, is still pretty low.

A pony should be your go-to option for a first date. You get to save money when it’s not going well or you are not feeling the vibe. After all, it’s just 7 ounces and you are out of there. Moreover, you don’t want to risk yourself or your date getting drunk on the first date.

On the other hand, if it’s going pretty well, you can always order more bottles. Just make sure you drink safely and responsibly.

Because of their small size, Pony beers get chilled quickly. When you drink them, you are done with them in little or no time, so they basically never really get warm. The pony is sometimes said to be explicitly built for summer.

Even when you are outdoors under the shining sun, you can easily preserve your beer in small coolers to ensure they remain cool. Also, they are pretty attractive and an exciting option for friends who aren’t beer lovers. You can easily convince them to have a bottle — after all, it’s just seven ounces.

Why Are Small Beers Called Pony?

The dictionary meaning of the word pony denotes something small, be it for a horse or a serving of an alcoholic beverage; aside from bottles, the word pony in reference to beers also links to kegs and glasses.

The pony keg can be related to the bottle variant since they are both small and appear stubby. A pony glass refers to either a quarter-pint glass of beer or a stemmed glass of about one ounce. Like the bottles, the glasses can also contain approximately 140 ml of beer. Ponies are more common in Australia, especially in the mainlands.

The origin of the first “pony” beer bottle isn’t entirely certain, but with knowledge of history, we know that Miller is the first large-scale producer of beers in this tiny bottle now referred to as the pony. Rolling Rock, too, appears to be one of the first brands to describe beers in the seven ounces bottles as pony beers. 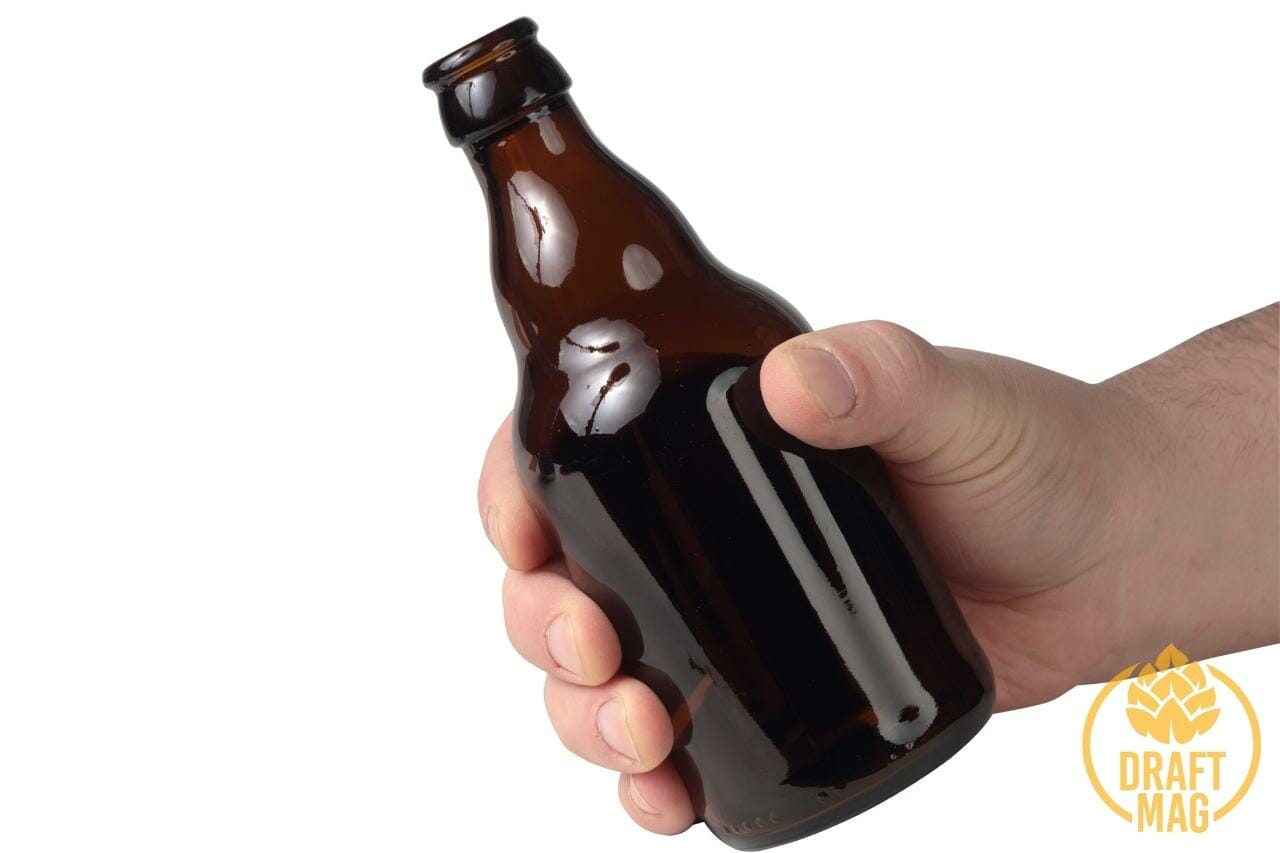 However, a story says the origin of pony beers traces back to the old horse race carnivals. It noted that patrons would go to the bar with their ponies (small horses) for a quick drink between races. Since there’s only a short period between these races, most patrons prefer to take beers in small bottles. Hence, brewers started producing beers in smaller bottles – called the ponies.

– How Does Pony Relate to Nip Beer?

The word “nip” about beer means the same as pony beer. It is the abbreviation of the word “nipperkin,” which means a small amount of something such as beer or any other alcoholic beverage. Over time, it is now used interchangeably with pony beers to mean the same thing.

Miller is a well-known brewing company specializing in brewing its craft beers in ponies. These well-crafted beers use top-quality ingredients coupled with excellent brewing techniques. Consequently, the result is a rich, full-bodied beer in these mini bottles. Miller Lite has an exciting taste that perfectly fits and redefined the game for American light beer.

Miller High Life and Miller Genuine Draft are also available in ponies. To state a fact, Miller has made beers in ponies on and off as far back as the 1950s. Other notable pony bottle beer brands include Coors and Corona, and they still brew beers in these mini-sized 7-ounce bottles.

– Are There Still Pony Beers?

Yes, there are still pony beers. However, they are not as common as those in regular standard 12-ounce or 16-ounce bottles or cans. Since the mid-1900s, Miller has been using the pony bottle on and off to distribute beer.

Today, Miller Lite, High Life and Genuine Draft are all doled out in bottles of seven ounces. Coors Light and Corona extra also come in these tiny bottles.

Other Kinds of Bottles for Beer Packaging

The other common bottles you will find in bars, pubs or stores generally include the following:

Coors Banquet and Red Stripe beer are typical beers in stubby bottles. These bottles have the same capacity as the 12-oz standard bottle. However, they are short and stubby with shrunken necks.

The bottled beer in your fridge is probably a longneck. The longneck 12-ounce bottle refers to the Industry Standard Bottle (ISB). They are sometimes called the North American long neck. It is the typical bottle you find beer in most liquor stores, bars and pubs.

British bottles are the standard bottles for beer used in the UK. The sizes of these bottles vary; some weigh 16.9 ounces with a capacity of 500 ml. Also, the 330 ml and 275 ml bottles are pretty standard in the UK.

Most Belgian beers come in the 330ml, 11.2 ounces bottles. They are the go-to bottles for most Belgian lambic and gueuze beer. However, these bottles are not limited to only Belgian beers.

Also, the sizing of these bottles varies, as we have some weighing about 12.7 ounces and having a capacity of 375 ml.

As the name suggests, these bottles are large. They are actually two different bottles: the 22-oz bomber, containing 650 ml, and the 25.4-oz large bottles, with 750 ml.

The large-format bottles design is similar to those of champagne bottles. Brewers use this pair of bottles for special limited edition and barrel-aged beers.

Growler bottles are large and shaped in the form of a jug. They are usually about 64 ounces, containing almost 2,000 ml of beer. These beer containers are mainly used for beers drunk fresh from the source.

The crowlers are basically growlers in the form of a can. They are often smaller than the growlers, about 32 oz, containing approximately 950 ml of beer. These containers are already gaining popularity in the U.S. 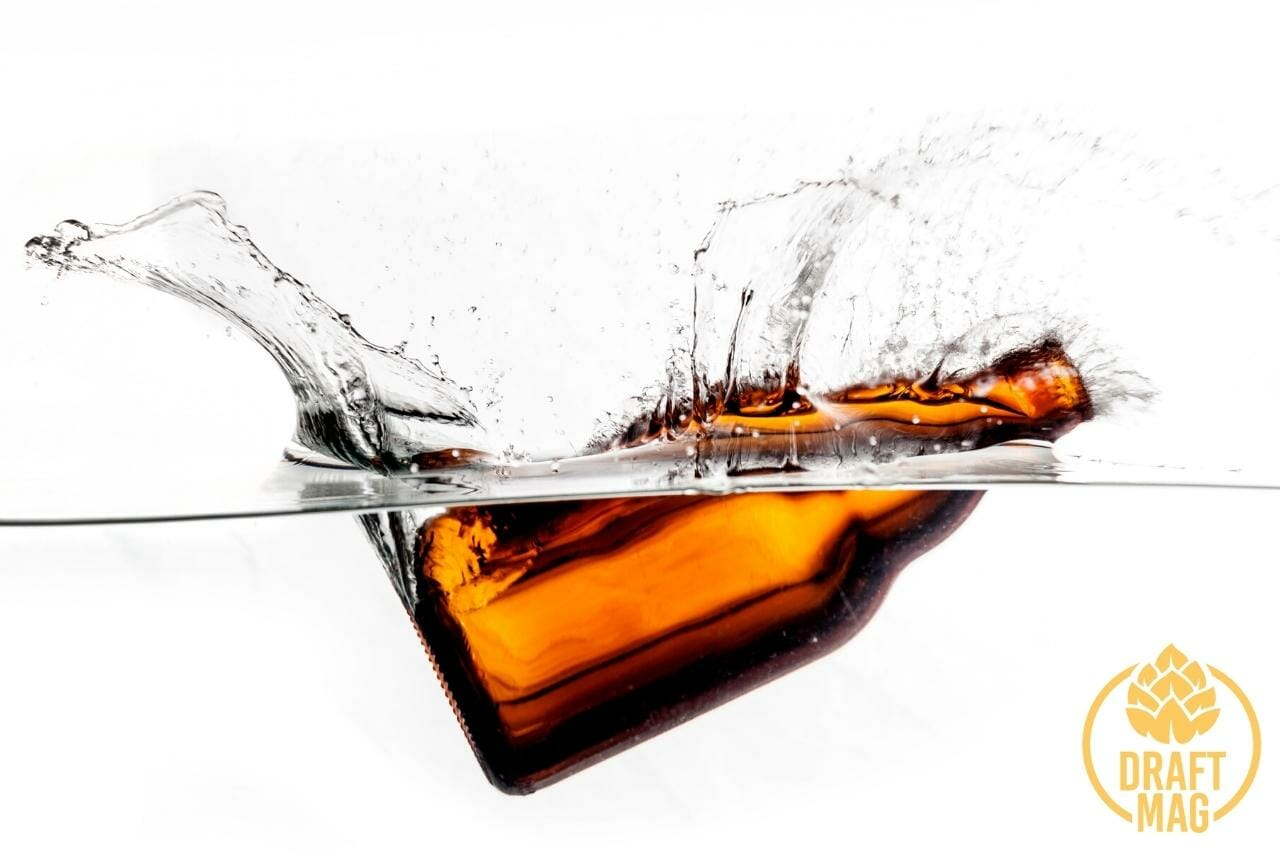 Pony beer bottles are mini bottles, perhaps the most minute kinds of bottles for commercial grade beers. We’ve discussed a lot about the miniature bottles; let’s have a quick summary: