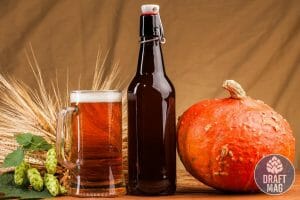 With the variety available in the market, finding the best pumpkin beer would be quite a task. But this article will make it easy for you as we have compiled a list of the best pumpkin spice beers from around the world. Every fall comes fresh seasonal produce of the season’s favorite beers for a limited time.

With so many delicious options laid on the shelves, skip pumpkin spiced lattes and cookies this time for a seasonal pumpkin beer!

The Best Pumpkin Beer: 13 Best Beers You Should Try

It is tough to pick any one best pumpkin beer, so here is a list of the very best, most preferred pumpkin beers:

This is arguably one of the best pumpkin flavored beers out there. The brewers use 100 percent authentic ingredients and fresh, high-quality malts. The brewery grows its own gourds. They are harvested, cut, and roasted by hand right before the mash. This creates a rich flavored beer with authentic sweetness.

This is one of the more unique pumpkin ales you can try. The spice level in this beer is strong, and the Belgian yeast sets it apart from the rest. This beer is dark amber and has rich copper hues.

Nothing feels better than a nice, spicy, full-bodied pumpkin beer on a cold, crisp autumn night. This beer is perfect for those who enjoy raw spices and low bitterness.

Beer drinkers would call this a “crushable” beer, which means a beer super easy to drink; you just crush it. The UFO Planet Pumpkin is just that. It is medium-bodied, bubbly, and a breeze to drink.

This beer is a perfect hybrid between a pumpkin ale and an IPA where the pumpkin feature dominates. It is a medium-bodied beer, smooth to drink.

At 7.5 percent ABV, this beer boasts earthy hops and a multitude of hops, including chocolate and caramel. Fresh pumpkin puree and vanilla curb are added to bring the bitterness balance. This is the perfect pumpkin craft beer ever made. 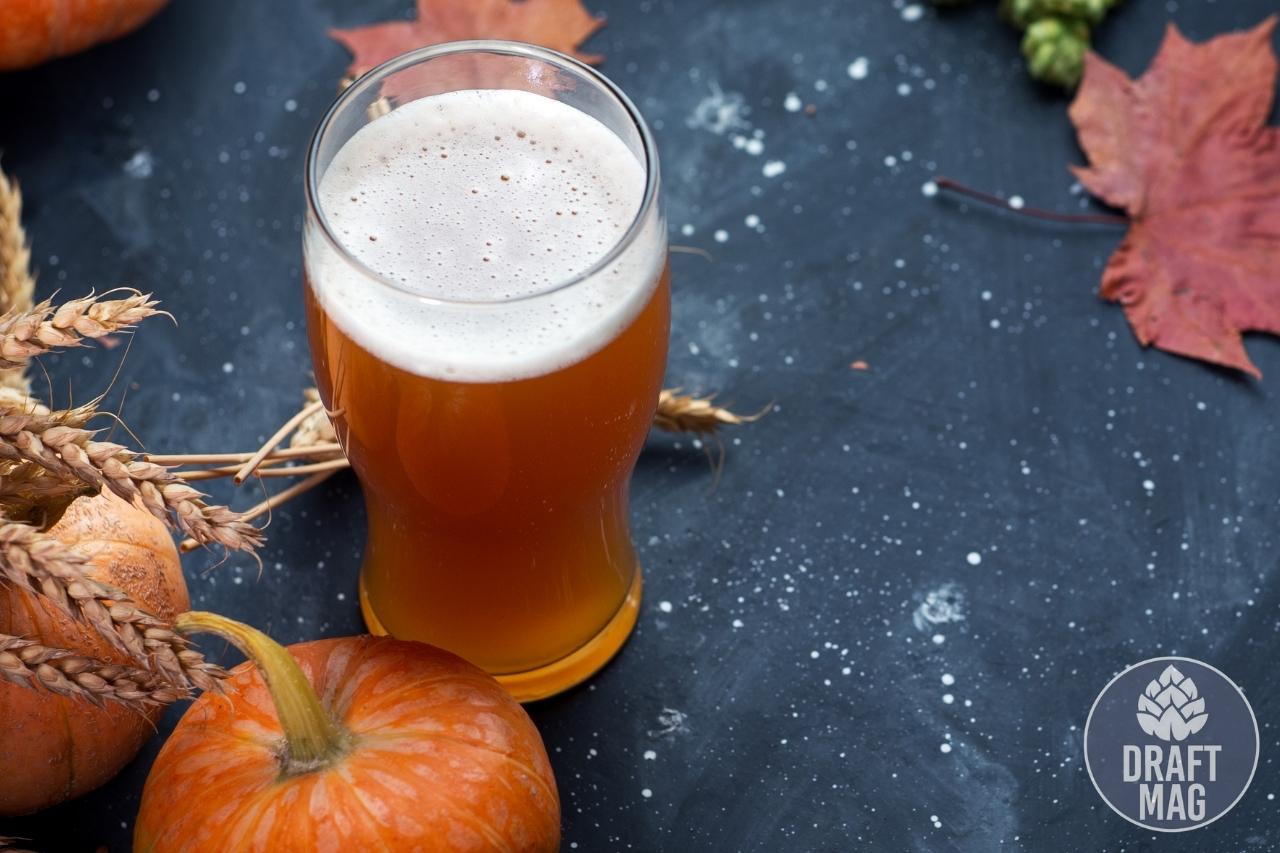 This has been called “The Thanksgiving Beer” by many folks for one simple reason – It tastes super sweet. So, this is a must-try if you don’t mind sweet beers.

It has an ABV of 5.5 percent, making it a good holiday evening drink. It has bare-minimum bitterness at an IBU of 8. It is available from August to November. This is an excellent light pumpkin beer.

When the nights get colder, it only calls for good pumpkin beers. Two Roads is one such beer. At an ABV of 6.6 percent, it is quite a strong beer in the pumpkin category. It gets treatment for rum barrel aging. The barrel aging process is used when a brewer wants to add extra complexity and off-hand flavors to the beer.

Friend of the Farmer Pumpkin Pie Porter is an extremely smooth beer brewed with a balanced combination of roasted pumpkin and a blend of various spices alongside lactose to enhance the mouthfeel. With an ABV of 7 percent, this is a pretty strong beer.

Pumpkinator is an imperial stout brewed with the best quality malts and hops. At an ABV of 10 percent, this is an extremely strong beer, so a couple of these and you’d call it a night. It is a big, boozy, spiced pumpkin stout counted as a slow sipper for thanksgiving.

This is one of the most unique and complex pumpkin beers ever made. It is the perfect winter beer with coffee, pumpkin, and spice flavors, creating a cozy balance. If you are a fan of the Starbucks Pumpkin Latte, this beer is for you. Instead of coffee, it is beer. This beer is available from September to October.

This is the type of pumpkin beer for people who dislike pumpkin beers. It has very mild pumpkin flavors that don’t overpower your palate. This beer is available from early September till thanksgiving. It is clear, bright amber in color, and has a thick white foam.

This is one of the best, strongest pumpkin beers available in the United States. It has an ABV of 8 percent, is hearty, rich, spicier, and stronger than other pumpkin beers out there.

Imperials are big beers. They are generally really strong in flavor and alcohol percent. It is malt-forward, bready in aroma with some brown sugar to balance off the slight bitterness.

At a whopping 13.5 percent ABV, this pumpkin beer is the daddy beer of all the others listed here. Maybe not in terms of taste, but in terms of Alcohol content, this beer is the winner. It is one of those beers that must be slow sipped on after a thanksgiving dinner, alongside a nice desert-like apple pie.

What Are Pumpkin Beers? A Quick Dive Into Their History

Brewing beers using Pumpkin dates back to the 18th century. The first commercial pumpkin ale came from the Buffalo Bill Brewery in Hayward, California. It became so popular that it was defined as a “pumpkin spice craze,” which led to producing other pumpkin-induced products like the spiced latte and pumpkin-spiced cookies.

Pumpkin ale is a famous beer style in the United States. Beers are brewed using fresh pumpkin flesh alongside malt and other beer grains and natural or artificial flavors to enhance the palate. Some brewers add spice flavors to evoke the pumpkin pie vibe.

How These Beers Are Rated: Parameters We Used

These beers on this list were judged on the following parameters: 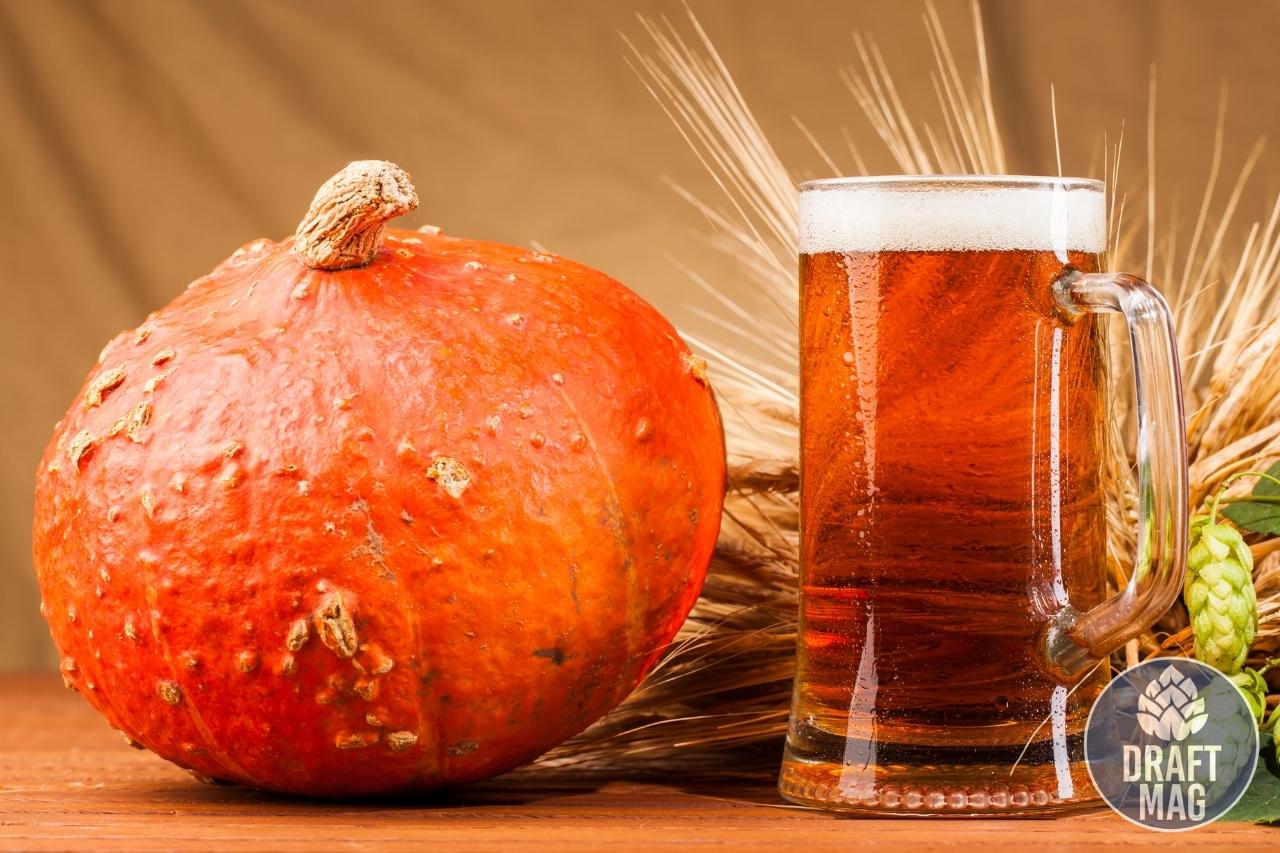 Every year with the coming of the early holiday and thanksgiving season, craft brewers work on new recipes to suit the season favorite. These 13 beers listed above are an example of what the craft brewing industry is capable of doing.

These are the best based on ABV from the above:

If you’re the kind to enjoy seasonal brews and aren’t afraid to give new beers a shot, then this list will come in handy for you.