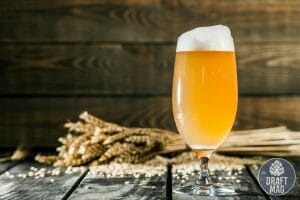 This list has everything you need to know about the craft beer scene in and around Manchester in Vermont, so pick your favorite below!

Must-visit Breweries in and Around Manchester, VT

Here is the complete list of breweries to visit if you’re in the area. 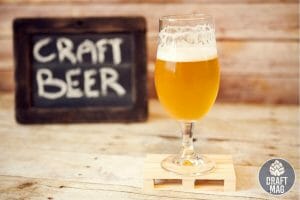 They opened in 2014 with the idea of fermenting their beers with mixed culture yeast. This brewery offers an art gallery, brewery tours, tasting flights and beer to go. They are particularly known for their American Sour and wild fermenting method.

Dark @430 is a gin barrel-aged Sour Dark Ale brewed at 6.5 percent ABV. It has a bright cranberry and cherry character with underlying maltiness that balances the overall texture and taste of the beer.

Black is Beautiful is a Kettle Soured Imperial Stout brewed in collaboration with Weathered Souls. This beer is at 10 percent ABV and was brewed to support justice and equality for people of color. 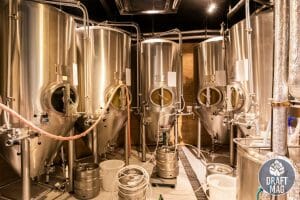 This is one of the oldest breweries in Vermont going back to 1989. They are strong supporters of sustainability. They used their original bottles and recycled and reused them. Environmental stewardship is deeply rooted in their business ethics.

They also partner with nonprofit organizations and sponsor a wide range of events for community purposes. They are experts in Farmhouse Ales.

VT IPA is a year-round beer that is hazy, hoppy and extremely smooth. With an ABV of 6.0 percent, this golden haze beer has sweet notes of pineapple, mango and orange with a malty backbone. Their classic Ale is another year-round beer brewed at 5.0 percent ABV. The beer yields a clean and crisp mouth finish. 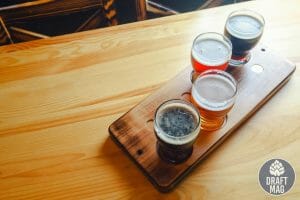 This is a family-owned and run brewery in Vermont. The Foley brewers initially started by brewing classic ginger and brown ales which led to kickstarting the brewery in full form in 2012. Their business goals run on persistent hard work, dedication and quality.

Their Session IPA is a classic American IPA brewed at 4.8 percent ABV. It is a bright and refreshing IPA flooded with citrus and pine aromas. The Foley’s Irish Stout is their signature brew. It is rich, robust, and full of strong coffee notes, with a well-balanced sweetness from vanilla beans. 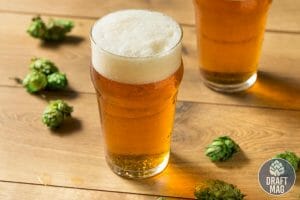 This is one of the many Vermont breweries with state-of-the-art brewhouse. Their beers are usually highly hop-soaked and are available throughout the country. They also focus on sustainability and how to dramatically think around the environment.

Their spent grains, hops and yeast are given to local farmers to feed their cows and cattle. They have a 120-barrel system spread across a 9,000-square-foot space.

The Raspberry Sour is their limited edition fruited Sour brewed at 4.75 percent ABV. It has a burst of raspberry sourness that is well-balanced with a light malty backbone. Their Free Flow IPA is a classic IPA brewed at 6.0 percent ABV. This is a year-round beer brewed using oats and a burst of citrus and earthy tones. 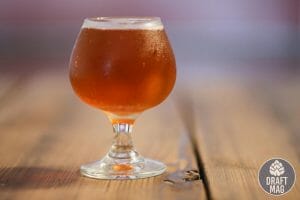 This cozy little brewery is known to brew craft beer that is hoppy and flavored Ales in Vermont. Their taproom is open only from Thursdays to Saturdays. They have indoor and outdoor seating and serve some quick bites and cheese alongside their artisanal beers.

Lush Double IPA is an Imperial DIPA brewed at 8.0 percent ABV. This beer is full of rich and juicy characters and balanced bitterness. 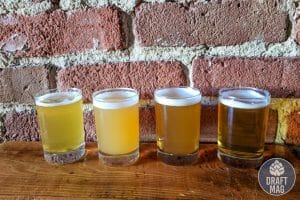 They are known for extreme imagination with fermentation. They brew using international malts, hops, yeast, fruits and vegetables to build on quality rather than quantity. This brewery was established in 2014 to brew beers of all styles. From Porters to Brown Ales to Stouts and classic Lagers, they have them all. 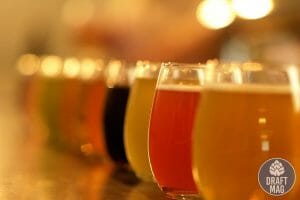 This craft brewery opened in 2002 in Southern Vermont with the idea of brewing unexpected beers with great quality. They started by brewing the signature Switchback Ale by extreme complexity and flavors. They left the beer unfiltered to naturally carbonate.

Their beers do not follow specific guidelines but instead remain open to flavorful ideas. Their taproom opened in 2014 where they often host beer-themed events like cheese and beer, stretch and sip yoga, and some short beer courses.

Their Zaboo Hazy IPA, a beer with 5.9 percent ABV is a vibrant combination of hops that amplify citrus and stone fruit aromas. Their Karston Premium Lager is a beer with 5.1 percent ABV. It is lagered for six weeks to gain the right textures of a perfectly crisp and clean Lager. 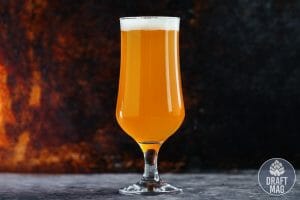 This brewery is famous for its classic and crisp Austrian Lagers and craft beers. The brewery has a capacity of 2000 barrels per year. With the goal and dream of building an Austrian-style brewery, the Trapp family started this in the year 2010. Today, they are the biggest brewers of pure Austrian-style Lagers, knowing that lagers are difficult to brew.

The Stowe Style Helles Bock is a beautiful brew with 6.9 percent ABV. The beer has a slight dry finish, with floral and grassy undertones. This is a classic springtime bock beer. 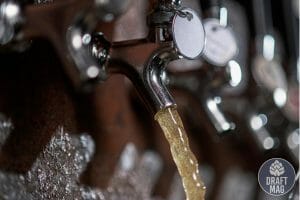 This brewery was founded in 2014 with a 10-barrel system. They specialize in Sours, Stouts and hoppy beers. Their taproom is also dog friendly.

This is also one of the many breweries in Manchester to serve delicious finger food like sandwiches, cheese boards, and kids specials. Their taproom is an airy yet cozy space with an urban decor theme. 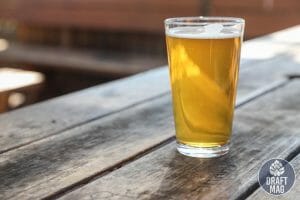 Lost Nation is yet another brewery known to produce lesser-known European Style Ales and Lagers. They have a 7,000 BBL brewery located in Northern Vermont. They place extra attention to detail with modern techniques and traditional perspectives to make high-quality beers.

Petit Ardennes is a Belgian-style Session Ale at 4.2 percent ABV. Their Gose Ale is a light and crisp summer brew at 4.5 percent ABV with notes of coriander and sea salt.

This is family owned and run nano-brewery that started in 2010. Their beers are 100 percent oak barrel fermented, bottle conditioned and aged for over one year. Their beers have a subtle balance of complex flavors. This brewery only makes one beer and people from all around the city visit here for their specialty. 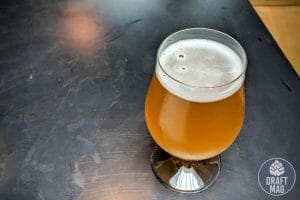 This is one of the oldest breweries in Manchester, VT. It started in 1990 and is one of the most famous breweries with mouth-watering food options. They focus on high-quality draft beer with a special focus on New England IPAs and old-world style beers.

They also offer a special children’s menu, which makes it a lovely place for the entire family to visit. The overall vibe of this brewpub is ecstatic and family-centric.

Their Downstreet IPA is a classic IPA brewed at 6.5 percent ABV. It has a bright citrus aroma and high hoppiness. Their Chocolate Milk Stout is another beer at 5.8 percent ABV full of delicious and creamy dark chocolate malt infused with cocoa nibs. 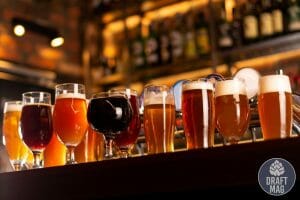 This taproom opened in 2017, offering some of the best pizzas in town alongside a delicious craft brewing experience. They brew a variety of styles that keep changing every season. This is located on the Hogback mountain top. Enjoy beers here with a great view and tasty food.

Fiddlehead IPA is a classic American IPA at 6.2 percent ABV. Their Maple Brown Ale is also pretty famous with a 6.5 percent ABV.

This brewery is open throughout the week and has an urban indoor and airy outdoor space. They brew beers using local ingredients from local farmers. This restaurant is a waterfront space in Manchester VT.

Switchman Sleepin’ is a taproom special IPA brewed at 6.8 percent ABV. The Midnight Stoner is a Cascadian Dark Ale at 7.5 percent ABV infused with coconut flavors. 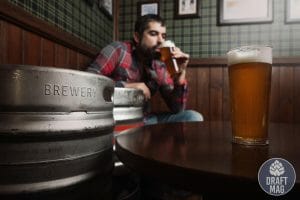 Their taproom is a simple space with both indoor and outdoor seating. They also offer ciders and seltzers with delicious food in their beer garden.

There are several breweries in Manchester Ct, both in and around the region. All of them have something unique to offer to their customers, so if you are planning on doing a brewery tour in the city, you can start with one of these fan favorites for some classic Vermont beer: 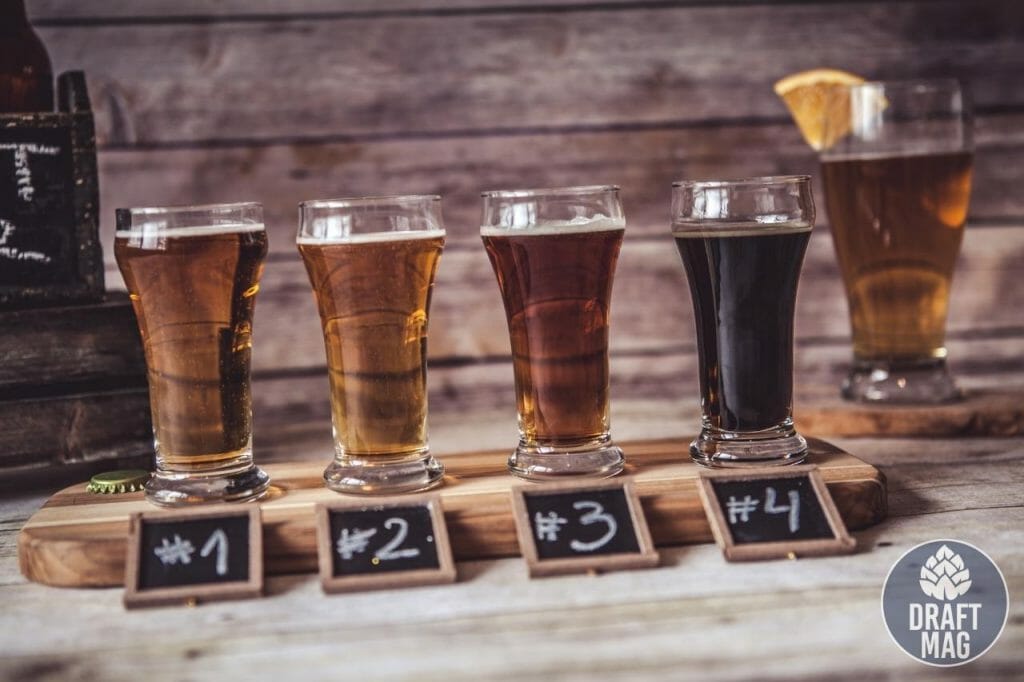 Now that you know where to start from, which brewpub out of these 15 breweries do you think has the potential to turn you into their fan? Let’s raise a toast to that!