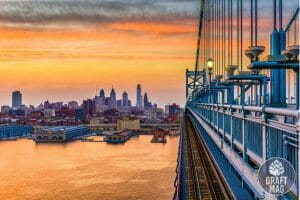 You can get the most out of the best breweries in Philadelphia because Philly is well-known for its amazing beer scene. From classic beers to experimental batches, Philadelphia is bursting with many breweries.

We have put together the best breweries in the city to get you started, all of which offer diverse beers and fun experiences. Let’s take a closer look!

The Best Breweries in Philadelphia

After reviewing the numerous breweries in Philadelphia, we finally settled on the top 30 choices. Start your beer experience with these best Philly breweries. 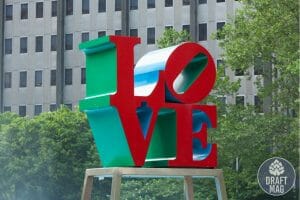 At the top of our list is Love City, one of Philly’s biggest and most famous breweries. The brewery offers a spacious, industrial-style interior space and a fun outdoor area.

They combine their delicious beers and relaxing environment with good food, making it the best brewery in Philadelphia. Here are some Love City beers to try out.

Next on our list is the Philadelphia Brewery Co, one of the oldest breweries in the Philly area. It is housed in a historic building built initially for Weisbrod & Hess in 1885.

Since its founding in 2007, Philadelphia Brewing has offered one of the best beer gardens in Philly. It also has a comfortable outdoor space and brewery tours for fans. Here are some of their top beers: 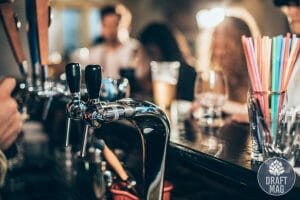 The best place in Philadelphia for a balance between food and beer is Iron Hill. The brewpub and restaurant are among the most popular in Philly, with multiple locations across the city.

Their food isn’t only a significant part; you can also look out for their award-winning beers dating back to 1996. Check out these beers when you visit:

Known for its quirky marketing gimmicks and delicious beer, Evil Genius is another top brewery in Philadelphia. The company offers 1990s music in its taproom, video games, and a Blockbuster VHS video box where the menu is.

Their beers are also named after pop culture moments and include top choices like: 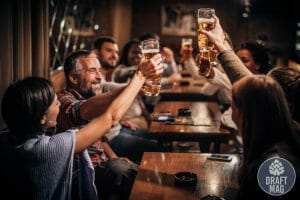 You can find Human-Robot in the old St. Benjamin Brewing building, in the quiet area of Kensington. The brewery shares a space with Poe’s Sandwich Joint, which means you have delicious food to pair with your beer.

The brewers specialize in pilsners and lagers but also offer other experimental brews. Here are some top beers to start with.

This is the most popular if you’re looking for a brewery close to the suburbs in Philadelphia. It dominates the Ardmore area and is known as a top destination for locals and visiting beer lovers.

The craft brewery, restaurant, and store offer high-hopped and funky beers, especially their milkshake IPA. Here are some beers to try out: 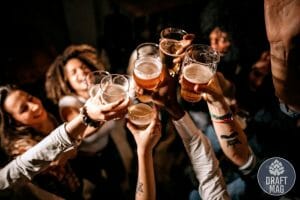 Since it opened in 1995, this brewery and tasting room has remained one of the best brewing companies in Philadelphia. The brewery has won many awards at beer festivals over the years and hosts different events during the year.

These include the Can Jam Festival and Taps, Trucks, and Tunes. You can try out the gold medal-winning Pikeland Pils or any of these top beers below.

You should also check out Urban Village, as it is credited for bringing the beer scene back to Northern Liberties. You can enjoy their unique beers in the taproom or on outdoor patio seating.

Urban Village changes the tap list often, so always expect something different. The beer also goes well with their delicious brick-oven pizzas. Here are some beers you should try out: 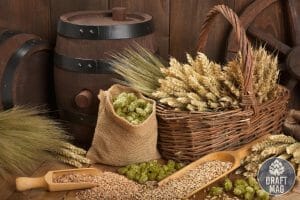 If you’re looking for a family-friendly and dog-friendly brewery in Philadelphia, Wissahickon is the ideal choice. The Philly brewery offers a beer garden, a spacious interior, and a fun Beer Yoga event to participate in.

Wissahickon also offers daily food truck appearances and is well-known for its tacos and a vast selection of wit beers. Pair their delicious food with some of these top beers:

Yard Brewing is one of the original craft breweries in Philly, as it has been enhancing the beer scene since 1994. In 2017, they changed their location to Northern Liberties, with a massive brewpub, brewpub, and beer garden.

You can enjoy the beers better on flights and with their pub food. Here are some of their top beers: 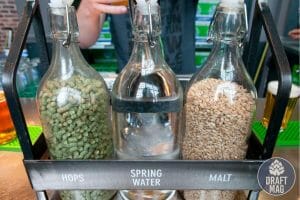 Another top local brewery in Philadelphia is ARS, which brings a garage brewing experience to South Philly. The brewing establishment gives you a homebrew experience with indoor and outdoor seating for your pleasure.

Although the seating space does not offer ambiance like other breweries, they put their focus on delicious beers. You should try out the Their Sweet Trepidation Imperial Stout and different top beers below:

Chestnut Hill provides the best experience for those who want to pair pizza with beer. The brewery features wood-fired Neapolitan pizza with its beer in the taproom.

Since Chestnut Hill is located in the Market at the Fareway, you can purchase food from other stalls and have it with your beer in the garden. Some of their top beers include: 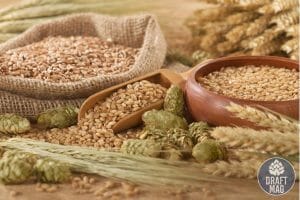 One of the underrated breweries in Philly is Earth Bread + Brewery. The brewery is located in the Mt. Airy neighborhood in the city and focuses on making beers and bread with fermentation.

Along with the beer, you can enjoy healthy food and pizzas. Earth Bread is known for its creative brews and seasonal offerings. Try out some of these top beers:

Crime & Punishment is one of Philly’s leading breweries and one of the newest. Its unique beers and name concept make it the best place for Russian beer in Philadelphia.

Get started with some of their creative beers from English bitters to Russian craft beers. Some famous beers from the brewery include: 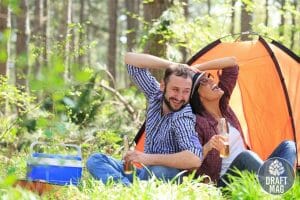 Forest and Main are known for their exceptional and sophisticated beers and are located in downtown Ambler. The brewery is primarily known for its English-style beers.

They also have pleasant staff and a vibrant social media presence. They release new beers regularly and announce them on their social media. Some of their top beers include:

Located in the second district of Philadelphia, the brewery is the ideal craft joint for your experience. The taproom has excellent beer, a relaxing vibe, and delicious food.

Their flagship beer is the Bancroft, a drinkable and delicious beer. You can also try out the Festbier, their seasonal choice. Here are other top beers: 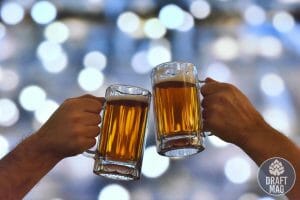 2SP Brewing is another family-friendly taproom and brewery in the city. The brewery is owned by the former Iron Hill brewmaster, which means you can enjoy quality beer.

They focus on making basic and classy beers and collaborate with other popular breweries. Here are some recommended beers:

2nd Story is another fantastic brewery in the city and is pretty famous among tourists and large tour groups. But locals also find this brewery fun, especially with its neighborhood-style space.

The brewery also features solid snack options with its many draft choices and is primarily known for its lagers. Here are other beers that make them stand out: 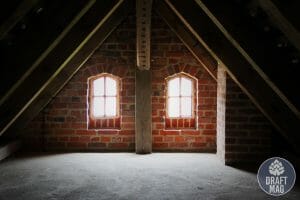 Attic Brewing is the first brewery to open in the Germantown neighborhood and is an exciting place to be when in Philadelphia. The brewery offers small-batch craft beers with fun-themed names.

The brewery is also known for its focus on social responsibility in the community. They brew some of the best Belgian beers in Philly. Other top choices include:

Bald Birds is known for providing a fun social space in Philadelphia for enjoying beers. The unique brewery name is based on the fact that both owners have hair loss.

The company is famous for their NEIPAs and hoppy beers, but they mix this up with stouts and lagers. Some top beers in the city include: 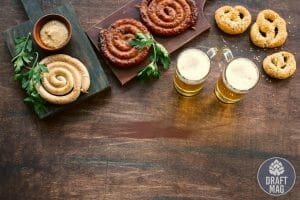 If you’re looking for the best brewery in Philadelphia for an outdoor space, Manayunk is the ideal choice. The brewery is housed in an 1882 building, giving you a cozy and industrial taproom.

Aside from offering a fine outdoor dining experience, the brewpub also serves pizza and sushi. They brew IPAs and other top beers including:

You should also check out McKenzie in Philadelphia, which has been a favorite among locals in Chester County. They partner with local restaurants to offer delicious food along with their popular ales.

The Malvern location also offers one of Philly’s best outdoor dining spaces. Here are some of their top ales and wits. 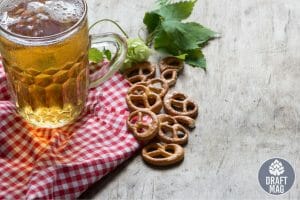 Punch Buggy is a nano-brewery in Olde Kensington known for offering you creative and drinkable beers. Whether you want hefeweizen that takes care of banana bread to sour blueberry, there’s something for everyone.

The brewery changes its beers and food regularly, so it’s essential to check the social media page to know more. Here are their other top beers:

Roy-Pitz is another top brewpub in Philly founded by the Liquid Artists. The brewery is designed to showcase craftsmanship and artistry in beer.

As a barrel house, you can expect they offer a selection of barrel-aged beers. Other top brews provided include: 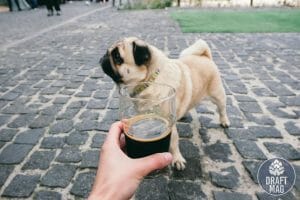 Although Separatist is based in Easton, the brewery also has a branch in South Philly. The tasting room focuses on hops, lager bier, and spontaneous fermentation.

You can get started with their Cream Ale, a delicious Bohemian Pilsner that is easily drinkable. Check out these top beers when you visit.

You should also check out Source Urban while in Philly. The original brewery is in New Jersey, but you can visit its Philadelphia location.

With about 32 taps and a kitchen full of brewpub food, there’s a fantastic experience waiting at Philly. Here are some beers we recommend: 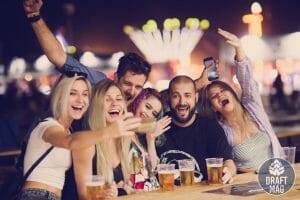 For a Danish-style brewpub in Philly, Bar Hygge is the ideal choice. The bar has a cozy and warm atmosphere, with craft mixology and comfort food.

The bar spot in the Fairmount is the most popular, offering a rotating collection of craft beers and seasonals. Try out these beers when you visit.

We also recommend Neshaminy Creek, known for its award-winning craft beers in Philly. The brewery is combined with a taproom and beer garden. The brewery is located just north of Philadelphia and offers delicious food to go with top beers like: 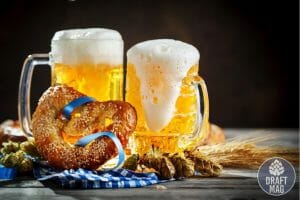 Located on Main Street Yardley, Vault Brewing offers a cozy, barn-like vibe in its taproom. You have a great hangout space in Philly with great exterior seating and delicious food.

Vault also offers a long list of beers with sophisticated names, with Vanilla Drops being one of their famous beers. Here are some of their other top beers:

We’re rounding up our list with Victory Brewing, one of the best and oldest breweries and brewpubs in the Philly area. It is also one of the largest breweries in the Delaware Valley.

Victory Brewing is known for its wide range of hoppy IPAs. Here are some of their popular beers:

Regarding Philly breweries, you can expect a fantastic experience of top beers, regardless of what you’re looking for. Here are our top recommendations: 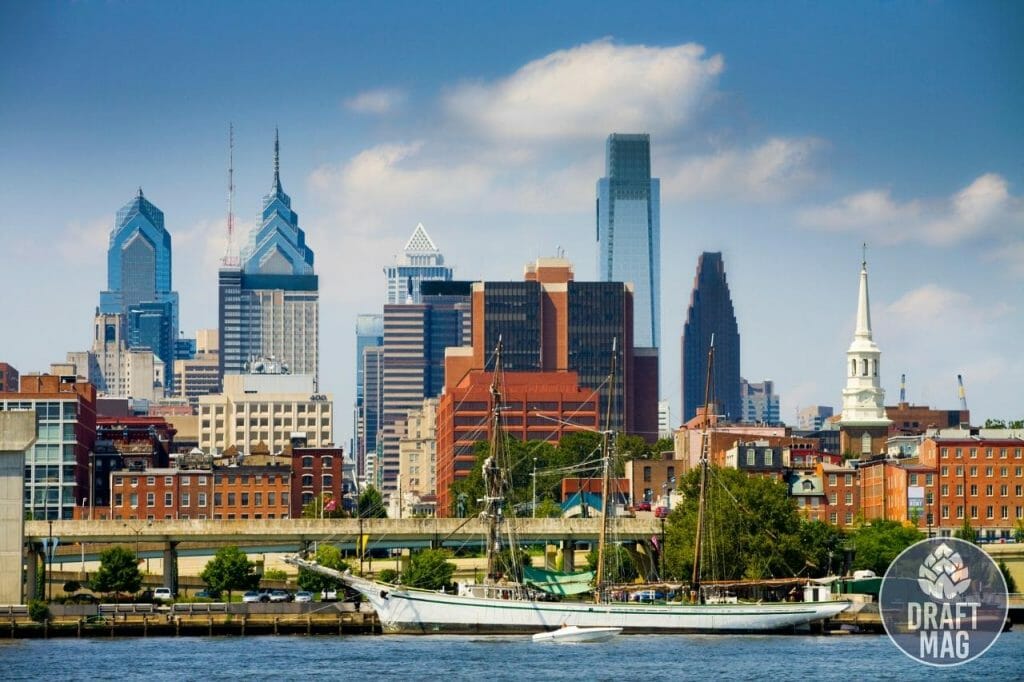 With our complete guide, you can enjoy drinking beer from the top places in Philly today!