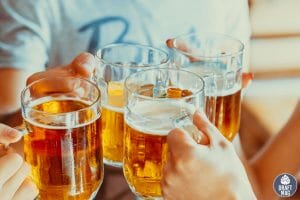 Here are the best breweries in Roanoke, VA that will bring out the beer thirst in you. The Roanoke region is growing rapidly, with over 50 odd brewpubs in and around pouring fresh drafts on tap.

If you are looking for beer options in and around the area, don’t miss the following breweries on the list and start your beer tour in Roanoke now.

Best Breweries in Roanoke VA That You Cannot Miss

Craft breweries are popping up at every turn of Virginia. The beautiful landscapes of this destination make it all the more attractive as a location to come up with breweries.

Whether you are traveling to Virginia or live in and around the Roanoke area and are a fan of craft beers, then this list is all you need. Here are the 11 best breweries in VA that you must visit.

This is the second oldest craft brewery in Virginia. The story of the craft beer community starts from Starr Hill and today they have a sixth taproom and Biergarten in Capital One Center. They started off by selling their kegs out of a van and soon realized their beers were being accepted across the country.

They have been making delicious brews and celebrating live music festivals since 2002. The head brewery and taproom are located in the foothills of Virginia’s Blue Ridge mountains. In 2017, they opened their pilot brewery in Roanoke. Their beers have won multiple awards across the country.

Cherry Limeade Hard Seltzer is a light beer brewed at 5.1 percent ABV. It is airy and has a light body and mouthfeel that makes it a crisp and clean finishing beer. The Little Red Roostarr Coffee Cream Stout is a sweet milk Stout brewed at 6.0 percent ABV. It has a silky mouthfeel, is heavy-bodied and is infused with a dose of lactose and vanilla flavors.

This brewery is also a giant beer garden with a spacious outdoor seating area and is perfect to beat the summer heat with family and friends. They opened in 2014 and are mostly looked up to for their experimental and quirky take on beers.

Their tap list keeps rotating based on the season, so it is best to check their social space to know what’s running on tap. If you are looking for food options, the brewery has plenty of restaurants in and around the area to grab anything you like and delivered to their beer garden. 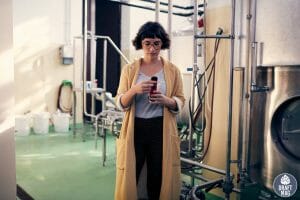 This brewery has two main locations; one is the brewpub in Roanoke and the other is the brewery and taproom in Vinton, VA. The brewery was Roanoke County’s first ever with the idea to make a space that was family and kids-friendly. In 2008, the owners bought their first home brewing kit and in 2013 they opened their brewery.

Along with good beer, they also host game nights, live music and bingo evenings to keep their clients entertained. Everything about this place right from the location to its vibe is a magnet that attracts locals and tourists together.

Parkway was established in 2012 with the aim of producing the finest beers in the country. They are one of the best breweries in Salem, VA with a current capacity of producing 17,000 bbl per year. They produce over 22 beers a year.

Their taproom is a reflection of their beliefs in community, companionship, good beer, tasty food and promoting local music. They also host trivia nights and offer happy hours throughout the week. There are different food trucks every day of the week.

The Grapefruit Get Bent is an American IPA brewed at 7.2 percent ABV. This is a super juicy and bitter beer, perfect for hard-core IPA lovers. Raven’s Roast Baltic Porter is brewed at 7.1 percent. This beer is rich, robust, and creamy with a flood of notes of chocolate, caramel and a toffee-like maltiness.

This brewery is located in the heart of the main street district in Virginia in a century-old building. The makers started this brewery with the idea of keeping the history intact in every glass. They brew beers that are well balanced between tradition and innovation.

Their line-up includes Sours, Belgian Wits, robust Stouts and more. The brewery does not serve food, but there are plenty of food trucks available right around the corner for you to grab something with your beers.

The Heartbroken in Despair is a Nitro Raspberry Wheat beer brewed at 6.5 percent ABV. This is a fruited beer with notes of raspberry and slight tartness from the malt.

The Plush With Tart Cherries is a Wild Turkey Barrel Belgian Blonde Ale brewed at 7.0 percent ABV. This beer is fermented with tart cherries in Wild Turkey bourbon barrels for 10 months, which gives out notes of vanilla and some tartness.

This brewery opened for operations in 2013 as a partnership between three friends. Today, they are spread across five locations and brew beers that are rich, tasty and delicious on the palate. They opened with the aim of leaving a mark on the craft brewing industry.

The Downtown Roanoke tasting room opened in 2018 with them serving flagship beers every week. The historic farmers market is just a few steps away and the location of the brewery is central, making it easy for anyone to reach.

Jack’s Java Espresso Stout is a classic Stouts brewed at 5.5 percent ABV. This is a rich, hearty oatmeal Stout with bare minimum acidity and some light chocolate sweetness. The Rye Whiskey Biggie S’mores, brewed at 11.5 percent ABV, is a rich and creamy Imperial Stout that is made with special barley, a heavy dose of lactose and smooth finishing of chocolate flavor. 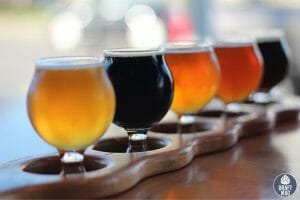 This brewery brews beer in honor of every hard-working person in every industry. It dedicates its beers to the hard-working folks like the front runners, firemen, nurses, blue coat workers, etc. The makers believe that life is not about the end goal, but instead, it is about the journey and what you encounter and experience throughout.

They host small live music events every Friday and trivia nights every Thursday. Their taproom is a cozy space, perfect for small get-togethers.

The Dirty Myrtle is a classic American Amber Ale brewed at 8.2 percent ABV. This is nothing like a typical Brwon Ale, thanks to a heavy malt backbone and delicious chocolate notes.

Elder Mountain is a classic IPA brewed at 7.2 percent ABV. This beer is extremely bitter with a subtle malt backbone and is meant for hard-core IPA lovers.

This brewery is located at the base of Cahas Mountain in Franklin County, VA. The folks at this brewery take one thing very seriously, which is a good quality beer. If their batch isn’t good or doesn’t pass their quality tests, then that beer goes down the drain.

It all started when the brewer received a homebrewing kit as a present a few decades ago and developed a passion for brewing over the years. Today, they have a 7bbl pilot system that enables them to brew seasonal specials for their tasting room in particular. Their taproom is 3000 square feet with pops of yellow color on the walls.

Agents of Chaos is a Belgian Dark Strong Ale brewed at 10 percent ABV. It has delicious flavors of dark fruits and hints of caramel with heavy alcohol warmth. The Shine Runner Pils brewed at 6.5 percent ABV is a summer seasonal Pilsner that is extremely light, crisp and has a clean finish.

AFOG is a nano-brewery that opened in 2018 with a 2-barrel brewhouse. This brewery is located at the end of Downtown Roanoke. They brew their beers in small batches and there is always something new on tap every week.

Their taproom has plenty of indoor and outdoor games to keep you entertained. It is also a kid-friendly spot, thanks to the board games and outdoor open patio. They are known to brew delicious, robust and rich Barrel-aged beers and Stouts, with Stouts being their ultimate favorite.

The 2022 Barrel Aged Big Red Riding Wood is a Double Red Ale brewed at a whopping 11.5 percent ABV. It has a smokey character and a medium-heavy mouthfeel.

Their 2022 Barrel Aged Stuck On Stoopid W/Vanilla is a classic American Barleywine brewed at 12 percent ABV. This beer has a burst of vanilla flavor and has a smokey and dry after-finish.

This brewery is just across the street from Big Lick Brewery. This brewery was originally a soda factory until a class of Virginia Tech’s top interior design helped turn this place around. Today, it is one of the most upbeat spots in the area to enjoy a quick chilled beer.

With live music evenings and an extremely lively outdoor area, the space is a color-fest in true terms. The space is one of the many dog friendly breweries Roanoke, VA and is mostly known to produce bright beers just like their ambiance.

This is one of the best Roanoke breweries with food that started in 2007. They also thrive to be a premier brewery that brews everything from classic European beers to loud IPAs and tropical Sours. They brew beers with a personal twist. You will have to taste them to find out more.

The brewery is closed on Mondays and open throughout the rest of the week. They serve quality craft brews with a well-paired, in-house food menu to enjoy your beers with.

The Oliphant Belgian Blonde brewed at 6.7 percent ABV is a classic Blonde Ale filled with banana esters and phenolic flavors. It is light, crisp and has a slight malt backbone.

The Beau’s Beer Strawberry/ Kiwi Sour is a classic, tropical Sour beer brewed at 4.5 percent ABV. As the name goes, the beer is filled with delicious flavors of kiwi and strawberries and is fermented with lactobacillus bacteria to bring the sourness.

The growing craft scene in Virginia is attracting locals from across the country. From travelers willing to indulge in Roanoke’s brewery tour to locals making many of these breweries a sunday picnic spot, there’s a lot to explore in terms of craft brewing. 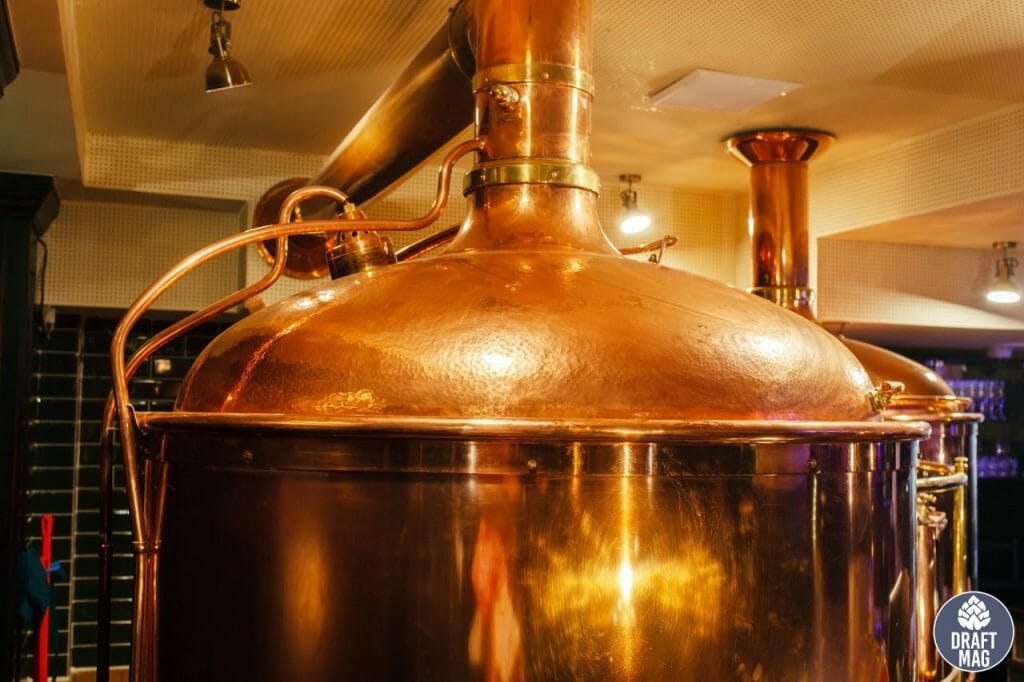 So what are you raising your glasses to today? Head on over to Roanoke to taste some of their classic, traditional, or vivid and experimental pours!