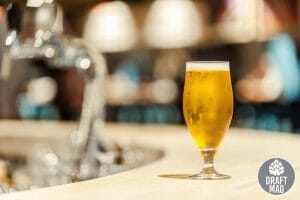 Bud ice beer is a premium lager among the Budweiser brands of Anheuser-Busch. This beer is made with a unique ice brewing process giving it a refreshing feel. If you are curious, this Bud ice beer review will detail its appearance, ingredients, aroma, and flavor.

In addition, as you keep reading you wouldn’t want to miss out on the beer’s history, nutrition facts, and food pairings.

While the table above gives an overview of the beer, let’s take time to go into details.

The bud ice beer has a transparent light golden color with a white head that clears rapidly. It has a medium carbonation with rising bubbles. However, note that it doesn’t leave any white head in the glass.

Premium lager contains about 25 percent adjunct of the total malt bill. This is why the bud ice beer releases a sweet malt aroma. Moreover, the maltiness combines with sweet corny notes. In addition, it has a light hop character with floral notes.

The beer has a light mouthfeel. Generally, it is a relatively neutral beer with a smooth finish on the palate, making it easy to drink. The combination of malt and hints of corn could be mistaken for sweetness due to its low bitterness. Also, the beer has a mild hop character manifesting as a floral note. The medium to high carbonation level, quite frequent in the premium lagers, can accentuate the feeling of crunchiness.

The overall flavor is not so strong compared to some other Budweiser brands. The flavor follows the aroma combining sweet maltiness with notes of corn adjuncts. Additionally, the perceived bitterness is mild. There is a backend alcohol flavor present despite its 5.5 percent abv.

Bud ice can accompany fish meals like shellfish and pickled mussels, sardines, bonito, salmon, haddock, or tuna. Likewise, this beer can be accompanied by sausages like bockwurst, bratwurst, chorizo, or acorn-fed Iberian loin, including other salty dishes.

In addition, the bud ice food pairing includes grilled chicken, game, and white meats. The reason is that the beer’s carbonation and subtle hop character cleanse the palate between bites and thus unravel a pool of flavors.

This beer also travels well with nuts, olives, pickles such as gherkins or spring onions, chips, and other salty snacks. Moreso, you can create magic by pairing this beer with soft cheese meals like ricotta, cottage, blue, cream, and goat cheeses. As a result, the beer also pairs perfectly with pizza, sandwiches, or salads with cheese.

Furthermore, this beer also makes a great pairing with spicy dishes from Indian cuisine, Southeast Asian cuisine, or Mexican cuisine. Likewise, oriental dishes like sushi or sashimi are not excluded.

Bud Ice is brewed via an ice brewing process done at sub-zero temperatures. The process involves freezing the beer and discarding the resulting ice crystals. This removes the beer’s water content and increases its ABV.

A 12 fl. oz serving contains 123 bud ice beer calories,  nine grams of carbohydrates, and 1.3g of proteins. While these values are fair, you should be wary of this beer if you’re on a ketogenic diet. The beer does not include vitamins, fats, and cholesterol. However, it contains a trace amount of calcium and potassium.

Bud ice beer alcohol percentage is 5.5 percent. While this is not too high, you may limit your intake to two or three bottles a day. The reason is that your body doesn’t need too much alcohol, especially if you have underlying health conditions. On the other hand, the beer’s IBU is 15, which is on the low end of the scale. As a result, the bitterness is not so distinct.

Bud ice beer is produced by Anheuser-Busch, a leading brewery in the United States. This brewery has existed for over 30 years producing multiple beer styles and brands. One of Anheuser-Busch’s brands is the famous Budweiser, introduced in 1876.

However, the name “Budweiser” used by the American company led to a trademark dispute with Budweiser Budvar Brewery in the Czech Republic. As a result, both companies were granted exclusive use of the trademark in different markets and countries.

While maintaining its brand name, Anheuser-Busch resorted to using the “Bud” trademark for some beers. They include Bud Ice, Bud Light Lime, Bud Light, etc. The Bud ice beer was released in October 1993 as a premium lager under the Budweiser brand and is available in bottles and cans of various volumes. Bud ice beer price is $16.99 for a regular 15-can pack.

No! Bud Ice is still an active beer of the Budweiser brand. However, Bud Ice Light, a different beer with 5 percent ABV under the same brand, was discontinued in 2010.

Do you wish to experience the taste and feel of ice beers? Then you should try Anheuser-Busch’s Bud Ice. As earlier promised, this review has unraveled all details about this beer. Here are vital points to note: 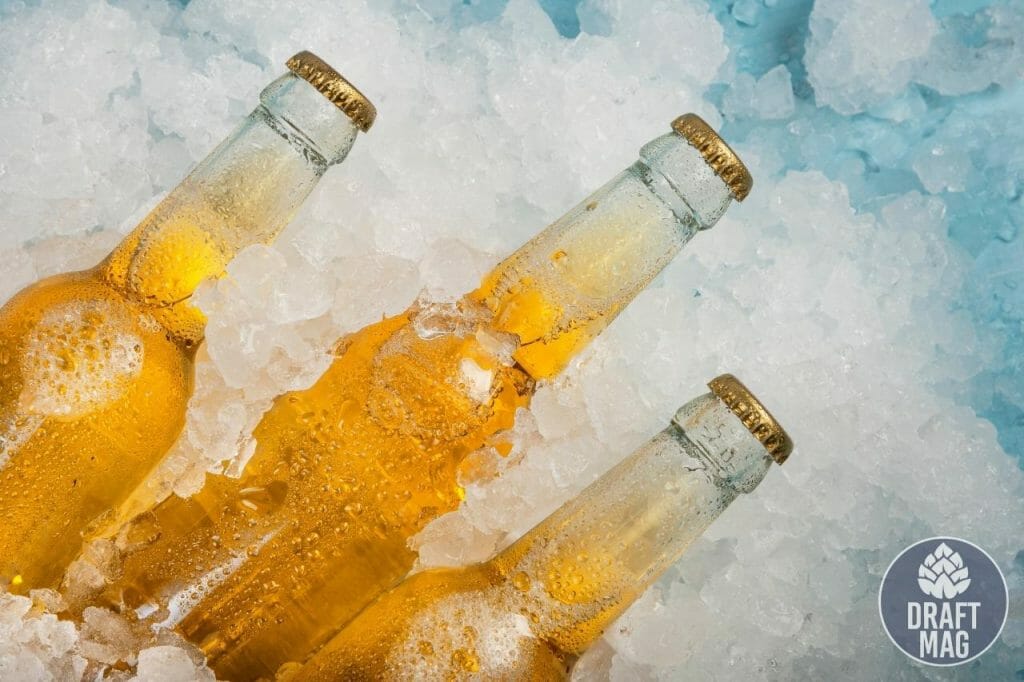 This premium lager is best served chilled and goes well with a vast option of foods. This means that you should grab a bottle or a can from the nearest store and enjoy the food suggestions mentioned earlier.