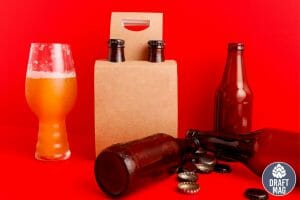 Captain Dynamite IPA is a fruity and tropically-rich flavored beer. As the New Belgium Brewing Company would say, this stunning craft beer is locked, stocked, and fully hopped.

Check out this review of the refreshing Voodoo Ranger Juicy IPA and find out if this is something that suits your taste buds.

There is a lot being said about this fresh new brew from NBBC. It is said to be the juiciest New England IPA in Colorado. Right from the first sip to the last one, this beer is an explosion of juicy hops, fruity aromas, and a hazy pour that makes it a stunning pour and an even better drink. Dive in to know everything there is about this refreshing beer.

The color of the beer is light beige – orange. The texture of the beer is slightly opaque and clearly hazy. The color and the head of the beer are perfectly intact with the style. There is a large white head that is thick and creamy. The head has good retention followed by some fine lacing around the glass.

The pour is quite juiced up with a medium haze level that defines any other beer in this category. There is some bubbling that talks of good carbonation levels. Overall the haziness is pretty light and murkier.

The very first aroma one gets from the initial pour is sweet peach and tangerine. Belgium Voodoo Ranger Captain Dynamite IPA is a New England Hazy IPA with a burst of tropical notes, citrusy aromas, and juicy hops.

The initial pour follows the aromas of more peach, tangerine, grapefruit, and blood orange. Some believe the aromas have a decent balance despite the beer being a tropical burst.

The sniff also has some aroma of light ripe stone fruit followed by a strong citrusy orange fruit presence. This is the ideal beer for the ones who enjoy fruity, citrusy beers, over other bitter classic IPAs.

The beer is fairly medium-bodied, with a decent amount of carbonation and a slightly sticky mouthfeel. The carbonation is seen as both lively and soft. The overall mouthfeel makes this beer an extremely easy and breezy drink. The mouthfeel is smooth with a semi-dry finish and a slightly bitter aftertaste. However, the smoothness remains at the back of the mouth.

The taste follows the nose, which is actually heavily fruity. This juicy IPA is loaded with fruity aromas and oomph of citrus presence. The beer is loaded with excellence, a mild hoppy presence, and some super mild bitterness. The hoppy bitterness accounts for tropical citrus flavors. The beer has a smooth finish at the back of the mouth, with lingering mild hoppy and citrusy notes.

There are resembling flavors of pineapple, papaya, and guava. These flavors fade into a raisin and light onion dankness. There is a light white bread backend to it and the aftertaste is that of a hefty tropical fruit mixture.

A crisp and bright produce like asparagus, artichokes, and English peas will complement the mouthfeel of a good Hazy IPA. A Hazy IPA is a citrus and tropical abode that automatically pairs well with caramelized vegetables and charred meat. When it comes to the Captain Dynamite IPA, it is a juice bomb that pairs best with juicy beef, pork, or lamb with cheese and caramelized onions, mushrooms, and egg salad.

The Voodoo Ranger is brewed with some stunning yet trendsetting hop and malt varieties. This is an innovative IPA that should simply be enjoyed and not taken too seriously. It is a hop-forward, bold, aromatic, citrus pool and a tropical extravaganza.

At 45 IBU units, this beer is made with a gentle mixture of Pale and Caramel malts and the addition of flaked oats. It is then hopped with a fun and loud mixture of Simcoe, Mosaic, and Cascade hop. All of these ingredients are responsible for bringing in the tropical flavors of the beer. The addition of flaked oats adds up to the haze and a nice welcoming balance in the otherwise juicy beer.

This beer has about 220 calories, thanks to its hazy character. Flaked oats make it slightly more drinkable. However, this beer is loaded with juicy hops and aromas and a higher calorie content that makes it a high-carb beer.

Nonetheless, it has 15g of carbohydrates, and 250 mg of potassium, the reason why it is caloric is because of the alcohol level, which is 7.7 percent.

A bike trip to Belgium in 1988 is what inspired a couple to bring old-school Belgian flavors to America. In 1991, Kim and Jeff started with small homebrewing equipment, learned their way around Belgian beers and today boast a giant solar run plant in the state of Colorado. This brewery is 100 percent employee owned and operated and has successfully employed over 457 co-workers.

Other famous beers from them are the New Belgium Sour IPA and the Voodoo Ranger Imperial IPA. While the former is the best of both worlds, offering a neat balance between juicy and malty character, each of these beers remains to hop forward with a slightly dry finish.

Captain Dynamite is a fantastic beer recommended for people who enjoy a tropical fest on their palates. It is flooded with great flavor, smells stunning on the nose, is a pretty-looking pour, and goes down super smooth. 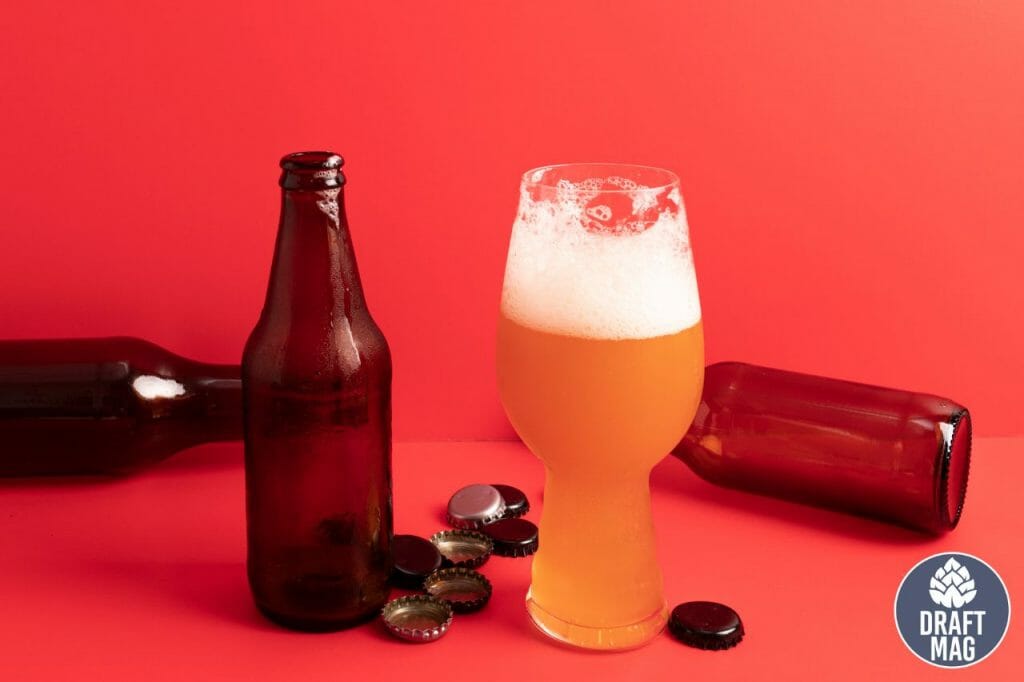 So what are you waiting for? Grab yourself a sample or a chill with your friends over a pint and I assure you won’t be disappointed.