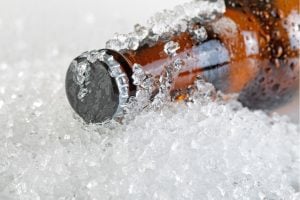 What is cold crashing beer? Cold crashing is the process of letting your beer sit at a colder temperature for an extended period to allow yeast and other suspended particles to sink.

This process will help clarify your brew, making it more clear and crisp. Sometimes, the most straightforward methods work best. This is because they are both simple and effective.

For example, cold crashing is simple and a great way of brewing bright beer. Our experts will give you some tips on doing this correctly so you don’t ruin all the effort you put into brewing.

Cold Crashing Beer: Why Should You?

Cold crash provides clearer beer, using temperature and time to your advantage. This will allow the yeast to be dissolved and other particles removed from your beer. Cold crashing a beer is a way of quickly lowering the temperature so that bacteria can’t grow.

Cold crashing allows bits of protein and tannins from the grains to precipitate faster. This is because many solids are less easily soluble at lower temperatures. However, the precipitation of yeast is perhaps even more important.

The survival reaction of cold crashing yeast causes the yeast to “flocculate“, or bond together in clumps. As a result of the Stokes law, larger clumps or “flocs” of yeast will form, which have a greater radius than individual yeast cells. As a result, they will also precipitate out faster.

A generalization of the principle, Stokes’ law states that particles with a larger radius have a greater settling velocity and will fall off more quickly. Certain finings, such as Irish moss, can help flocculate the yeast.

How To Cold Crash Beer 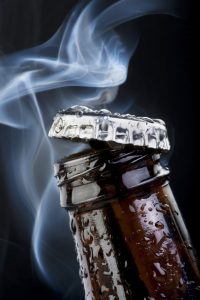 Cold crashing beer is necessary to lower the temperature of liquid during shipping. It helps to reduce both sour flavors and bacteria that can form when the beer is exposed for too long at room temperature.

In addition, the simple process of cold-crashing beer is used to clarify beer.

After your beer reaches its final gravity, you can place it in a dark and cold place such as a fridge or a keezer. Keep it as cold as possible, but do not freeze. Instead, allow the items to cool for two to three weeks before you begin kegging and bottling. Below are the steps to cold crash beer:

How Long To Cold Crash Beer

Cold crashing is one of the most effective ways to extract all the flavors in your beer. The length can vary, but it’s generally best for up to 24 hours. However, some brewers extend this process by maintaining a cold temperature over an extended period. This is the process usually used for lager beer.

It is possible to cold crash in the keg, and there is also the possibility of cold crashing beer before kegging or performing the cold crash before bottling. Cold crash at least two days earlier. This should allow enough time for the technique to work well.

In addition, this gives you ample time to dry the hop — which should be done between seven and 10 days before cold crashing — and yeast to clean up any fermentation by-products. A temperature of 35-40 °F is ideal. This is best achieved by a temperature-controlled refrigerator large enough to store your fermenter.

You can cold crash for longer if you have the time. A glass carboy secondary will typically result in crystal clear beer after cold crashing for three weeks. This is because you can see the beer’s clarity through the glass carboy. The clearer your beer will be, the longer it can cool down. Keep in mind, however, that some beers (especially wheat ones) should remain a bit cloudy.

What Are the Benefits of Cold Crashing Beer?

What Are the Downsides of Cold Crashing Beer? 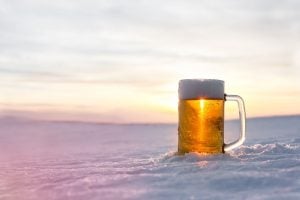 Cold crashing has its downsides, but it will help if you control the temperature. It is necessary to quickly bring the beer to near-freezing temperature without letting it drop below that point. This will require a temperature-controlled fridge or a freezer with an external thermostat controller.

This prolongs the time the beer must remain in the chamber. Cold crashing can add up to two to three more days to the brewing process.

This increases your chances of being exposed to fluid and oxygen. In addition, the beer will cool down, and a vacuum will develop in the cold crashing vessel. This could cause the beer to become more fluid or oxygenated, which can affect its flavor.

A commercial brewer may lower the temperature of their glycol-chilled fermentation vessel, but homebrewers will often cold crash their beer in a refrigerator. As an alternative, you can place your fermenter into the fridge or keezer and let it cool for a few days.

– Here are some considerations while deciding to cold crash:

First, it is important not to cold crash your beer before fermentation has been completed. Even late in the fermentation process, there are essential biotransformations still taking place in beer. Commercial breweries wait until the beer reaches a stable terminal gravity and confirm that it stays there for at least a few days before crashing.

The faster your beer can be chilled, the better. However, even commercial brewers cannot chill their wort for less than one day. So although a good refrigerator will cool your beer quickly, it can take up to 12 hours to reach the desired cold crash temp.

The closer the beer is to freezing, the better. Commercial breweries typically use between 0.5 °C to 5 °C (33-41 °F), although you shouldn’t freeze the beer. The beer can tolerate a temperature slightly lower than °0 C (32 °F) because it contains alcohol.

Many factors can affect the length of the cold crash. Although you may see some benefits in 24 hours, most cold-crashing brewers will last for days or even weeks. This is different from lagering, where the cold temperatures can be maintained for a longer time.

You should avoid a one-way airlock as cold crashing can cause negative pressure in your fermenter. In order to prevent this, it is best to use an S-shaped airlock.

Dry hop should be done after a cold crash. Because of the cold temperatures, aroma oils will be more challenging to extract from beer. Dry hopping close to bottling will preserve more flavor. Before dry hopping or bottling, you can increase the beer’s temperature.

Below is the equipment you need for homebrew cold crash:

– A container to hold your beer

You can use a carboy or fermentation container. It is only necessary to make sure it is clean and has a secure seal. You don’t have to make it perfect, since you’re not going to induce carbonation at this stage.

If you live in a cold area, you can leave your beer uninsulated in a garage or basement in the winter. This is a cost-effective solution that can also be very effective.

However, a refrigerator is more reliable and can be used to maintain the right temperature. A refrigerator can also be used all year. You can place your beer in the refrigerator, lower the temperature, and let it sit for a few days.

A freezer is also possible, but it will be necessary to have an external temperature control such as an Icebird thermostat controller. This will prevent temperatures from dropping below the icing point. You want your beer to be just above the freezing point.

How Effective Is Cold Crashing Beer?

It is, in short, extremely effective. It all depends on a few factors. The yeast strain is one of the biggest. When you chill your beer, you are essentially speeding the precipitation process. Therefore, yeast strains that are high flocculant (drop out quickly from solution) will take longer to floc cold crashing. The opposite is true. Low flocculating yeast takes longer. 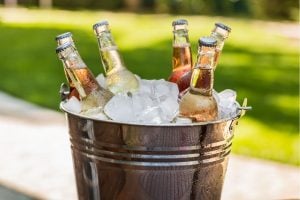 Cold crashing beer is a process that can help to clean up yeast and other pollutants in your batch of homebrew. This blog post has provided you with the knowledge necessary for a cold crashing beer at home. Here are a few points to remember:

However, if you need further assistance, let us know – our team will answer any questions about cold crashing your brews.