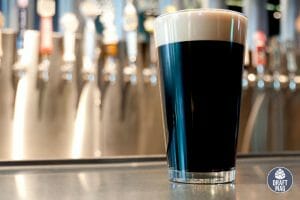 Dosvidanya – Bourbon Barrel aged beer is one of the most complex yet smooth-tasting beers. Its intricate profile mixes well with a hint of bourbon, making it certainly a solid beer to have.

If you’ve never had a taste of this carefully crafted brew, there’s no need to feel left out. Our review will explore, in detail, all you need to know about this imperial stout and what you should expect.

Here’s a detailed review of Dosvidanya beer. We’ll touch on everything from looks to taste and best food pairings.

Like most stouts, Dosvidanya has a glossy dark brown, almost coal black look when poured into a glass. Its impressive color is accompanied by a thick foam head that thins as soon as the beer is poured. You can clearly see the tiny bubbles fizzing at the top of the glass. The foam head eventually lessens and leaves a nice lacing around the inside of the glass.

Dosvidanya has a complex profile as a barrel-aged beer, with a lot going on at once. When you sniff it, you’ll be sure to catch a not too subtle hint of licorice, roasted malts, and a very nice chocolatey aroma. When you pay closer attention, you can also perceive a tiny whiff of vanilla mixed with an alcohol/ethanol tang that the other ingredients didn’t completely mask.

One reason why Dosvidanya – Bourbon Barrel aged beer leaves a strong impression on drinkers is its unique mouthfeel. The beer checks the boxes when it comes to how a true Russian imperial stout should taste. Its creamy full taste is reminiscent of a strong stout. It leaves the tongue with a rich coating that lingers for a while after drinking.

Even though it has hints of bourbon, Dosvidanya is surprisingly a very smooth beer that makes you want to rush every drop. Finally, it has a clean and dry finish that leaves a lasting impression on the palate.

Although there isn’t an extensive use of flavors in the brewing of this craft beer, it sure has a nice mix of flavors. The touches of chocolate, toffee, licorice, roasted malts, vanilla, black cherry, and other dark fruits are defined and unmistakable.

The Dosvidanya beer is a dark ale. These usually consist of a wide variety of malts during the brewing process. It’s also common to have hints of chocolate, toffee, and spices alongside a creamy, full yet dry finish. Just like many other ales, Dosvidanya goes through a top-fermentation process, being brewed at warmer temperatures of between 60 – 70 degrees F.

If you’re both a beer and food lover, you’ll surely enjoy a cold glass of this beer with almost any meal. Due to its hints of bourbon, Dosvidanya goes with almost any grilled meal, especially beef and chicken.

For a more exotic taste, you can try having a glass of Dosvidanya alongside a plate of smoked seafood like salmon. Drinkers with a sweet tooth are not left out, as Dosvidanya stout goes extremely well with a slice of chocolate cake.

The best serving temperature for this beer is between 45 – 50 degrees F.

The Dosvidanya beer has a high-calorie count of over 250 and about 21 grams of carbs. While it may seem a bit too much, remember that this beer has a rich and complex composition of different ingredients.

These ingredients all add up to the calories and carb levels. Besides, Dosvidanya contains a whopping 14.6 percent ABV and an IBU of 84, so you surely have to go easy with this beer.

Dosvidanya contains gluten as part of its composition. However, it is uncertain just how much gluten this beer contains.

Dosvidanya was first brewed in 2007 but was released for the first time on draft in 2008 in 500ml bottles. In 2015, the brewing company released another variant of the Dosvidanya beer, known as the Dosvidanya Rye Whiskey.

Due to its flavors and unique taste, the original Dosvidanya started to gain recognition among beer lovers around the country. The well-deserved recognition also came through a couple of awards: the beer won a bronze medal at the 2015 Great American Beer Festival in the Wood-and-Barrel-aged Strong Stout category. It also won a gold medal and Best in Show at the Festival of Wood & Barrel-aged Beer (FoBAB) in 2015.

Since the release of the first Dosvidanya beer, DESTIHL Brewery has released other versions like the Dosvidanya Vanilla Rye Whiskey and Dosvidanya Stout with Chocolate, Cinnamon & Chiles. The brewery also released a 10th Anniversary Edition of the beer in 2017. Also, the Dosvidanya stout is now produced in 16-ounce cans.

You can purchase this beer from any liquor store or pub around you, and you can also visit the DESTIHL Brewery at 1200 Greenbriar Dr, Normal, Illinois, for a memorable experience. Here’s a quick summary of what we’ve discussed: 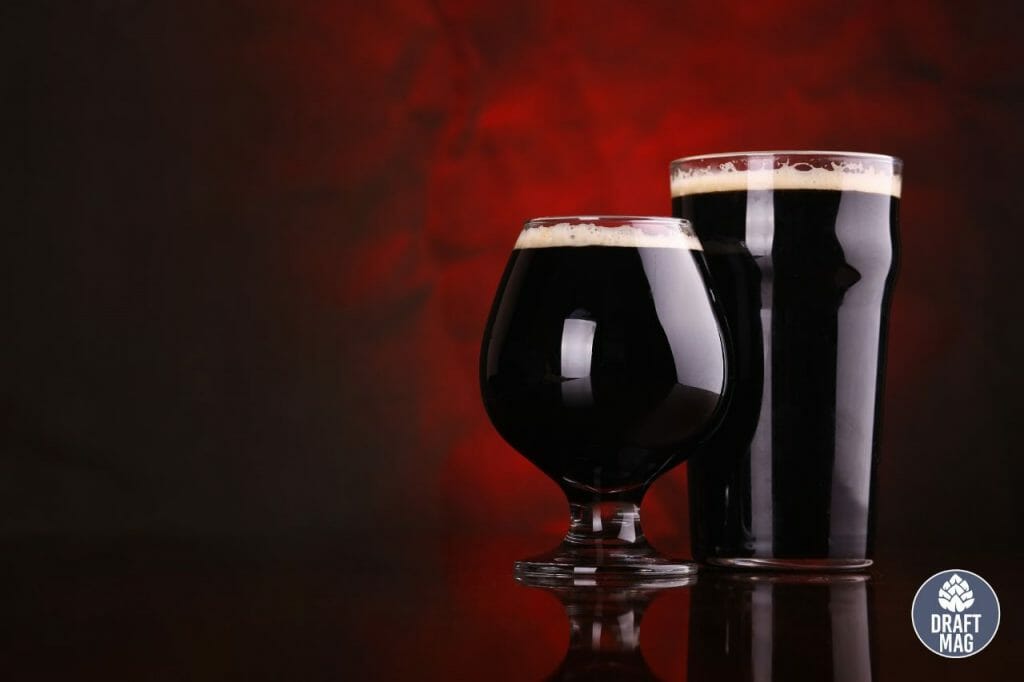 If you’ve never had a reason to try out Dosvidanya, our review gives you all the reasons to do so! Be sure to enjoy this rich stout with family, fellow beer lovers, and great food!