Dragon’s Milk White is the ideal choice for beer lovers that want something vibrant, smooth, and unlike their usual beverages. The stout is aged in bourbon barrels, giving drinkers delicious notes of coffee, vanilla, and cocoa. 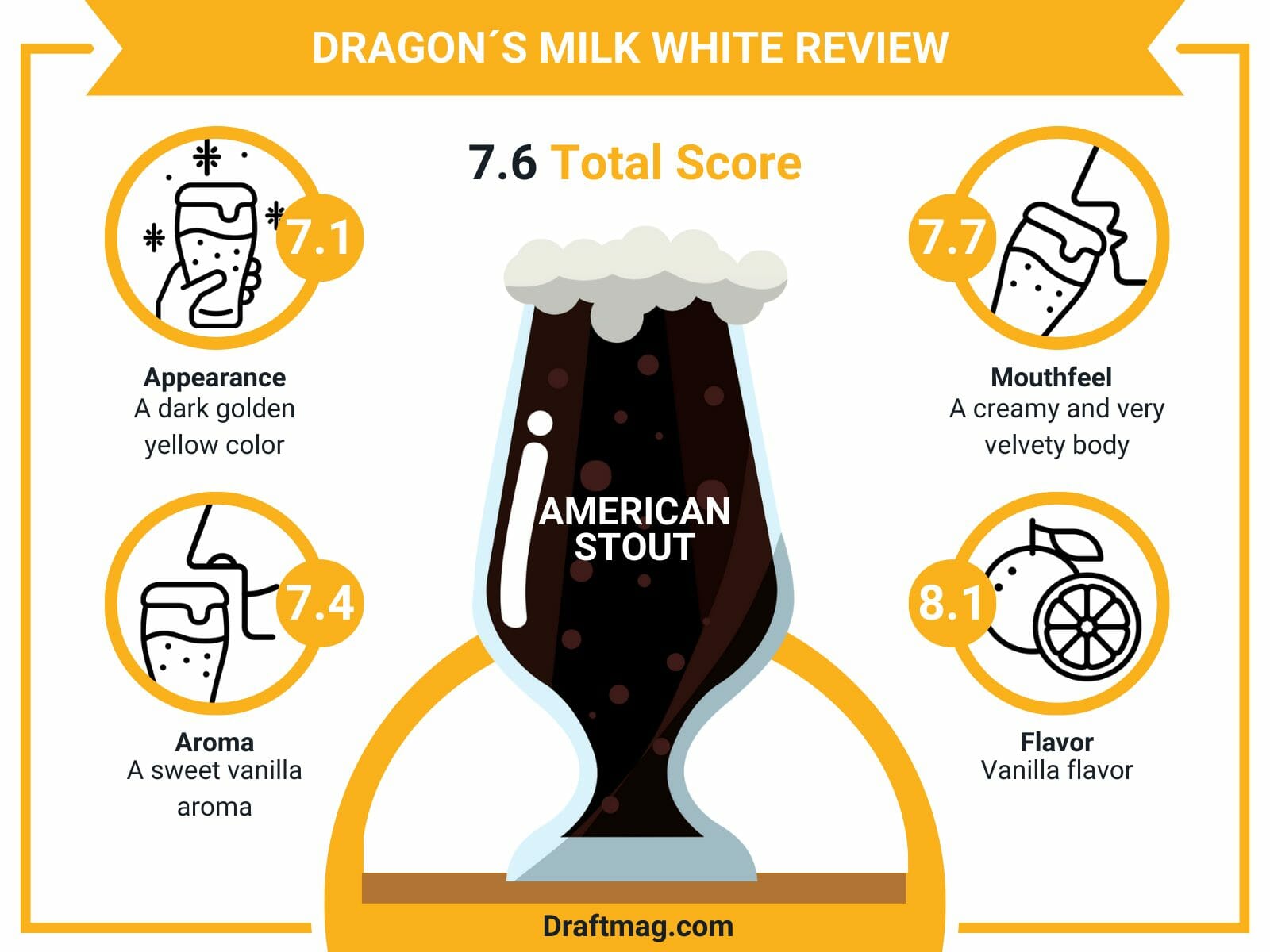 You can enjoy this velvety beer on a cold day or pair it with some sweet chocolate desserts. Regardless of your preference, you should read our detailed review below first, as we cover all you need to know about the beer.

Dragon’s Milk – White is a Bourbon Barrel-Aged White Stout made by New Holland Brewing Company. The delicious beer is a part of their popular Dragon’s Milk series, with a unique concept and a very sippable body.

It has an alcohol content level of 6 percent and will offer a unique drinking experience for whoever gives it a try.

The beer has a golden appearance that is quite unexpected and a light body despite its smooth feel. It offers flavors and aromas of vanilla, coffee, caramel, bourbon, chocolate, and cocoa.

The White beer is a smooth and refreshing beer, with a great balance of flavor notes that will impress any drinker. Plus, it still drinks like a stout.

When having the White beer, you should pour it into a pint glass, as the wide opening on top holds the thick head while the shape shows off the golden color. The recommended serving temperature is 45 to 50 degrees Fahrenheit. After serving it, garnish the beer with dark berries or red cherries.

On the pour, the White beer has a dark golden yellow color that leans towards orange. The beer has a hazy appearance, and you might mistake it for a hazy IPA if not for the aroma. You can see unfiltered chunks and some carbonation bubbles too. 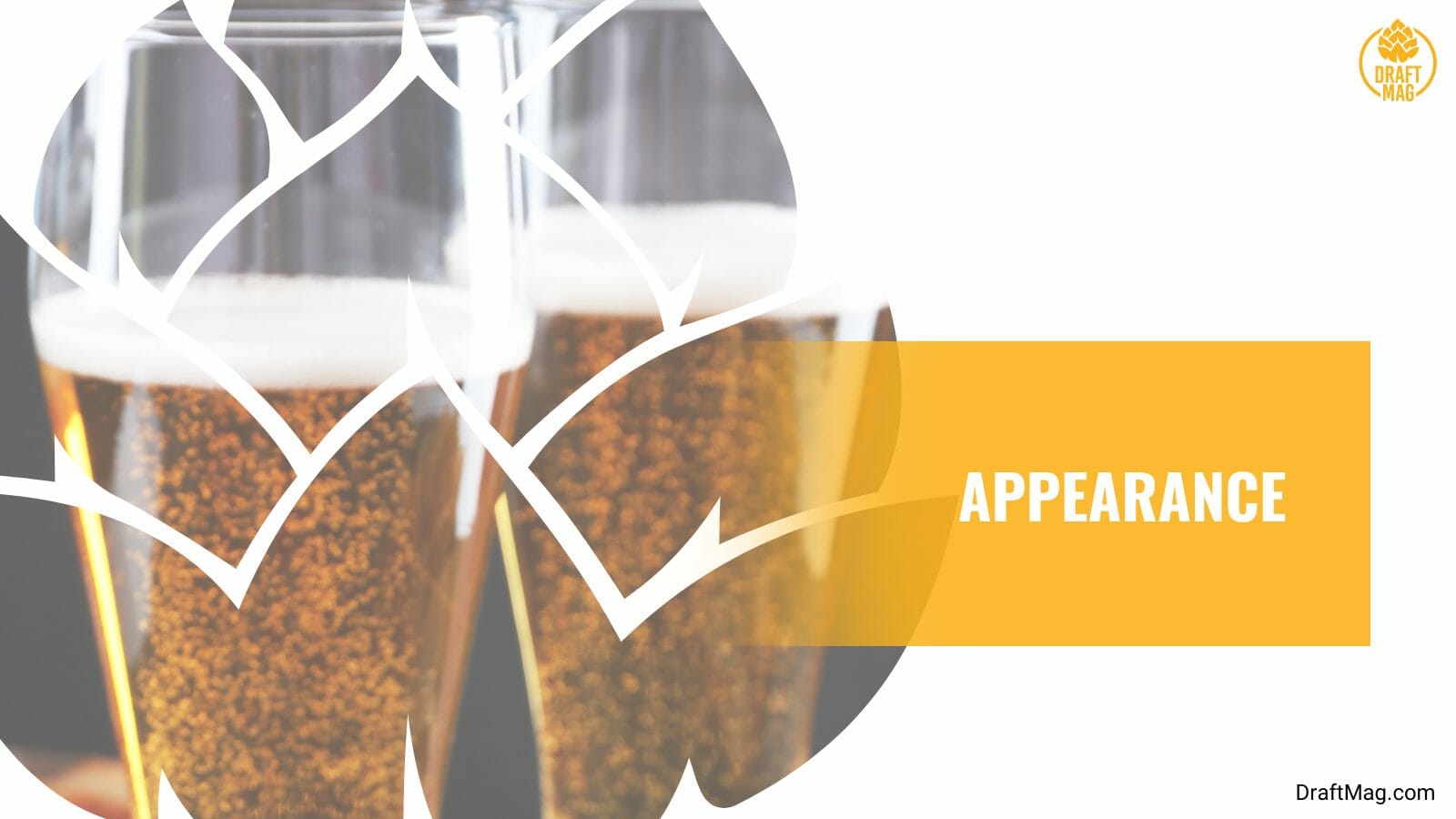 On top of the beer is a creamy white head, but it will dissipate very fast. It has good lacing against your glass and settles with a thin film on the beer.

On the nose, the stout offers a sweet and light aroma that gently settles in your nose without prickling it. The vanilla is the first thing you smell when you pour it, and there are more subtle hints of coffee behind it.

The barrel aging in bourbon is also obvious in the aroma, as you will get a light bourbon aroma that distinguishes itself from the usual stout aroma. In general, it smells very grainy and yeasty.

Although the White beer features a light body, the feel will surprise you because it also has a very creamy and velvety body. It manages to balance a light, carbonated body with a creamy stout feeling, and it feels satisfying with every sip. 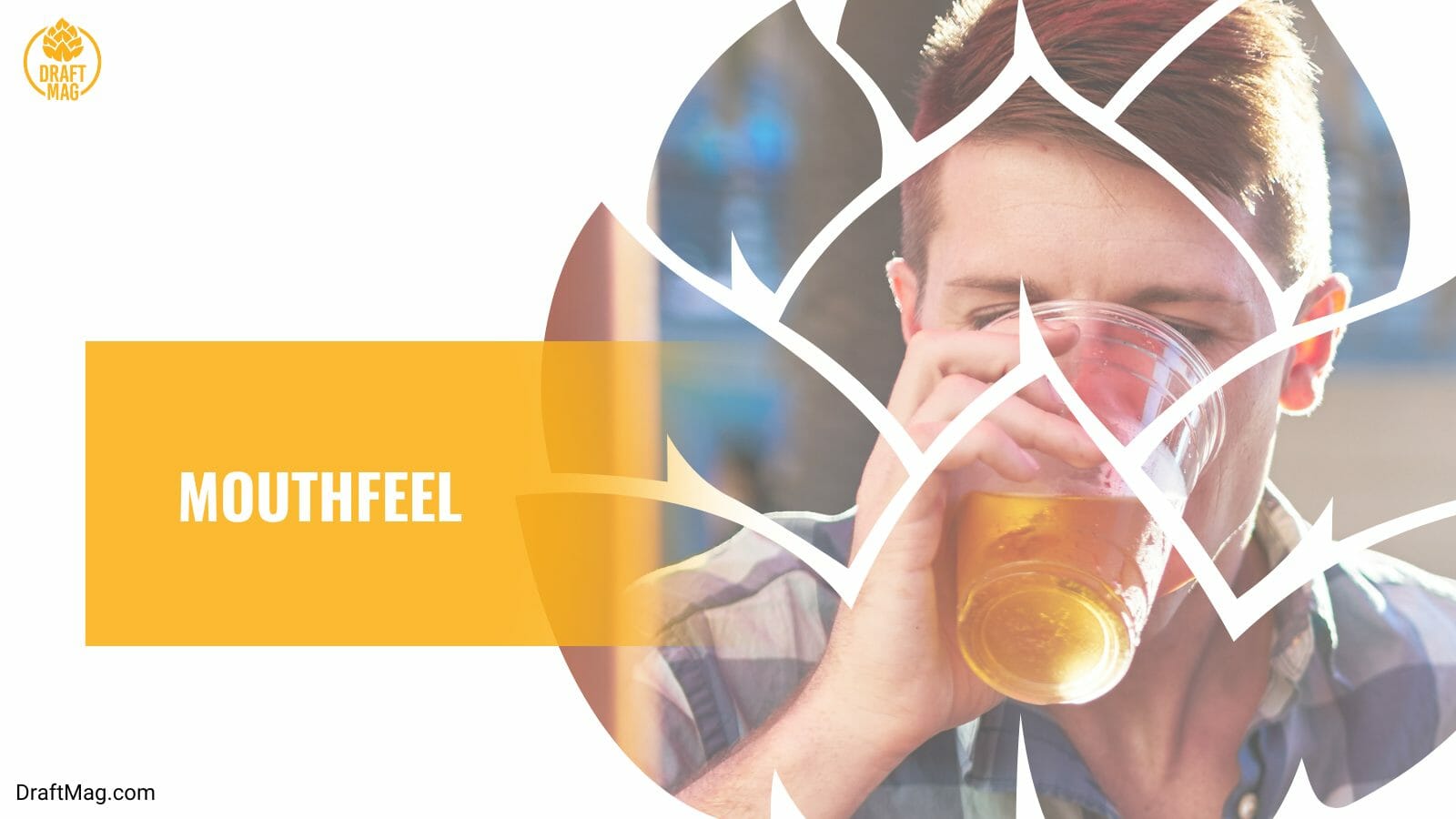 The beer feels a bit chewy on your palate, along with the velvety, but it does not detract from its style and the light-to-medium body. Overall, it has a creamy and smooth body.

The taste of the White beer follows the aroma closely, giving you a balance of flavor notes. When you drink the beer, the first thing you taste is the vanilla at the beginning of the flavor. The vanilla quickly wanes into a taste of a classic coffee, not an espresso. This persists to the finish, with barely any lacing on the glass.

There are flavor notes of apricot, cream, chocolate, cocoa, and bourbon. The bourbon comes into the middle of the palate, and it also persists until the end of the flavor. Towards the finish, you will taste the bourbon and coffee with a dry finish.

There’s a bit of spice like herbal hops too. You might also notice hints of red cherry and almond in the beer. In general, it will remind you of delicious vanilla pudding.

When having the Dragon’s Milk White stout, you should go for strongly flavored foods but ensure that the beer is sweeter than the dish. Ideal food pairings include roasted, barbecued, smoked, and grilled foods, including chicken, pork, meat, and even game meats.

Salty foods and braised dishes also go well with the beer. You should enjoy the beer with rich and hearty stews, and you can try out seafood like fried calamari, shellfish, and raw oysters. The sweetness of the beer highlights the saltiness of the seafood dishes.

This stout is perfect with dessert, so try out Gingerbread brownies or any dessert that is rich in chocolate and vanilla. As for dessert, you should try out blue cheese, as the salty and creamy flavor of the cheese goes well with the sweetness of the stout.

The exact ingredients of the milk stout are unknown, but it gives you flavor notes of vanilla, coffee, and chocolate to give you a unique take on the classic stout. After the brewing process, it is still aged in bourbon barrels, which will give it hints of oak and bourbon.

There are barely any hops in the flavor of the beer, aside from the slight herbal notes in the flavor. But the malts are more prominent in the taste, and there is a solid malt base throughout the taste. There is also some yeastiness in the aroma.

In the barrel-aged stout, you get an alcohol content of 6 percent, which is a decent level for the style. The alcohol is well-masked, but that’s probably because of the bourbon character that remains. There is also an IBU of 35 due to the low bitterness but decent hoppy flavor.

You can expect 210 calories in every 12 ounces of beer. Other facts include 19 grams of carbs, 3 grams of protein, and 1 gram of fiber. It’s essential to keep this in mind when calculating your daily dietary requirements. It is not ideal for those on a keto diet and is also not gluten-free.

A creation of New Holland Brewing Co, the beer was released in Michigan in 2018. It is a new addition to the Dragon’s Milk series from the brewery and quickly became popular due to the fame of the beer series. 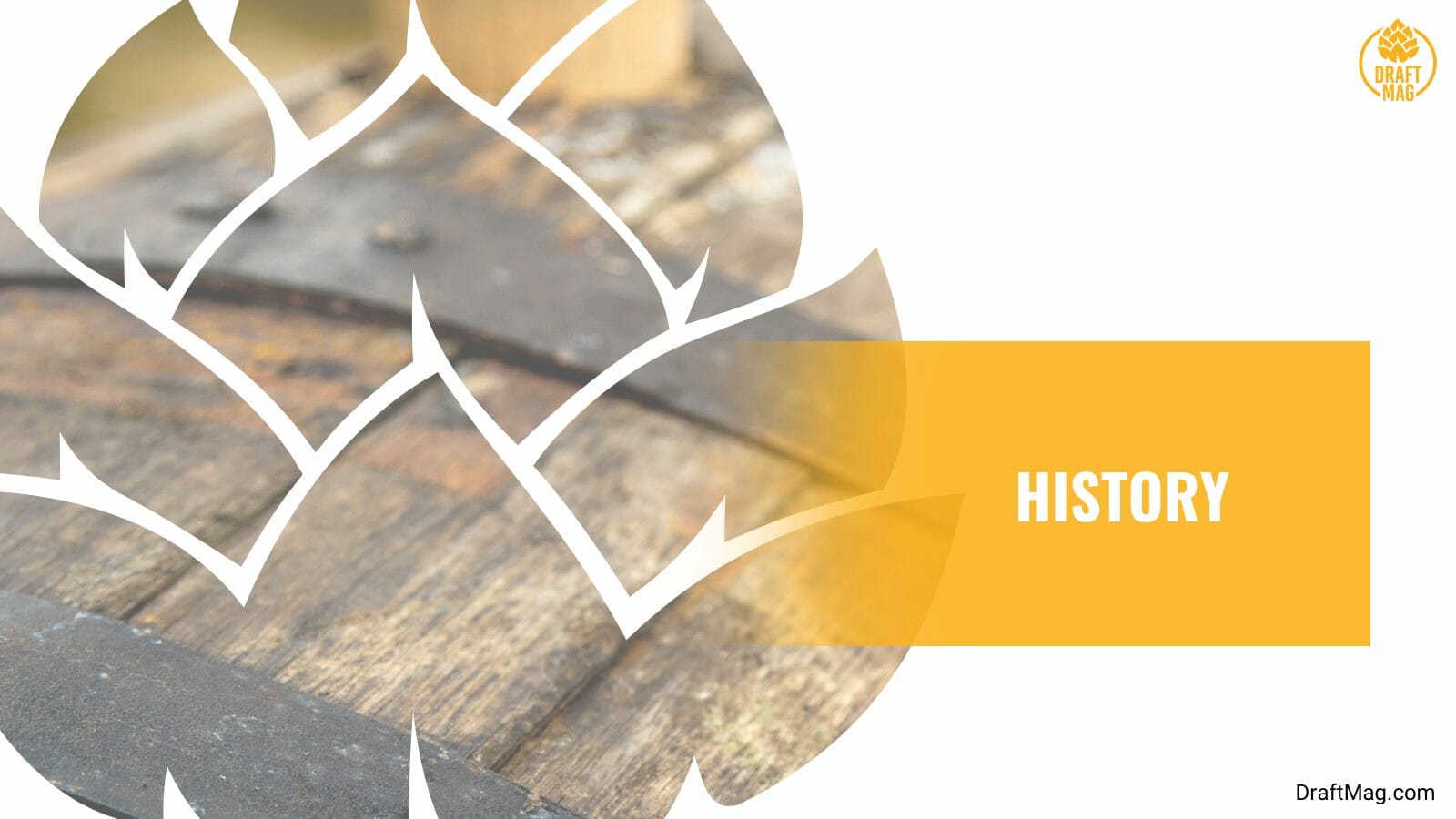 It was first released in New Holland’s pubs before a nationwide release followed. The brewery is known for its unique barrel-aged stouts. The original version of the series was released in 2001, and it is known as the first bourbon-barrel-aged stout in the country to be available year-round.

With the knowledge of this beer, you now know what to expect when you take your first sip. Here’s a summary of what we covered in the beer review:

You can check out the beer at the brewery’s pubs in Holland and Grand Rapids in Michigan or purchase it at a store near you.