Estrella Jalisco Beer is a premium Mexican pilsner offering you a burst of flavors and a rich history to follow this. The popular beer is brewed with traditional ingredients and boasts over 100 years of tradition. 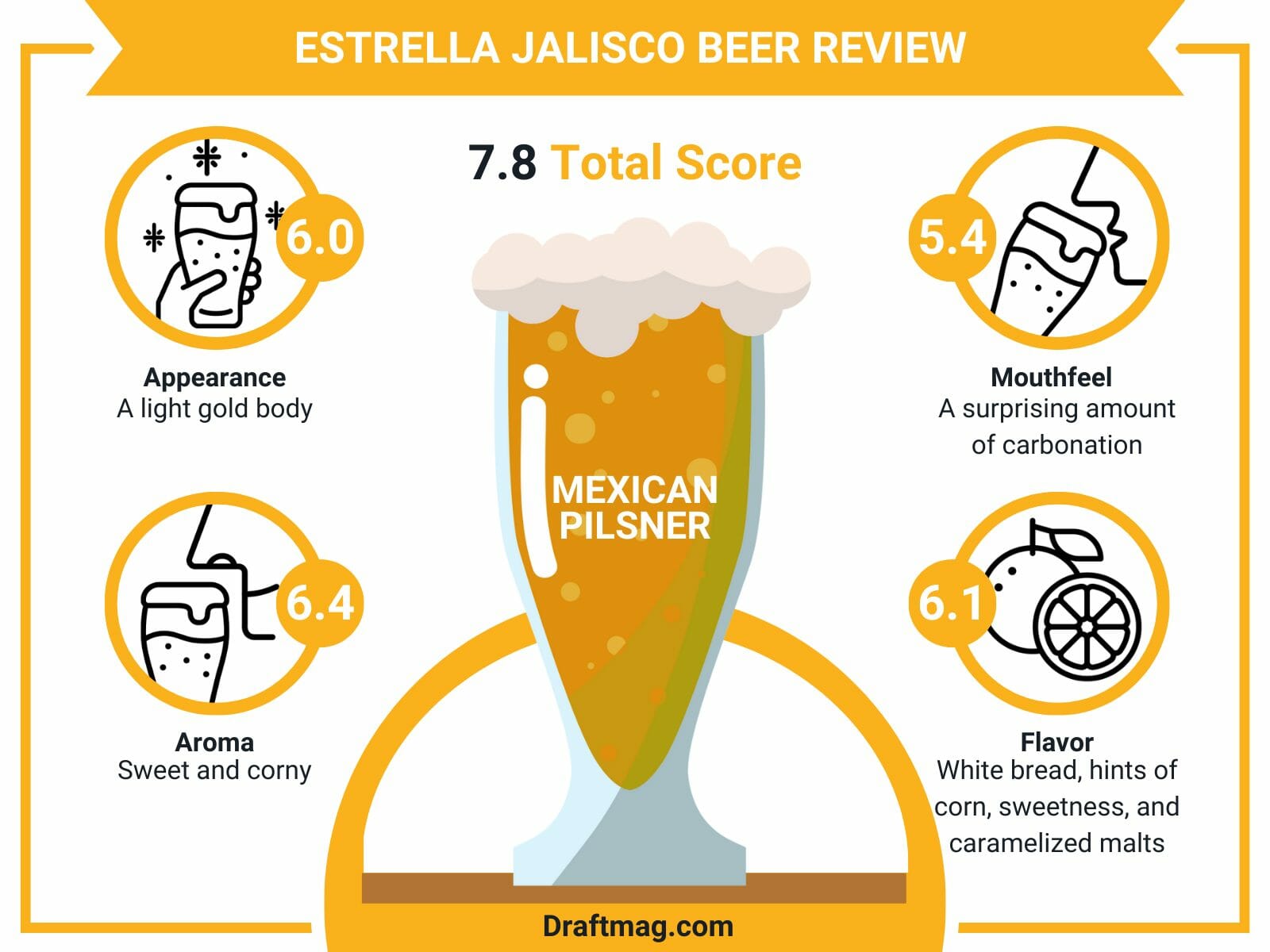 Drink this refreshing beer at any time, whether with friends or alone. If you’ve been wondering about this beer, read our Estrella review first!

Estrella Jalisco is a premium Mexican pilsner from the world-famous Grupo Modelo S.A. de C.V. The beer features a 4.5 percent alcohol content and pours a pale golden color. With the crisp and refreshing mouthfeel, the pilsner has a clean finish and no aftertaste. Enjoy flavors and aromas of sweet malts, corn, and cracker.

Since it’s a Mexican pilsner, it’s only right to pour the Jalisco into a pilsner glass. These glasses have a slender and tall shape while holding the small foamy head in its slightly wide opening at the top. Serve the pilsner cold at a temperature of 35 degrees Fahrenheit or slightly higher. Garnish it with a slice of lemon or apple.

With its refreshing character, the Jalisco pilsner is the ideal choice for a fun time with loved ones, whether you’re having a barbecue or watching the game.

On the pour, the Jalisco has a light gold body with a foamy head up to two fingers high. The body is crystal clear and sparkles with light carbonation.

The foamy head forms quickly and disappears the same way, leaving a thin ring of lacing around the glass and a small foamy head that barely remains.

The aroma of the Jalisco pilsner is sweet and corny, and there’s a lot going on. The simple aroma gives room for the flavor, but it reminds you of a typical macro lager. There’s mostly some corn and sweetness, with some light crackers from the malts. Very light hops are detectable, offering an earthy aroma.

As for the feel, the pilsner brings a surprising amount of carbonation, especially since there are only slight bubbles in the appearance. The lager has a crisp and light-bodied mouthfeel, with the head contributing to the drinkability of the beer. 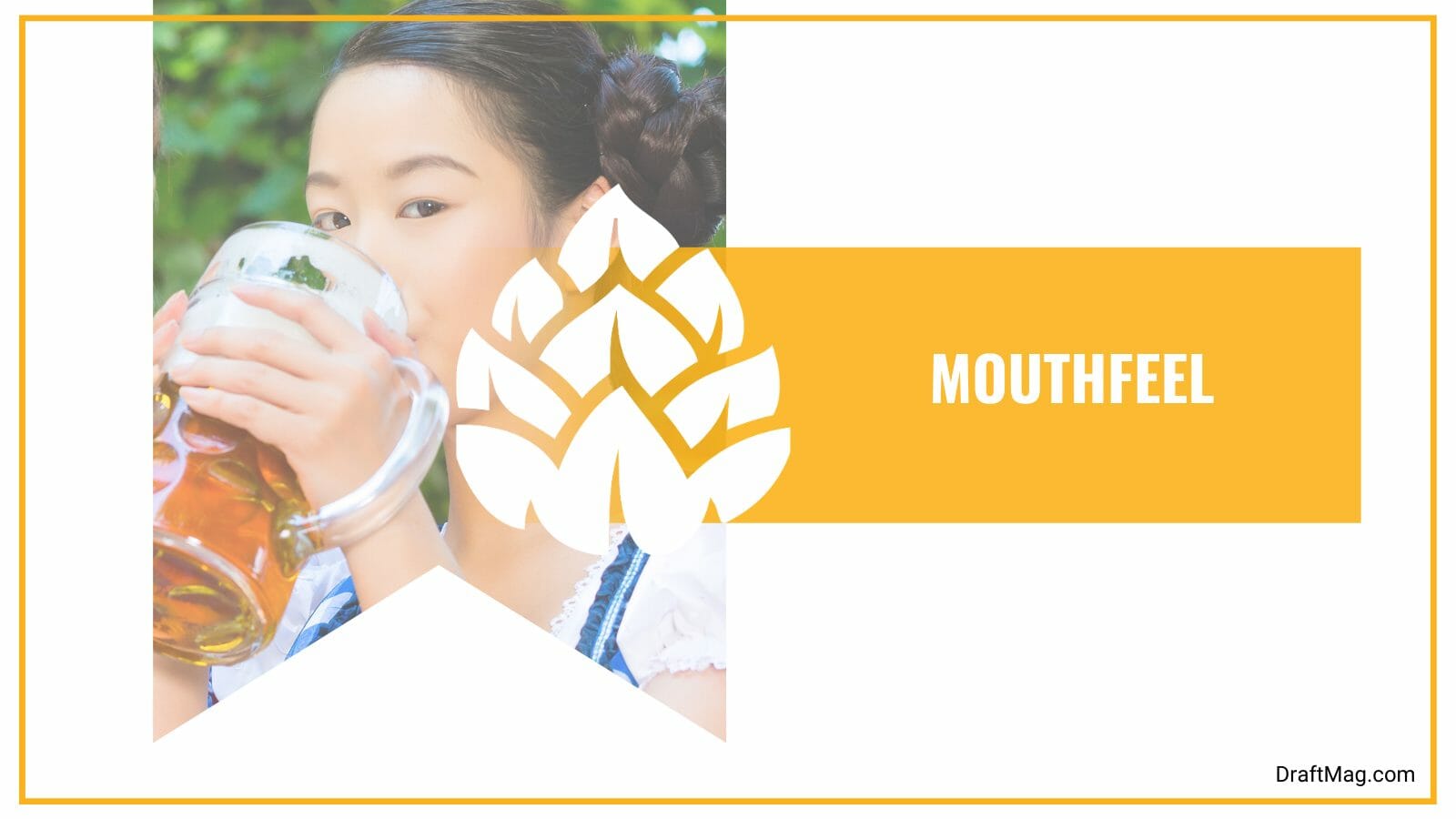 It’s a bit smooth, although it becomes watery in the finish. The beer feels a bit dry on your tongue with some sticky malts.

The flavor of the Mexican beer follows the aroma, but the hops are more pronounced with some skunk. It is also less sweet than the scent, although the corn remains a strong part of the aroma. The overall flavor will remind you of white bread balanced with light hops. It has a clean and grainy taste.

When drinking this Mexican pilsner, you will notice hits of corn, sweetness, caramelized malts, and grains; the hops come and go very quickly, and it tastes thin with a fast finish and no aftertaste. There is also some bitterness, although it quickly transitions to a smooth taste.

One of the highlights of this Mexican pilsner is its versatility, as the beer has enough body to go against barbecue and spicy dishes but also won’t overwhelm delicate and light foods. A fantastic pairing with this beer is seafood and shellfish, as the bright bitterness will contrast the sweetness of the meat. Also, try seared scallops, fish tacos, or grilled shrimp flatbread. 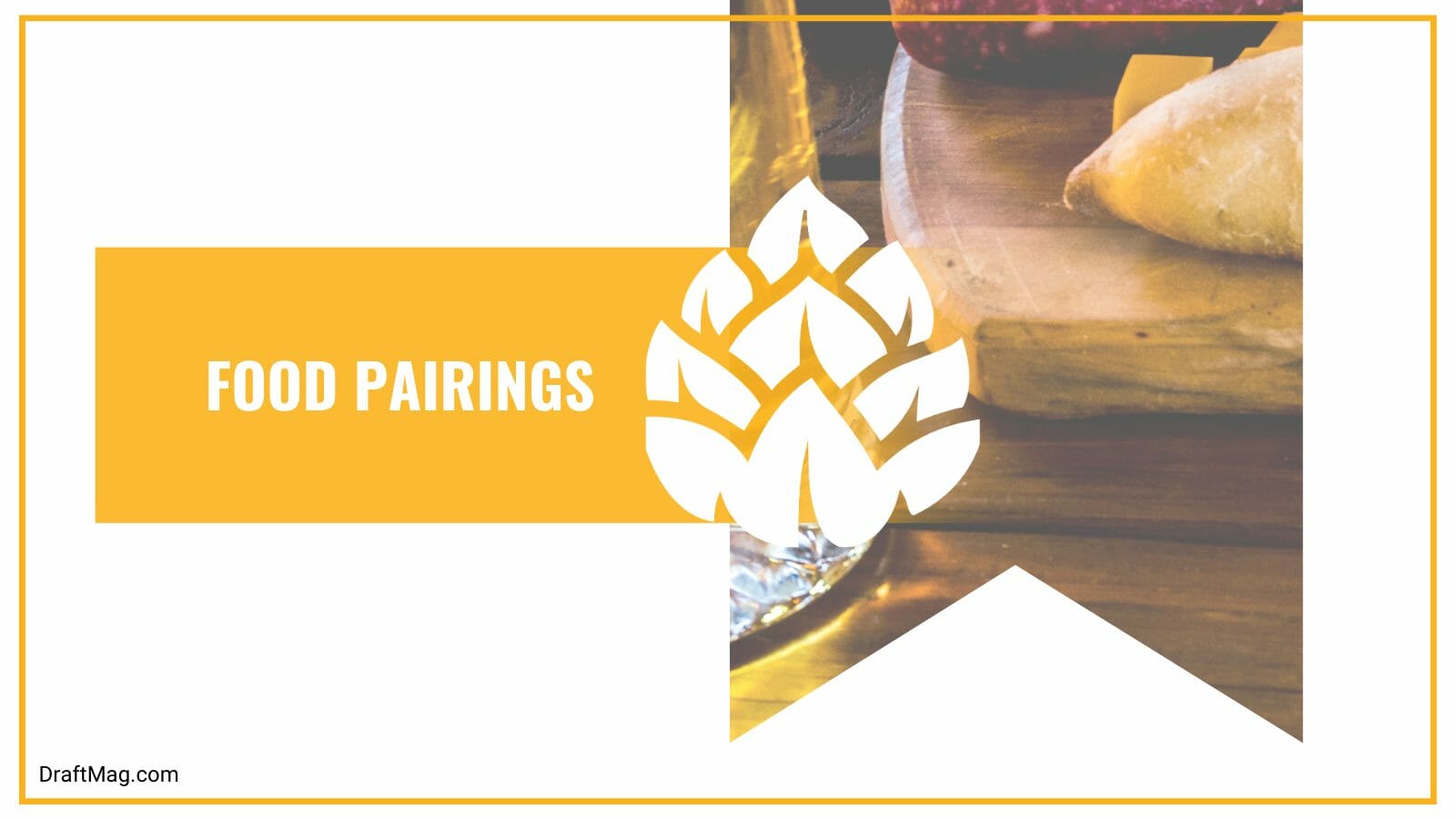 The Jalisco is brewed with only traditional ingredients to make it the pride of Mexico. The beer is made with malts, corn, hops, yeast, and water. The malts offer flavors of fresh bread and caramelized malts, and the corn flavor is well-pronounced. As for hops, you can barely notice them.

You also get 70 mg of sodium and 14 grams of total carbohydrates, with 1 gram of this being sugars. There is 1 gram of protein too. The nutrition facts should be considered in your daily diet. Also, the beer is not keto-friendly or gluten-friendly. It should be avoided by those allergic to barley, corn, and its derivatives.

Authentic Mexican beer was brewed by Grupo Modelo, and it is the first beer in the series of the same name. Other options include the Tropical Chamoy Michelada, Mango Michelada, and Classic Michelada. The beer was first brewed in Guadalajara, Jalisco, which is the second-largest state of Mexico and the country’s cultural capital. 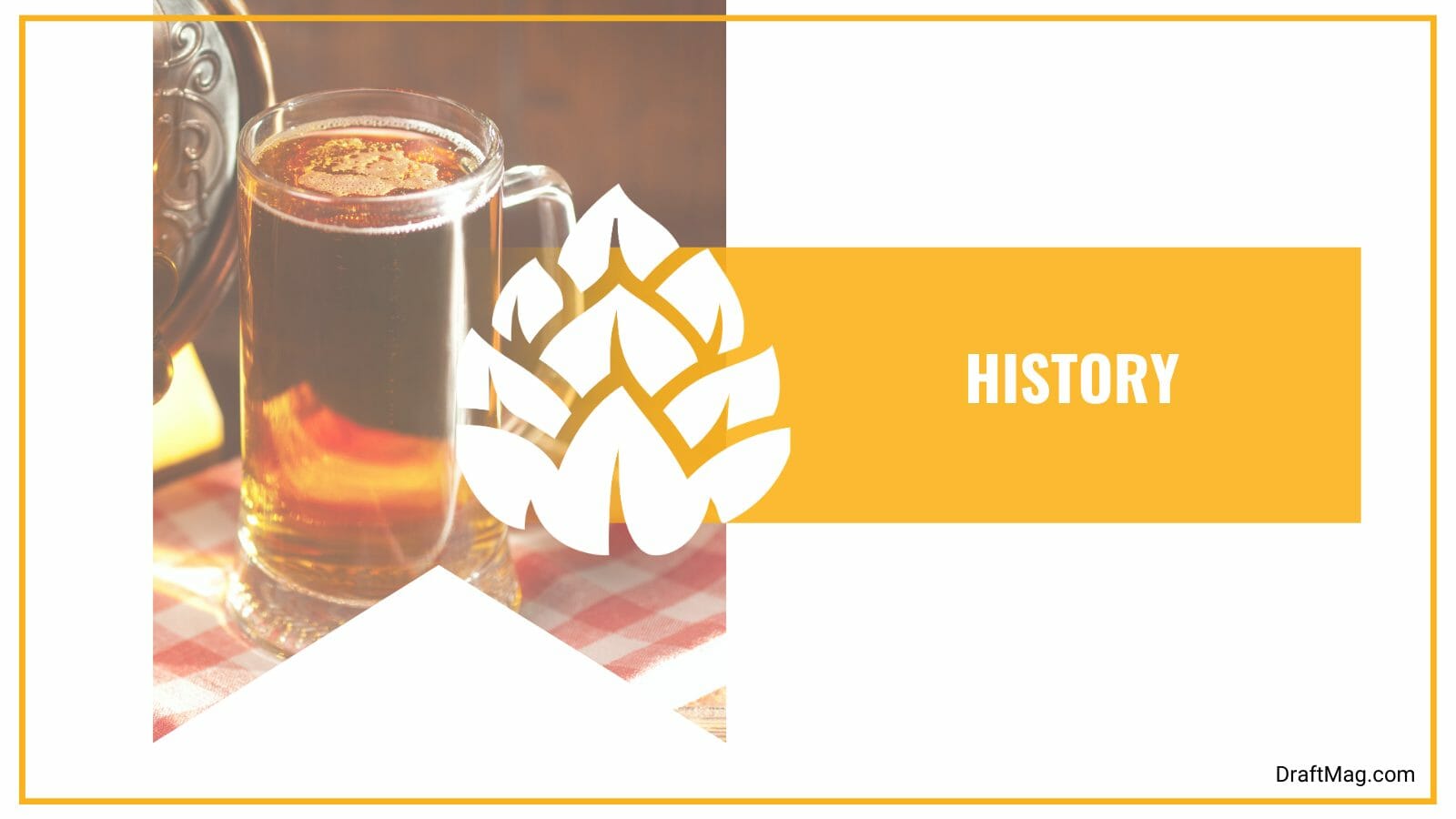 The beer was brewed in 1910 and has remained the same for over a century. As the beer is named after the cultural capital in Mexico, it is meant to keep Mexican traditions alive the more enthusiasts drink it.

If you want a light and refreshing pilsner, you can try out the Estrella beer as it offers flavorful character and a clean taste. Here’s a summary of this beer:

Satisfy your curiosity about this beer by checking out any store near you. You can also purchase this beer online.