Half Acre Daisy Cutter Beer is perhaps one of those beers that blew up almost as soon as it was released. A product of Half Acre Beer Company, this American pale ale is an intricate mix of citrus notes and malt flavors to produce a crispy brew. 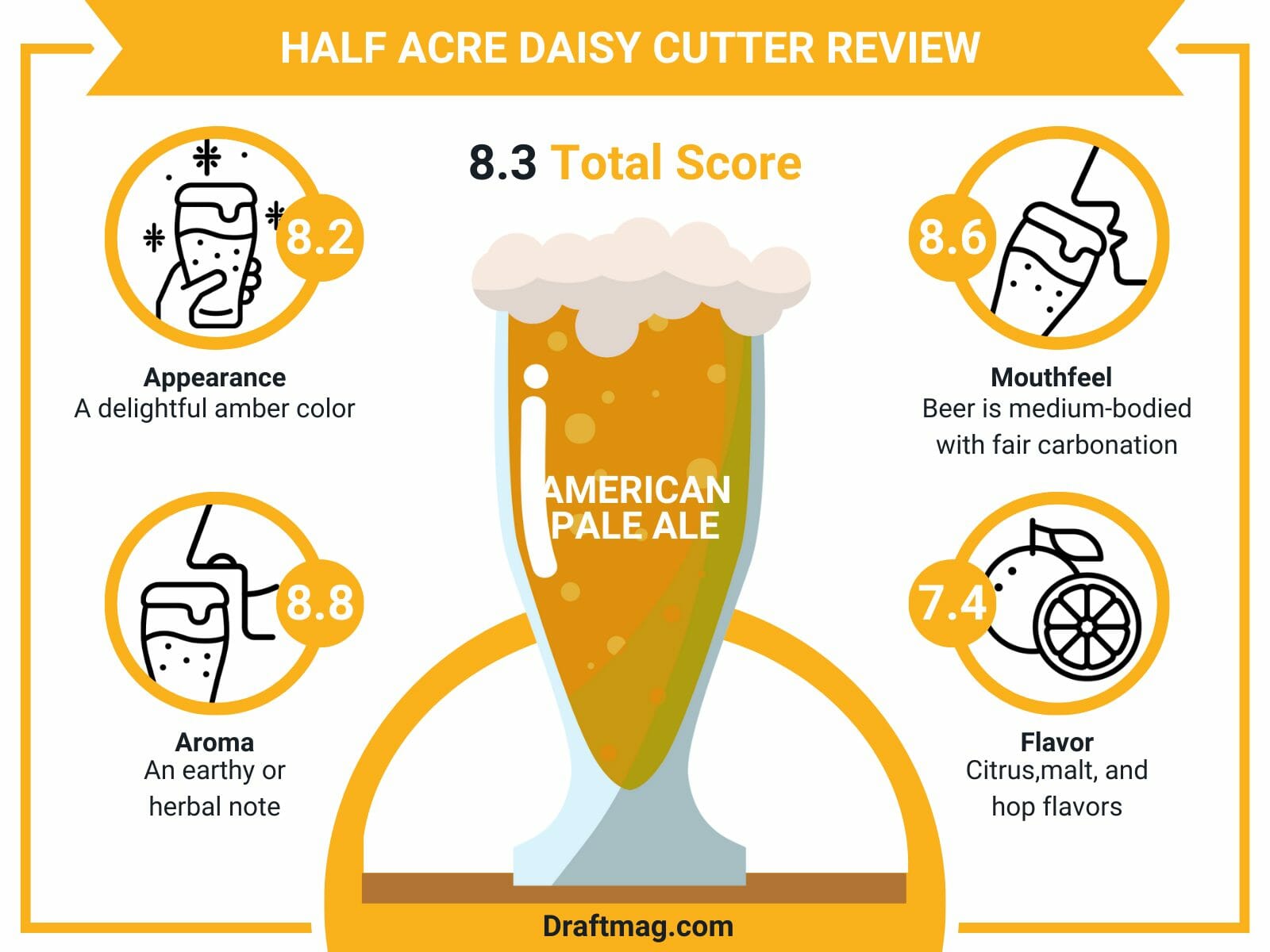 Although it is easy to get carried away by the talk and hype, you’ll need a review that gives an honest breakdown of this beer without the fluff. Fortunately, our beer experts have compiled this detailed guide to supply you with all the information you need about this ale.

This beer is easily a top-requested beer among beer drinkers. Although preferences are an individual experience, our review provides a thorough breakdown of this beer based on the following categories:

This ale pours a delightful amber color that is bright and interestingly translucent. A thick white foamy head immediately rises to the top of the glass and remains there for a minute before receding. The foam head’s remnants stick to the glass’s sides, leaving an impressive layer of lacing.

Although tiny bubbles can be seen floating through the glass, it is easy to tell that the beer has minimal carbonation. Overall, this beer has an attractive look that beckons you to have a taste as soon as possible.

You’re first hit with a powerful doughy scent that reminds you of freshly baked bread or biscuits. This is immediately followed by citrus scents that smell a lot like apple, orange, pineapple, tangerine, and lemon. Another distinctive scent that is quite hard to miss is its hop notes. This hop note comes with a spiciness that can easily be perceived, although it isn’t cloying.

There’s also an earthy or herbal note that smells like pine and grass. The beer also brings to mind a mild tobacco scent, although this is also muted. You are almost made to think this is an IPA due to its smell, although the aroma of this ale is a lot more balanced than most IPAs. There’s little to no hint of an alcoholic presence, and overall, this beer smells great and is inviting as well.

This beer is medium-bodied with fair carbonation that is right for the beer style. Due to its malty character, the beer has some sort of slick, oily mouthfeel that gives it fullness. 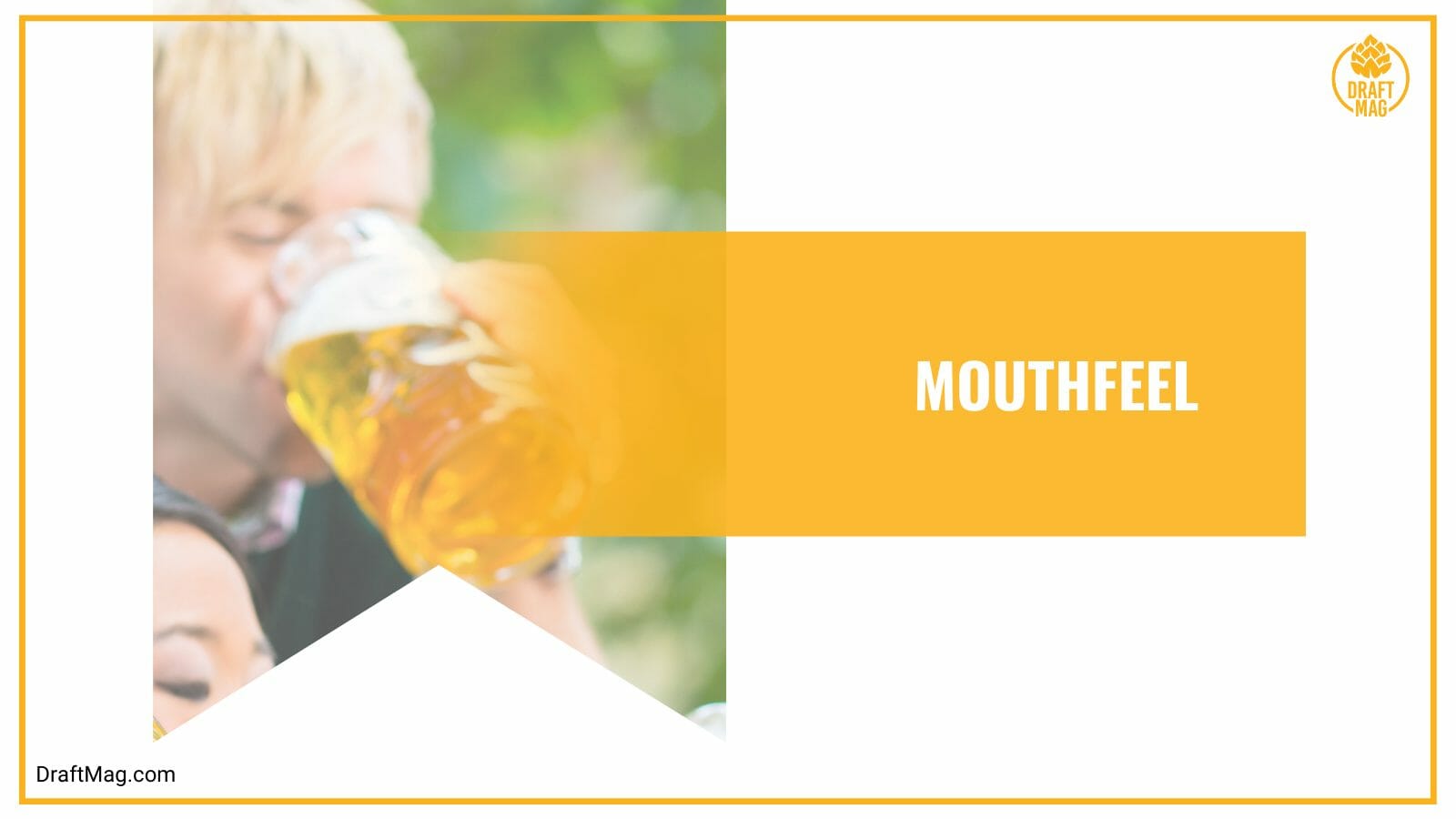 Also, the beer tastes sweet at the start due to the citrus notes and eventually gets bitter. However, the malts balance this bitterness. Our beer experts like to describe this beer as sweet-bitter-malty.

The earthy note of this beer is also most pronounced at this point, as you can detect a piney feel that mixes well with the hop bitterness. You can also taste the alcohol at this point, although it is just about right, with no alcoholic tinge felt at all.

One thing we like about this beer is how it tastes pretty balanced, with no note being more assertive than the other. Although there’s a lingering bitterness, it isn’t biting or unbearable.

The flavor profile of this beer consists mainly of citrus, malt, and hop flavors. It is similar to the beer’s aroma, with a maltiness and a spicy hop flavor. However, we noticed that the malty flavor of this beer is a lot more muted, considering how it smelled. Overall, the hop flavor is more predominant, although none is overwhelming.

We like that this beer has bold flavors without being overly assertive, which is perfect for an ale.

We recommend trying this beer with cheese because its malt and hop flavors pair well with this type of food. You also can’t go wrong with pizza, especially those with chicken or beef toppings, and burgers, as these are a beer staple. 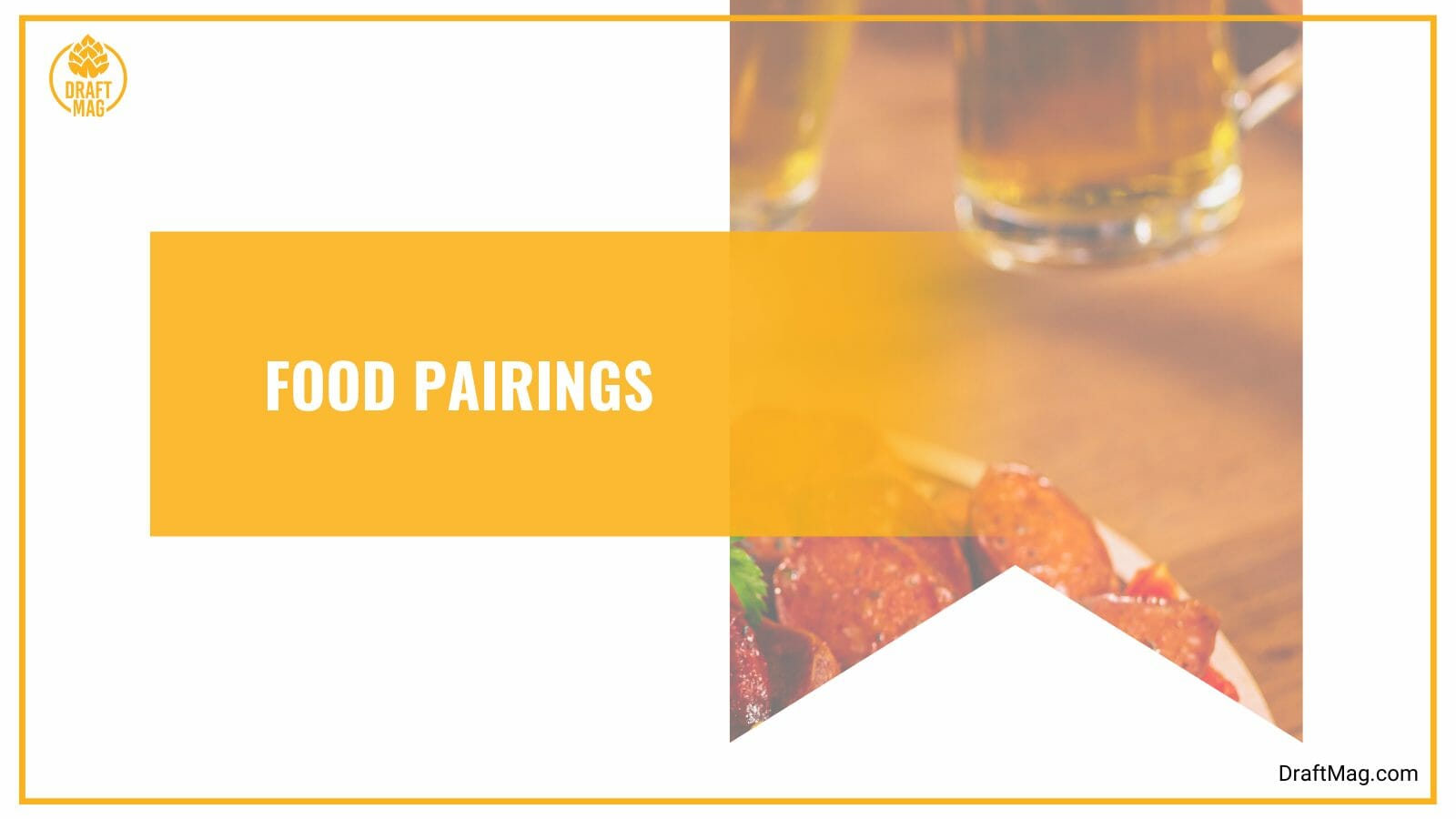 Mexican dishes like tacos, food with cilantro, and other heavily-flavored meals are an excellent option for your beer. You can also pair this beer with fruity salads, sweet desserts, and even sour cream.

This beer is made with traditional ingredients including hops, water, yeast, caramel, and barley malt. There is also an additional citrus peel that gives the beer its fruity scent and flavor, which makes it a unique brew.

This beer contains 156 calories, 12 grams of carbohydrates, zero grams of protein, and zero grams of fat. It also has an IBU of 60 and an alcohol by volume of 5.2 percent. It contains gluten and is made from 100 percent plant-based products, making it vegan-friendly.

The beer was first introduced to the American beer scene in 2009. It is produced by Half Acre Brewing Company, located in Illinois, United States. It was first brewed at the brewery’s Lincoln Avenue location. This brew was one of the flagship beers of the brewery, as there weren’t a lot of breweries in Chicago at the time. 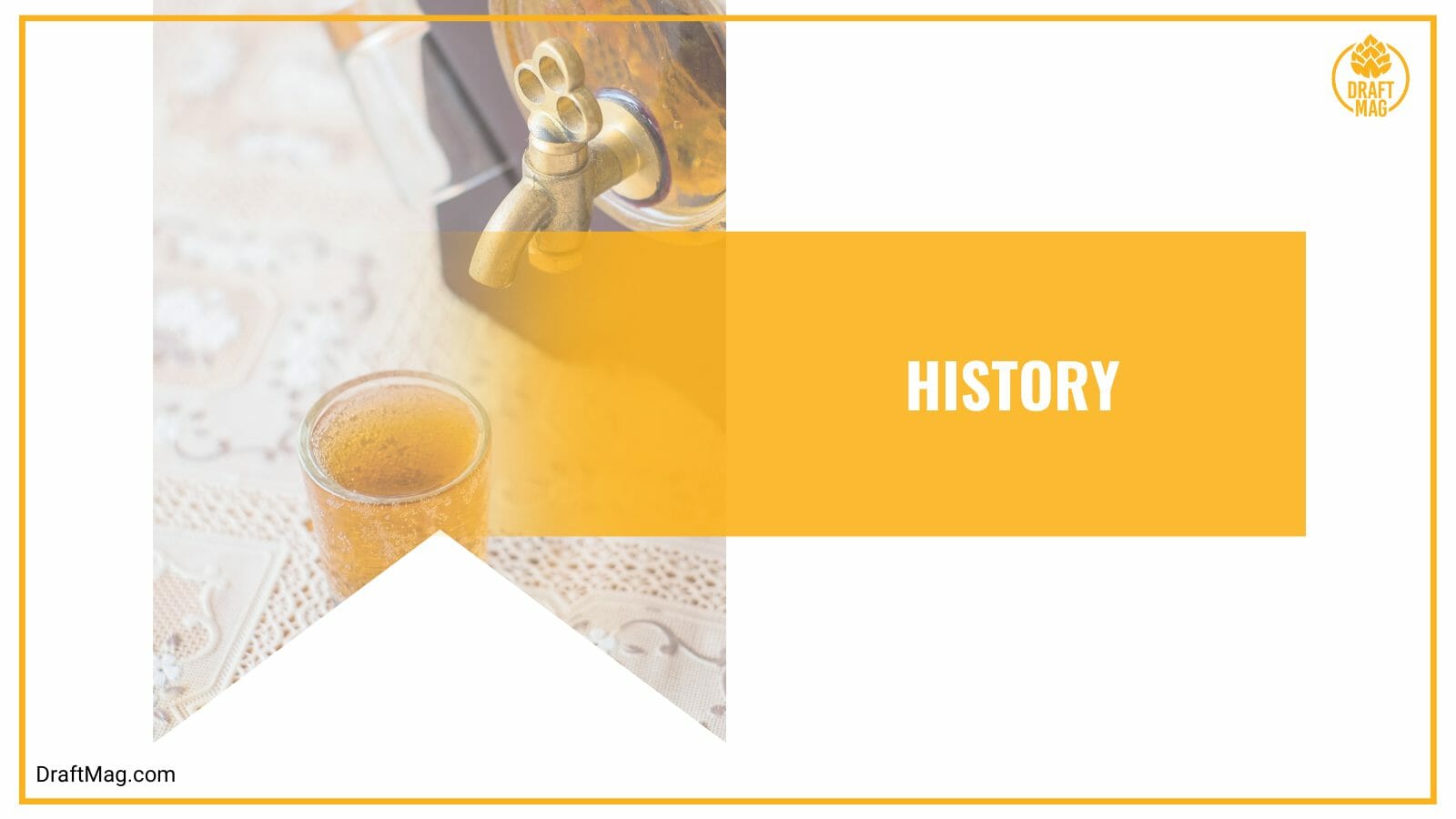 It is an American pale ale known for its medium body and rich dark character, resulting from a mix of malts, hops, and citrus notes. Over the years, this beer has risen to be one of America’s highly requested beers and a game changer in the Chicago brewing scene.

The beer is a perfect blend of malt, citrus notes, and hops. Here’s a quick recap of the points discussed in this review:

It isn’t hard to see why many beer drinkers like this beer. Known for its unique taste and mouthfeel alongside a bitterness that is perfect, this beer is beautifully crafted and comes highly recommended.